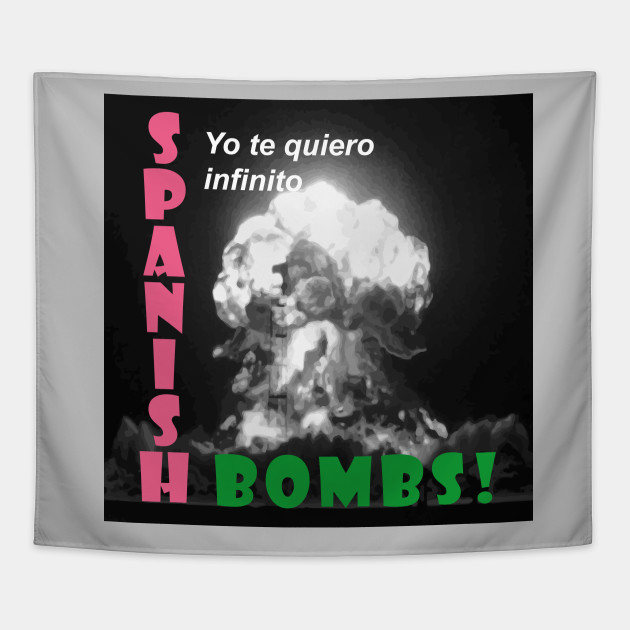 430.  “Girlfriend is Better,” Talking Heads. Songwriter: David Byrne; Did Not Chart; 1984. The 1984 concert film demonstrated something that would have been unthinkable during the late 1970s, that the Talking Heads had evolved into one of the best funk bands on the planet. Author Ben Taylor, “On the ‘Speaking in Tongues’ album, the Talking Heads would blend their funk jones with their previous art-pop sensibilities. A more accessible record than ‘Remain in Light’ with much more humor than had previously been displayed, ‘Tongues’ sounded like Byrne had spent the previous year really enjoying Prince’s ‘1999.’ The swaggering groove track ‘Girlfirend is Better’ splits the difference between infectious and eccentric so well the Purple One must have had a smile on his face.”

429.  “China Girl,” David Bowie. Songwriters: David Bowie, Iggy Pop; #10 pop; 1983. Rolling Stone magazine, “Bowie was known for a wide repertoire of cover songs, including this take on ‘China Girl,’ which he originally co-wrote with Iggy Pop for Pop’s 1977 album, ‘The Idiot,’ an album Bowie also produced. Where the original was a charming but raw guitar-charged balled, Bowie polished the track into a hit with help from Nile Rodgers’ glossy production, the unmistakable guitar tones of Stevie Ray Vaughn and his own sultry lyrical delivery. A single from Bowie’s massive 1983 full-length, ‘Let’s Dance,’ ‘China Girl’ would peak at Number 10 on the Billboard Hot 100, helping his good friend Pop with a windfall of then much-needed royalties.” Producer Nile Rodgers on writing the intro, “David was either going to hate this so much he would fire me, or he was going to get the comedic value of writing this silly little poppy thing.”

428.  “Helter Stupid,” Negativland. Songwriters: Negativland; Did Not Chart; 1989.  The San Francisco provocateurs Negativland weren’t a band in any traditional sense, they specialized in sound collages, mixing comedy with social commentary.  To get out of a potential money losing tour, Negativland issued a press release implicating their 1987 song “Christianity is Stupid” in an Arizona mass murder.  Several media outlets reported the fake press release as a factual document, leading to the 1989 eighteen minute sound college “Helter Stupid,” which mixes disco music, Holy Ghost preaching, and innumerable spoken word interludes to make their point of media hysteria and sensationalism.  Robert Christgau, “’Helter Stupid’ orchestrates a hash of socially conscious clichés – sensationalism, rock censorship, random violence, gun control, assassination, even that rotten horse the broadcast evangelist – into a funny, slightly scary, dumbfoundingly surreal demonstration of why those cliches so excite rock-culture left-liberals. Because they’re all scary, that’s why.”

427.  “Every Word Means No,” Let’s Active. Songwriter: Mitch Easter; Did Not Chart; 1983. North Carolina producer/musician Mitch Easter fronted the garage rock meets power pop outfit Let’s Active.  Blogger Jim Connelly, “From the moment Easter’s guitar kicks off the ringing central riff, doubled almost instantly by bassist Faye Hunter & drummer Sara Romweber, ‘Every Word Means No’ is a massive hook machine, but is also…just a bit off. Like his buddies in the dB’s, there’s a pretty large Big Star influence going on, but mostly in the fact that they liked to add little bits to keep the song from being too rote while always retaining a crazy amount of melodicism.” Easter was considered so hip during the 80s, he got namechecked by Robert Plant to bolster Led Zeppelin’s legacy. Plant, “When I listen to Mitch Easter’s work, I hear a bit of Zeppelin. I heard a steel-guitar bit on the Let’s Active album ‘Big Plans for Everybody’ that sounds just like ‘In My Time of Dying.’ And I was flattered, even though I didn’t play the guitar part. That’s looking backwards. But it’s looking backwards with such gentility and taste.”

426.  “Control,” Janet Jackson. Songwriters: Janet Jackson, James Harris III, Terry Lewis; #1 pop/#1 R&B; 1986. James Harris (Jimmy Jam) on the recording of the “Control” album, ““We recorded ‘Control’ ourselves because we had an engineer who walked out on us. So a lot of things were recorded too loud and were sort of distorted. But it made for an interesting sound because some of the things were fixed and some were left distorted. The record has this kind of loud, frantic sound.”  The title track was Janet’s declaration of independence, as she moved from little sister to superstar.  Jackson, “’Control’ came from the heart. It was all about stepping out, taking control of your life… a certain point in your life when you ask yourself who you are and what you want to do.”

425.  “If I Had a Rocket Launcher,” Bruce Cockburn.  Songwriter: Bruce Cockburn; #88 pop; 1984. Canadian musician Bruce Cockburn wrote the seething political protest song “If I Had a Rocket Launcher” after visiting a refugee camp in Guatemala. Cockburn, “There’s nothing joyful or celebratory about it. It’s truthful, but that’s not a pleasant truth to me. I don’t like reliving it. Most people relate to it for close to the right reasons. It’s a cry of outrage. Very few people understand it as a call to arms. I don’t think songs change the world. People change the world and if people embrace a particular song as a kind of anthem, then that song becomes part of the process of change.”

424. “Punk Rock Girl,” The Dead Milkmen. Songwriters: Joseph Genaro, Rodney Linderman, Dean Sabatino , Dave Schulthise; Did Not Chart; 1988.  Joseph Genaro from the Philadelphia satirical punk band The Dead Milkmen, “I thought, a nice little punk-rock love song would be cool, from the perspective of a guy who wasn’t a punk rocker. He’s attracted to a punk rocker girl.” Genero received assistance from bandmate/bassist Dave Schulthise, “I said, ‘I’ve kind of run out of things that rhyme with girl, He said, ‘How about Minnie Pearl?’ That was good. He also came up with the line, ‘Do you have a beau?’” Rock critic Jason Heller, “Like Elvis Costello’s somehow dorkier little brothers, The Dead Milkmen infuse ‘Punk Rock Girl’ with a sharp wit and a nerdy angst all their own. The song sounds simple—even corny—but it’s rife with smart, subversive flourishes. The asthmatic accordion. Genaro’s strangulated un-solo. And some sly, mischievous runs from founding bassist Dave ‘Blood’ Schulthise.”

423.  “Love Removal Machine,” The Cult.  Songwriters: Ian Astbury, Billy Duffy; Did Not Chart; 1987. Somebody shove Ian Astbury into shallow water before he gets too deep about this “baby baby baby baby baby” rocker.  Astbury, “The chords are pretty direct, an amalgamation of The Rolling Stones (author’s note – ‘Start Me Up,’ in particular) and AC/DC, which is what we were really into. We were into the power of riffs, music from the waist down. We weren’t really over-intellectualizing what we were doing. But ‘Love Removal Machine’ is kind of an aggressive song. Maybe I was railing against rampant materialism and being aware that I was becoming an object, that I was becoming a marketable individual, that the band was becoming marketable. We had a price tag on our heads. Maybe ‘Love Removal Machine’ is a reaction against all of that.”

422.  “All for the Best,” Miracle Legion.  Songwriters: Mark Mulcahy, Ray Neal; Did Not Chart; 1987.  Michael Roffman of Consequence of Sound, “’All for the Best’ recalls that old house you grew up in, but can’t visit anymore. The one whose creaky, wooden floors served as a temporary bed for lucid daydreams on balmy afternoons and whose walls have seen everything from hope to heartbreak. It’s a simple song — startlingly simple, in fact — but life lessons are traditionally uncomplicated, and that’s what this feels like: a meandering meditation on past pitfalls and would-be triumphs.”  Songwriter Mark Mulcahy, “You just hear the lines a bit, and you understand it for yourself. There’s not a hidden anything. You don’t have to know every word to understand what’s happening in a song.” Unsolved mystery: I have no idea why this childhood yearning for love quotes Kenny Rogers’ “Coward of the County.”

421.  “Spanish Bombs,” The Clash. Songwriters: Joe Strummer, Mick Jones; Did Not Chart; 1980. If you were in the market in 1980 for a pop song that compared the Basque nationalist movement in Spain to that country’s Civil War in the late 1930s, the Clash was your band. Author Dave Williams, “This track shows just what they could do with a handful of hooks and a pop melody. As ever, the interplay between Strummer and Jones’s combined vocals produces some wonderful two-part harmonies, while the lyrics compare the experiences of freedom fighters fighting fascism in the Spanish civil war with modern-day tourist visitors. As with so many great Clash songs, the lyrics are an education and Strummer excels himself by singing in what he called ‘Clash Spanish,’ but one doesn’t have to be versed or even interested in political history to recognize that it’s an absolute gem of a tune.”