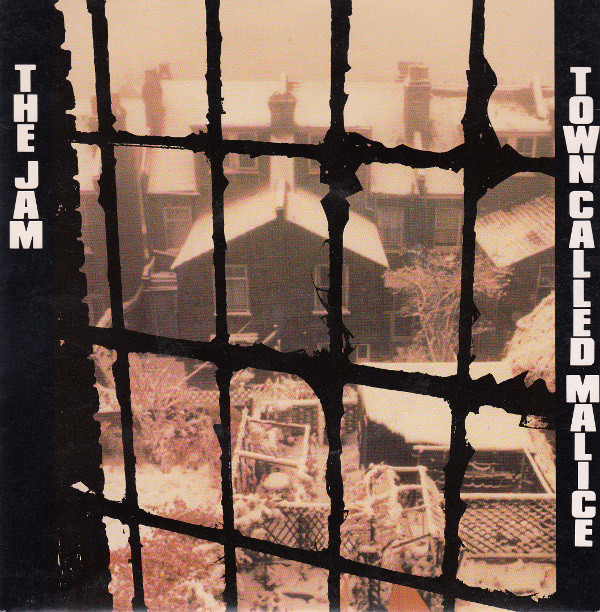 Sunday section gave us a mention/Grandma’s freaking out over the attention.

390.  “The Adventures of Grandmaster Flash on the Wheels of Steel,” Grandmaster Flash.  Songwriters: Clifton “Jiggs” Chase, Melvin Glover, George Jackson, Sylvia Robinson; #55 R&B; 1981. Rock critic Jimmy Guterman in 2010, “’The Adventures of Grandmaster Flash and the Wheels of Steel’ took the cut-and-paste-sound approach used covertly on many records today and the scavenging of other songs as its very subject. The number asks: How smart can you steal? How slick can you mix? This technical apex of one of rap’s leading disc-spinners is tremendously influential; many of today’s dance-music and rock productions are unimaginable without it. Flash started as a South Bronx dance-hall disc jockey whose trademark was taking his favorite rock and rap songs and repeating their hottest elements for heightened effect. ‘Wheels of Steel’ was a solo shot by Flash designed to show off the wizardry that knocked ’em out live. After a stuttering intro, Flash lets Blondie’s ‘Rapture,’ Chic’s ‘Good Times,’ and Queen’s ‘Another One Bites the Dust,’ as well as snippets from earlier Flash/Furious Five singles glide in and slam out of the unwavering beat. These songs of different tempos all fit without being forced. Spoken sections, boasts, and song apexes are finely woven into an amazingly seamless whole.”

389.  “Flip Your Wig,” Hüsker Dü .  Songwriter: Bob Mould; Did Not Chart; 1985. Hüsker Dü  pondered the significance of their cult level fame on this 1985 title track.  Music journalist Andrew Earles on the band’s pop punk perfection, “More so than any other ‘80s underground album – even Sonic Youth’s ‘Daydream Nation’ – ‘Flip Your Wig’ predicted the sound of the late-‘80s/early-90’s indie rock explosion.  Sonic Youth may have encouraged indie rock’s embrace of off-kilter tunings and artiness, but ‘Flip Your Wig’ presented a simpler, more subtle formula for greater staying power, especially when later bands like Superchunk and Nirvana are considered. When a band (e.g., the Pixies) claims to be influenced by Hüsker Dü , or a music reviewer claims this influence for a band, ‘Flip Your Wig’ is the sound referenced.”  Billy Joe Armstrong of Green Day, “We became a three piece because of Hüsker. We went through adolescence listening to this band.”

388.  “Party at Ground Zero,” Fishbone.  Songwriters: Kendall Jones, Angelo Moore, John Norwood Fisher; Did Not Chart; 1985. The almost unclassifiable alternative rock/ska punk/funk metal act Fishbone formed in Los Angeles in 1979 and have created significant headscratching  ever since.  They scored a Top Ten Modern Rock hit with “Sunless Saturday” in 1991, but have generally existed well outside of mainstream circles.  “Party at Ground Zero” is a party ska record performed with the eclecticism of an Afro-centric B-52s.  David Medsker of PopDose, “They were playing ska at a time when even the spinoff bands from the English Beat had forsaken it. Fishbone could also rock when they felt like it, but they lacked the crucial ingredient that propelled the Specials and the Beat to superstar status in their native England and cult status in the States: white guys in their band. Nope, Fishbone were all black, thank you very much, which seriously led some to wonder: ‘are they allowed to do that?’ If you think I’m kidding, then you clearly weren’t there.”

387.  “Goo Goo Muck,” The Cramps. Songwriters: Ronnie Cook, Ed James; Did Not Chart; 1981. The psychobilly/goth/garage punk act The Cramps formed in 1976 and raised countless eyebrows during their two decade plus run.  The Cramps were innovators and revivalists, often filling their albums with covers of regional obscurities. “Goo Goo Muck,” in which the narrator states, “I cruise through the city and roam the streets/Lookin’ for something nice to eat,” was originally released by Bakersfield rockers Ronnie Cook and the Gaylads in 1962.  Lux Interior demonstrates why he was Screamin’ Jay Hawkins for the punk rock era on this song. Mark Deming, summarizing the band’s vision, “Conjuring a fiendish witches’ brew of primal rockabilly, grease-stained ’60s garage rock, vintage monster movies, perverse and glistening sex, and the detritus and effluvia of 50 years of American pop culture, the Cramps are a truly American creation much in the manner of the Cadillac, the White Castle hamburger, the Fender Stratocaster, and Jayne Mansfield.”

386.  “To Hell With Poverty!,” Gang of Four. Songwriters: Dave Allen, Hugo Burnham, Andy Gill, Jon King; Did Not Chart; 1982. Jon King, “I wrote ‘To Hell with Poverty,’ which didn’t have any chords in it. No chords, no verse, no bridge, no chorus. It was a brilliant song. But it was written because we were being programmatical: ‘We’re not going to have any chords.’ And, then weirdly, we got Dave (Allen) to write this amazing hardcore funk bottom end to it – it’s still played as a dance record to this day.”  Hugo Burnham, “I still think that was the best recording we ever did. It’s certainly the truest in sound and fury to the way we played live.” DJ Stereo Faith, “Say what you will about the group, there is something deeply amusing about a punk band composed of highly literate British Marxist art students releasing a single endorsing ‘get drunk on cheap wine’ as a cure for poverty on a major label.”

385.  “We Have the Technology,” Pere Ubu. Songwriters: Chris Cutler, David Thomas, Jim Jones, Allen Ravenstine, Tony Maimone, Scott Krauss, Tom Cartwright, Susan King; Did Not Chart; 1988. “We Have the Technology” has been described as a “sweet tempered ballad,” “cyber-romantic,” and “presciently world weary.” Whether Dave Thomas is revering or lampooning modern technology is a decision left to the listener.  Christopher Laird from Pop Matters, “Pere Ubu takes pop-rock songs and lets the keyboard player squeak, squawk, and burble over the top. ‘We Have The Technology’ has the foundation to be an eternal touchstone of late ’80s indie rock (think “Where Is My Mind?” or “Freak Scene”), but as it is, it’s a solid song with a bunch of atonal sounds thrown on top to hide itself from widespread notice.” Personally, I prefer to think of Allen Ravenstine’s synthesizer interjections as an interesting alternative conversation.

384.  “Controversy,” Prince.  Songwriter: Prince; #70 pop/#3 R&B; 1981.  Prince continued to build his mercurial image with the title track to his 1981 album “Controversy” asking, “Am I black or white, am I gay or straight? Do I believe in God, do I believe in me?” Those simple questions would be career defining issues for Prince. As Iman Lababedi once noted Prince was like a reverse Elvis, “Presley was black songs by a white man, Prince was doing white songs by a black man.”  His aloofness allowed fans to project what they wanted to see in the artist, whether it be poet, visionary, true believer, fraud, or just a good looking guy with undeniable talent. To boil it down, Prince was pretty clever about he addressed or didn’t address major issues regarding sexuality, race, and religion. He didn’t rename himself as a symbol by accident.  Oh, by the way, this is a funky song and you can dance to it.

383.  “Town Called Malice,” The Jam.  Songwriter: Paul Weller; Did Not Chart; 1982.  Ray Davies, “I love ‘Town Called Malice’ because it’s got a great snare-drum sound. Sometimes that’s all it takes. Also the production values, the Tamla Motown riff. It’s Detroit meeting London, a blue-collar combination. I didn’t really pick up on its commentary about unemployment, and collapsing communities. But I think any artist of Paul’s calibre, living in Britain in 1982, would not have failed to notice what was going on. You could say it’s a working-class resistance song. It’s a song that says don’t be crushed. It’s a great record, irrespective of the lyrics and whatever inspired them. But if that’s what it takes to produce art of that sort, it paid off. A lot of good writers tap into the common consciousness. And the young Paul had that.”

382.  “Let It Go,” Def Leppard.  Songwriters: Pete Willis, Steve Clark, Joe Elliott; Did Not Chart; 1981.  Billboard magazine, “Like the title says, Def Leppard lets it rip on this song from 1981’s ‘High ’n’ Dry’ with AC/DC-style power chords and a wailing, Led Zeppelin-esque outro.”  Joe Elliott, “With things like “Let It Go” and ‘High ‘n’ Dry,’ I’m this kind of beer-swilling bastard. Which I really wasn’t. But that was Mutt trying to push me out front, the same way Bowie tried to push Ian Hunter out front in Mott.  Mutt wanted me to at least be given the opportunity to be in that kind of spotlight. It’s not something I would have done myself, but I was okay with it. I was all of 21 years old – I was just happy to not be working in a factory anymore.”  Chuck Klosterman, “’Let It Go’ is dandy rock candy.”

381.  “Cool It Now,” New Edition. Songwriters: Vincent Brantley, Rick Timas; #4 pop/#1 R&B; 1985. From Rolling Stone’s list of the Greatest Boy Band Songs of All Time, “Producers Vincent Brantley and Rick Timas were so convinced that “Cool It Now” was a fit for the group, they tracked down the label president and ambushed him with the track at a Los Angeles fried-chicken joint. The ploy worked, and the producers’ instincts proved correct: ‘Cool’ showcases the members’ silky harmonies, while Ralph Tresvant’s slightly indignant rap toward his unsupportive friends ‘Ronnie, Bobby, Ricky and Mike’ doubled as both introduction and sample-ready catchphrase.” Songwriter Vincent Brantley on the short rap interlude, “They were listening to Run-D.M.C. and all these rappers. They were trying to imitate other rappers. We decided to put a little rap thing in the song, which wasn’t a thing then – it was a pioneering move.”