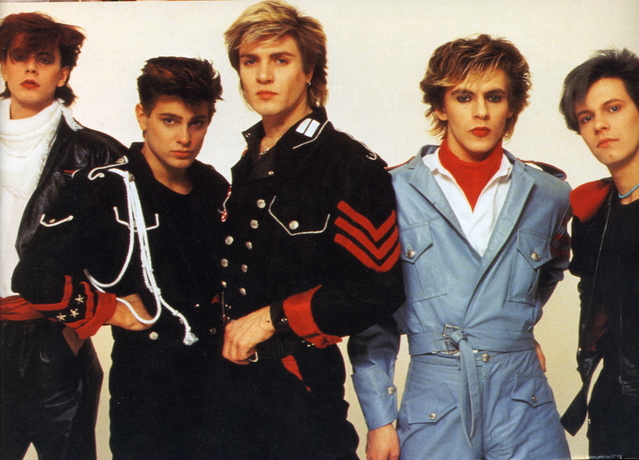 340.  “Waiting on a Friend,” The Rolling Stones. Songwriters: Mick Jagger, Keith Richards; #13 pop; 1982. It took the Stones almost a decade to finish “Waiting on a Friend,” a feel good song about companionship.  Billy Joe Armstrong of Green Day on wanting the song played at his funeral, “When you’re up in heaven, or wherever you’re at, you’re just waiting for friends to come along.” Jazz legend Sonny Rollins played on the track.  Charlie Watts, “Mick asked me about a tenor player for “Waiting on a Friend’ and I suggested Sonny. He did that song then wanted to have a go at another one, a real lairy rock ‘n’ roll thing called ‘Neighbours.’ He played great on it. It was an overdub, unfortunately, so we never played together. Probably just as well. My goodness, I’d sit there and think, ‘bloody hell, what am I going to do here?’  I’d feel like an impostor, because that’s the highest company you can keep.”

339.  “Skeletons,” Stevie Wonder. Songwriter: Stevie Wonder; #19 pop/#1 R&B; 1987.  Paul Simon in 1989, “Can anyone imagine what the last twenty-five years of American popular music would be without Stevie Wonder? He is the composer of his generation.” Stevie Wonder returned as the king of moralist funk on “Skeletons,” described by music journalist David Wild as, “a brilliant Wonder work, an edgy number driven by the same socially conscious anger that fueled his Seventies classics ‘You Haven’t Done Nothin,’ ‘Living for the City,’ and ‘Big Brother.’” Robert Christgau, “’Skeletons’ is a wild assault on Reaganite hypocrisy that piles on eight consecutive choruses, each with a new set of rhymes to describe what the crooks are gonna do – drop-shock-pop, shake-ache-break, lie-spy-fry.”

338.  “Back in Black,” AC/DC.  Songwriters: Angus Young, Malcolm Young, Brian Johnson; #37 pop; 1981.  If you would have caught Andy Hoots and I driving through the mean streets of Rector, Arkansas in 1980, there is a 97.8% probability that we would have been blasting an 8-track of “Highway to Hell” or “Back in Black” at a window shaking volume.  At the age of fourteen, I didn’t need to hear geo-political essays set to music or existential angst anthems.  Songs about drinking and sex and juvenile delinquency satisfied my junior high school soul. Howard Johnson of Louder Sound, “Starting with a scratchy little guitar count-in, things go large when the song’s gargantuan riff kicks in. There’s no need for speed when you’ve got this much power, and the band lock in and rock out throughout four minutes and 15 seconds of mid-pocket mayhem.” As the title track, the theme paid tribute to the late Bon Scott, but the energy let AC/DC fans know that their calling card would still be high voltage rock ‘n’ roll.

337.  “Back on the Chain Gang,” The Pretenders. Songwriter: Chrissie Hynde; #5 pop; 1983. In June of 1982, Pretenders guitarist James Honeymoon-Scott died of a drug overdose and shortly thereafter bassist Pete Farndon was fired due to his addiction issues. Fardon passed away the following year. Timothy and Elizabeth Bracy of Stereogum, “In the run up to (the 1984 album) ‘Learning to Crawl,’ the magnitude of loss in Hynde’s life is difficult to calibrate. Fraught personal relationships alongside the death of two of her former bandmates made for an atmosphere of mourning and profound regret. ‘Back on The Chain Gang,’ nominally an ode to James Honeyman-Scott, weds an unforgettable melody and a gorgeous, chiming Byrds-style riff to one of the saddest meditations on loss in the rock music tradition. ‘I saw a picture of you,’ she reflects to her long gone friend, ‘those were the happiest days of my life.’”

336.  “Atomic Dog,” George Clinton.  Songwriters: George Clinton, Garry Shider, David Spradley; #1 R&B; 1983.  George Clinton entered the world of electronic funk with his 1982 solo album “Computer Games,” best known for its bow-wow-wow-yippie-yo-yippie-yay cat chasing number “Atomic Dog.” George Clinton, “When I first put that record out, the first under my own name, the record company told us that it didn’t go gold, but it has since helped a lot of other artists go platinum.”  Public Enemy sampled “Atomic Dog” on their 1990 album track “Brothers Gonna Work It Out.”  Clinton, “The guys from Public Enemy have always been my favorites, because when they sample my music they were really clever and made new arrangements from the songs. I loved the way they used the funk.”

335.  “Hungry Like the Wolf,” Duran Duran.  Songwriters:  Simon Le Bon, Nick Rhodes, John Taylor, Roger Taylor, Andy Taylor; #3 pop; 1980.  Music journalist Jeremy Allen, “If Duran Duran were essentially an electronic band with a heavy rock guitarist bolted on, then ‘Hungry Like the Wolf’ was the sound of the rockier elements within the camp winning (the battle rather than the war). It even resonated with the grunge generation, with Hole releasing a cover as the B-side of Doll Parts in 1994: ‘This is the best song ever written that you all pretend not to know,’ drawled Courtney Love at the outset of the live recording.”  Drummer Roger Taylor on the initial U.S. reaction to the band, “We’d go to Alabama or Texas and the girls would be screaming and the guys in cowboy hats would be looking at us with clenched fists. I don’t suppose they’d seen so many guys in make-up pouting before.”

334.  “Say What!,” Stevie Ray Vaughan and Double Trouble.  Songwriter: Stevie Ray Vaughan; Did Not Chart; 1985. From Guitar World, “The opening track on SRV and Double Trouble’s third album (‘Soul to Soul’), ‘Say What!’ is a swinging 12/8 instrumental that features intense, virtuoso guitar work drenched in echo and heavy wah-wah. ‘Say What!’ had been a jam, like Hendrix’s ‘Rainy Day, Dream Away,’’ bassist Tommy Shannon recalls. Rumor has it that, for this track, Vaughan used a wah that had formerly belonged to Jimi Hendrix. Allegedly, the wah was acquired by brother Jimmie Vaughan in a trade with Hendrix when the two played a show together in Forth Worth, Texas, in 1969.” In short, this is the most gifted guitarist of his era, showing what he can do when the mood hit.

333.  “Good Thing,” Fine Young Cannibals. Songwriters: Roland Gift, David Steele; #1 pop; 1989. After the breakup of The English Beat, bassist David Steele and guitarist Andy Cox formed the Fine Young Cannibals with vocalist Roland Gift.  The band brought a retro Northern soul sound to the top of the charts in 1989 with “Good Thing,” their second U.S. #1 single, following 1988’s “She Drives Me Crazy.”  Dave Thompson from the AllMusic website, “The song is littered with Sixties musical references – the flurried guitar strum that opens the song, the prominent piano riff, the keyboard solo in early rock’n’roll style, the surfy guitar, the doo-wop harmonies, and faux handclaps all reek of an earlier era, with only the slamming beats of the drum machine to drag the song into the modern world and onto contemporary dancefloors. Roland Gift lovingly recreates the soulful styling of the Motown of yore, then shifts into the more impassioned fashion of Stax.”

332.  “Don’t Disturb This Groove,” The System. Songwriters: David Frank, Mic McMurphy; #4 pop/#1 R&B; 1987. Vocalist Mic Murphy and keyboardist David Frank comprised the New York duo The System, an act that played synth pop with an R&B feel. They hit the R&B Top Ten in 1983 with “You Are in My System,” a song that was also a minor hit for Robert Palmer that year.  The 1987 slow jam “Don’t Disturb This Groove” was their sole crossover pop hit.  David Frank, “I worked on a musical track for two or three days, and I remember thinking, ‘Why am I spending so much time on this? I don’t know whether it’s going to be good, it’s a little bit too jazzy, and I’m probably making a mistake. But I couldn’t stop myself.”  Frank has also noted that the chord changes in Earth, Wind and Fire’s “That’s the Way of the World” influenced his songwriting on “You Are in My System” and “Don’t Disturb This Groove.”

331.  “Egg Man,” Beastie Boys. Songwriters: Mike Diamond, Adam Horovitz, Adam Yauch, John King, Mike Simpson; Did Not Chart; 1989. Producer Mike Simpson of the Dust Brothers on the “Paul’s Boutique” album, “Up until that point in hip-hop, people had been using samples very sparsely and minimally. If anything, they would use one sample in a song and take a drum loop and that would be the foundation. But what we were doing was making entire songs out of samples taken from various different sources. On ‘Paul’s Boutique’ everything was a collage. There was one track on which the Beastie Boys played some instruments, but apart from that everything was made of samples. But we never had a grand vision of trying to make groundbreaking music. We just enjoyed making music in a way that was an extension of our DJing, combining two or three songs, but with greater accuracy than you could do with turntables.” “Egg Man” mixes samples from Curtis Mayfield, Public Enemy, and the films “Jaws” and “Psycho” in a mission to righteously smash eggs at deserving hypothetical targets.  Hooliganism at its funkiest.