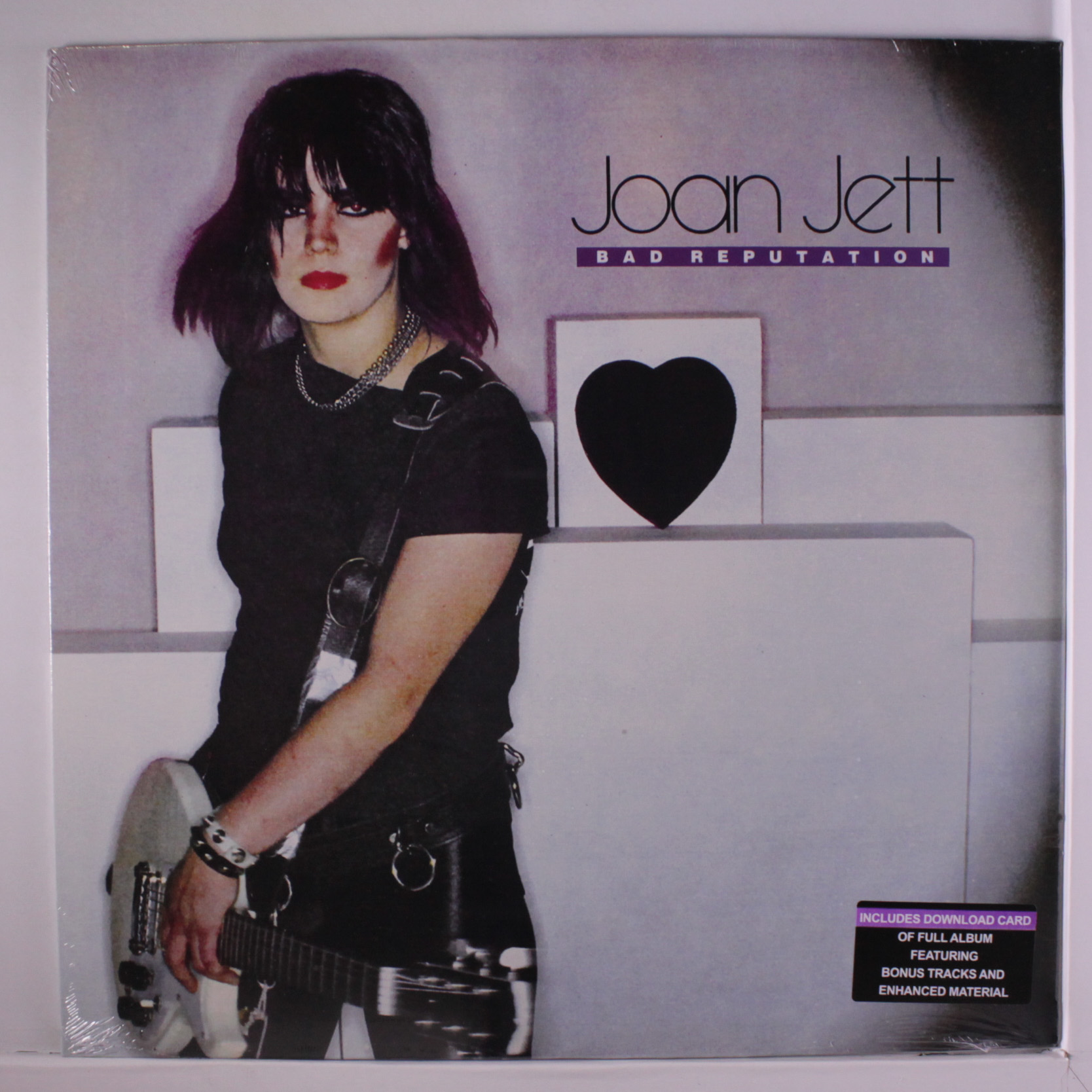 240.  “Labelled with Love,” Squeeze.  Songwriters: Glenn Tilbrook, Chris Difford; Did Not Chart; 1981.  This 1981 U.K. Top Five single was produced by Elvis Costello and had a decidedly country sound.  Chris Difford was inspired to write the lyrics about an aging female alcoholic after viewing a photo of an older woman in Paris from 1936.  Difford, “’Labeled with Love’ was an adult lyric in a way that the older generation could latch on to and understand. My mother absolutely loved it. The story is about the end of a relationship after the war. I’d been reading about American soldiers in Britain during the war who married English girls and whisked them off their feet to the States.”

239.  “Debaser,” The Pixies.  Songwriter: Black Francis; Did Not Chart; 1989.  The Pixies sound like a classic guitar band on “Debaser,” but infuse the song with lyrical absurdism for a built-in generation gap. Doug Moore of Stereogum, “If you listen to ‘Debaser’ without paying attention to the lyrics, you’ll probably conclude that it’s a happy song. If anything, it sounds a little too happy — there’s an undercurrent of mania. Dave Lovering drives the sunny melody to a caffeinated allegro; Santiago’s guitar chimes away idiotically; Black Francis screams himself to ecstasy in the verse. ‘Debaser’ smiles broadly, but you can hear molars grinding behind the grill. Francis was fascinated with surrealist films and this song marks the apex of his obsession. He gets hot and bothered over a particularly gruesome scene from Salvador Dalí’s 1929 film ‘Un Chien Andalou’: ‘Got me a movie, I want you to know/Slicin’ up eyeballs, I want you to know/Girlie so groovy, I want you to know/Dunno about you, but I am un chien Andalou.’ His Freudian freakout is our windfall; ‘Debaser’ is one of the most instantly classic songs Pixies ever recorded.”

238.  “Pump Up the Jam,” Technotronic featuring Felly.  Songwriters: Manuela Kamosi, Thomas de Quincey; #2 pop/#10 R&B; released in 1989, peaked on charts in early 1990. “House” music, a merger of disco and techno, became a popular trend in Chicago during the mid-1980s and hit the pop mainstraim at the end of the decade with “Pump Up the Jam,” a Top Ten single in 18 different countries. Blogger Nappy of Complex on this Belgian studio dance number, “Call it what you want, but ‘Pump Up the Jam’ was the first house track to crack into the mainstream. It helped that it was a ‘hip-house’ track, combining rhymes over an uptempo beat that played perfectly into the sound of the scene, with the Jungle Brothers’ ‘I’ll House You’ being one of the best examples of this trend. With the late ‘80s/early ‘90s experimenting more with electronic sounds in pop music, ‘Pump Up the Jam’ was the perfect track at the perfect time.”  By the way, in the grand tradtion of Villi Manilli, Felly was a model used for the video, the rap was performed by a Congolese/Belgian hip hop artist known as Ya Kid K (an easier name to remember than Manuela Barbara Kamosi Moaso Djogi).

237.  “Heartbreaker,” Pat Benatar.  Songwriters: Geoff Gill, Cliff Wade; #23 pop; released in 1979, peaked on the charts in 1980. Neil Giraldo, “’Heartbreaker’ was the baby. It started out everything.” Pat Benatar, “It was the signature…everything. It captured the sentiment, the musical thing, the vocal style, the lyric – everything was just exactly what was necessary to start it off.  It was such a magical moment in our life.” Brian Kachejian from the Ultimate Classic Rock website, “Pat Benatar’s breakout song ‘Heartbreaker,’ remains one of the most exciting rock and roll songs of all time. If you were live and wide awake in America in the late 1970s and first heard this song on the radio in 1979, then you were stopped dead in your track while listening to a voice that sounded like no other. Her acapella vocal riff in the middle of the song was one of those rare rock moments that cemented her arrival in rock lore.”

236.  “Deaf Forever,” Motorhead.  Songwriters: Ian Kilmister, Michael Burston, Phil Campbell, Peter Gill; Did Not Chart; 1986. Motorhead returned to their Euro-disco roots on the Giorgio Moroder produced 1986 album “Orgasmatron,” and Lemmy reflects on the glory days of Studio 54 on the international dance hit “Deaf Forever.”  Sir Monti Rock III reunited Disco Tex and the Sex-o-Lettes to chirp “doo dat dance, doo dat dance” in the background while Lemmy cheerily noted, “Sinking down, killing ground, worm crawling on your cold white face.” Lemmy on performing on “Soul Train,” “When Don Cornelius gazed into my eyes and said ‘groovy’ in that seductive baritone voice, I finally understood the true meaning of ‘Love Me Like a Reptile.’”

235.  “Bad Reputation,” Joan Jett.  Songwriters: Joan Jett, Ritchie Cordell, Kenny Laguna, Marty Joe Kupersmith; Did Not Chart; 1980. Joan Jett manager Kenny Laguna, “It’s about Joan having been kind of a wild woman in The Runaways, and us trying to make a record deal, going around having people say, ‘No, she’s too crazy, like the punks and nazis.’ Joan had this bad reputation, no label would sign her – that’s why we own the records. It was so frustrating, we thought we should write a song about it. One day Joan said something and I said, ‘You shouldn’t do this.’ I was trying to give her the advice of an old man, but she was a teenager at the time, and she says, ‘Look, I don’t care about my bad reputation.’ I said, ‘Whoa, there’s the song.’”  Music journalist Steve Peake, “’Bad Reputation’ is simply a perfect distillation of Jett’s strengths as a songwriter and performer of rebellious rock and roll. Stylistically and thematically an apt sequel to ‘Cherry Bomb’ – the explosive signature track of the all-female Runaways – this song likewise serves up a potent cocktail of glam-inspired, greasy hard rock laced skillfully with the aggression, attitude and fierce independence exemplified by punk rock.”

234.  “Cruisin’,” Smokey Robinson.  Songwriters: Smokey Robinson, Marv Tarplin; #4 pop/#4 R&B; released in 1979, peaked on charts in 1980.  “Cruisin’” was a return to the Top 40 charts after a four year absence for Smokey Robinson and was his second highest charting solo hit, his biggest being 1981’ s #2 single “Being with You.” Miracles guitarist Marv Tarplin provided the music. It took Smokey five years to come up with the lyrical theme, which was partially inspired by “Groovin’,” the 1967 #1 hit by The Young Rascals. A beautiful arrangement and vocal performance, Smokey once commented on the deliberately vague title, “’ Cruisin’ is a word that I leave up to the listener. When you’re with the person you’re with, and you feel you’re cruisin,’ it’s whatever you want it to be.”

233.  “Jungle Love,” The Time.  Songwriters: Prince, Morris Day, Jesse Johnson; #20 pop/#6 R&B; 1984.  Prince put together the R&B act The Time with Minneapolis musicians in 1981 and they had three R&B Top Ten singles before breaking pop (1981’s “Get It Up,” “Cool,” and 1982’s “777-9311”), all written by His Holy Purpleness.  The original version of The Time included future megastar producers Jimmy Jam and Terry Lewis, but they had departed before the band appeared in the 1984 film “Purple Rain” and scored their breakthrough crossover hit with the animal lust number/dance song “Jungle Love.”  Music journalist Jeb Gottlieb on the broad based appeal of “Jungle Love,” “Immediately powerful and fun. It’s new wave and disco, funk and pounding rock ‘n’ roll all at once.” Guitarist Jesse Johnson in 2009, “Prince was the one who had the money and was putting us all out there, but you’re talking about hungry kids from the ghetto trying to get their groove. The only power we had was those 45 minutes onstage, because it’s a dictatorship. He ran everything.”

232.  “Streets of Bakersfield,” Dwight Yoakam with Buck Owens.  Songwriter: Homer Joy; #1 country; 1988.  When Buck Owens was one of the biggest stars in country music, he would often receive unsolicited tapes from aspiring songwriters.  Most of them went directly to the garbage, but Washington native Homer Joy’s submission got a hearing – mainly because Buck’s publisher found great humor in the name Homer Joy.  The tape impressed Owens to the point where Joy was made a staff writer for his publishing company. Joy was inspired to write “Streets of Bakersfield” after having an altercation with a studio producer (“you don’t know me, but you don’t like me”) and pacing the streets until his ill fitting cowboy boots blistered his feet to the point he could barely walk. Buck Owens cut “Streets of Bakersfield” in 1973, but the original version wasn’t released as a single.  Years later he reflected, “I always thought it was a big song and that’s why I harangued Dwight to record it.”  The duet version, with Conjunto legend Flaco Jimenez on accordion, resulted in a #1 country hit, giving Owens a late career return to the public spotlight.

231.  “I Told You So,” Randy Travis.  Songwriter: Randy Travis; #1 country; 1988. Randy Travis wasn’t a prolific songwriter and this is his only major hit where he has the sole writing credit.  Conceptually, this #1 single is about a man who wants to atone for his sins and reunite with a former lover, but he’s overwhelmed by the thought of rejection.  Travis was always a “serve the song” type of performer, but this is one of the few times he went out of his way to display his enormously powerful voice.  Simply put, one of the best performances by one of the genre’s best vocalists. Chris Gay of the Houston Chronicle, “The pristine arrangement sounds engineered for maximum heartbreak without laying the schmaltz too thick, but the revelation in the last line of the chorus – ‘I’ve found somebody new and you will never break my heart in two again’ — feels like getting stabbed by a dagger sheathed in velvet.” A 2009 duet version by Travis and Carrie Underwood went to #2 on the country charts and was a crossover pop Top Ten hit.