Tech Company Topeka Offers A Front-Row Experience Unlike Any Other 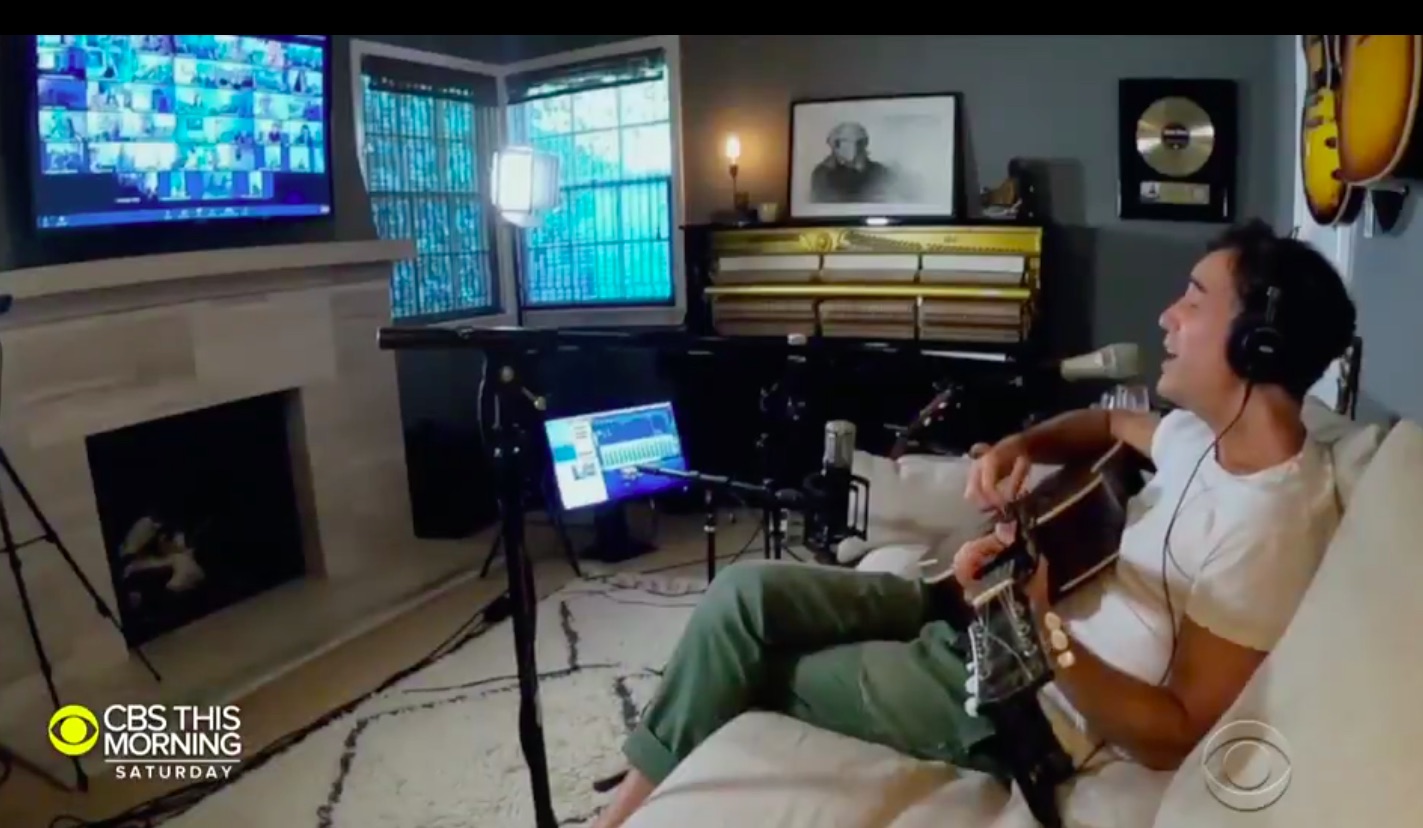 After 9 months of pandemic and possibly trillions of Livestreams on Facebook, Instagram, Youtube, Twitch, and other platforms, not only you may be tired of watching your favorite musician on your computer screen, but you may have exhausted the possibilities of the format.

I personally don’t care too much about Livestreams, free or not, they are most of the time dreadful and make me miss live concerts even more. I tried to watch some of them at the beginning of the pandemic but gave up very quickly. There is a reason why I was not watching filmed concerts before, I was not interested unless it was David Byrne’s ‘American Utopia.’ And when a few artists decided to do that from their living room wearing pajamas, it was over for me. I know that the Foo Fighters delivered a ‘stellar, career-spanning set’ at the Roxy on Sunday night, but honestly, I would have not even watched the show if it had been free. Even Dave Grohl was skeptical at the beginning: ‘I remember when everything shut down and people started doing Livestream and drive-through things. I was like, ‘Fuck that shit. Uh-uh. We’ve been on the road for 25 years and that’s the best part of what we do… be face-to-face with you guys. I was like, ‘Nah, man, ain’t doing it till we can go out (with full audiences),’ he declared during the show. Of course, he changed his mind because there is no face-to-face anymore, and this will be the case for a while.

However, there is a new platform in town, tech company Topeka offers a front-row experience unlike any other: ’It’s intimate, it’s engaging, it’s seamless, and it’s only in Topeka.’

How is this different from your regular boring stream experience? Topeka will make you enjoy a one-of-a-kid virtual vantage point that is close and personal, as it tries to make you experience a concert as if you were front row, among a very small audience. You will be part of a live audience of about 40 people, and you will see your face and other people’s faces as if you were part of another zoom conference. But you will also be seen by the artist during the performance, exactly like another zoom conference. If you could send comments during a Livestream event on YouTube or Twitch, this is a big difference, as the musician(s) will be able to interact with anyone in the audience during the show. Topeka promises the experience will ‘feel like a private show in your living room,’ as your face will ‘appear on screen in front of world-class artists while they perform.’ In case there is any technical problem – and these things happen as you know – a live moderator, present for each Topeka experience, will be there to help you.

One of the first Topeka concerts was experienced by Jason Isbell and 150 fans who paid $100 per stream to see and be seen by Isbell on July 7, getting as close to him as they could be at a real concert. With rates up to $1,250 and a 75/25 split with the company, this seems to be quite lucrative for artists, since, at a time when touring is impossible, people are eager to pay more to be able to interact with their favorite musician.

Topeka’s founder is Andy Levine, who already created Sixthman, which allowed fans to go on a cruise with artists such as Bon Jovi, Chris Stapleton, Kiss, and Brandi Carlile. According to Levine, one artist made close to $25,000 on Topeka, putting in about 10 hours a week for six weeks in April and May. In the middle of this critical moment for all musicians, it could be a life savior, unless an artist’s target audience is too old and stopped by the technology?

John Hiatt, Shawn Mullins, Edwin McCain, Marc Broussard, Toad the Wet Sprocket’s Glen Phillips, and Anthrax’s Scott Ian are among about 50 other artists who have connected with fans on tech company Topeka. However, the possibilities go beyond concerts, a small audience could take a music or songwriting lesson with whoever is reading to do that. Since the audience is kept small (around 40 people), tickets are limited, and it might get really difficult to get one if some superstar decides to do one of these.

You can check the upcoming events here and you can watch excerpts of the live moments here.