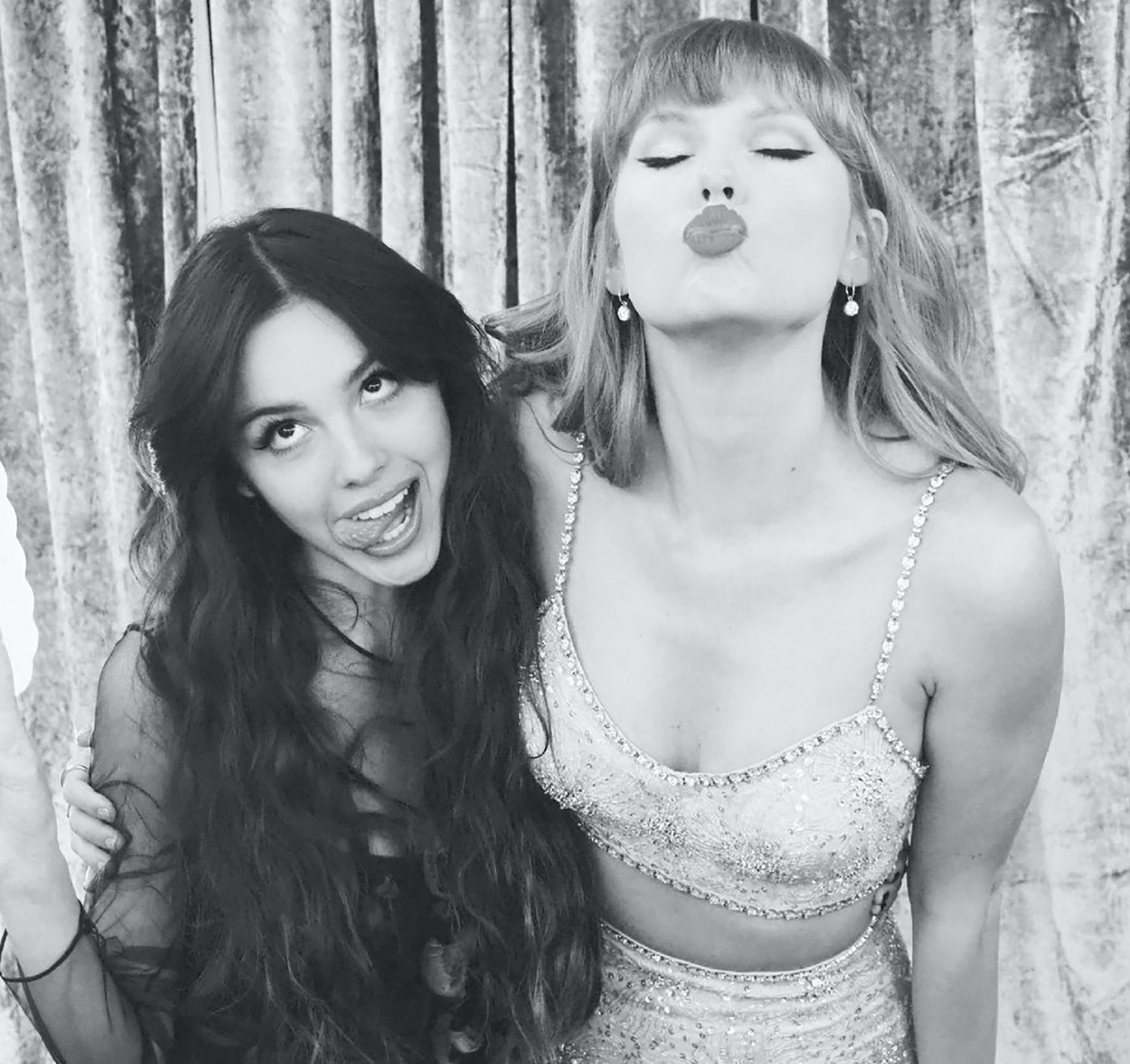 According to Rolling Stone, the names of Taylor Swift, Jack Antonoff, and St Vincent have just been added to the songwriting credits for Olivia Rodrigo’s song ‘Déjà Vu,’ the second single off her debut album ‘Sour.’ This is a bit surprising since the single was released on April 1, so this retroaction is taking place more than 3 months later. The 3 famous songwriters now have writing credits because the young singer admitted a while ago that the bridge for her successful song was inspired by Taylor Swift’s ‘Cruel Summer,’ a tune co-written by Swift with Antonoff and Annie Clark.

But why now? If you compare the songs, yes there is this shouted bridge/chorus that sounds similar, but I get the impression that I have heard this exact same predictable bit in a million popular songs. All Taylor Swift’s songs sound kind of the same anyway while mainstream pop is extremely formulaic and uses the same recipe over and over.

But his is not the first time Rodrigo is crediting the famous popstar, Swift and Antonoff already had writing credits on Rodrigo’s ‘1 Step Forward, 3 Steps Back’ because it was inspired by Swift’s ‘New Year’s Day’ off her album ‘Reputation.’ Both songs are quiet/emotive piano ballads with certain similarities, but once again, there are so many songs which sound a bit like these.

It’s nevertheless interesting that Rodrigo is giving writing credits to Swift/Antonoff/Clark whereas the song was just declared to be an inspiration: it’s clear that they did not actually sit with her in the studio to write the song. Doesn’t this set a bizarre and bad precedent? Singer-songwriters find inspiration from other songwriters all the time, should the same thing happen each time? Someone took the time to compile all these songs that sound exactly the same, and it is insane how much stuff is rehashed in mainstream pop, whereas it seems incredible that Michael Jackson is not credited on Justin Bieber’s ‘First Dance’ as there is a part that exactly sounds like ‘You Are Not Alone’ … There are tons of other examples, and you have to wonder for example why Taylor Swift didn’t ask to be credited on Jason Derulo’s ‘Cheyenne’ because it is very similar to her song ‘Style’.

Although pop stars are credited on every song they release, from Camila Cabello to Arianna Grande to Beyoncé to Olivia Rodrigo, there are often 1, 2, 3, 4 (or even more) other names attached to a song credit: none of these pop stars truly write their own songs and this necessarily leads to a lot of recycling as the same big names are behind the scenes.

Olivia Rodrigo’s move could look like an admittance she plagiarized Swift, but she may have given the credits just to be safe. However, we don’t know if this was initiated by Olivia herself (hopefully), or her publicist, or, worse, if the credit was a demand coming from Taylor Swift and her team. Olivia Rodrigo and Taylor Swift have been seen together, they met at the Brit Awards, they have been posting photos of each other on social media, and Swift even gave her a ring and a letter. There is mutual admiration but Olivia is obviously the youngster and Swift is her idol, she is a Swiftie after all. Thus, this could be interpreted as a recognition. It also could be good publicity for both of them, although Swift is already an extremely popular and rich artist, and getting royalties of another successful single is not gonna change much for her. However, attaching Swift’s name to a Rodrigo song is adding a new and very valuable cachet to the song. It’s big business and Olivia Rodrigo wants to be the next Taylor Swift.