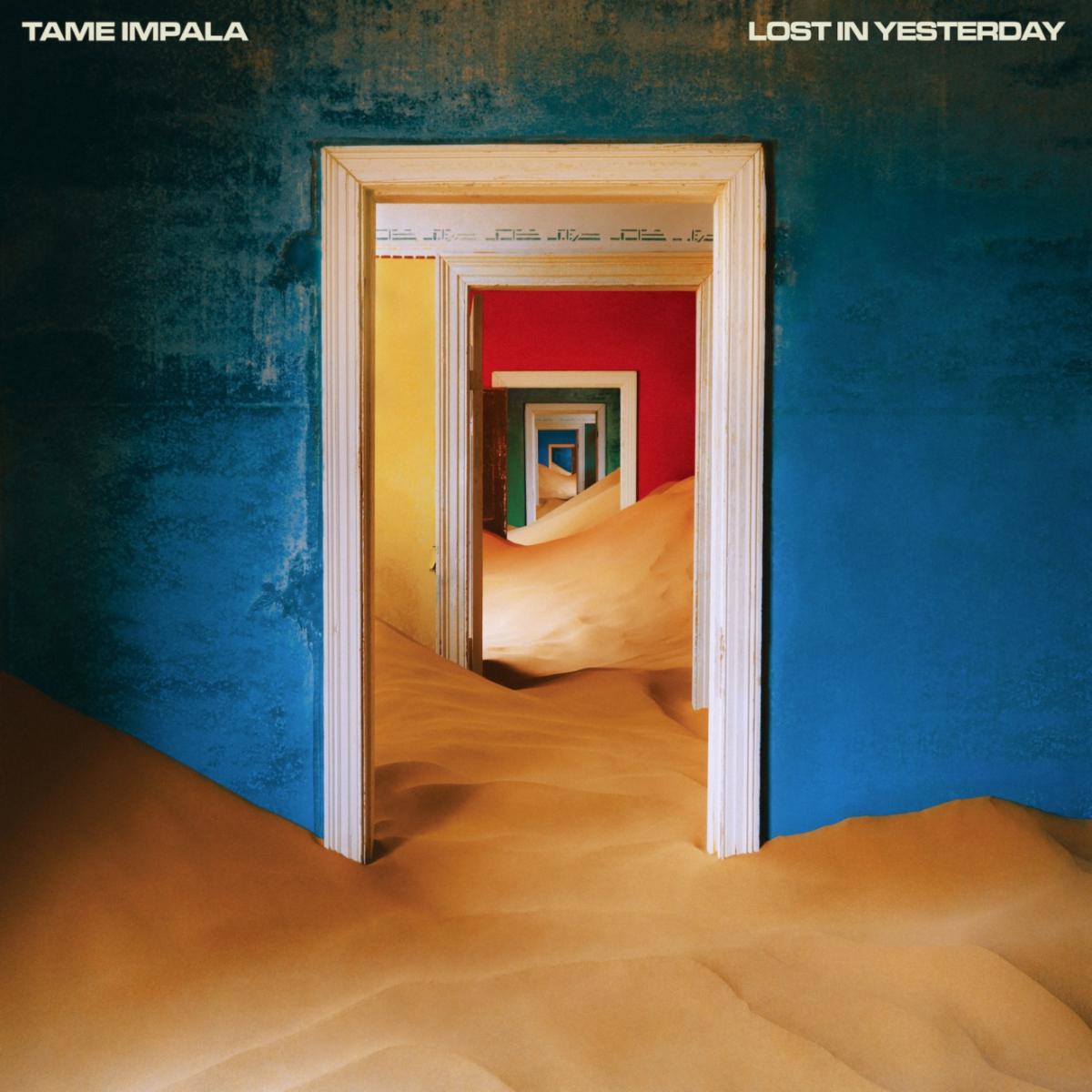 THE SLOW RUSH
OUT FEBRUARY 14 VIA INTERSCOPE

Tame Impala (Kevin Parker) will release his fourth studio album, The Slow Rush on February 14 (Interscope). Today he releases the music video for the single, “Lost In Yesterday.”

The video was directed by Terri Timely, the directing duo of Ian Kibbey and Corey Creasey who have helmed videos for St. Vincent, Joanna Newsom and more. “Lost In Yesterday” plays on the theme that even the most disdainful times can take on a rosy tinge the further they recede in the rearview.

Late last year Tame Impala announced a full North American tour with support from Perfume Genius. The tour kicks off with the previously announced date of March 9 at San Diego’s Pechanga Arena and concludes August 7 at The Gorge Amphitheatre in George, WA. The dates include two nights at The Forum in Los Angeles on March 10 (sold-out) and 11. Clario and MGMT will support on previously announced March dates in California and Mexico, and Perfume Genius will support the full North American tour beginning in May. Tickets are on sale now. They have also added headlining dates in their home of Australia throughout April with $300,000 (aus) of the tour’s proceeds going to Australian Bushfire Relief. Tame Impala will headline US festivals this summer including Governors Ball on June 5 and Bonnaroo on June 14.

To date Parker has shared 4 tracks off The Slow Rush including, “Lost In Yesterday,”“Posthumous Forgiveness,” “It Might Be Time,” and “Borderline.” The Slow Rush was recorded between Los Angeles and Parker’s studio in his hometown of Fremantle, Australia. The twelve tracks were recorded, produced and mixed by Parker. Fans can pre-order The Slow Rush at tameimpala.com and all major retailers, or with a ticket purchase for any of the North American tour dates. Digital pre-orders will receive the released album tracks instantly. The Slow Rush will also be printed in 4 heavyweight double disc vinyl formats – standard black, forest green (Limited Edition – all retailers), red/blue (indie retail exclusive) and splatter (Tame Impala webstore exclusive).

The Slow Rush is Parker’s deep dive into the oceans of time, conjuring the feeling of a lifetime in a lightning bolt, of major milestones whizzing by while you’re looking at your phone, it’s a paean to creation and destruction and the unending cycle of life. Parker told the New York Times earlier this year, “A lot of the songs carry this idea of time passing, of seeing your life flash before your eyes, being able to see clearly your life from this point onwards. I’m being swept by this notion of time passing. There’s something really intoxicating about it.” The album cover was created in collaboration with photographer Neil Krug and features a symbol of humanity all but swallowed whole by the surrounding environment, as though in the blink of an eye. 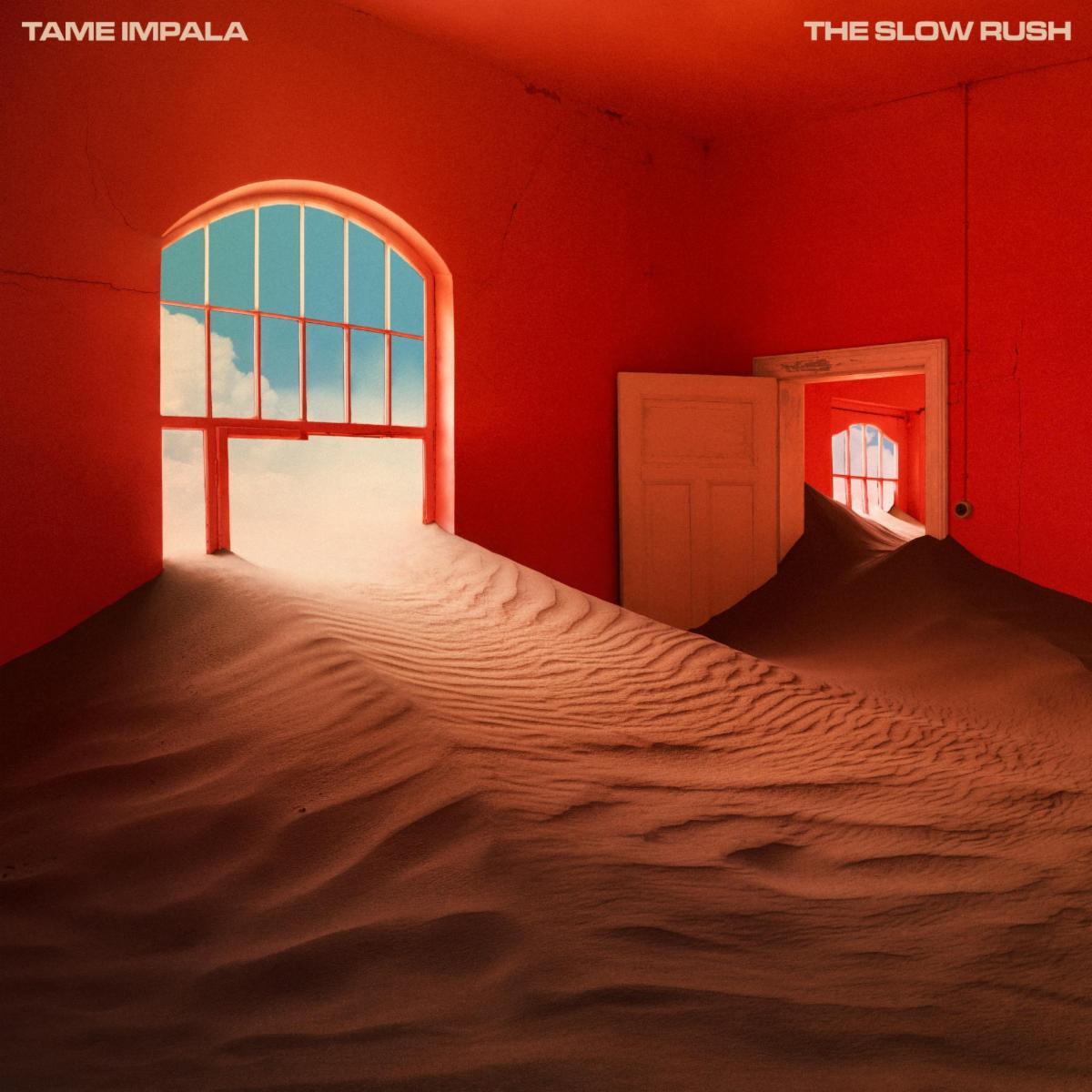 Tame Impala’s last album, Currents (Interscope) was released in 2015 earning him a second GRAMMY nomination, RIAA Gold-certification and word-wide critical acclaim. The New York Times labeled it a “a tour de force” and Pitchfork said, “nearly every proper song on ‘Currents’ is a revelatory statement of Parker’s range and increasing expertise as a producer, arranger, songwriter, and vocalist while maintaining the essence of Tame Impala.” NPR noted, “[Parker] advocates for constant reinvention… That commitment to evolution helps make Tame Impala an unlikely but worthy candidate for major stardom.”

He first toured the U.S. in 2010, playing small clubs for crowds of 200. A handful of trips to the U.S. later and thanks to the ravenous demand of fans for a transcendent live performance, Tame Impala has gone on to headline festivals and theaters around the world and released three full length albums – Innerspeaker, Lonerism and Currents. As a writer and producer Parker has collaborated with Travis Scott, SZA, Lady Gaga, Mark Ronson, Kanye West, Kali Uchis, Theophilus London, Miguel, A$AP Rocky and more.