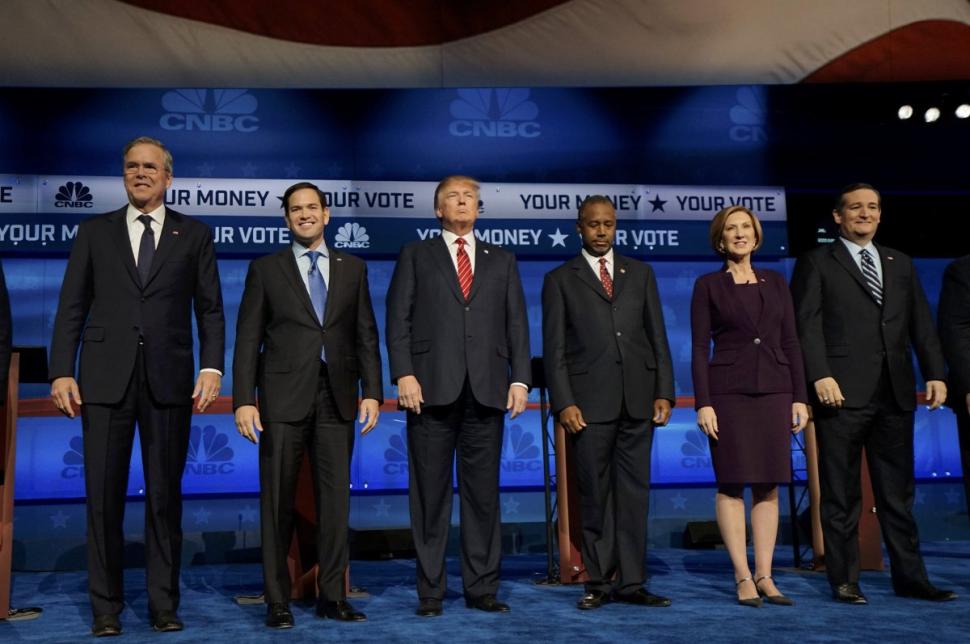 The GOP debate has lost its luster. Rubio won by being better than Bush, who has no right to be this bad. The moderators pissed everybody off because, c’mon, they’re Republicans and it is CNBC. Carly, the woman in the middle, had nothing left, after dissing Trump last time, and Trump looks sick and tired of it. None of them are as good at politics as young Hilary.