SUZANNE VEGA DEBUTS “WALK ON THE WILD SIDE” VIDEO 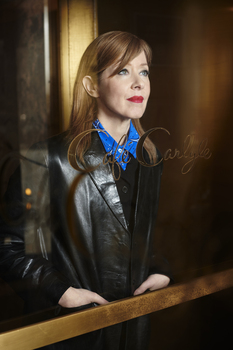 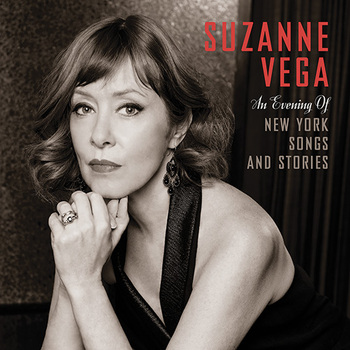 “WALK ON THE WILD SIDE” VIDEO

AN EVENING OF NEW YORK SONGS AND STORIES DUE SEPTEMBER 11

Grammy and Peabody Award-winning artist Suzanne Vega shares a new lyric video for her cover of Lou Reed’s “Walk on the Wild Side,” off of her upcoming release An Evening of New York Songs and Stories, due September 11 via Amanuensis/Cooking Vinyl. Check out the video:

The album, which was recorded live at the Café Carlyle in New York City, features Vega’s most New York-centric repertoire in a celebration of her long personal and musical relationship with the city. The album’s first two singles, “Walk on the Wild Side” and “New York Is My Destination,” are available to stream and download now—pre-save the album and access the advance singles HERE.

“Lou Reed was the first artist I saw live in concert,” says Vega, “and encountering his music changed my way of writing songs. Suddenly I knew I had complete freedom as a songwriter and nothing was forbidden.”
On An Evening of New York Songs and Stories, Vega is backed by longtime guitarist and musical director Gerry Leonard, bassist Jeff Allen and keyboardist Jamie Edwards. Recorded in early 2019, the album includes familiar songs like “Luka” and “Tom’s Diner” and deep cuts from her catalog like “Frank and Ava” and “Ludlow Street.” The mix of repertoire also features “New York Is My Destination” from Lover, Beloved: Songs from an Evening with Carson McCullers, Vega’s one-woman play about the Southern gothic novelist Carson McCullers. An Evening of New York Songs and Stories is produced by Leonard, mixed by Grammy Award-winning engineer Kevin Killen and mastered by Grammy Award winner Bob Ludwig.
Of the album, Vega says, “It is always a pleasure to play at the Café Carlyle in New York City, where this album was recorded. It is a small exclusive club that has hosted legends from Eartha Kitt to Judy Collins, and is also known to be the place where Jackie Kennedy met Audrey Hepburn. I love it for its bohemian old-world glamour! I decided it would be fun to perform a New York-themed show there with songs inspired by New York City or for which New York provided the backdrop, including ‘Walk on the Wild Side’ by my late, great friend, Lou Reed—a song I rarely heard him sing himself.”
Widely regarded as one of the foremost songwriters of her generation, Vega emerged as a leading figure of the folk-music revival of the early 1980s. Since the release of her self-titled, critically acclaimed 1985 debut album, she has written and recorded numerous songs that have become part of the contemporary music vernacular, including “Luka,” “Marlene on the Wall” and “Tom’s Diner,” an a cappella piece that was remixed by U.K. electronic dance duo DNA and became a major club hit. Her albums, including her self-titled debut, the follow up, Solitude Standing and 99.9F have sold millions of copies worldwide. Vega was most recently seen in the cast of the Off-Broadway production Bob & Carol & Ted & Alice, where her performance earned praise from The New York Times as “brandy-voiced…a delightful, smoothly sardonic presence.”