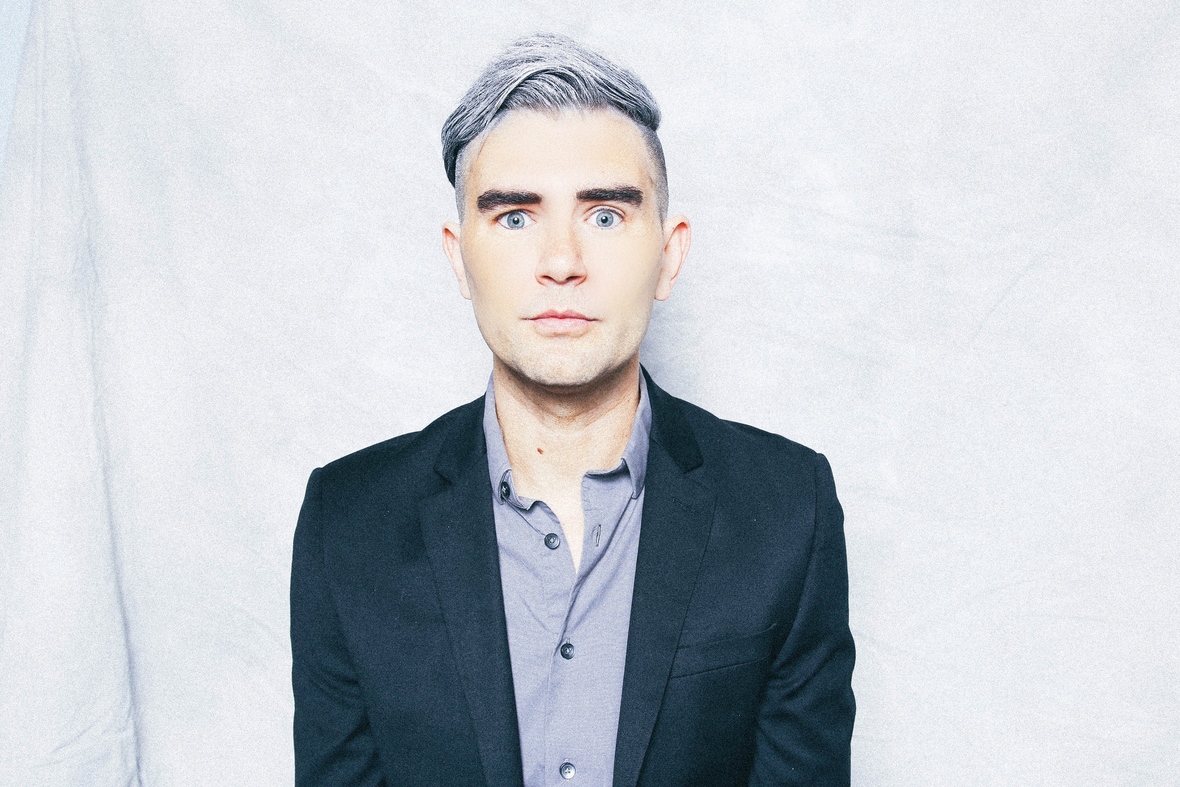 “This new track takes an emo-based sound and maneuvers it into pop-rock/power-pop gold.”- Substream

Surprises, the new solo project of Brooks Paschal of beloved 00’s emo group Sullivan has just dropped a music video for the new single and title track off the just-announced new LP ‘Natural Disaster’ which will be released on May 31st via Spartan Records.

Head over to Substream to check out the clip:

An impressively DIY effort, Paschal explains, “Shooting a music video myself was not in the plans, but I had a scheduling conflict with the guy that was gonna shoot the video for this song and I just sat on it for a while. I had a week open in my schedule and the gears started turning. I took a stab at making a video for another song called “Tell The World” and that kinda got me going. Two days later I shot a video for another song and by the time I got to “Natural Disaster” I was ready to try some crazy shit. The idea popped in my head and I went to attic to find some old TVs. The challenge with the video was that I knew that I couldn’t sync four TVs at once. So I shot them individually, then used a 3 dollar phone app to splice the 4 shots together. It looked amazing, but the app wouldn’t render HD so I had a good buddy of mine (Wes Marvin) splice it on real editing software. That was really the 4 shots I had to work with. While I was editing it, I tried to make my limitations the thing that made it clever, so I decided to use the big text for the choruses. I figured those were good words to smack you in the face with.”

‘Natural Disaster’ is now available for pre-order at: http://spr.tn/naturaldisaster.

The first 100 pre-orders will include a 12″ x 12″ lithograph autographed by Brooks Paschal. All 3 LP bundles also include a Surprises 4-piece button set (limit one per order).

“Subconsciously, these songs were there the whole time.”

These words seem like an understatement coming from Brooks Paschal. After releasing three successful LP’s with the fan-adored band Sullivan and dozens of solo tracks over the past ten years, songs seem to emanate from all levels of the musician’s consciousness. However, Paschal’s new project Surprises is something different. It is cathartic, it is reckless, and it is personal — a striking new narrative from a familiar voice.

“The core philosophy of Surprises is: no rules,” Paschal says. “While writing, I’ve never thought to myself, ‘kids won’t like this,’ or ‘people’ will love this.’ In fact, if I do, I stop. If I sit down and try, it’s not going to come out right.”

With instincts driving all direction, Surprises has taken Paschal into personally unchartered territory as a songwriter. Where conceptually all lyrical material for Sullivan was purely fictional storytelling, Surprises delves
heavily into Paschal’s personal experiences. “I’ve never tried to write about anything,” he says, “but I noticed as I sat down, a lot of me was coming out, and I experienced the catharsis that I have always heard other songwriters talk about.”

On most solo records, the fewer-moving-parts approach is sonically evident; however, with Surprises this is certainly not the case. Natural Disaster is a concentrated amalgamation of all the driving, melodic, soaring, and
fragile moments that made Paschal’s previous work with Sullivan so appealing. “I feel all the differences,” says Paschal, “but I don’t know that they all translate to the listener. I think the biggest difference is that the record is all of my sensibilities thrown into the pot to create one thing. Surprises started as an escape for me,” he continues, “with Sullivan, there were certain expectations for sound and structure that I was in love with, but did not want to be defined by.”

The timing for this nuanced stylistic change could not be better. Having both recorded and toured successfully in the early 2000’s, a sonic time period that many young emo/indie bands are now trying to emulate, Natural Disaster is
set apart as an album that is both relevant and mature. Much of the authenticity of the sound can be attributed to all of the production, engineering, and mixing being handled directly by Paschal. “When I started with this batch of tunes, I realized I had tapped into something that I really loved and they all seemed to come from a singular place. I never felt the need to ‘produce’ the songs,” says Paschal. “A great song is almost always a balance of finely tuned ideas and serendipitous moments that can only be created once. I think more than anything, Natural Disaster was the product of years of writing without limits, and finally, my brain had created ‘the sound’ of Surprises.

For the release of the debut LP, Surprises will partner with longtime collaborators, Spartan Records. “There was never a thought of releasing this album with anyone else,” says Paschal. “John Frazier (Spartan Records Owner/CEO) is a gut guy who likes what he likes and the other industry factors have to sit in the back seat. That is exactly what Surprises is to me, so the match is perfect.”

Please stay tuned to spartanrecords.com for more info about Surprises 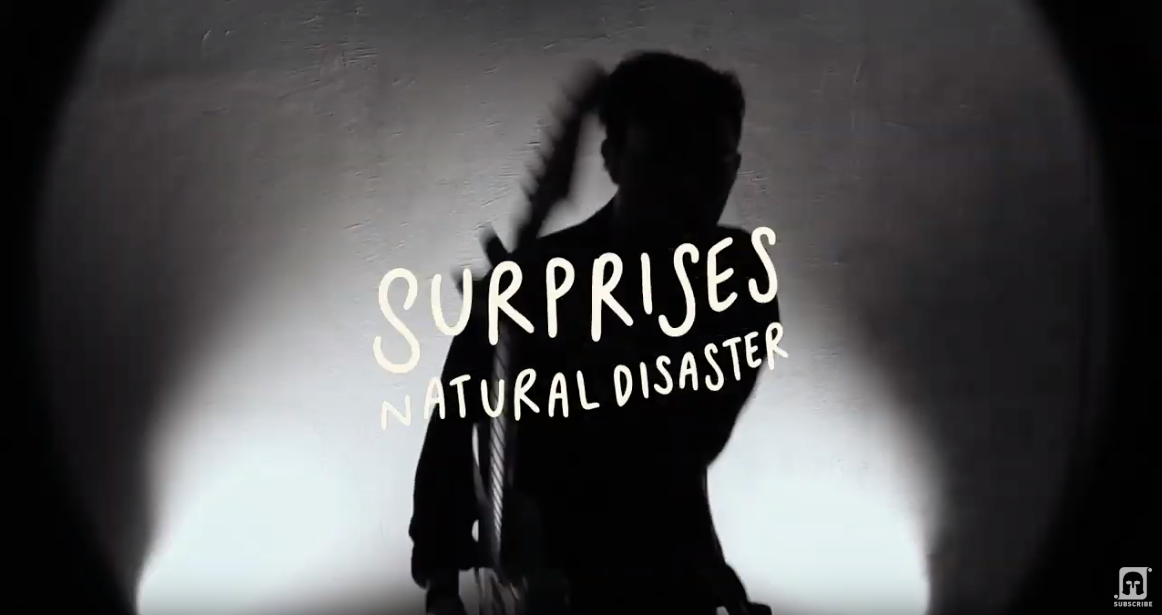 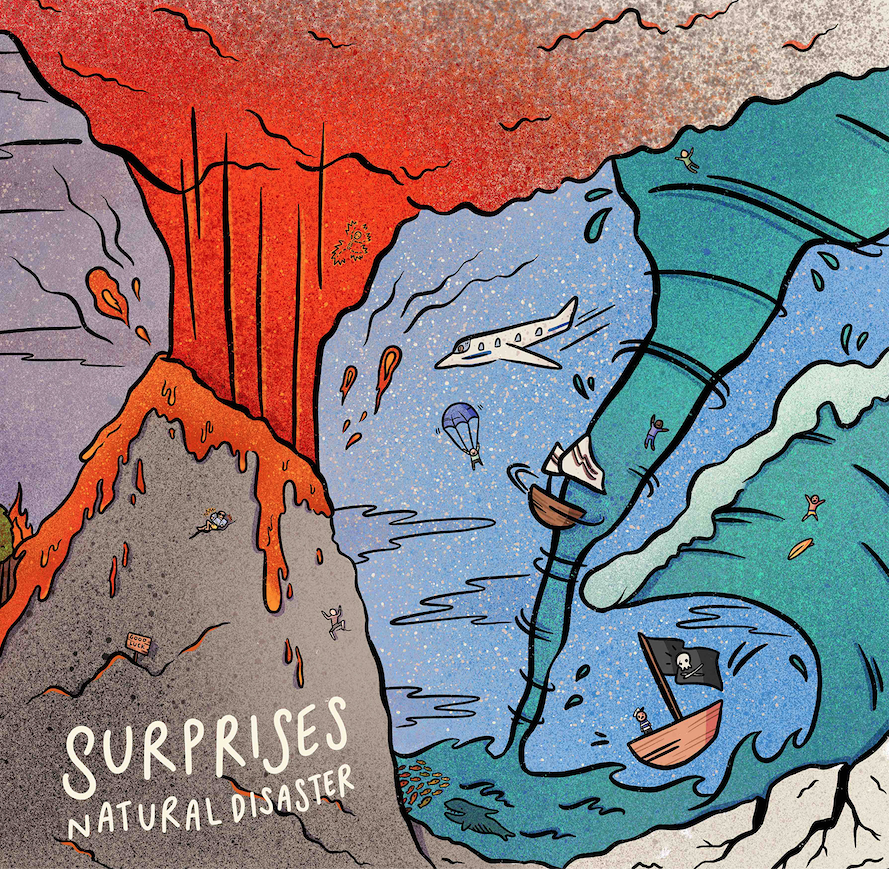