Stub Heaven: The Review And The Stub To Prove It: Summer Jam 1997 With Wu, Jay Z, Aaliyah And More 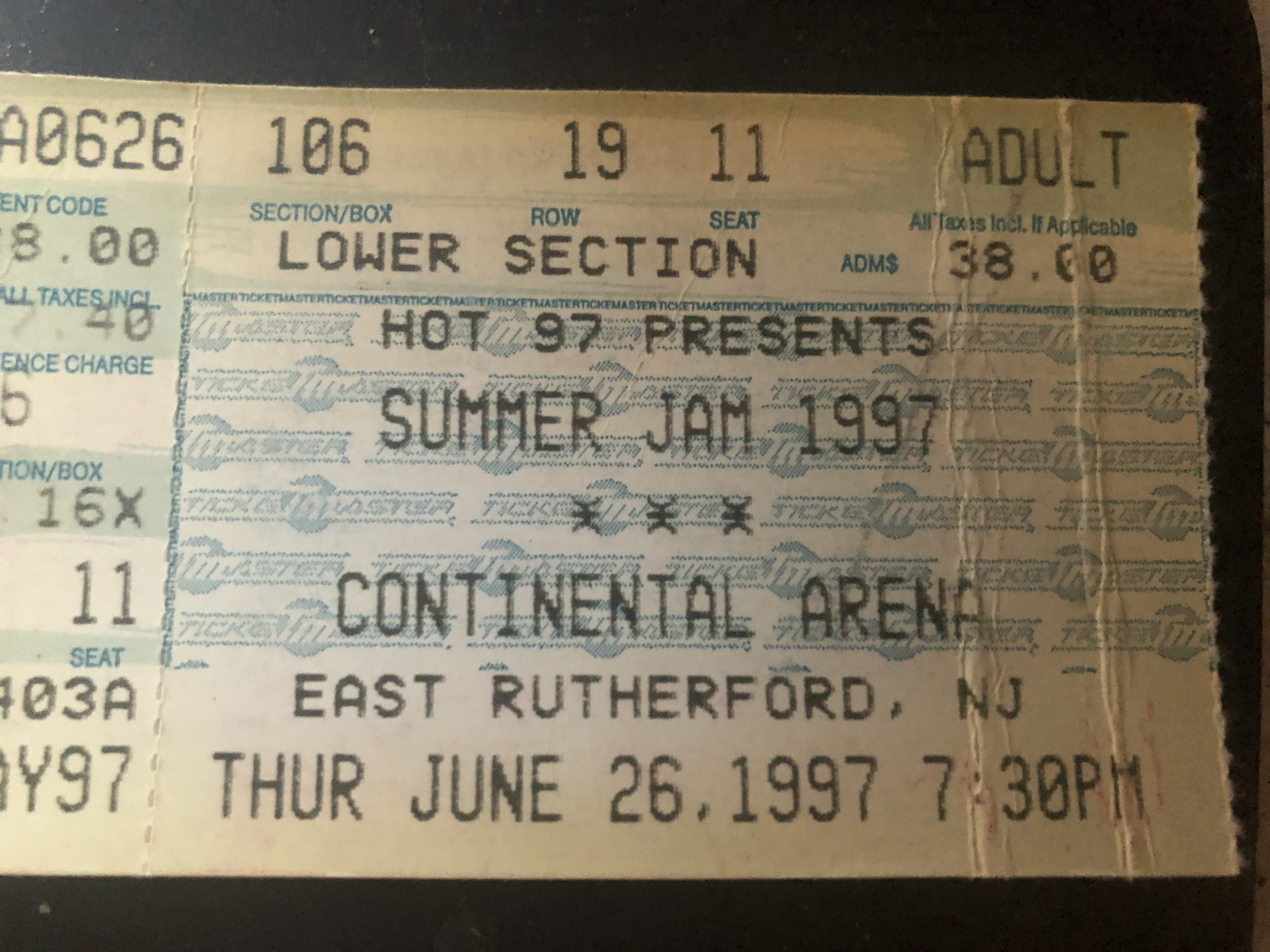 This was the fourth Summer Jam – Hut 97’s legendary round up of the biggest stars in hip hop, and the second I’d been too. All the way in Jersey’s Meadowlands. Soon they would move it across the street from the 20K capacity to the 80K capacity Giants Stadium and it currently resides at MetLife. I would go every year till around 2005, when they moved it to a Sunday and the scene got too crazed to be dealt with.

So why am I writing about this one?

Not because of the line-up, that it very well could have been:

Breathtaking, right. It’s hard to know where to begin with it, Aaliyah (am I the only guy to have seen her twice before her way too early death?), two of Biggies exes and Foxy Brown circa Ill Na Na, Hova pushing  Vol 2… Hard Knock Life, plus Puff Daddy, Mary J, and on and on. A masterpiece of a line up with 90s hip hop superstardom in its DNA and enough good reasons to remember it… but not the best.

The best  reason to remember it was  Wu Tang Clan, not riding that high on Forever, taking down the radio station who curated the show for not playing their music. The Wu were on tour in Europe with Rage Against The Machine when the call came out they were headlining Summer Jam on June 7th, forced to return to the States or get blackballed, they returned on their own dime to play for a radio station that didn’t play em so much,  and they were mad as hell. I though it was Ol’ Dirty Bastart who blew up, and but according to Inspectah Deck, who probably remembers it better than I do, Ghostface Killah got on the mic and said “fuck Hut 97, fuck Angie Martinez” and lead the audience in cussing em out. The result: Hut 97 wouldn’t play Wu Tang or any of their nine members for FIFTEEN YEARS.

A great evening, maybe the best Summer Jam I’ve seen (or maybe that one with Dre, Eminem, Jay Z and Snoop), and only one of two times I saw ODB so I remember that, that and Wu Tang shouting out KISS-FM!