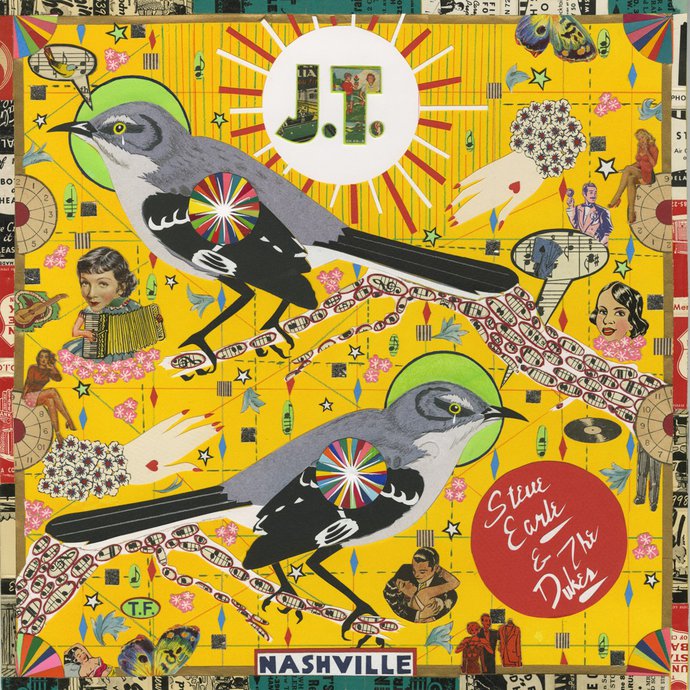 Of all the heartbreaks of 2020, losing Justin Townes Earle last August was huge in a different way; the great Americana star wasn’t yet 39 and, similar to many people in this dreadful pandemic, he lost control of his addictions and overdosed on a mix of cocaine and fentanyl. The country maverick Steve Earle is his father, and yesterday, on what would have been his son’s birthday, he released a collection of ten J.T. covers and a memento mori final song.

Steve’s J.T. isn’t quite mine. From 2012 – 2015, Justin released three albums that tower above modern country, Nothing’s Gonna Change the Way You Feel About Me Now, Single Mothers, and Absent Fathers, that were the pinnacle of his severely truncated career, and his father covers  none of them here. But Steve goes back as far as “I Don’t Care” (“I don’t know where I’m going, oh Lord, I don’t know and I don’t care”) from 2007’s Yuma EP, all the way to the wildly acclaimed The Saint Of Lost Causes title track from 2019. It ends with a tearjerker farewell dirge by Steve, “Last Words” .

Steve’s covers are exciting in the extreme, with the Dukes behind him, Steve rocks hard, with the rockers (the great “Maria”) towering, and the rockabilly numbers, “Champagne Corolla” all steel guitar and shuffle. This is the third time Steve has recorded a tribute to a lost friend, Townes Van Zandt and Guy Clark were the first two, but this one is more important. All the money it makes is going to his Granddaughter’s college fund. And we knew Steve wasn’t gonna blow it, what we didn’t realize is that it would be one of his best in decades. I might even claim since The Mountain in 1999.