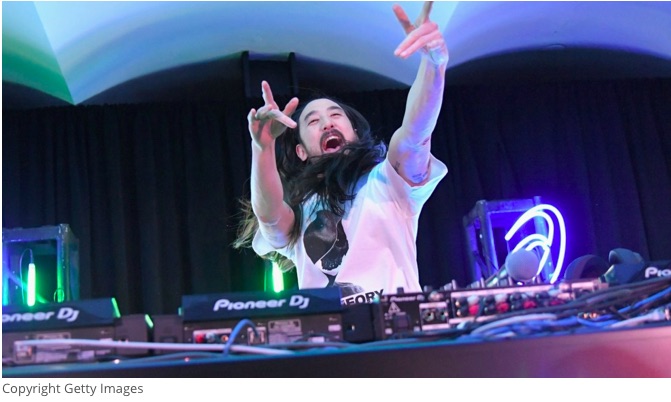 Celebrating New Year Eve? Honestly, why bother? The COVID cases are increasing every day in Los Angeles and there is no way we will be allowed to celebrate the new year together, under any circumstance. However, LA’s Grand Park is trying to save the night with a virtual celebration… of course.

Grammy-nominated and producer DJ Steve Aoki will headline the night. ‘The world is ready to turn up this New Year’s Eve! And I’m excited to celebrate with The Dim Mak En Fuego family and partner with Grand Park and Fuse to ring in the new year, around the world, in a whole new way, with music that transcends languages and cultures,’ Aoki said in a statement.

For seven years, Grand Park has hosted these familial, convivial, and musical NYELA, with a spectacular animated countdown projected on the facade of the City Hall, followed by fireworks at midnight. This year, every Angelenos will be able to stream the event live on Fuse or the Fuse YouTube channel starting at 11 pm.

‘We are so excited to work with the legendary Steve Aoki and his visionary line-up of established artists and emerging talent — viewers will be dancing the whole time,’ Grand Park director Julia Diamond declared.

Aoki will close out the night following the traditional digital countdown by production company yU+co, and we are told that the animation graphics will convey the resilience of our city. ‘The program will balance these great performances with special segments throughout the show to honor the strength and character of Angelenos, and share more about L.A. with the world,’ Diamond added. ‘Grand Park’s NYELA says a powerful goodbye to 2020 and a big hello to 2021 as we look forward to a brighter future.’

Should I rejoice for this virtual EDM party on my own? I am not sure but some people are definitively optimistic. We have to be, right? Every year, thousands of people attend the event, it’s a happy celebration of our city, and our answer to New York’s Times Square event, that will also go virtual this year, … like anything else in 2020.