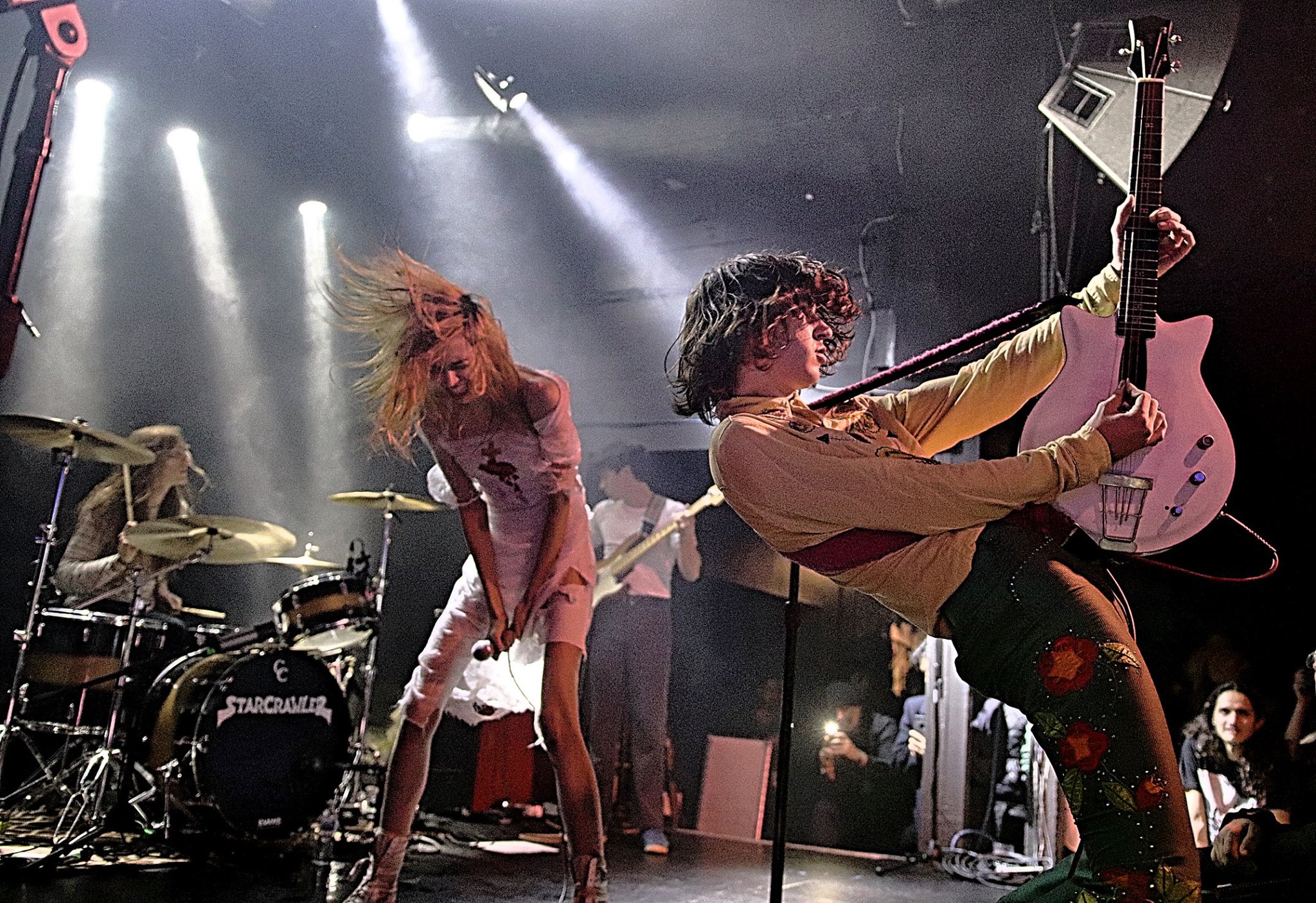 Starcrawler, which we have followed since their beginning in 2015, are pursuing their rock & roll dream with a new video accompanying their song ‘Goodtime Girl.’ Loyal to their style, the young band is channeling ‘70s hard rock with an explosive Stooges-y sound, lots of screaming, and a badass attitude. However, they didn’t forget the hook and the rewarding guitar licks which makes the song truly catchy and groovy.

Frontgirl Arrow de Wilde is as raucous as ever, whether she is sitting on her Beyond Thunderdome throne or screaming in the mic like a hair metal band, and you don’t have to wait for the funny cameos of actors Danny Trejo and David Hasselhoff at the end of the video to get a retro feel: the entire clip has a post-apocalyptic vibe of ’80-‘90s genre with a decadent horror/gang movie trend: There is blood and plenty of energy, there are fights, and characters, while everyone with an aesthetic eye will be there for Arrow’s sexy and outrageous outfits and Henri’s shiny western suits.

The video was Directed by Gilbert Trejo, Danny’s son and the new song was released as part of the DC Comics ‘Dark Nights: Death Metal‘ soundtrack via Loma Vista records and will appear alongside songs by artists like Mastodon, Rise Against, Mastodon, Chelsea Wolfe, IDLES and many others.

‘When people listen to Goodtime Girl, I want them to feel powerful,’ Arrow says of the song. ‘I want a girl who might normally feel like she’s awkward or insecure to put her headphones on and feel like she can accomplish anything. Like she’s the hottest and the baddest bitch in the world because she is. Goodtime girl is about realizing your power and taking complete control of that. I wish I had a song like this when I was in middle or high school, if I did, I may have been a lot more confident with myself at the time.’

But didn’t Bikini Kills come up with Girl power in the ‘90s? If Starcrawler didn’t invent rock & roll, they have to be the genre’s best hope. As if this wasn’t enough, you may also recognize QOTSA’s Joshua Homme in the video, behind the strange makeup and the lamb masks.