Spirit In The Room At Harvard And Stone, Thursday October 24th 2019 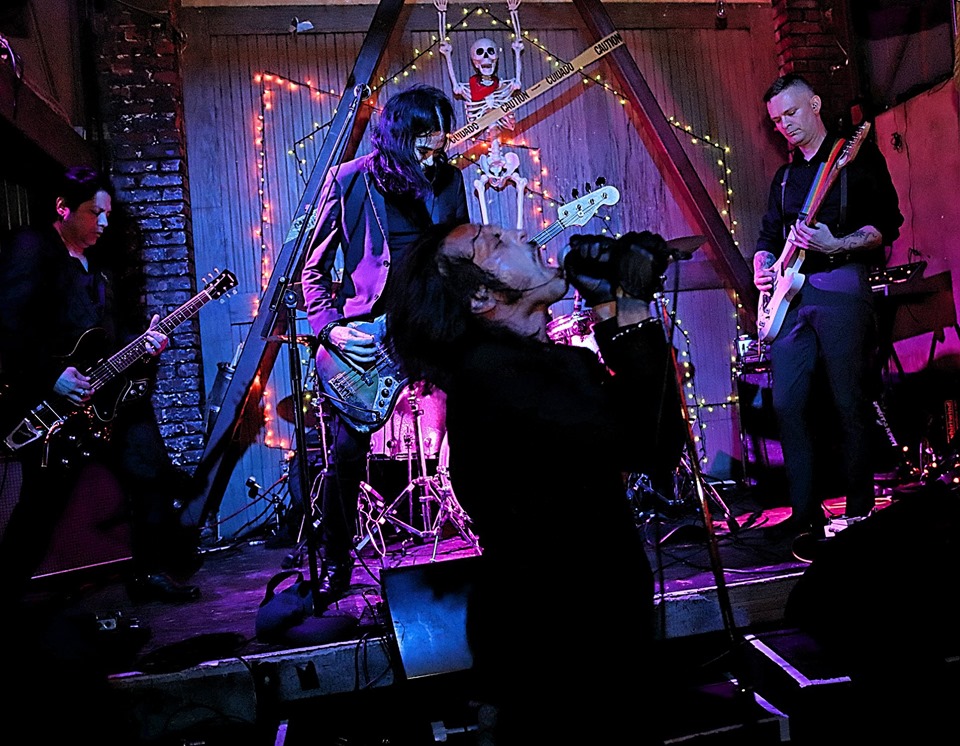 Spirit in the Room started their set at Harvard & Stone by ‘But it Do’, a song that frontman Dennis Sanders recently turned into a video with two clowns on the beach. Keith Morris (of legendary bands Black Flag, Circle Jerks and OFF!) accepted the invitation to sing back up vocals on the song after attending a Spirit of the Room show and being immediately hooked! Although it can be seen as a very dark comedy, the song is almost a pop song with a Queens-of-the-Stone Age-sounding melody despite the abrasive buzz running through the tune. However, the rest of their set was quite different, as Dennis let the rage fill the room with no-tomorrow energy.

Wearing a red ski-mask for half of the show, he never stepped on stage, fronting the band on the dark floor of the venue and letting a blend of aggression, anger, and anxiety dominate the music. This is not a band for the faint of heart, they can transform the place into your worst nightmare (the second song they recorded with Keith is actually called ‘Sunset Nightmare’) and slay like very few bands do. With or without a mask, Dennis expresses distress and despair with a fiery drive and his vocal agony over a harsh industrial rock sound is a visceral experience. He screamed, held the mic at arm’s length, fell on the floor in the middle of a song, while the band was playing the dark soundtrack of his anguish with sounds of babies crying and dogs barking filtering through the terror.

Brooklyn Vegan described their sound as ‘Josh Homme fronting Nine Inch Nails and doing Nick Cave covers’, which speaks volume for Sanders’ charismatic off-stage presence, and for the magnetic seduction of the band. There’s a bit of all this, and despite the flattering comparisons, I am sure Spirit In The Room would like to be described for their own game. I have seen them before, but they have now added a real drummer who efficiently replaces their drum machine-based material, and the experience seemed even more real and trippy, around songs touching religious or apocalyptic themes delivered with a punk velocity and a powerful determination,

‘You Are the Dead Meat/I Am the Butcher and the Knife’ he sang in ‘The Future is Immediate’, a song with guitars reminiscent of QOTSA but looking for more darkness as the lyrics oscillate between pure aggression and nihilism,…‘I send my love to another hole in the ground’. Spirit in the Room is a very powerful band to watch live, don’t miss them, such dark energy is a rare occurrence. 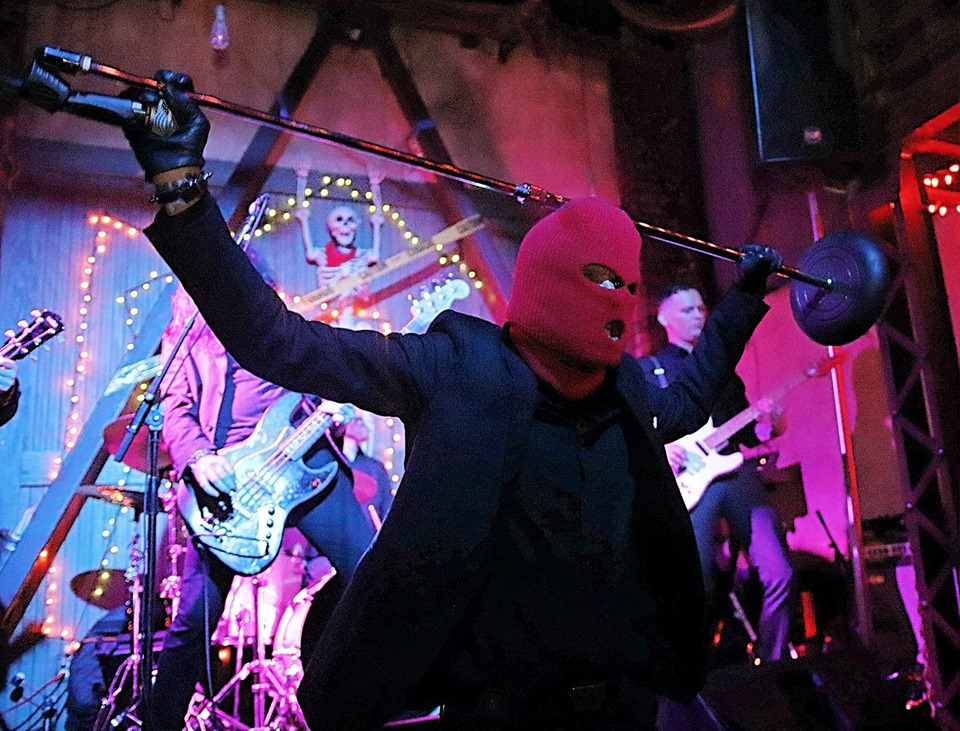 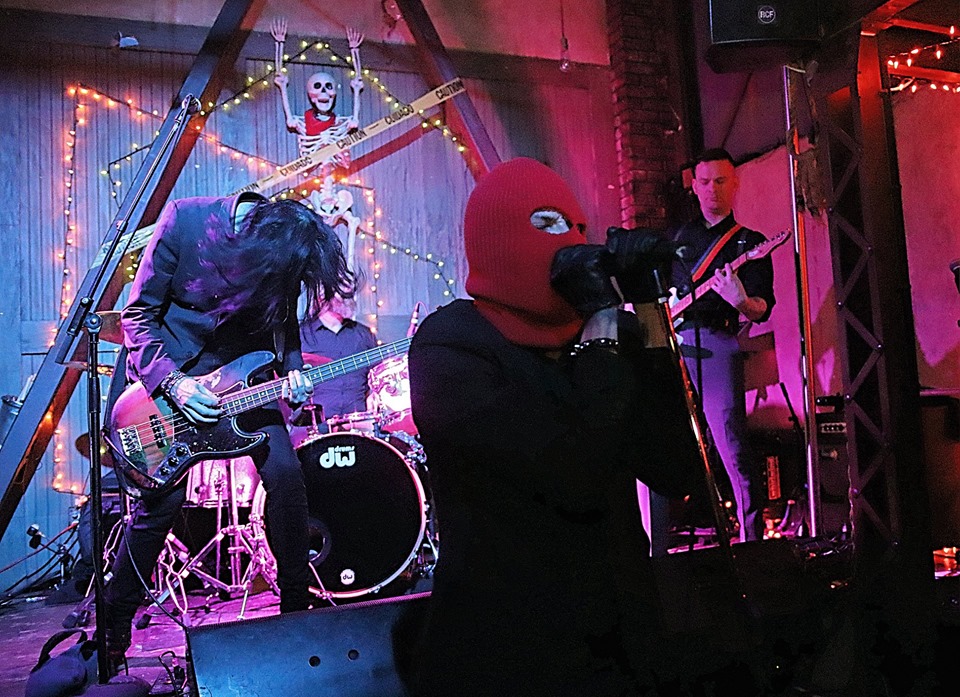 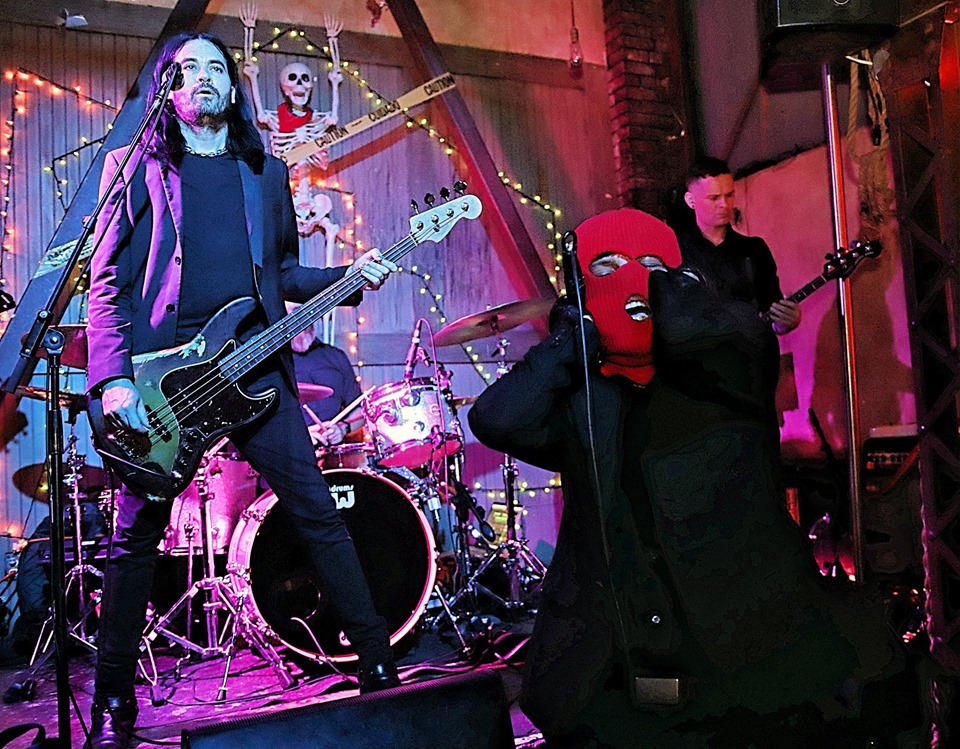 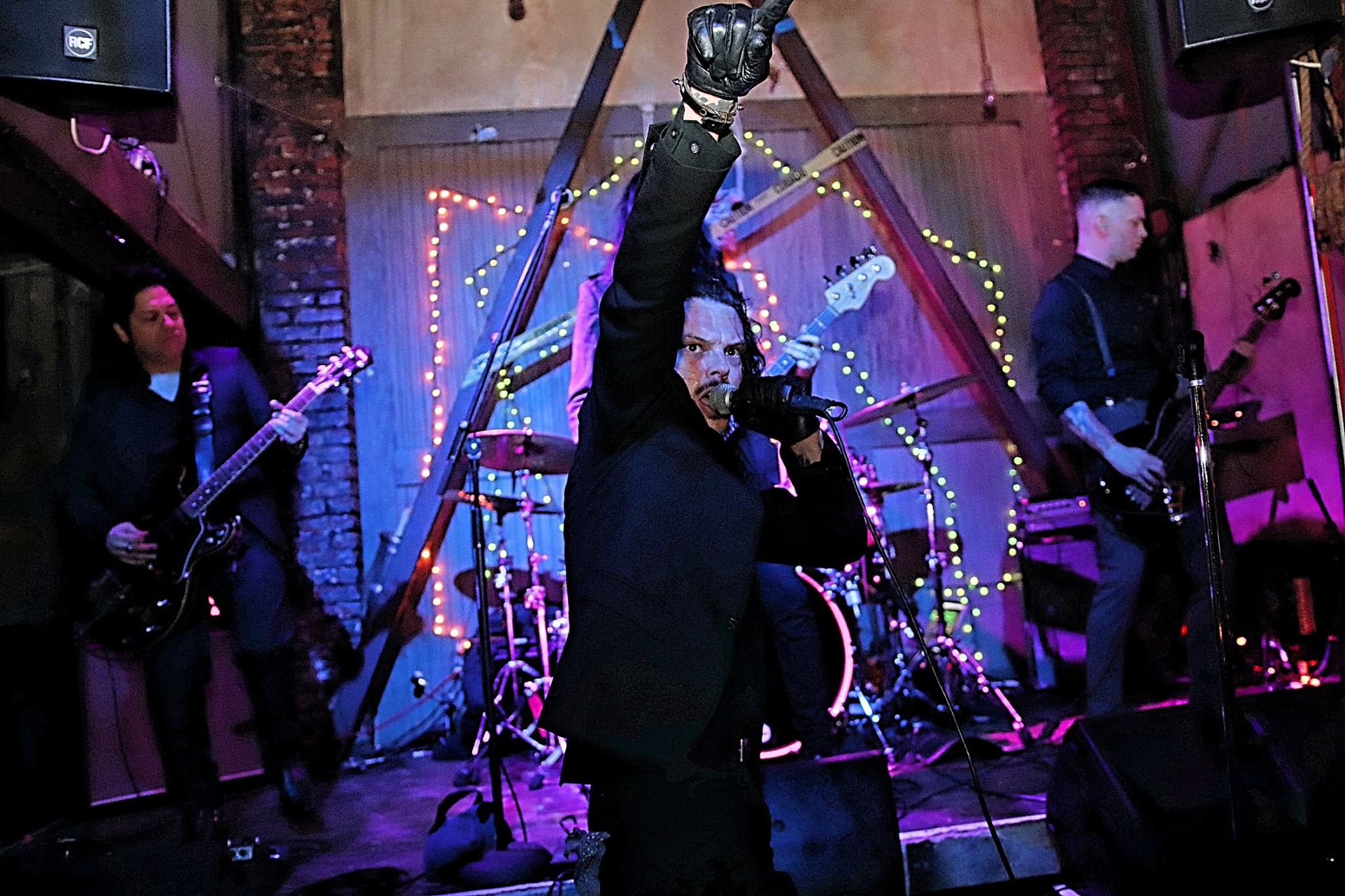 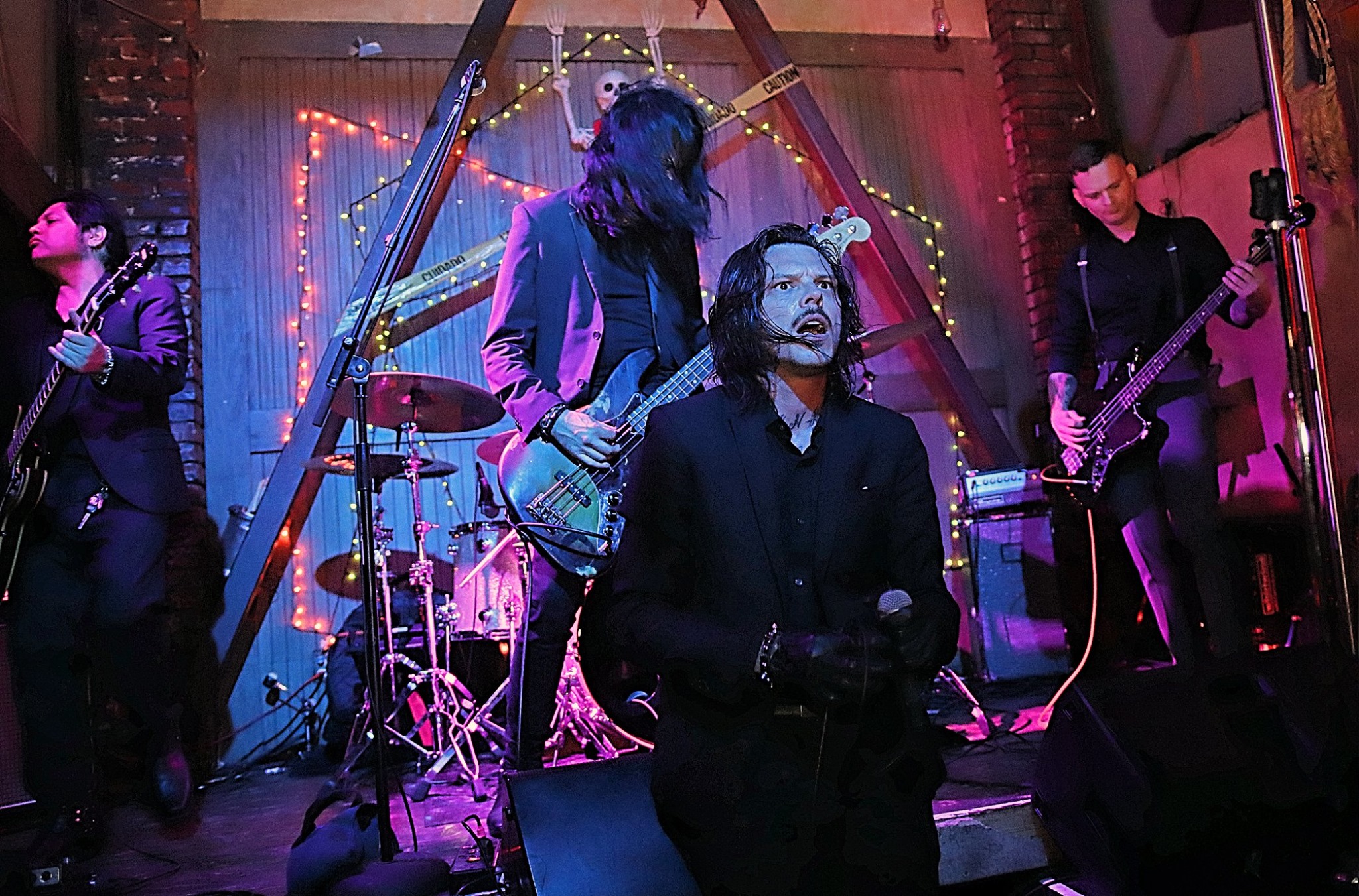 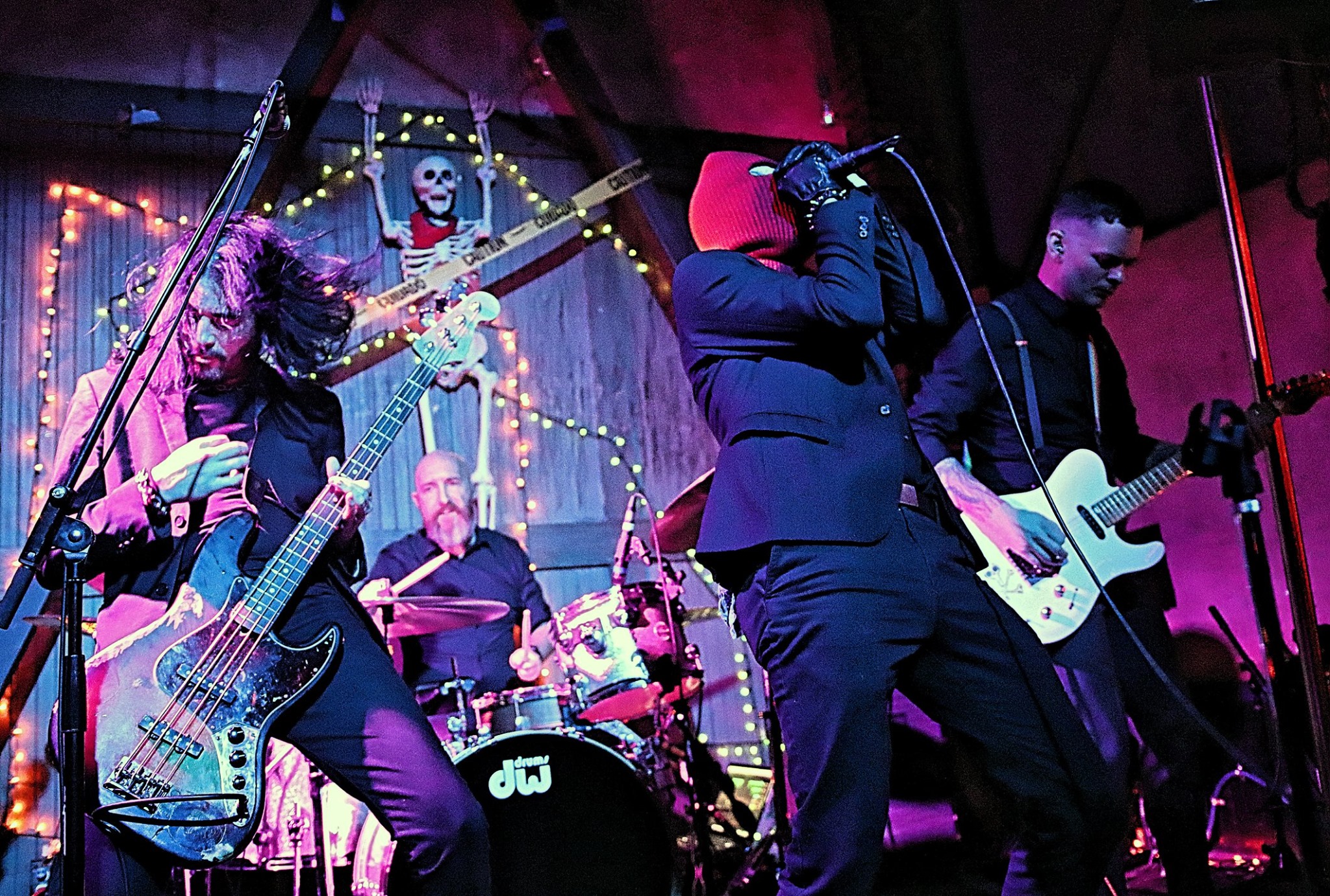 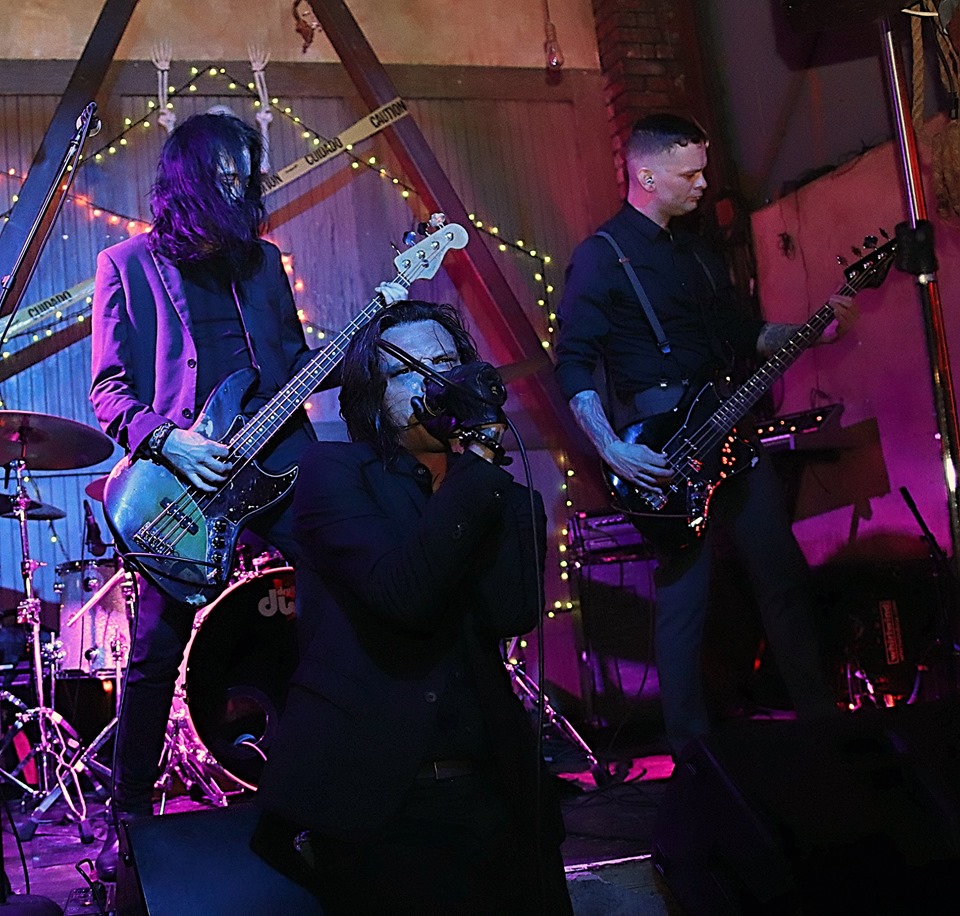 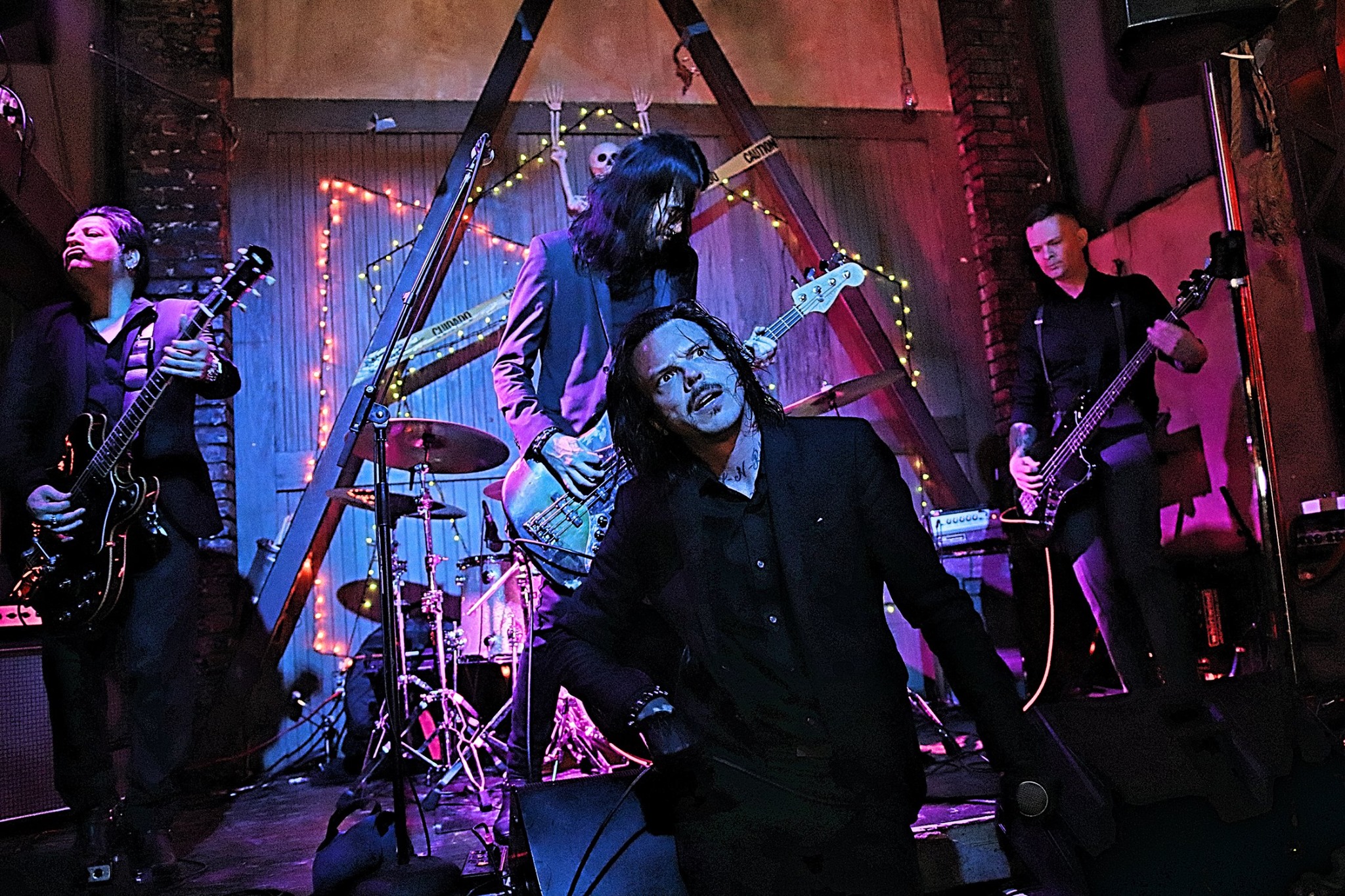 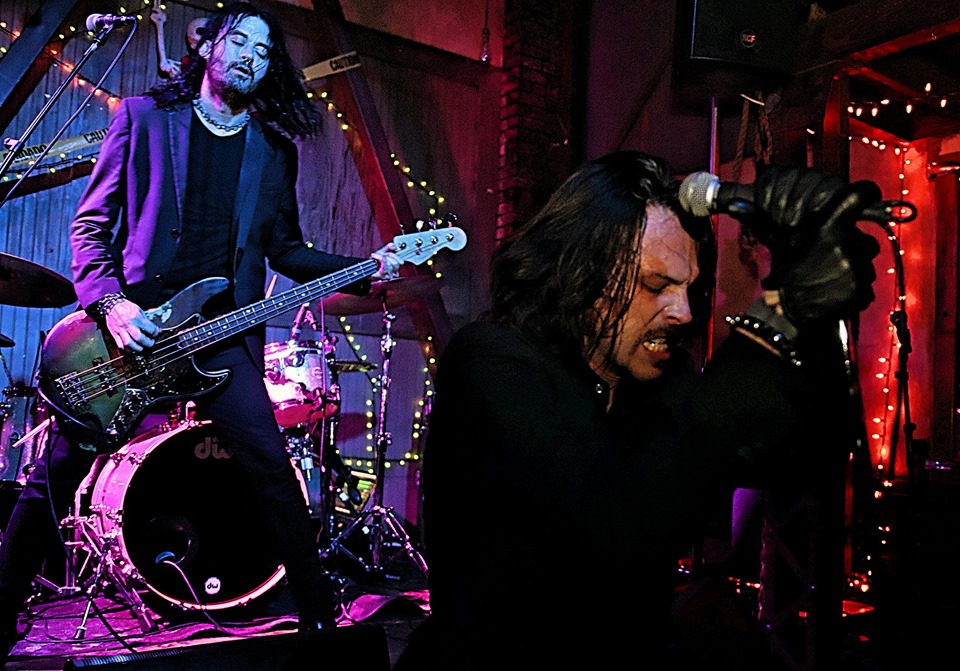 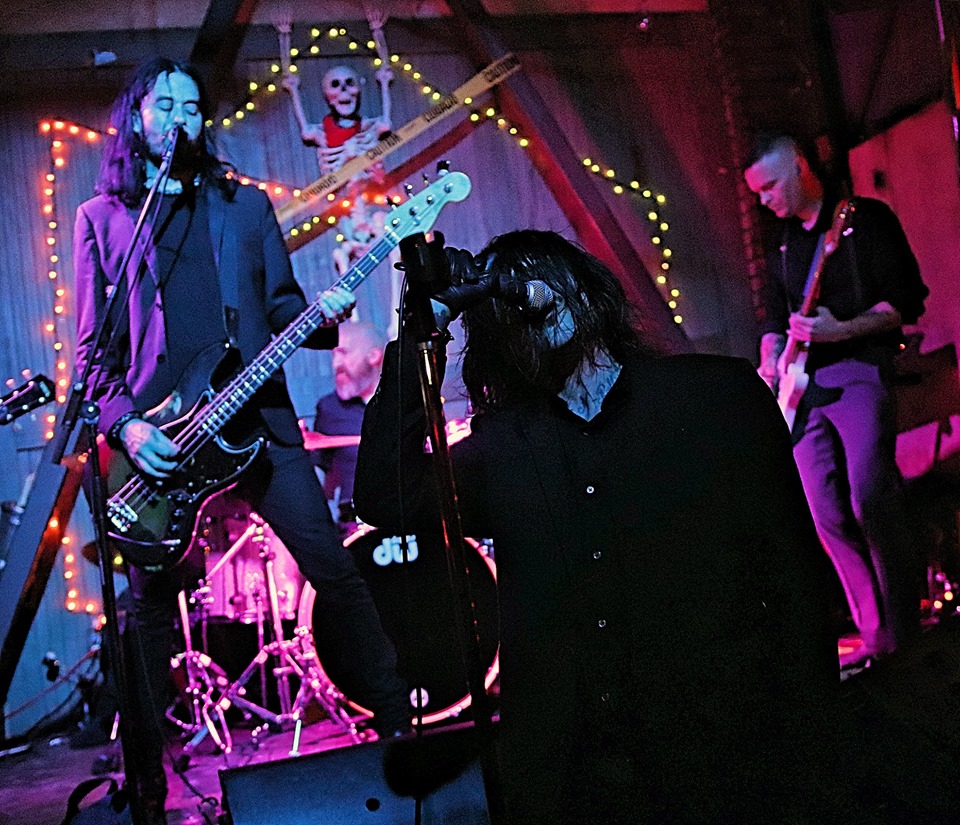 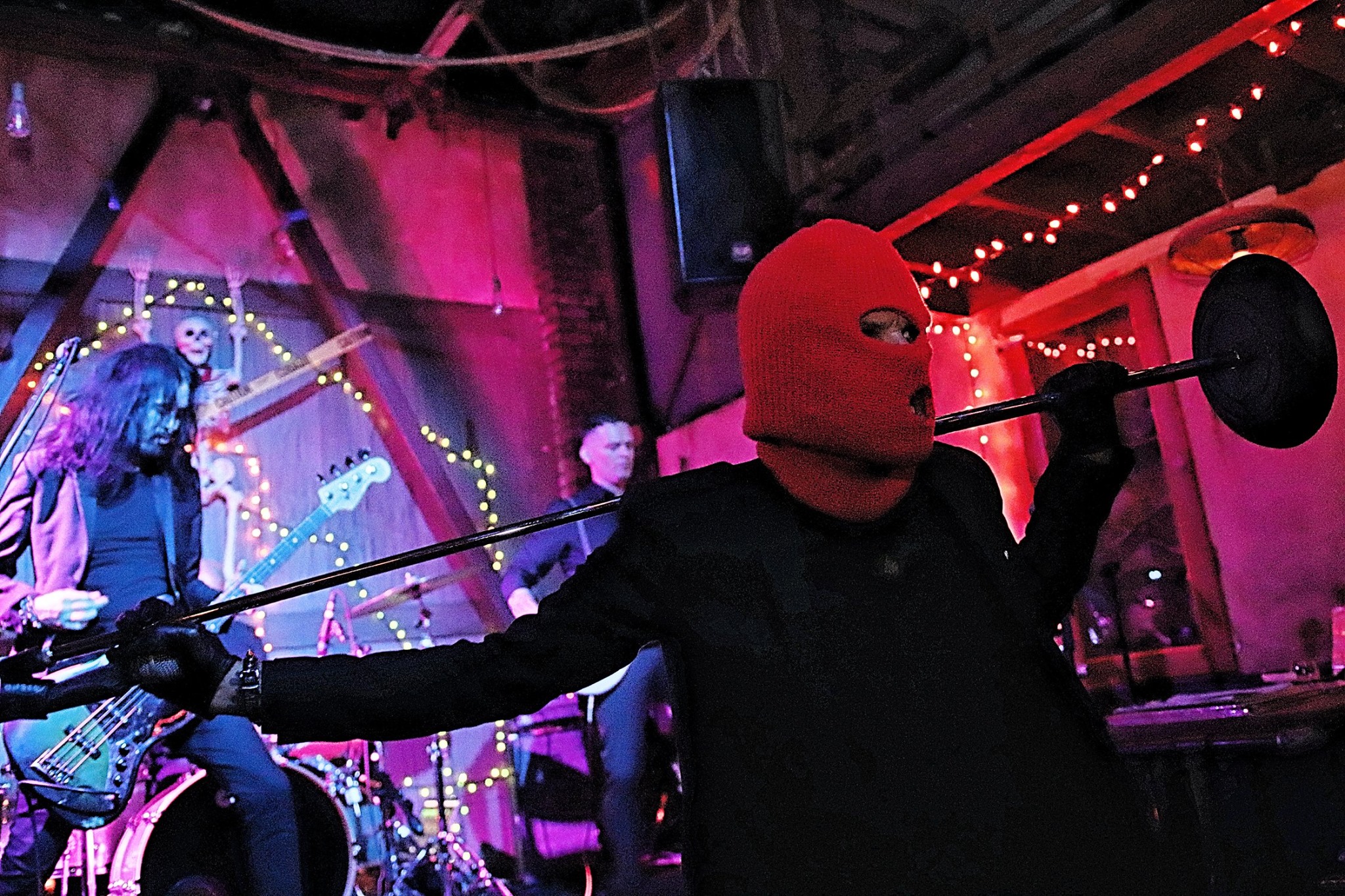 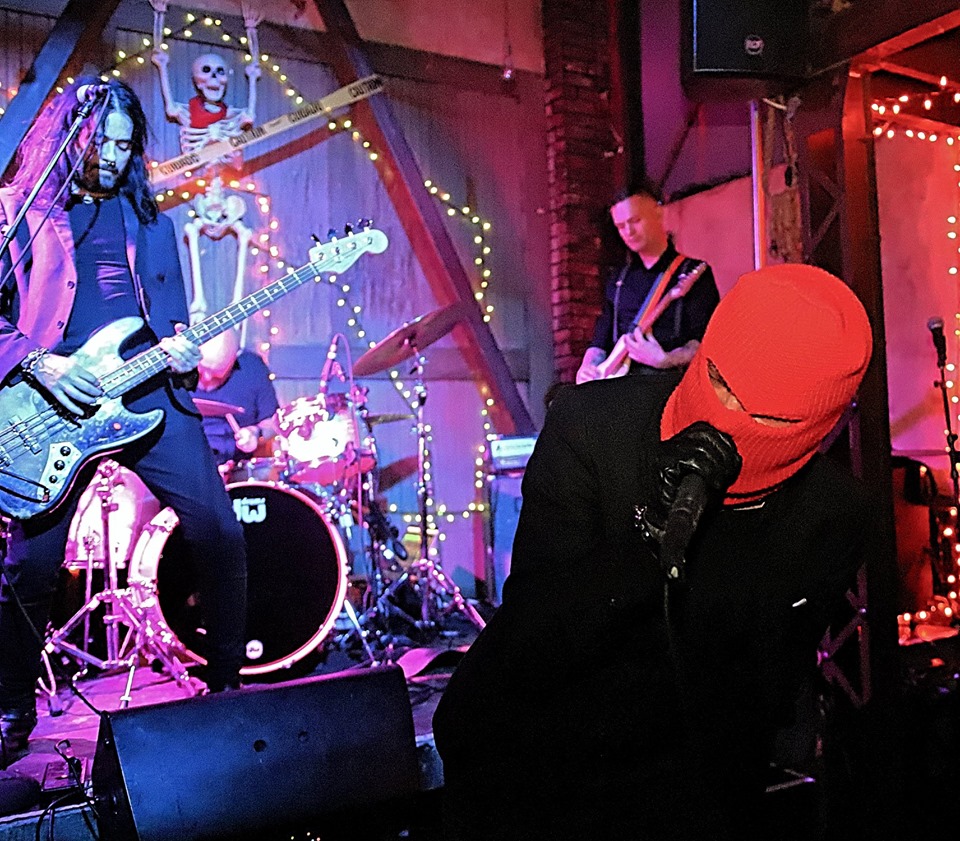 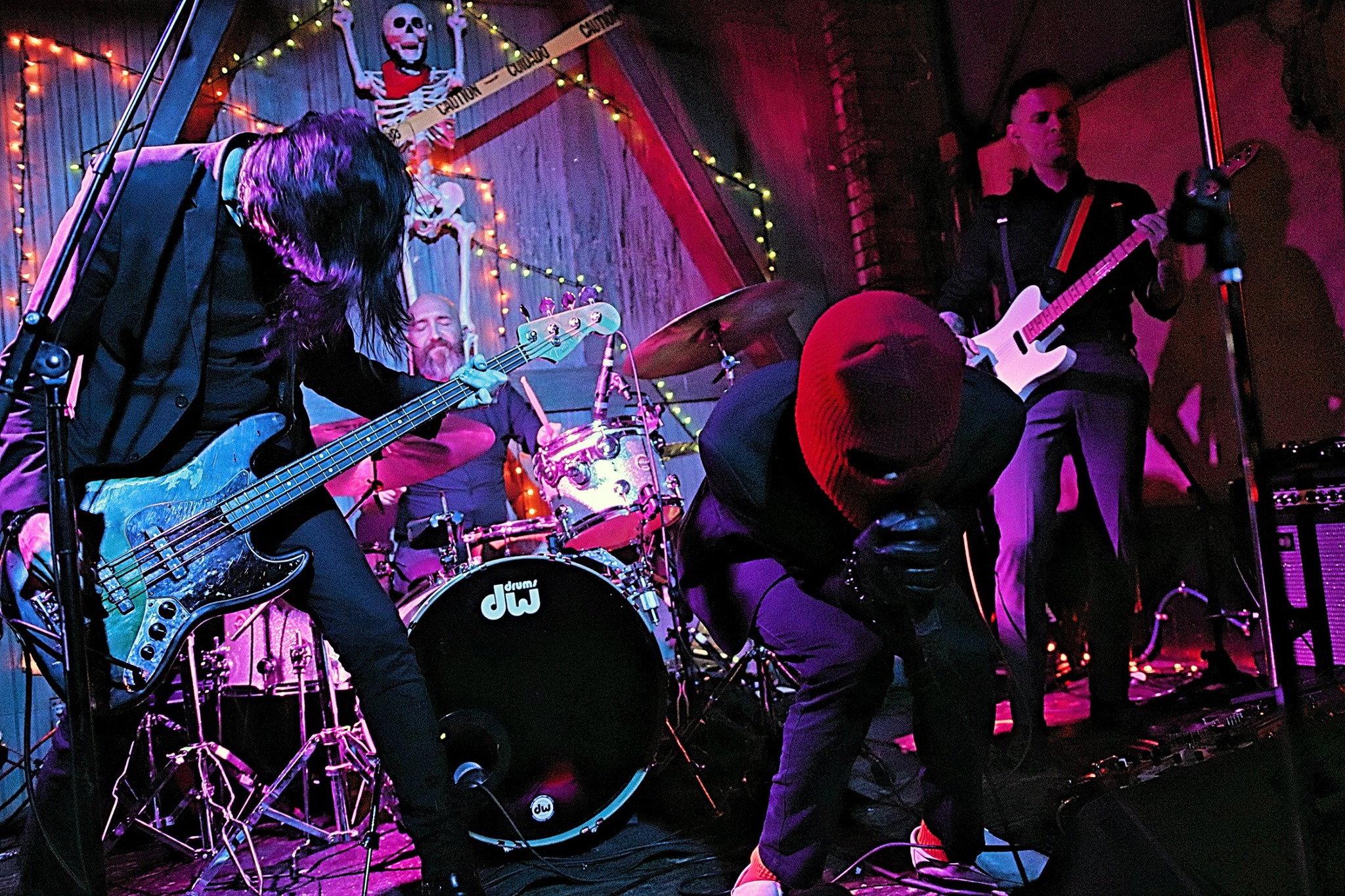 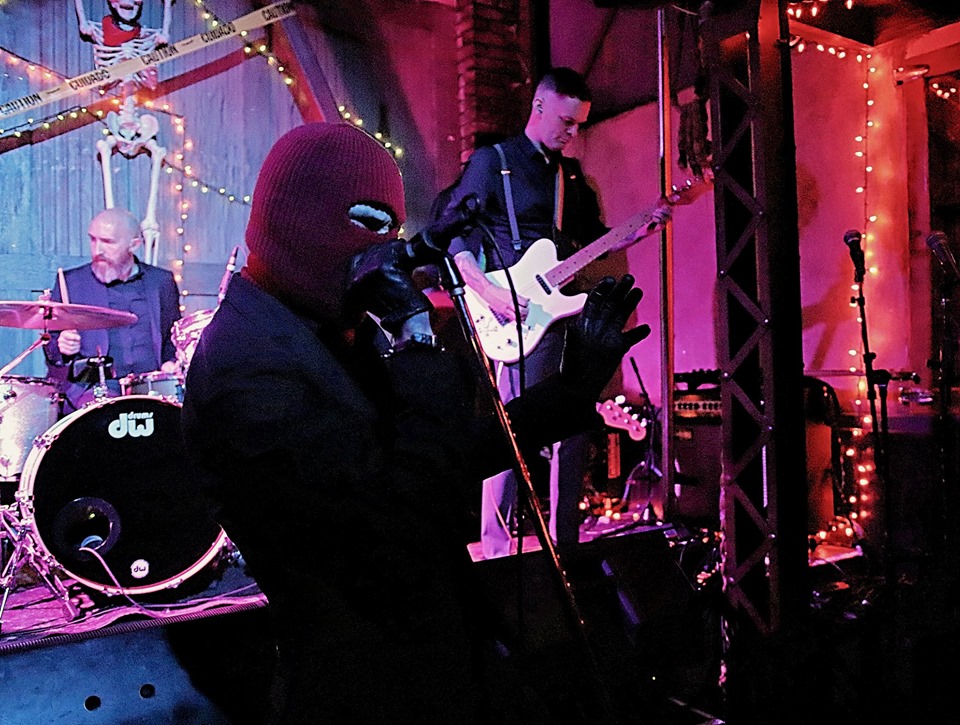 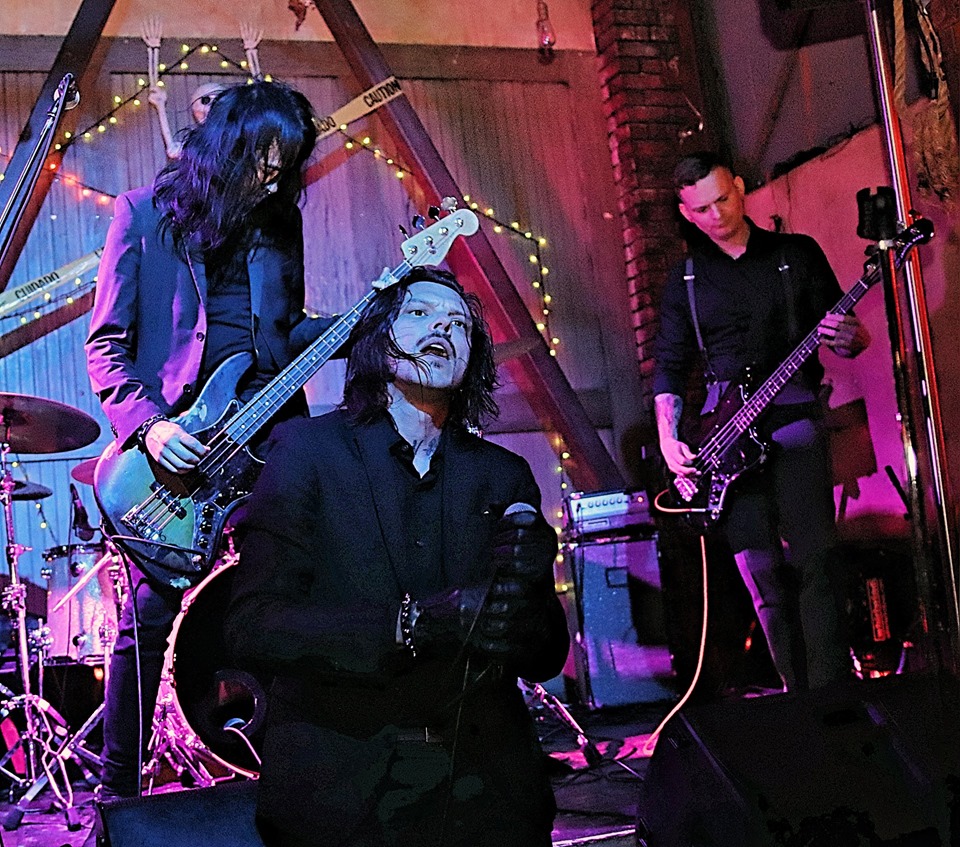 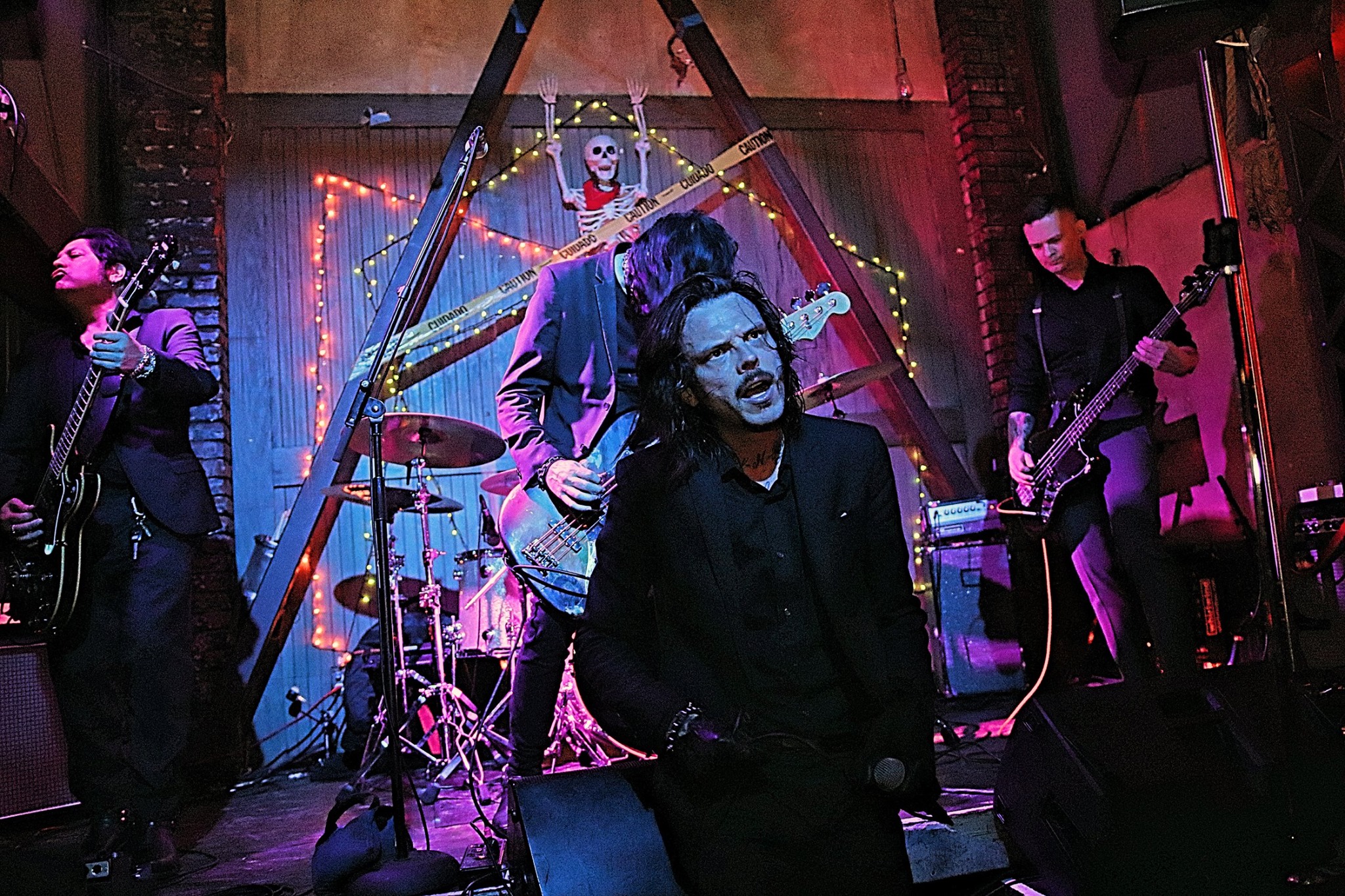 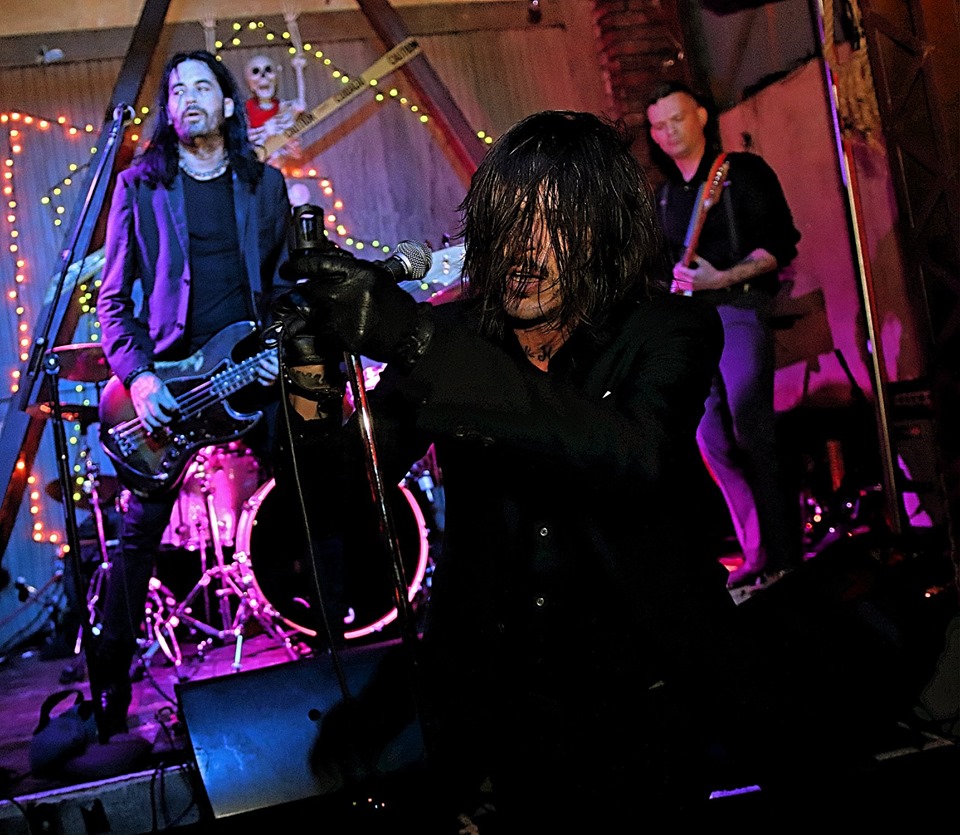