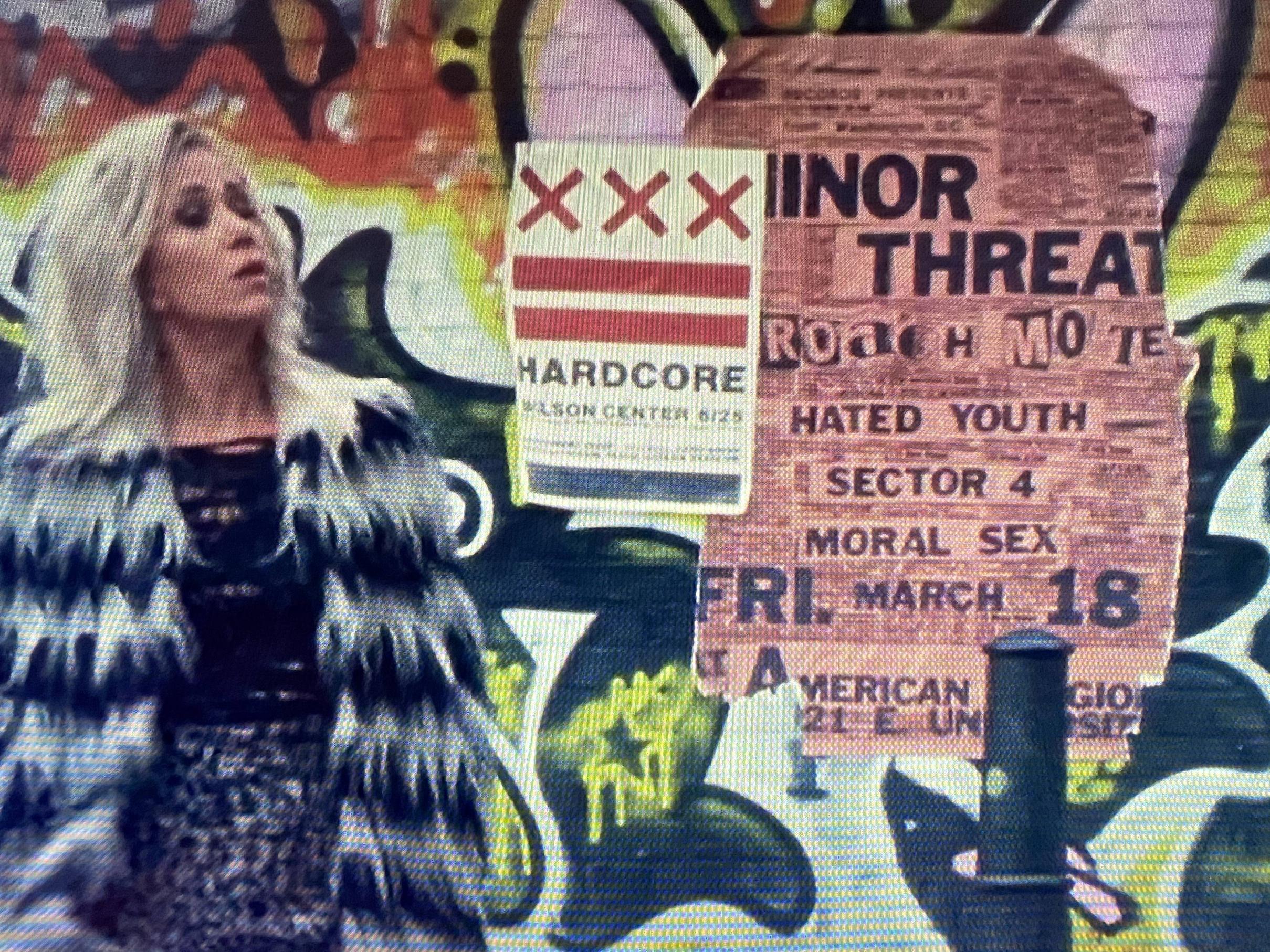 Kristen Wiig: one of the punk hardcore references In Wonder Woman 1984

I once saw Harley Flanagan at a Sound and Fury festival, and all-hardcore event, and he was the incarnation of his legend, trashing the stage with insane energy, looking impassible in front of the constant ballet of people stage diving. The founding member of the Cro-Mags had this don’t-fuck-with-me attitude, ferocious as a survivor of a post-apocalypse world at the end of a Mad Max movie. Since he was playing an old-school type of hardcore, reminiscent of the Bad Brains, I continued to follow him on social media.

Recently I saw him posting about… Wonder Woman 1984, the new superhero movie that everybody probably streamed around Christmas. And I got curious, why an ex Cro-Mags would be posting about a cheesy movie inspired by a comics-inspired series of my childhood?

‘DO PEOPLE REALLY THINK I GIVE A FUCK IF THERES A TIMELINE ISSUE WITH WONDER WOMAN 84?? LMFAO WOW,’ he wrote on an Instagram post, he even posted a photo of Wonder Woman wearing a Cro-Mags shirt… And that was intriguing.

It turns out that there is a scene in the movie where Diana/Wonder Woman and boyfriend Steve Trevor crossed their paths with a group of young punks, and I hadn’t really noticed that one of them was wearing a Cro-Mags shirt and another one a Bad Brains shirt. Trevor, who died in 1918 in the previous film, has suddenly woke up in 1984 and is obliviously intrigued by this strange group of people, but the very short scene was just there for a clash-of-eras effect.

But this got in the middle of a lot of conversations: Cro-Mags’ debut album ‘The Age of Quarrel’ (featured on the shirt) was released in 1986, whereas the Bad Brains album featured on the guy’s shirt had just been released in 1984 and it’s highly improbable this design (a 1996 CD reissue cover) would have already printed on shirts.

And people noticed, yes, they did notice even though they were watching a comic book turned into a popcorn movie. Plenty of people posted about the anachronism as if it mattered. Harley Flanagan was responding to some of these complaints and even Jon Wurster (Superchunk, the Mountain Goats, and Bob Mould) was alluding to a heated debate on his page!

Ex-Cro-Mags John Joseph posted this explanation: ‘Had about twenty people tell me about this. Patty Jenkins Director/Writer (Monster – Wonder Woman, etc.) is a good friend since the 80’s – she asked me to send her a Cro-Mag shirt for the new “Wonder Woman 1984” released today. I sent her this “Age of Quarrel” tee-shirt. The original album (black cassette) was recorded in 1984. Me and Parris (guitarist) paid for the recording. His father owned a pressing plant in Nashville and pressed up the tapes. Here’s some trivia too. – I got Patty her first directing gig. It was for the band Leeway – Three Wishes video. She went to film school in NYC but grew up in DC – is a huge @badbrainsofficial fan too! #wonderwoman1984.’

You would not expect the director, Patty Jenkins, to be into punk hardcore and a friend of the scene, but that’s the case, and she put a few punk hardcore references in Wonder Woman 1984. And it’s not the only punk reference in the movie, as a cameo of a Minor Threat poster was noted by Twitter and Brooklyn Vegan, while the character of Kristen Wiig at this same moment looks totally punk with her high boots and black and white fur coat. There is also a classic Georgetown punk store, Commander Salamander, recreated for a scene of the movie. This totally escaped me, but what could be more hardcore than a woman fighting against the entire planet? I want a fight between Wonder Woman and Harley Flanagan in the next movie.

However, it is really curious to see all these discussions heating up over such a trivial thing when the movie is an entire fantasy, and when people can fly and suspend the laws of physics. It just proves one thing, hardcore fans are complete nerds.

Weyes Blood is at the Theatre at Ace Hotel