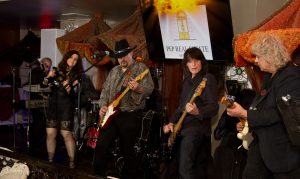 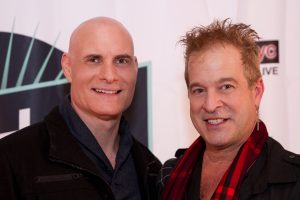 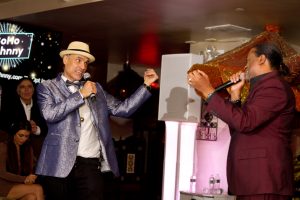 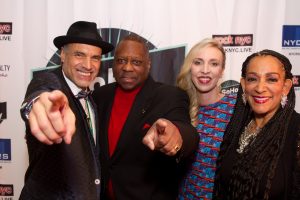 The “Who’s Who” of the Holiday and beyond celebrated dazzling festivities in a 7-hour sparkling Soirée hosted by recording artist, producer and humanitarian, SohoJohnny at Casa Le Femme in the heart of the West Village in New York City. The event featured performances by superstars including: Kim Sledge from Sister Sledge and daughter Julie, Leon & The Peoples (actor Leon Robinson from “The 5 Heartbeats”, “The Temptations”, “Above the Rim”, “Cliffhanger” etc), Michael Musto (most well-known and respected journalist and critic on the planet), Eban Brown, lead singer of the Stylistics, Strafe (Set It Off), Magic Coleman (The Drifters), Debonair Casanova, Bria Lee, Rainere Martin, Desi & The Undercover Band, and the fabulous DJ Mike Nappi of FlexMusic, holding the beats together, all benefitting The American Cancer Society. 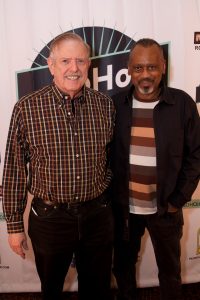 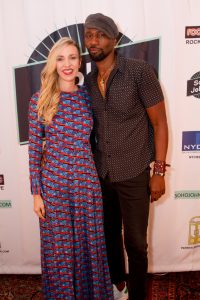 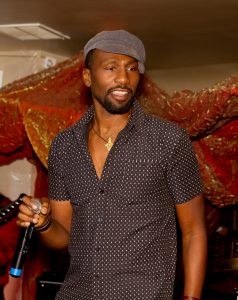 The unique and opulent boutique venue, Casa La Femme, lavishly themed and decorated with a Mid-Eastern flair, served gourmet offerings while the show opened with Desi and The Underground. Headliner Leon & The Peoples rocked the house with their soulful reggae featuring a collaboration with SohoJohnny. Leon’s performance was an effervescent offering of talent, class, and sophistication. The salacious actor and singer knows exactly how to please the crowd. 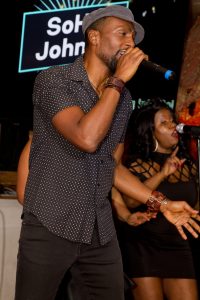 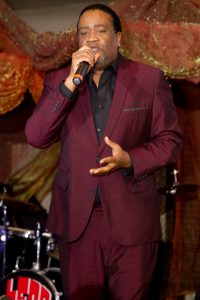 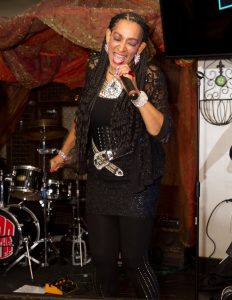 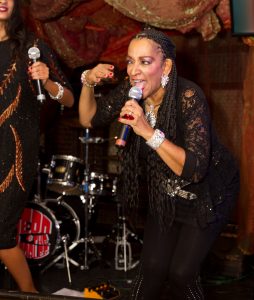 The iconic soul sister Kim Sledge led a 10 minute impromptu ultra-climatic “We Are Family”, accompanied by The Peoples Band live, with nearly every celeb in the house joining her. The stage became a “We Are The World” type extravaganza that rocked the venue. Ms. Sledge proved to be a warm, sensitive, kind soul who mingled with the crowd and freely focused on what people had to say. Her performance was awe inspiring. 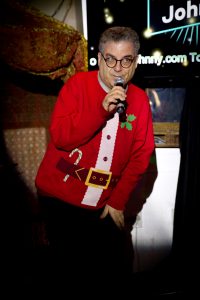 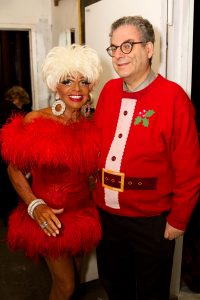 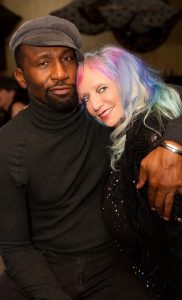 Michael Musto captured the stage next, adorned in a Christmas sweater, and showcasing his famous gender medley. Donna Summer tribute artist Rainere Martin performed the best of the artist ending with “Last Dance”, and then Strafe performed the hit “Set it Off.” Eban Brown, the former lead singer of the iconic “Stylistics” sounded exactly like the record while he made everyone “Feel Brand New”, and Debonair Casanova performed a duet of “Ladies Night.” 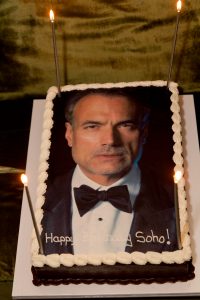 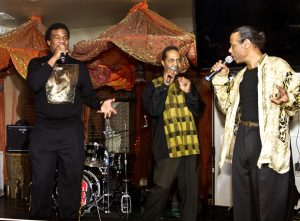 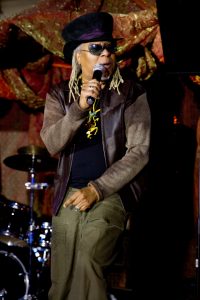 Long-time friend Nino Liotta then presented SohoJohnny with a picturesque likeness in the form of a cake in celebration of Johnny’s birthday. This was followed by a visit from Dom “Santa” Agostino, and a tribute to Monty Rock III. 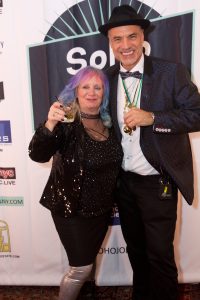 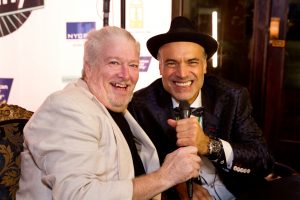 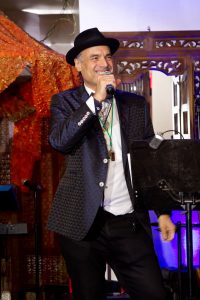 For me the musical high-lite of the evening was a singer who began performing while I had walked past the back of the main stage. Strikingly talented but unfamiliar, I walked back to the stage to see who was singing the cover of “Take A Letter Maria.” I was flawed to discover it was none other than SohoJohnny doing an electrifying solo. He was not only sounding phenomenal, but he was also confidently poised and surprisingly comfortable for a new artist on stage. A true superstar in the making, SohoJohnny later came onto the stage as an animated elf. It was astonishing to see the usually low keyed, calm character transform into a high spirited, vibrant performer and host….

The celebration was not only a holiday spectacular, but also focused on raising money for Cancer, as SohoJohnny believes in not only sharing the joy of music in his heart with the world, but is also touched by the human spirit and enjoys giving back to those less fortunate. That’s his main vision and what’s embedded deep inside his heart and soul.

Very special mention and thanks has to be given to Gayle Serle, whose behind the scenes efforts were remarkable, Celebrity photographer Billy Hess, Tym Moss, photographer Paul Page, videographer Kristen Jensen, all the rest of the media, Casa Le Femme, and of course Sohojohnny.