Lured by producer, promoter, entrepreneur, philanthropist, actor and superstar to humanity John “SohoJohnny” Pasquale, to Atlantic City in the middle of the night on a journey destined for the East Coast Music Hall-of Fame awards, I apprehensively consented to take part in the adventure. As it turned out my uncertainty was in vain as the Gala extravaganza at Harrah’s became one of the ultimate affairs thus far this year…. 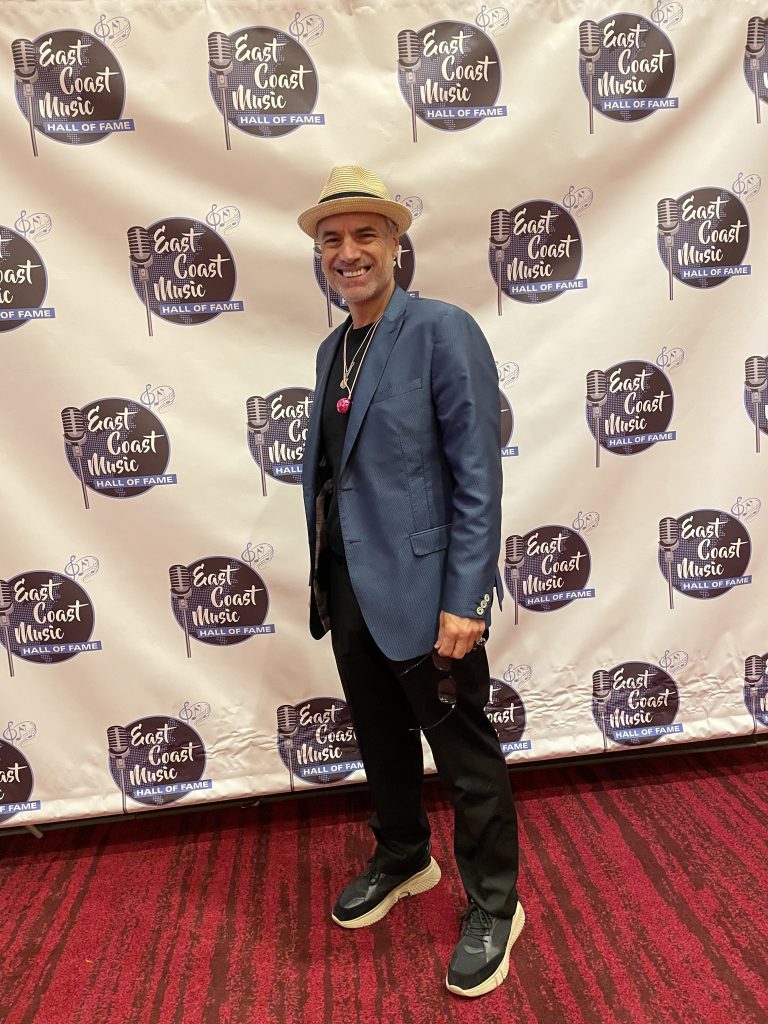 For SohoJohnny he stepped into a door of the past where ghosts lie in the shadows, gazing back towards the decades and embracing echoes of the familiar. Through the telescope of memories the present seems most perfect when it’s seeds lie in the past. Life is rendered flawless when we look towards the future. His contributions to the human race through his Let Me Help, Inc foundation have been nothing short of miraculous. His love for music has fueled his intent to help those less fortunate. As an entrepreneur he owns a thriving real estate business called, “Pep Real Estate”, two record labels, “Tribeca” and “Soho Records”, as well as a brand new NFT company launching June 21st, called Soho Techniques.”

The East Coast Music Hall of Fame is “dedicated to celebrating honoring and sustaining music’s past, present, and future, giving recognition to those who have dedicated their lives to preserving our music.” President Bill Grieco was joined by board members Mark Baron, Jim Gregorakis, Charlie Horner, and Joseph Mirrione in producing a lavish and memorable event. Producing the Gala was Joe Mirrione who stated “The events associated with honoring these East Coast icons has been a labor of love for me”, and he couldn’t have been kinder and more generous to myself and SohoJohnny. 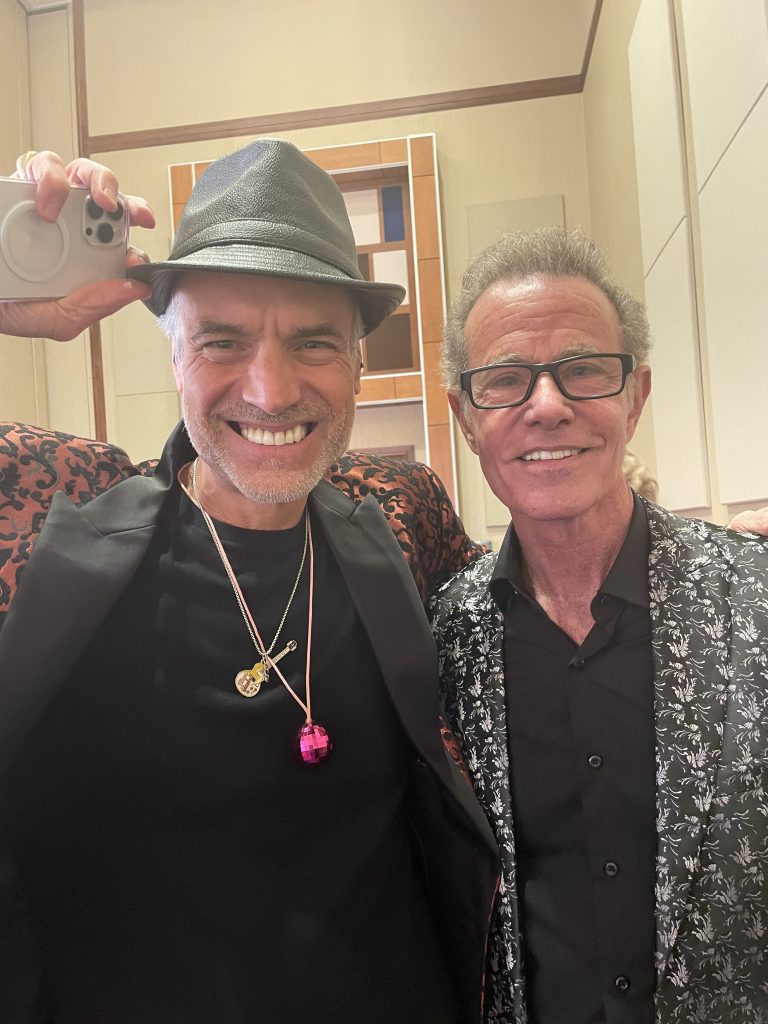 This year the Honorees were for Life Time Achievement: Tony Orlando, Gloria Gaynor, Neil Sedaka, Dionne Warwick, Cousin Brucie, Tavares, and inductees were: Jay and the Americans, Gary U.S. Bonds, The Tymes, Manhattan Transfer, Earl Speedo Carroll, Delauro, Contomo and Lanz. The after party was also orchestrated by some of the best entertainers I have ever seen, “Stiletto & The Saxman”, Joey and Doreen Armimio, and the breakfast and lunch award MC, Gene DiNapoli was truly one of the best… 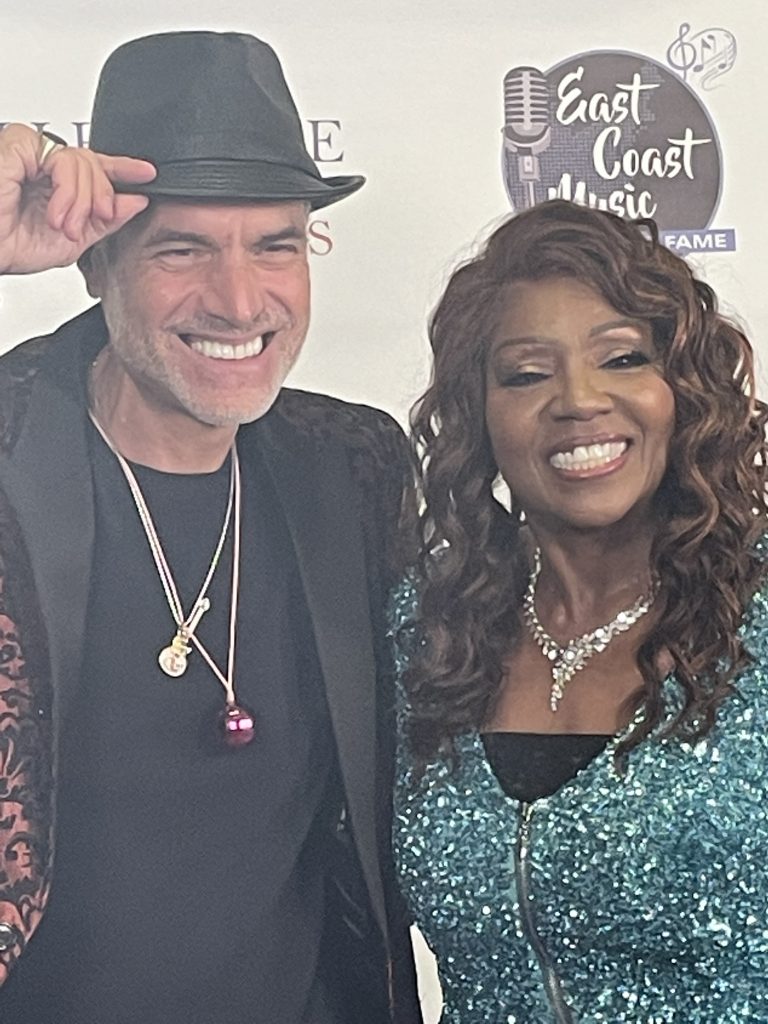 While the two day event held many memorable moments, there were some that will live on at least in my mind forever. The height of these significant recollections was meeting the iconic Tony Orlando, probably the sweetest and most humble human in the entire entertainment industry. Closest to a living angel Tony became fast friends with SohoJohnny and at one point let the world know that Soho was a legend. Imagine being called a legend by Tony Orlando….and despite an earlier case of laryngitis his performance on stage was magnificent. 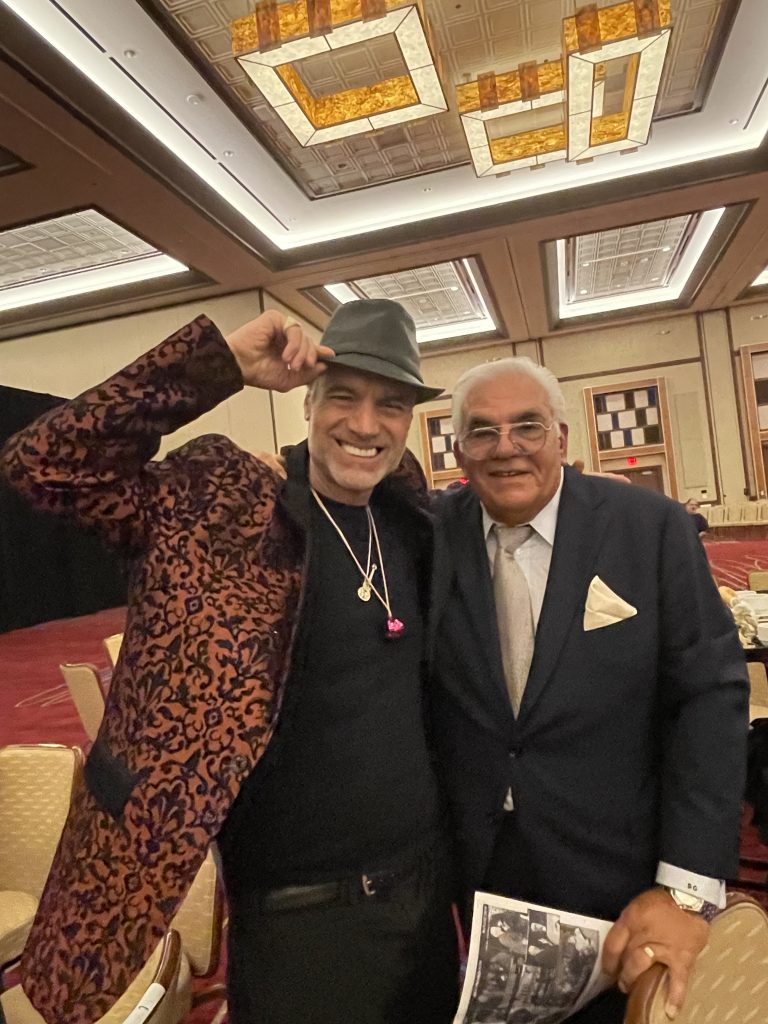 Because of SoHo’s vast array of contacts as a promoter and philanthropist and most importantly industry friendships, he received a carte blanche welcoming from the stars… SohoJohnny was welcomed backstage and was able to take pictures with celebrities including Gloria Gaynor, Tony Orlando, and others. A little added tribute was the fact that the legendary super rocker Joan Jett was sitting at the next table….. 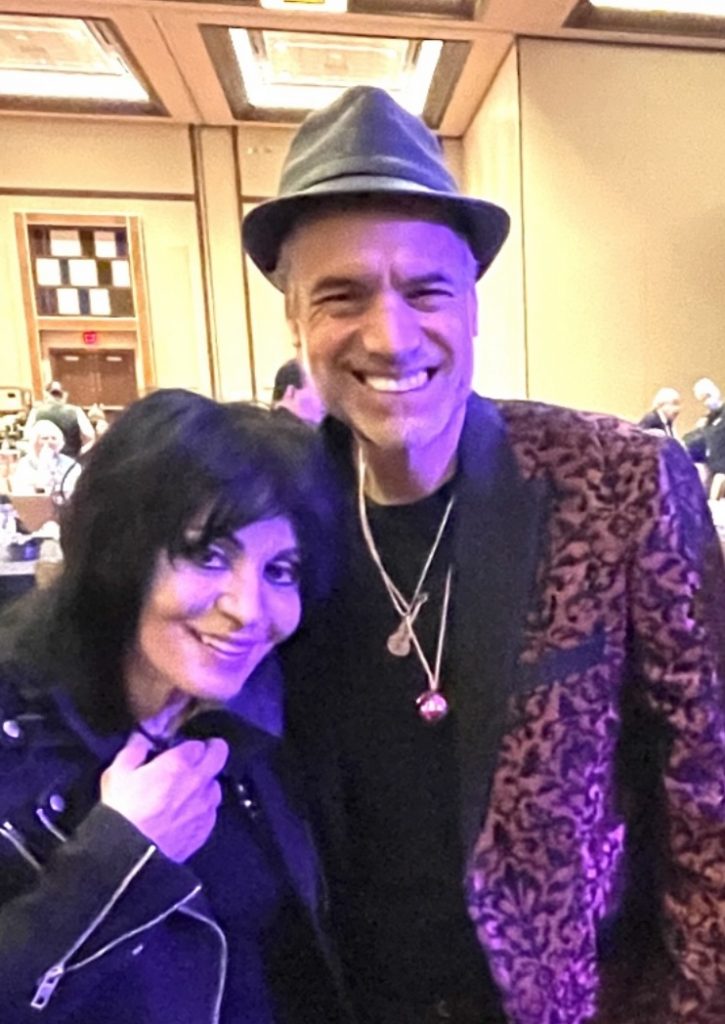