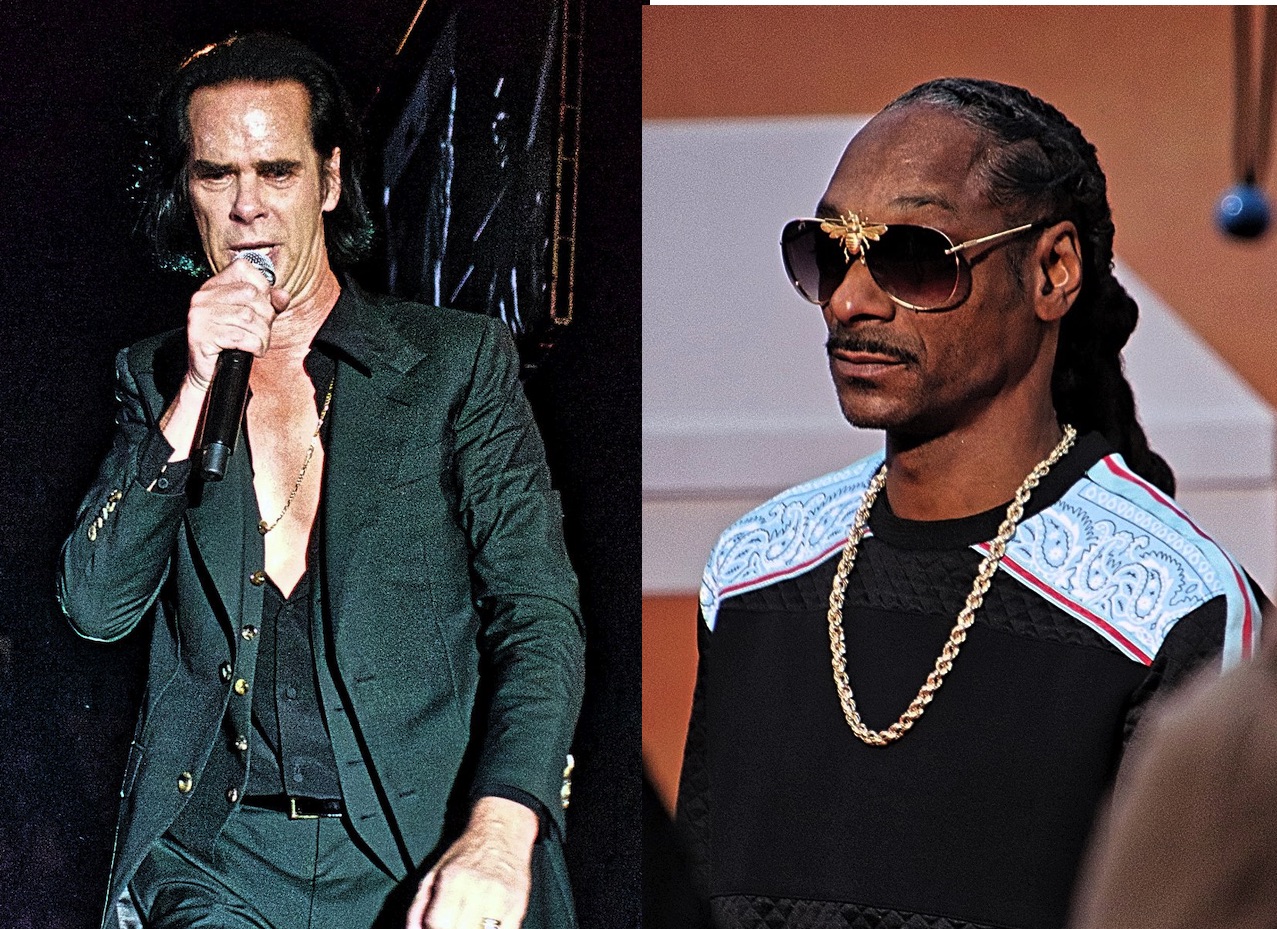 Snoop Dogg has shared his own cover of Nick Cave and The Bad Seeds’ ‘Red Right Hand’, that he recorded for the BBC One show ‘Peaky Blinders’.

The song, which is one of the most violent numbers when Nick Cave performs it live, has been slowed down to an almost reggae-ish cool tempo fading away in dub beats and Snoop’s fumes. The music is still very recognizable, but the tone of the song is tamed down with Snoop’s languid delivery,… all danger seems gone, and only Snoop Dogg could turn this incendiary threatening track upside down, and make the most un-scary version of ‘Red Right Hand’ we have ever heard.

On the internet, the cover got all the reactions in the world, from a GIF of an angry Greta Thunberg repeating ‘How dare you?’ (the upright Nick Cave fans) to ‘This is cool, my two worlds are colliding (the cool Nick Cave fans). If there are more fans dismissing the cover than fans praising it, I am honestly more in love with the idea than the version itself. But, Nick Cave himself has apparently declared it was ‘awesome’ during one of his last conversations, without revealing the name of the artist covering his song.

However ‘the two worlds colliding’ should not be the right term, gangster rap has probably been Cave’s inspiration for songs like ‘Stagger Lee’, while I remember him commenting on his song ‘Rings of Saturn’ in the movie ‘One More Time with Feeling’, and saying it almost sounded ‘like a rap song’. And both artists were also invited to Quentin Tarantino’s premiere of ‘Once Upon A Time In Hollywood’ at the Chinese theater last July,… so much for the two worlds colliding!

Watch Snoop Dogg (wearing the same cap than the one worn by the British gangsters in the show) and declaring: ‘By the order of the Peaky Blinders, this is ‘Red Right Hand’ by Snoop Shelby,’