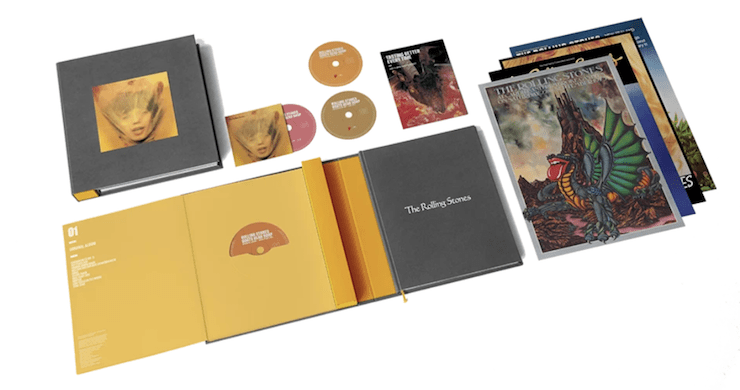 Billy Ocean, One World – I can’t believe the Trinidadian via the UK r&b singer 80s manifest is back, and the first single is ace

Car Astor, You Say You Love Me…But I Don’t Believe You

Dirk Powell, When I Wait For You

Elderbrook, Why Do We Shake In The Cold?

Grant-Lee Phillips, Lightning, Show Us Your Stuff – Two years since the great “Walking In Circles,” the 1990s roots guy is always welcome

Hannah Georgas, All That Emotion

Josiah Johnson, Every Feeling On a Loop

Korine, The Night We Raise

Lana Del Rey, Chemtrails Over the Country Club – This is the spoken word one with Jack Antonoff composed mood music underneath it all, the one song (?) I heard was inconsequential

Lauren Alaina, Getting Over Him EP

The Rolling Stones, Goats Head Soup [re-issue] – Really? It has “Angie and “Star Star,” but this was not a great era for the Stones as Keef fell into his junkie spiral, Mick coked up with Bianca, and the gift was on the wane. It is fair to say that the Stones recorded work never quite recovered till 2016. The War On Drugs’ Adam Granduciel, who just did a Scarlet” remix,  referenced  Rewind (1971–1984) and not GHD when he referenced “Angie”. Still, it has a ton of stuff, and since there is only ten songs on the sucker a ton we haven’t heard, and is still the Stones in their thirties. – MOST ANTICIPATED OF THE WEEK

Sprain, As Lost Through Collision

Tricky, Fall To Pieces – The song I heard  was the poppiest from Tricky in recent memory

Various Artists, Angelheaded Hipster: The Songs of Marc Bolan and T. Rex – I’ve heard quite a bit of this and it was uniformly dreadful, even Joan Jett, who was born to cover Bolan, doesn’t do well by the long dead legen