Singer-songwriter Josie Cotton On The Death Of Elliott Smith 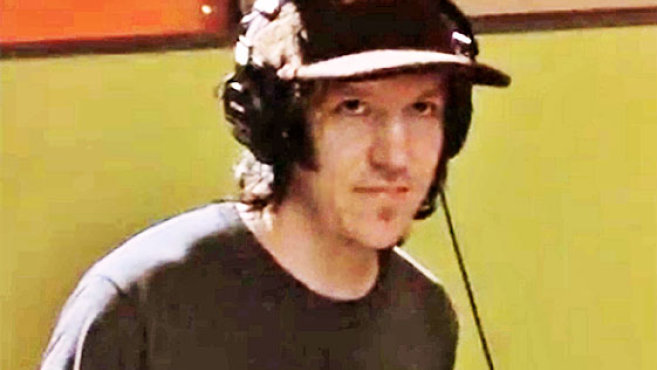 Singer-songwriter Josie Cotton, who is best known for the early ‘80s hit singles like ‘Johnny Are You Queer?’ and ‘He Could Be the One,’ is still writing and recording music. She has released an album last year ‘Everything Is Oh Yeah on Kitten Robot/Cleopatra Records, and I even got the chance to see one of her great performances a few months ago. She owns Satellite Park studio in Malibu where Elliott Smith made his first attempt at recording his album ‘From A Basement On The Hill,’ with the help of David McConnell who was Josie’s boyfriend at the time.

In a 2009 interview with Magnet Magazine, Josie was asked about the time Elliott spent at her place: ‘Elliott came over one day, and he stayed for six weeks. He never left during that time. I was in awe of his talent, so it was a little awkward,’ she said in the interview. ’He recorded in my bedroom for a while. I’d fall asleep and wake up and there’d be Elliott Smith, singing across my sleeping body.’

Since it was during the peak of Elliott’s drug consumption, she saw him at his lowest point and admits he had ‘a huge substance-abuse situation going on.’ This time has been well documented in almost every article/book written made about Elliott, ‘Searching for Elliott Smith’ included. A few years ago, I even talked to someone recording under the name ‘Plastic Soul’ who was around, working with McConnell. He told me that Elliott was taking ‘massive amounts of drugs of all kinds’ including a large collection of prescription drugs. Plastic Soul did remember an Elliott in pretty bad shape, very thin, having hallucinations because of the crack he was taking, burning his arm with a cigarette while trying to kill imaginary insects and worms crawling on his arm. Plastic Soul gave me a very scary description of a paranoid Elliott, who became aggressive with him.

We know that the recordings done at Satellite Park studio were not included in the posthumous album, and McConnell has said that the songs he recorded with Elliott were much better than the ones featured on the actual FABOTH and that he also has hours and hours of recording of Elliott doing improvisations, making up new songs and talking, talking… talking about Dreamworks executives, his stepfather, his intentions for the record. As for McConnell, ‘He cut ties with everyone,’ told me Josie Cotton who kindly answered to me a few days ago.

Even though Josie doesn’t have real insight into Elliott’s tragic demise – she saw him in 2001 and he died in 2003 – the way she mentioned his death was very interesting: ‘I’ve never talked about it and no ones ever asked but it’s very mysterious the way he died,’ she first said, while it is very clear that Josie saw the worst of Elliott, and could have easily bought the suicide story.

She also said that Elliott ‘did talk about suicide a lot when he was living with us as a way to get back at Geffen Records,’ something we have heard before, as Elliott was very upset with Dreamworks and was sending them suicide threats. But despite the drugs, the stay-up-all-night-and-all-day to record with McConnell, despite the constant suicide threats, Josie Cotton called his death ‘mysterious.’

She even knew a few more details: ‘I’m sure you know he was horribly abused by his stepfather and was doing an insane amount of drugs,’ she said. ‘Everyone was terrified he would die of an overdose. I don’t know if they ever did an autopsy, but I can’t imagine why someone would want to take him out unless it had to do with money. He had someone who handled his finances. I think Elliott was on some kind of allowance. I don’t recall the fellow’s name, but I do remember he was the guy who made Alanis Morissette tens of millions of dollars in a single investment in a very short amount of time and that’s why Elliot went with him. I wish I knew more. It’s a real mystery.’

She may have been talking about Michael Robertson, the founder and former CEO of MP3.com, a company that sponsored Morissette’s tour and turned her investment into millions in 1999. And I find intriguing that, in the middle of all this suicide talk, Elliott was thinking about making money?

Another interesting point was what she had to say about Valerie Deerin who was Elliott’s supporting girlfriend during these difficult times.

‘Valerie stayed with him at the house the whole time he was with us. She was down to earth and tuff minded. Lively at times. Very Scottish. But she worried about him a lot. A couple of times she threw herself in front of his car when he was on his way to get his drugs down on Venice Beach.’

I told her Valerie never accepted to talk to anyone after Elliott’s death – she actually talked to Liam Gowing but her interview was not included in his article – and for this reason, she has been quite mistreated by Schultz in particular. In his book ‘Torment Saint.’ He called her a ‘merch girl,’ ‘no more than a tour hook-up at first,’ and he insists that Elliott ‘and Deerin had very little in common’ as ‘she was not artistically inclined’…. There is a lot of this condescending tone every time Valerie is mentioned in the book, and since he has never met her, I found it very unfair. I have also heard someone else calling Valerie an ‘enabler’ but Josie’s experience with her was apparently quite different

After sharing with a few details about the autopsy report and the unsolved circumstances of his death, Josie added: ‘It’s very strange about the stabbing too, I read that it takes a lot of strength to stab yourself in the chest even once …but to do it twice is almost unheard of. So that stands out to me. It kind of makes me want to be a detective !!’