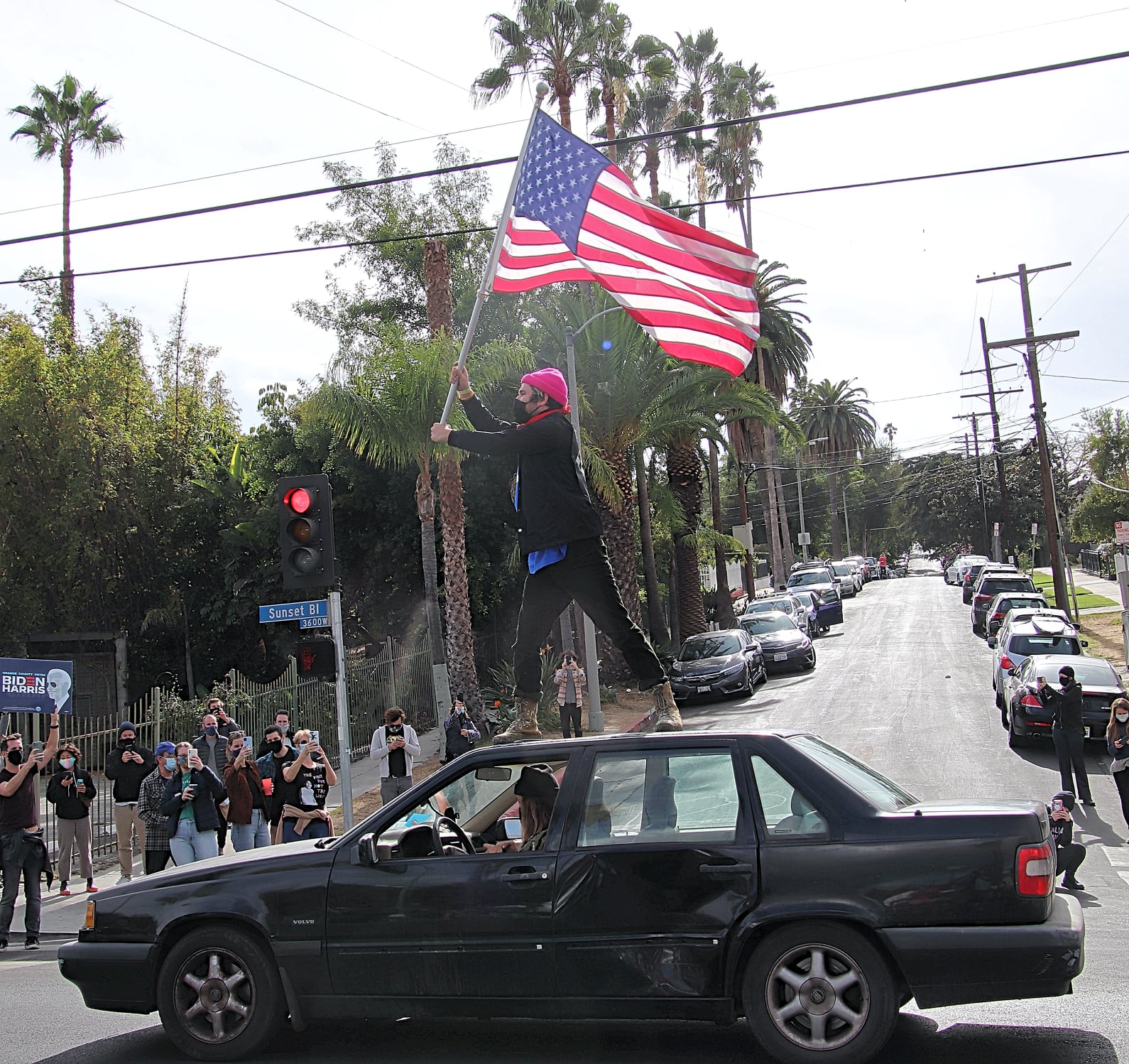 The elections are finally over, and Joe Biden and Kamala Harris won! A soon as the news was announced by the media, my whole neighborhood caught fire, celebrating Joe Biden and Kamala Harris’ victory and, despite the still-present threat of the pandemic, it was difficult to not take part in the festive ambiance. California overwhelmingly rejected Trump in 2016 and did it once again a few days ago. It was as if California had been highjacked by the rest of the country for four years… we really really didn’t like the man sitting in the White House, and yesterday sounded like a liberation after having been occupied by a foreign country for four long terrible years. People were giving away flowers, people were dancing with the American flag, people were kissing each other in the streets. I know I live in my Silverlake bubble (where Biden got a 92% approval), and I am well aware it doesn’t represent the entire state, but we all live in a bubble and mine was truly happy yesterday. it was pure joy in the streets.

It was time for celebration, and from mid-morning to late afternoon, Silverlake celebrated Biden-Harris’ victory. Cars paraded on Sunset boulevard with loud honks and Biden/Harris signs or improvised ones, while a cheering crowd couldn’t believe what was happening. Bottles of sparkling wines were sprayed on the crowd and cars, not one driver complained the traffic was super slow – some of them must have been busy working – and even the bus drivers joined the celebration. It was a good day, a happy day, with a colorful crowd who had finally an occasion to show Halloween costumes in public. And since Silverlake has a large LGBTQ population, the spectacle in the streets got even more delightful. I left when the sun was starting to go down, but people were still at it, cheering and honking.

I heard plenty of cars blasting YG’s ‘Fuck Donald Trump,’ which let me think the celebration was equally celebrating Biden’s election than Trump’s repudiation… and that’s fine. We hated him here, we despised him, and it was a relief for the community. Here are a few songs to celebrate our victory.

Queen –‘We are the Champions’: An obvious one which fits my colorful LBGTQ neighborhood. It’s the most victorious song of all and the kind of epic anthem we need after this marathon election. I know it has been overused for sports arena, but it still is a classic.

Tom Petty – ‘I Won’t Back Down’: Another classic, simple and direct, translating the tenacity of all the people who have fought for this election. It’s also a powerful singalong about resilience and determination.

Bruce Springsteen – ‘The Thunder Road’: The quintessential Bruce Springsteen song where a man who ‘ain’t no hero,’ can still offer a chance for a better life despite an uncertain future… isn’t it what we are all expecting and hoping for at this exact moment?

Curtis Mayfield – ‘Move on Up’: Another very well-known tune with festive horns and an uplifting message about positivity and keeping our hopes high towards an ideal, despite obstacles. There is also this idea of inclusiveness, an idea very dear to our next president.

Bill Withers – ‘Lovely Day’: The title speaks for itself, it is the ultimate soulful and feel-good tune, that can make people dance till the end of the day.

CHIC – ‘Good Times’: No explanation necessary for this groovy roller disco song, and with this one, you cn be sure the street block party can go on all night long. 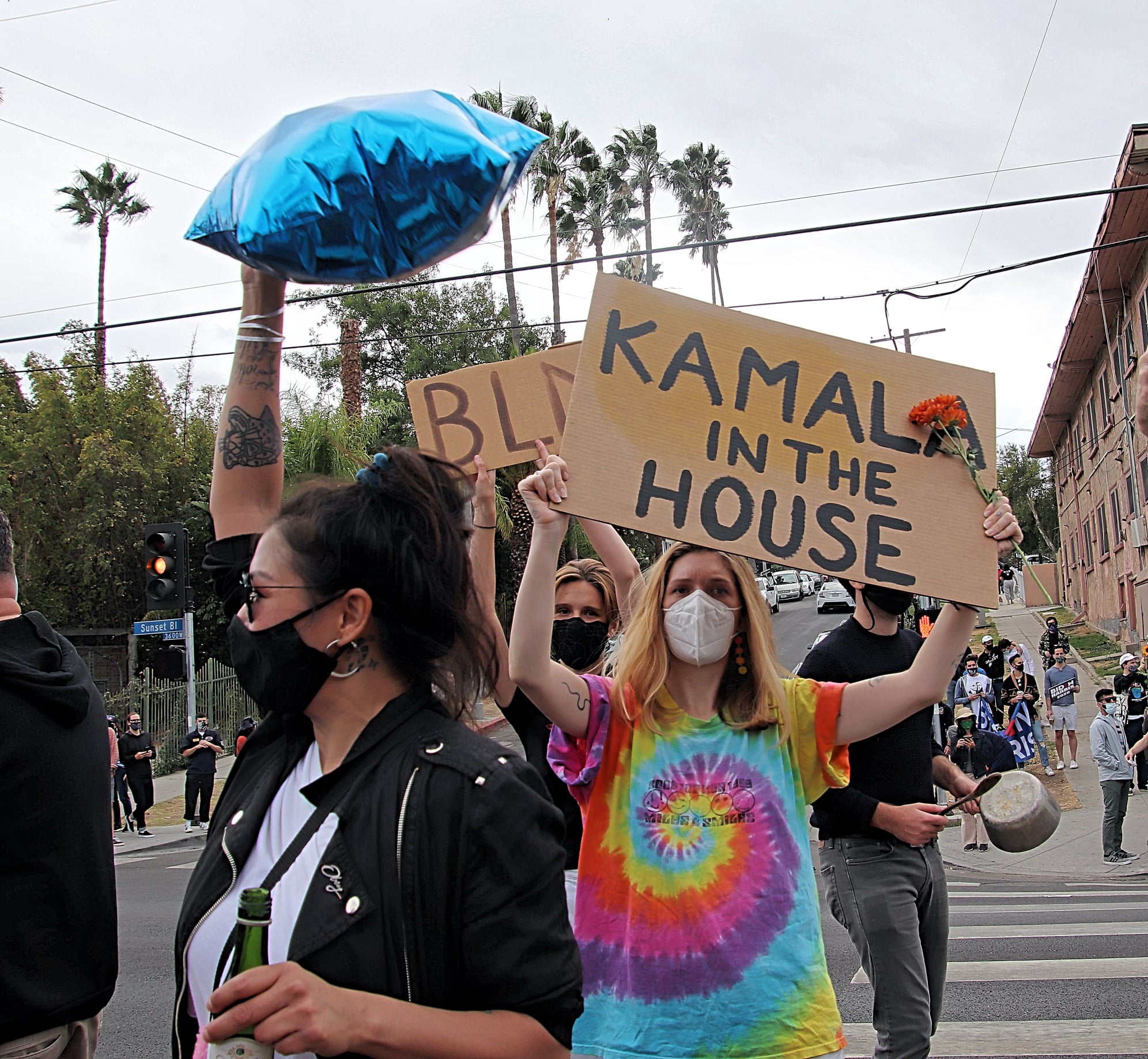 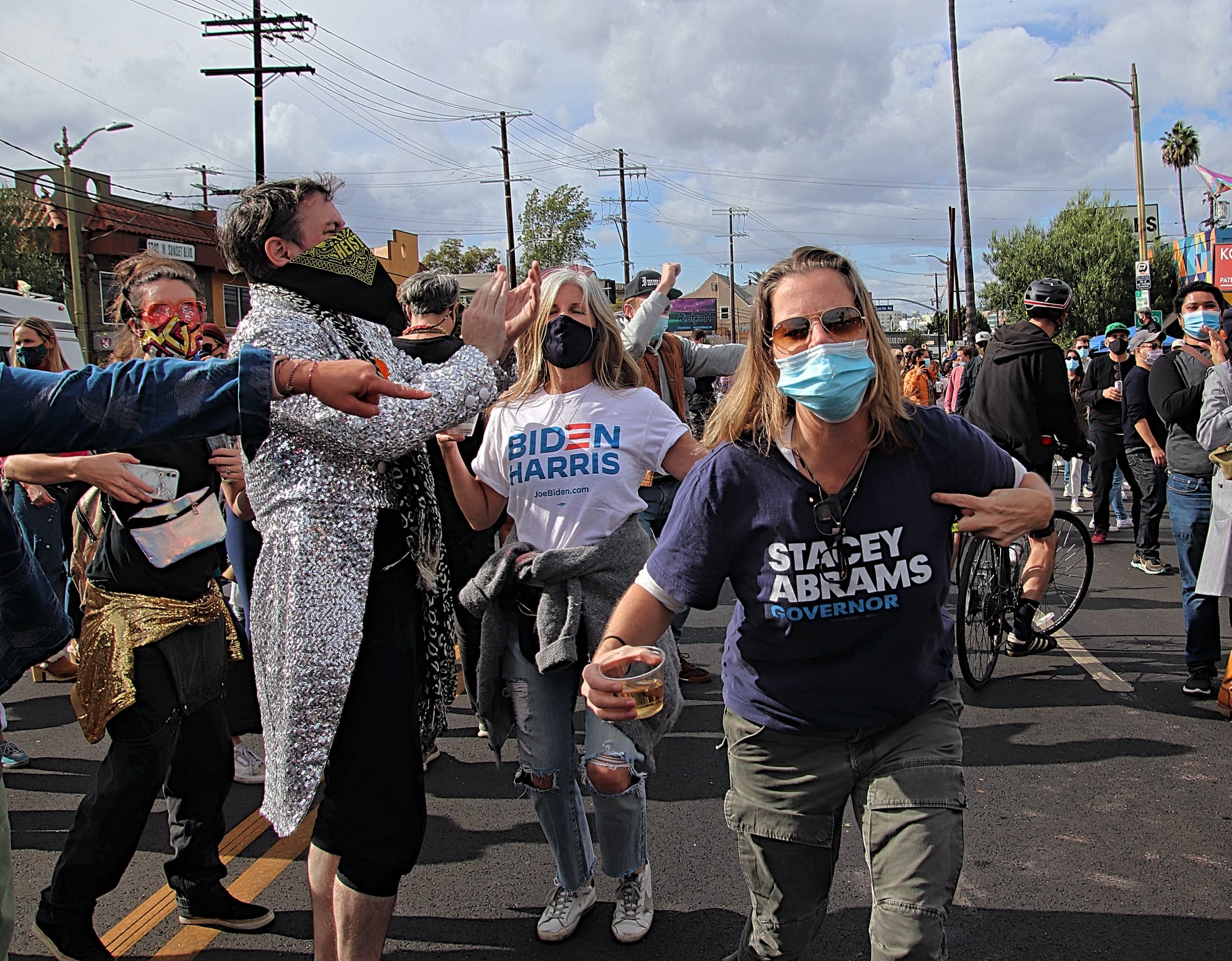 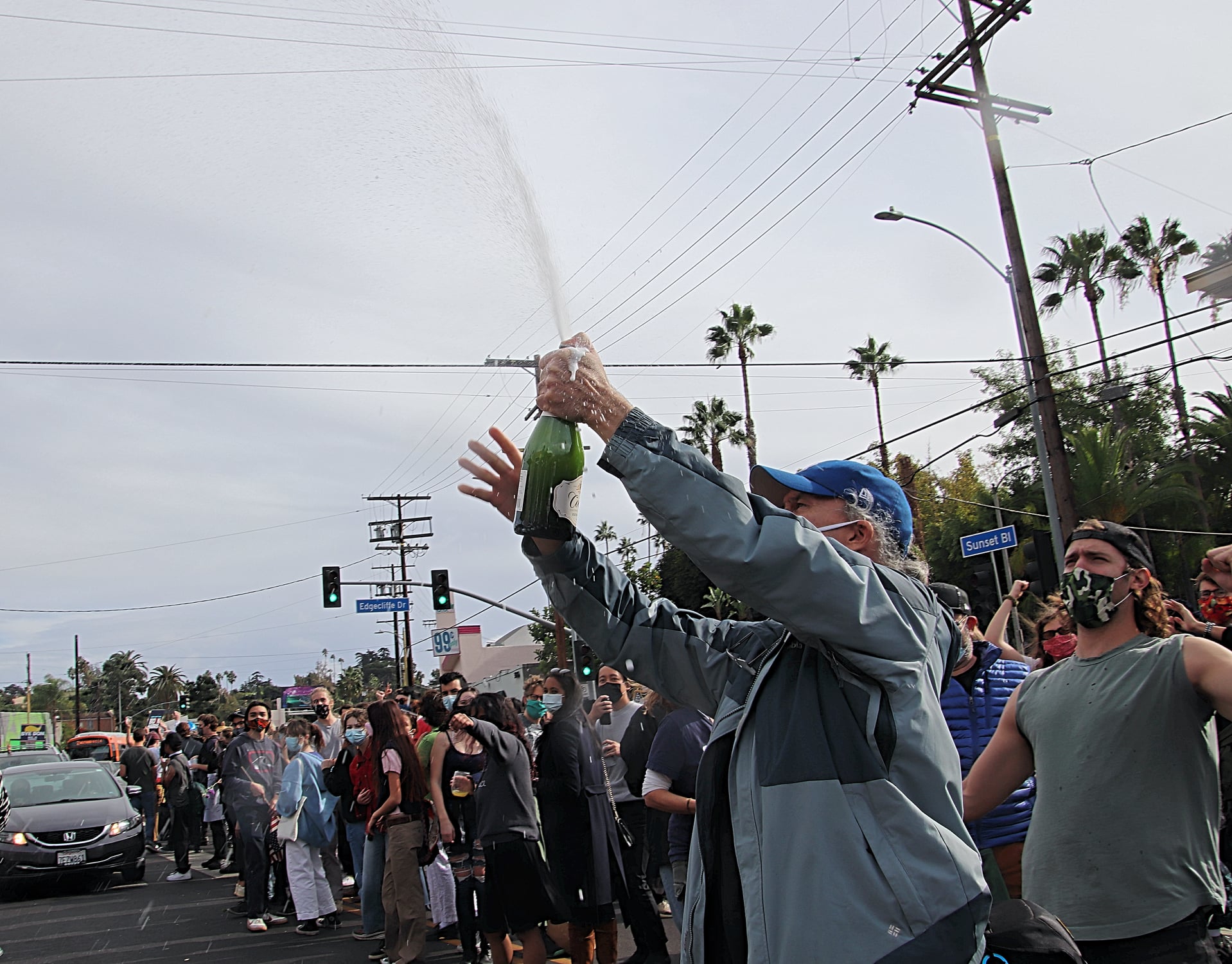 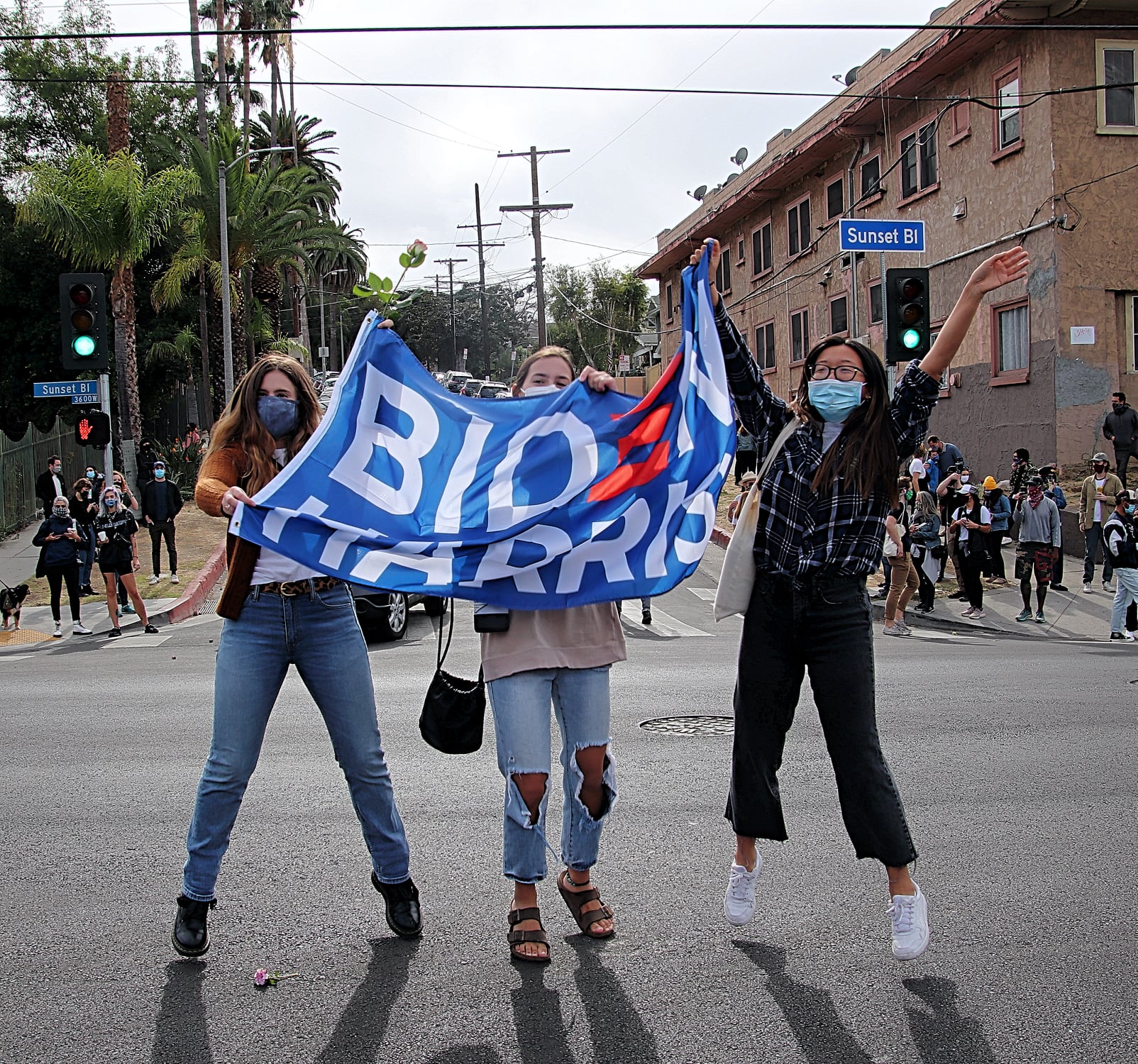 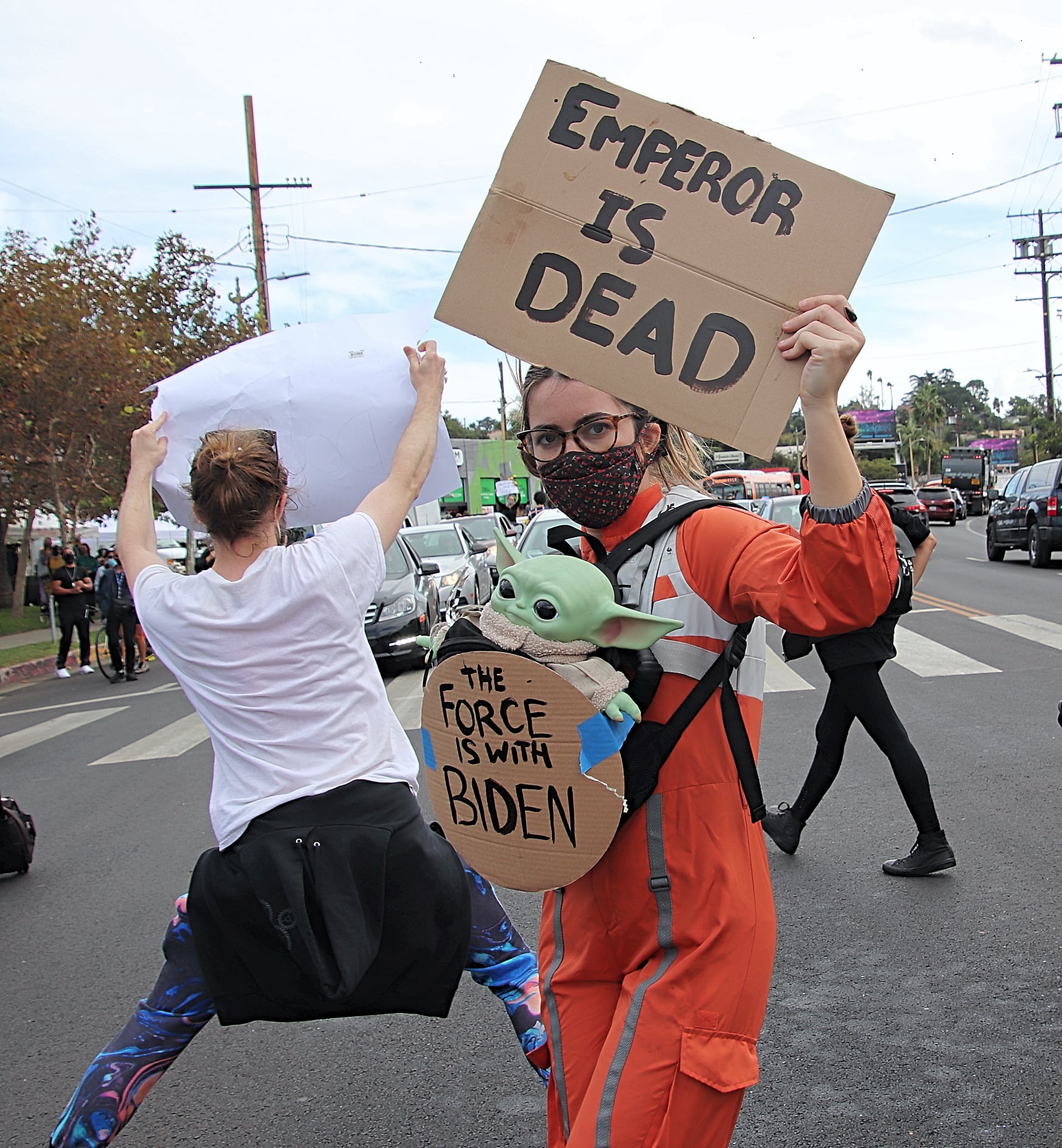 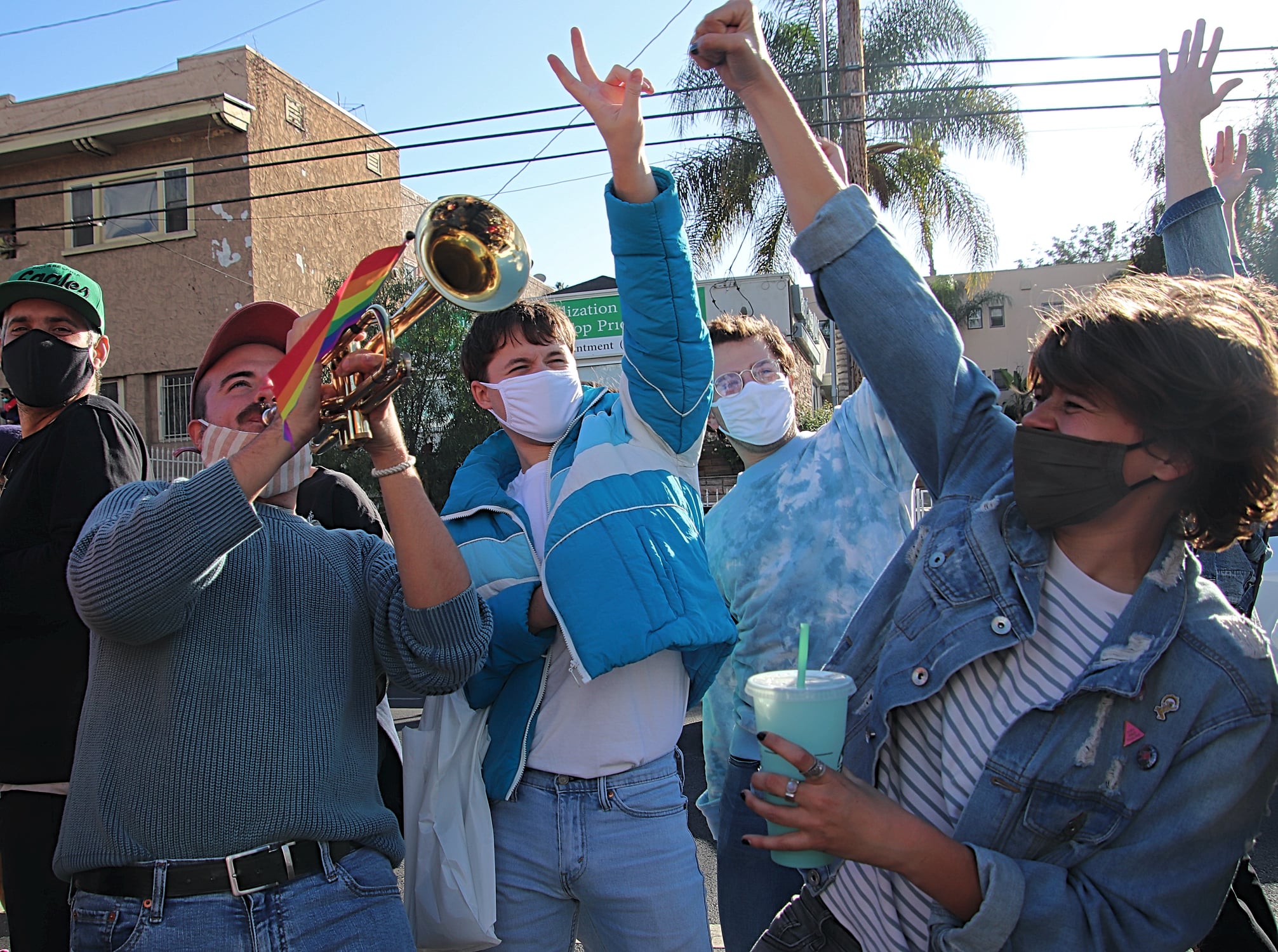 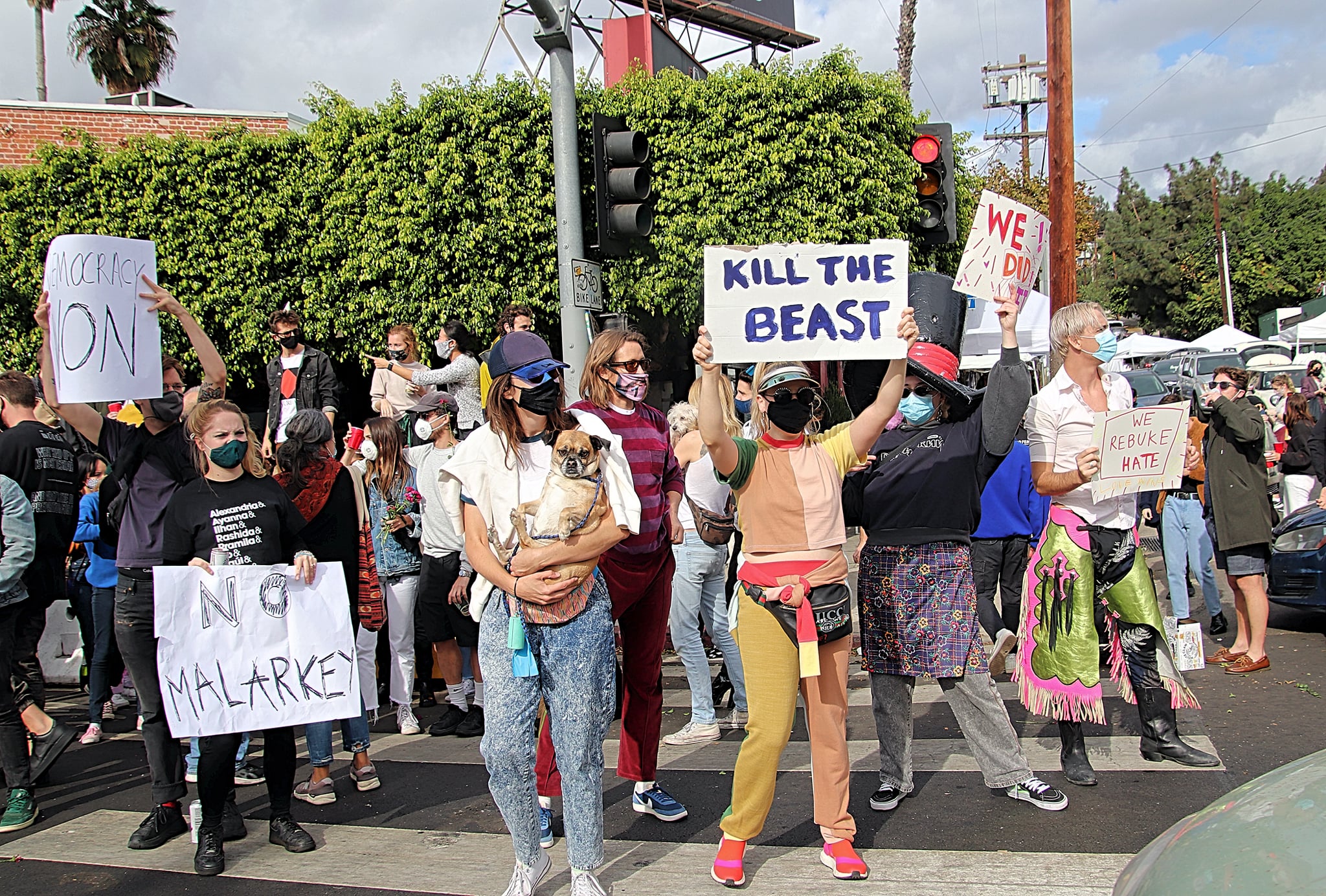 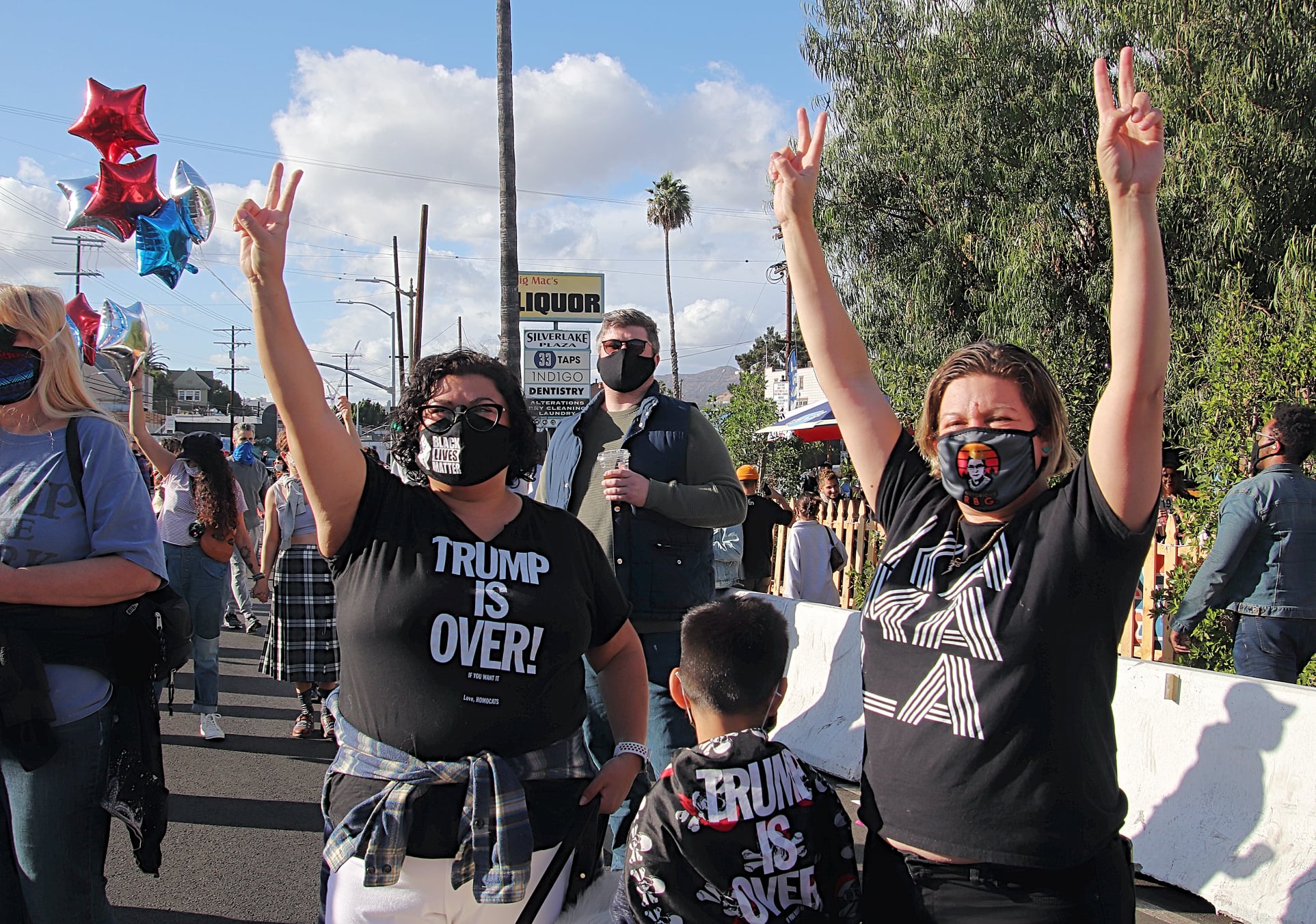 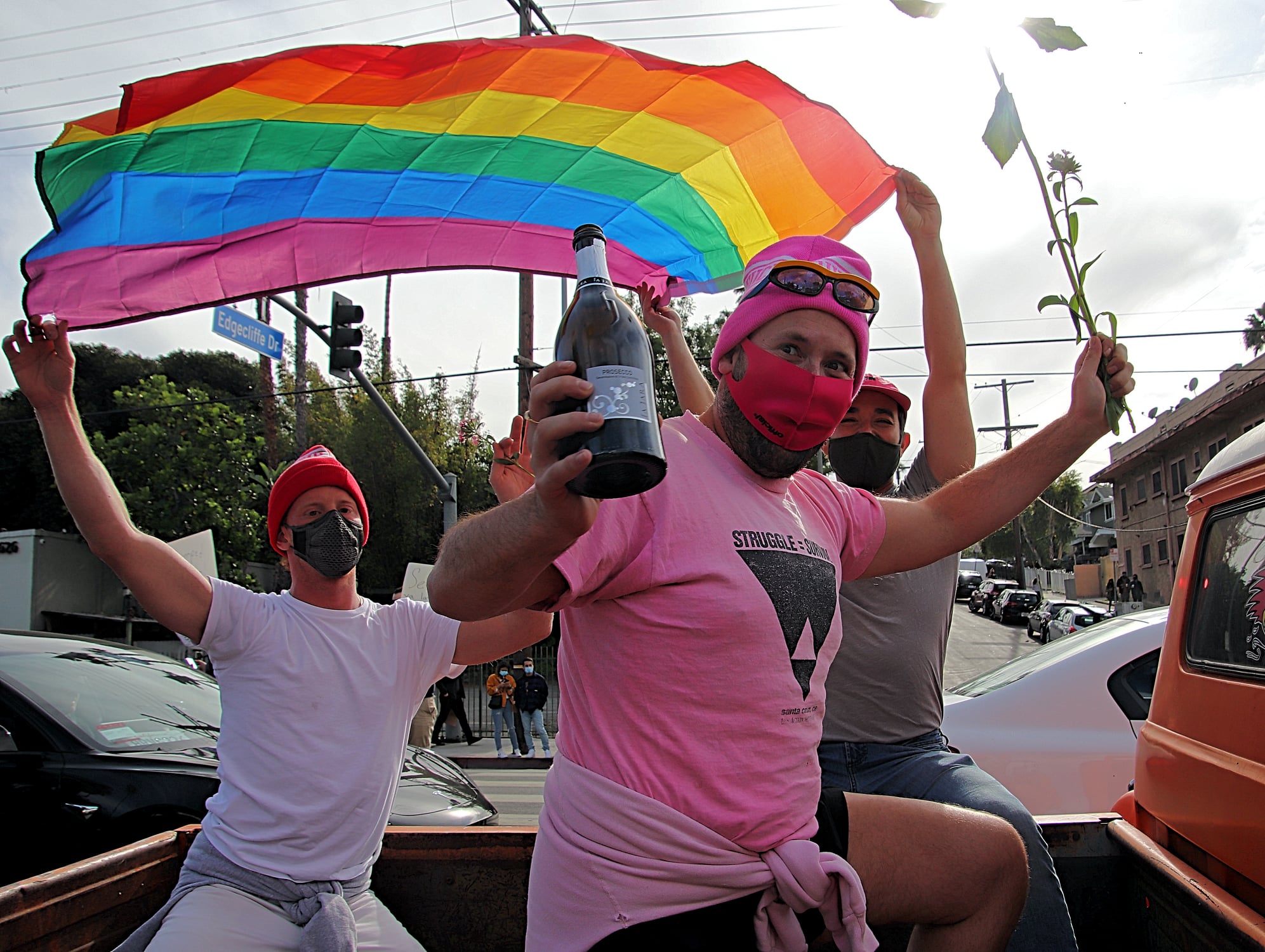 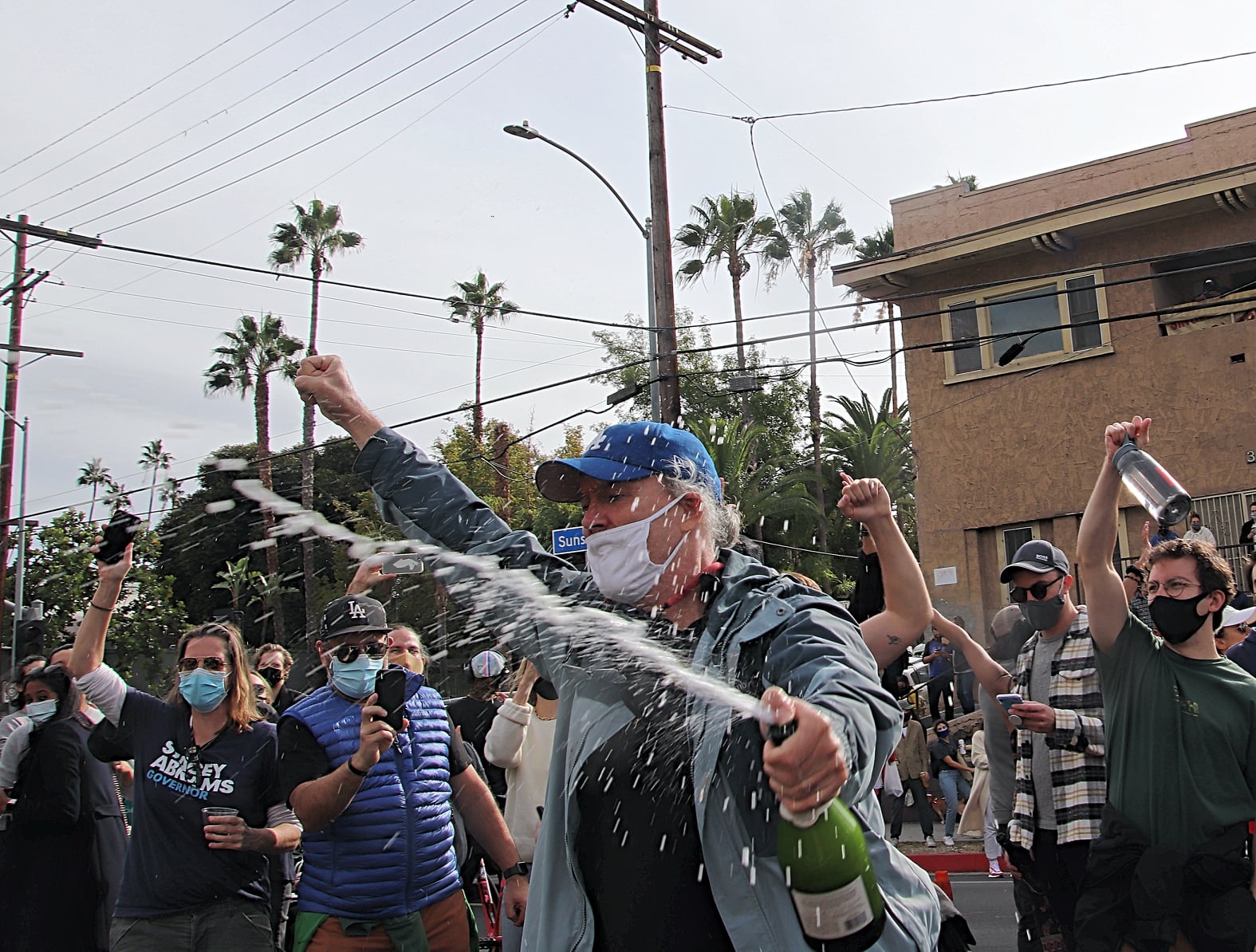 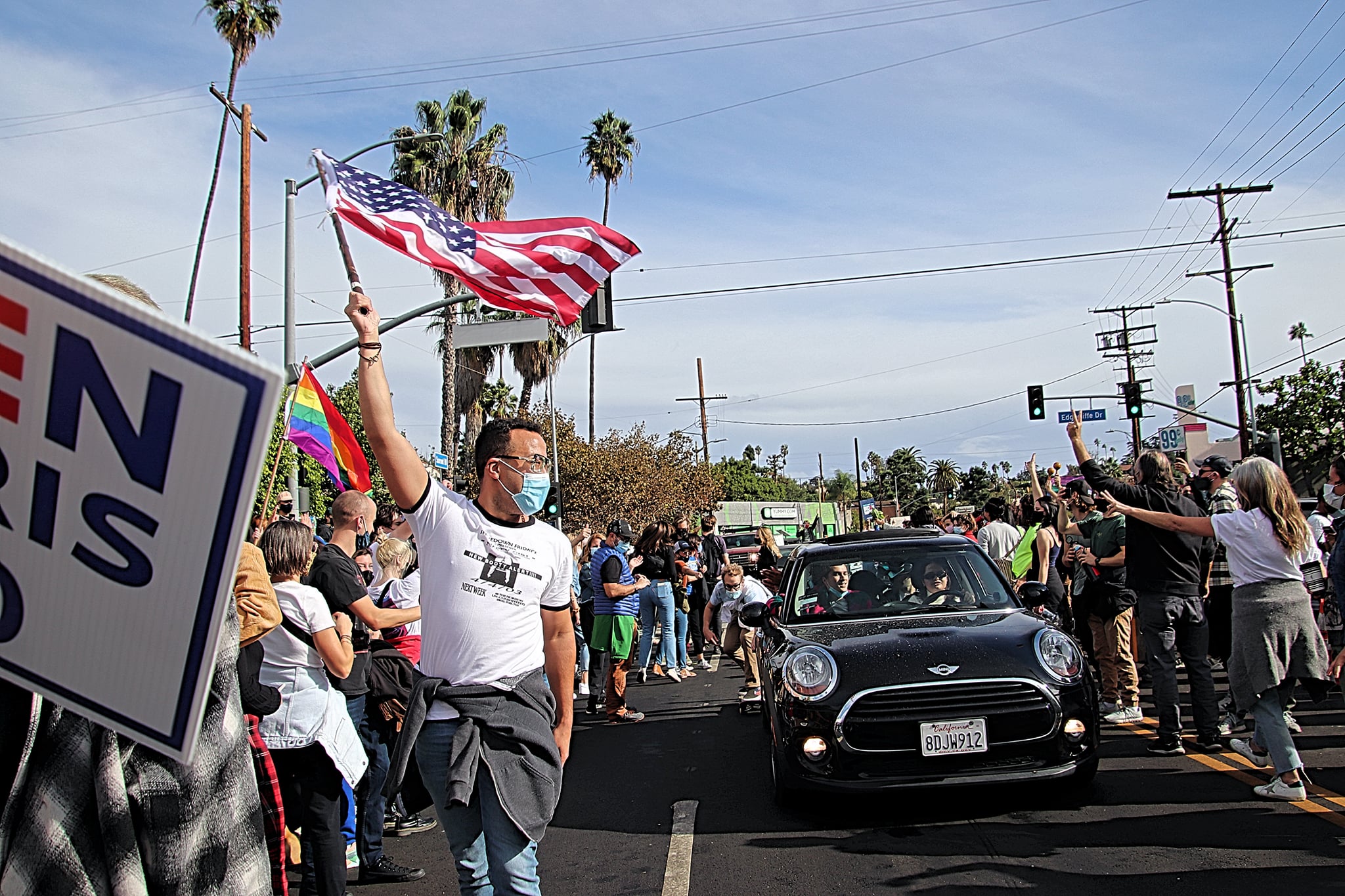 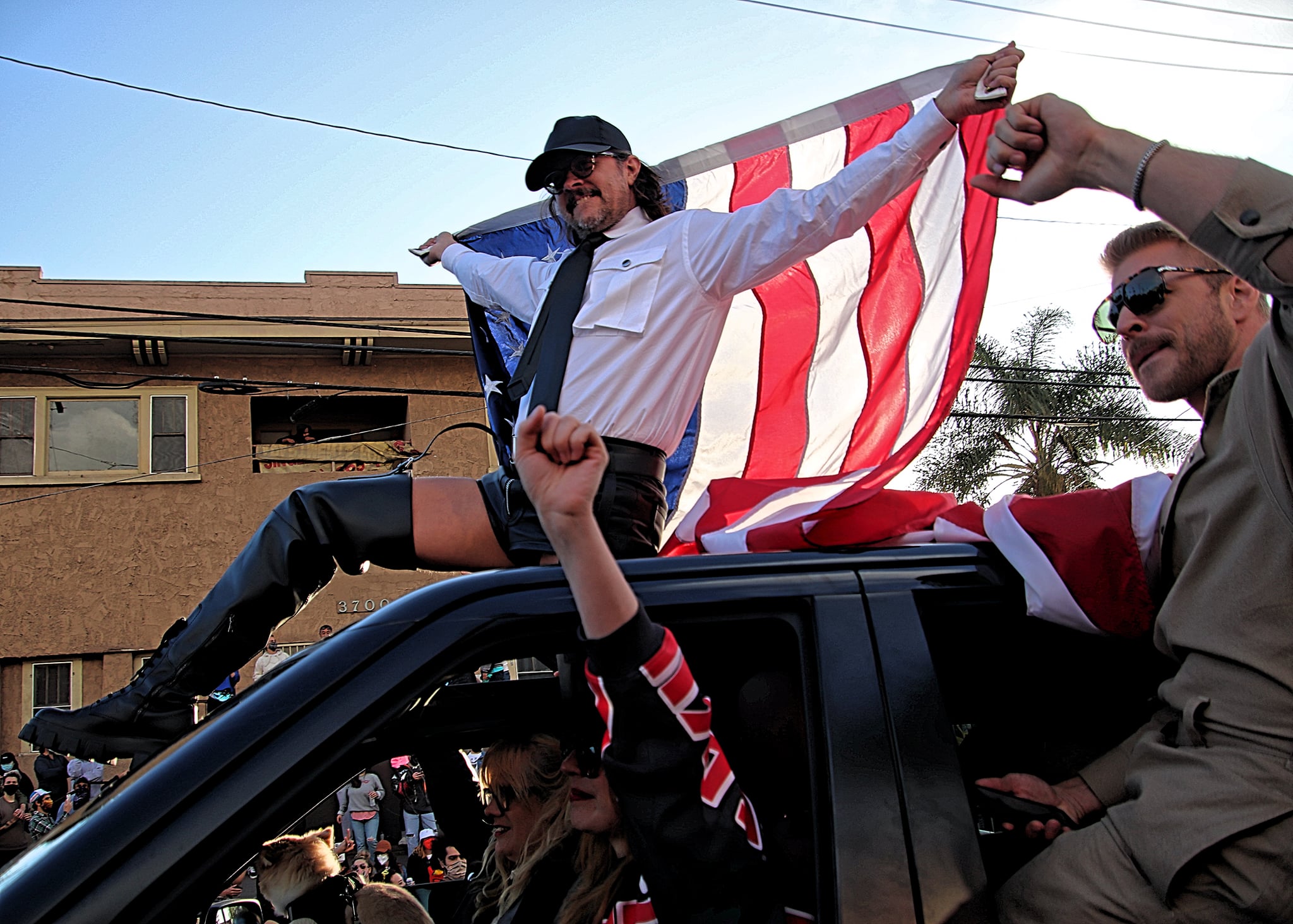 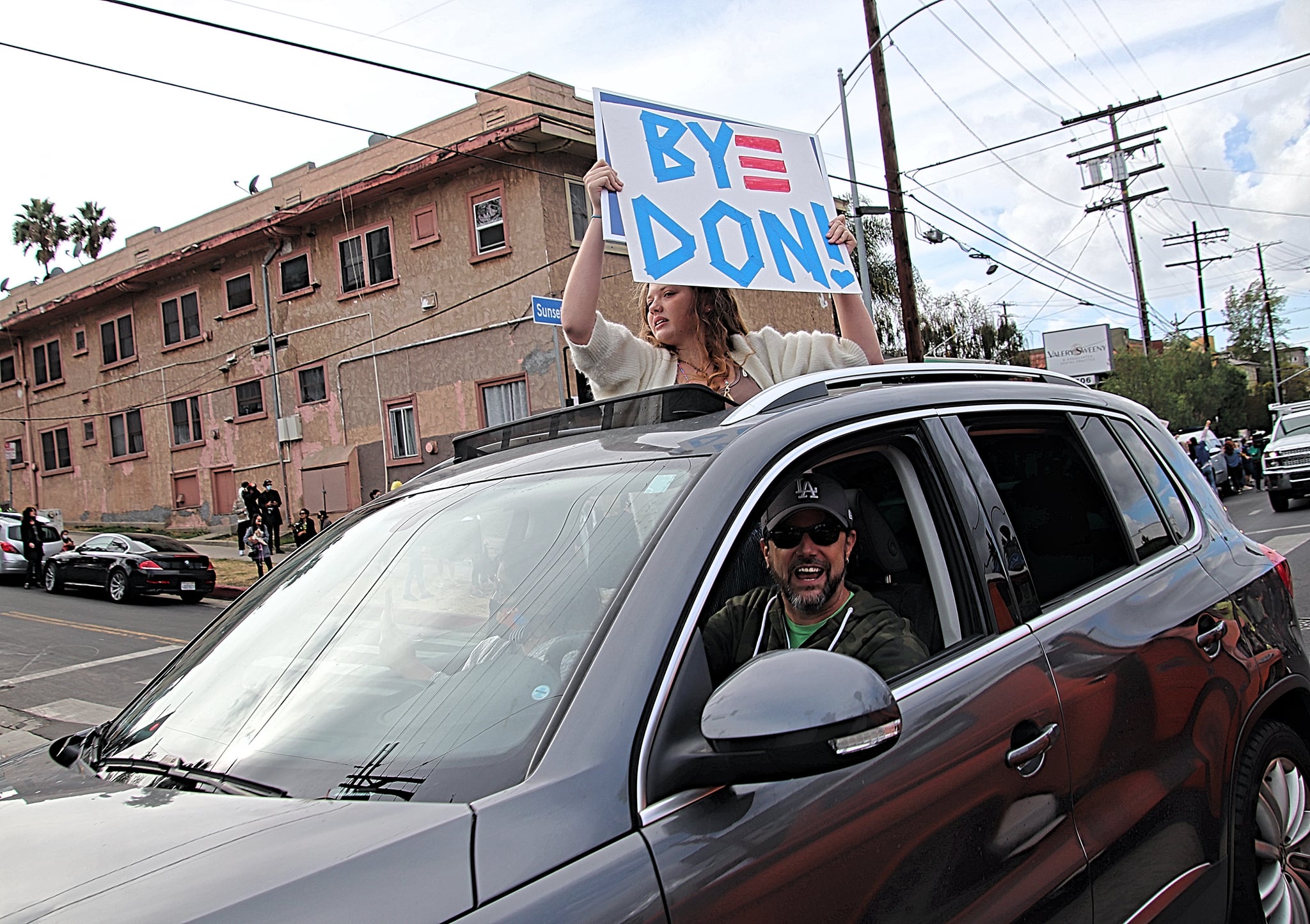 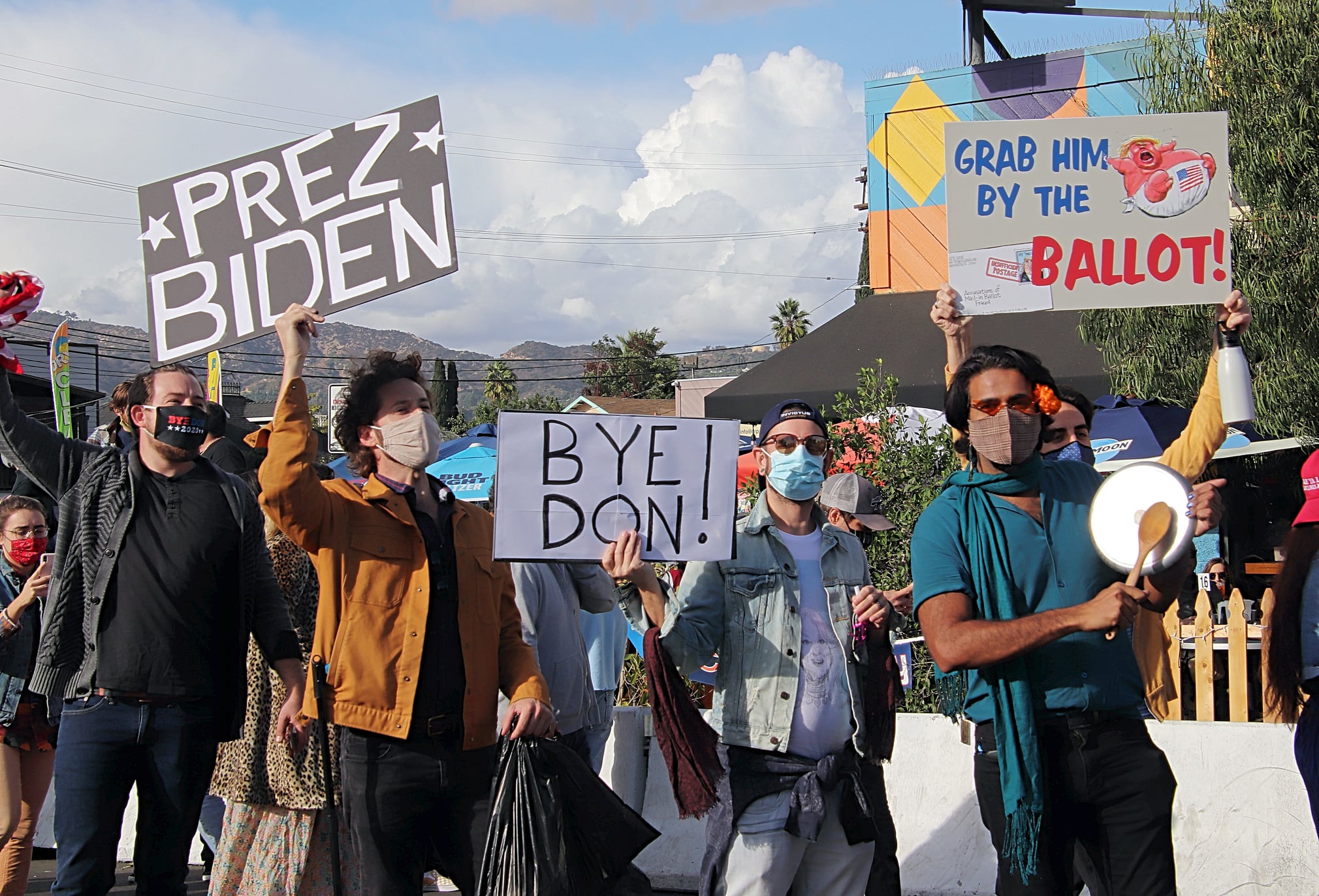 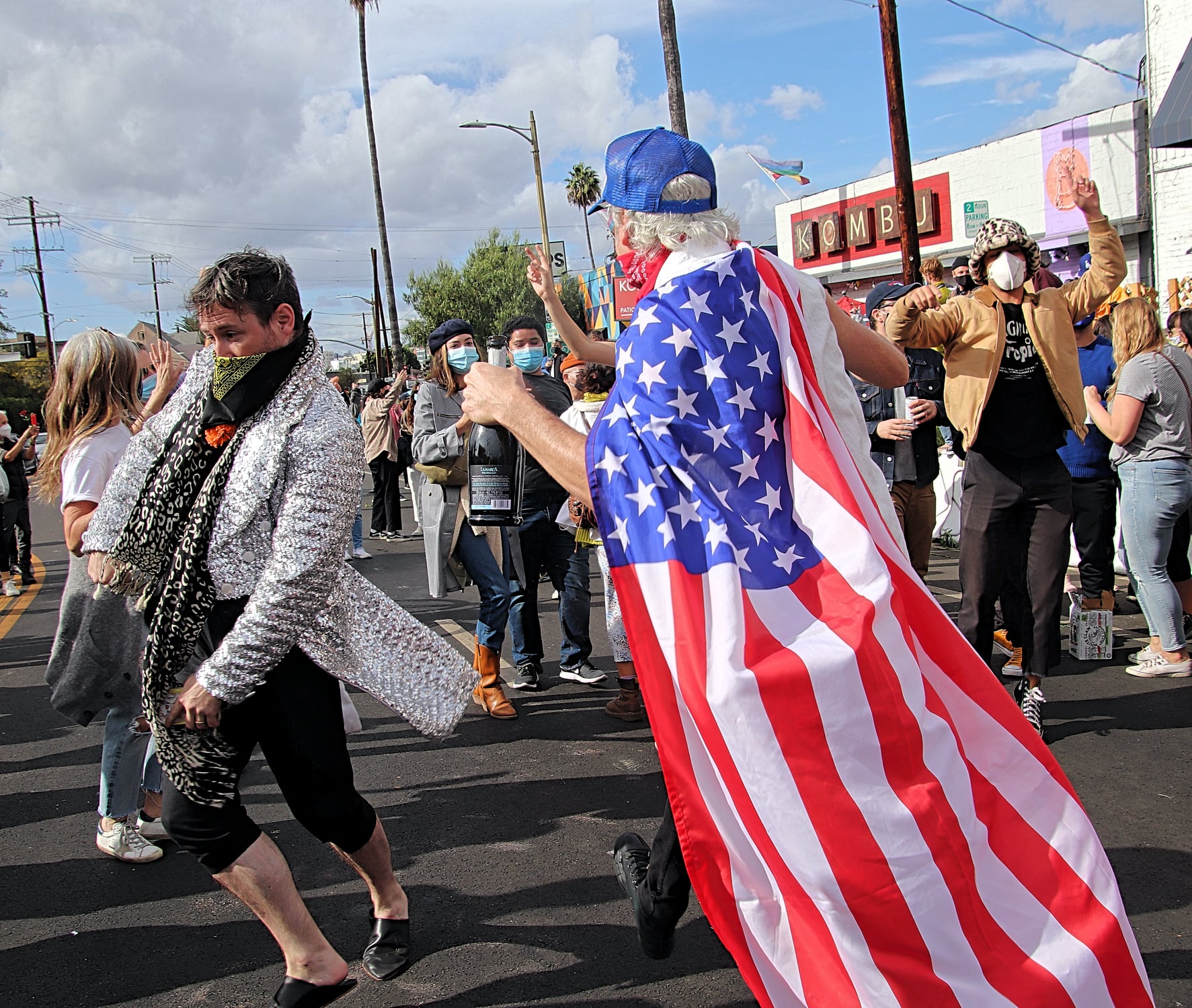 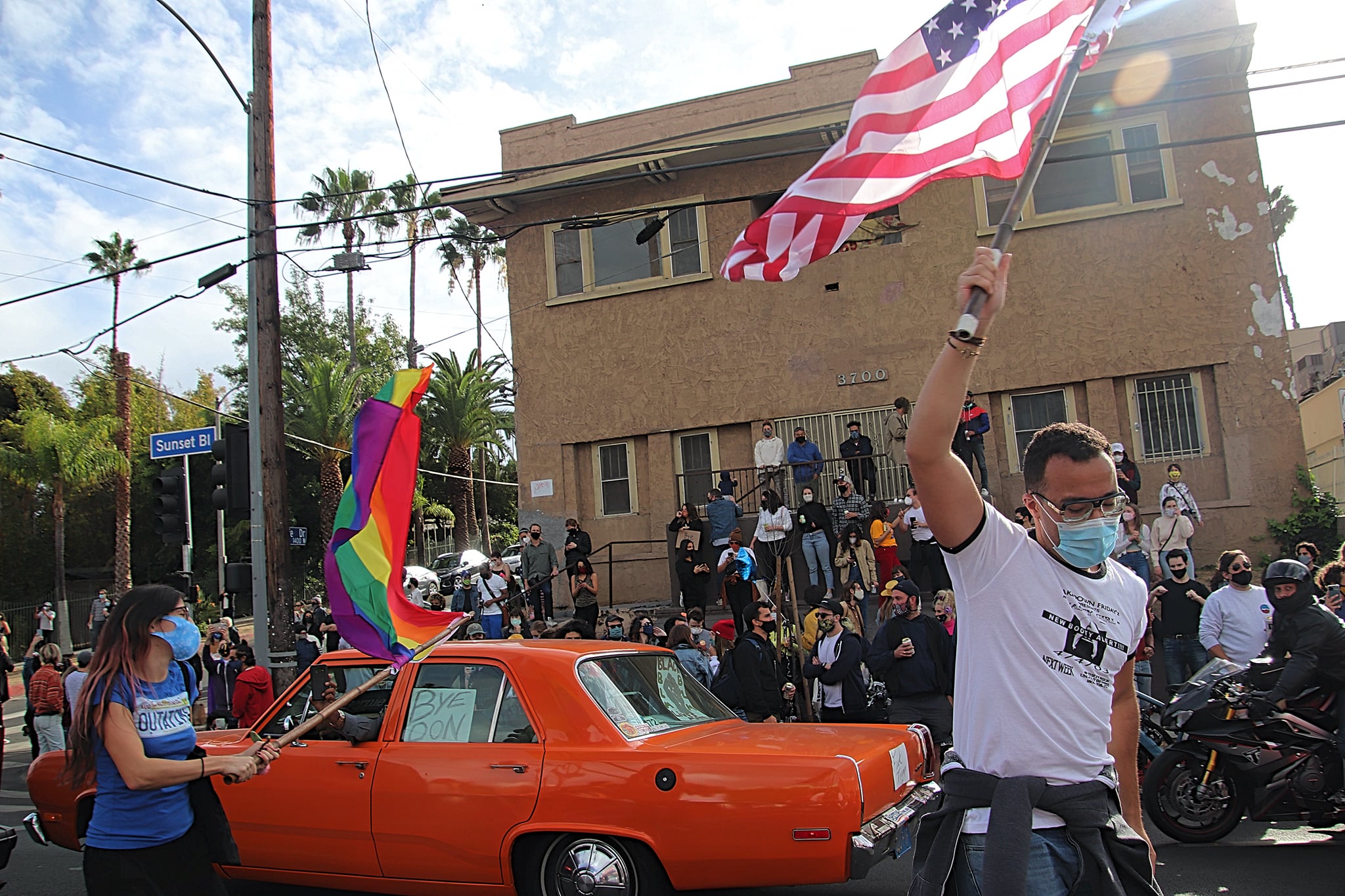 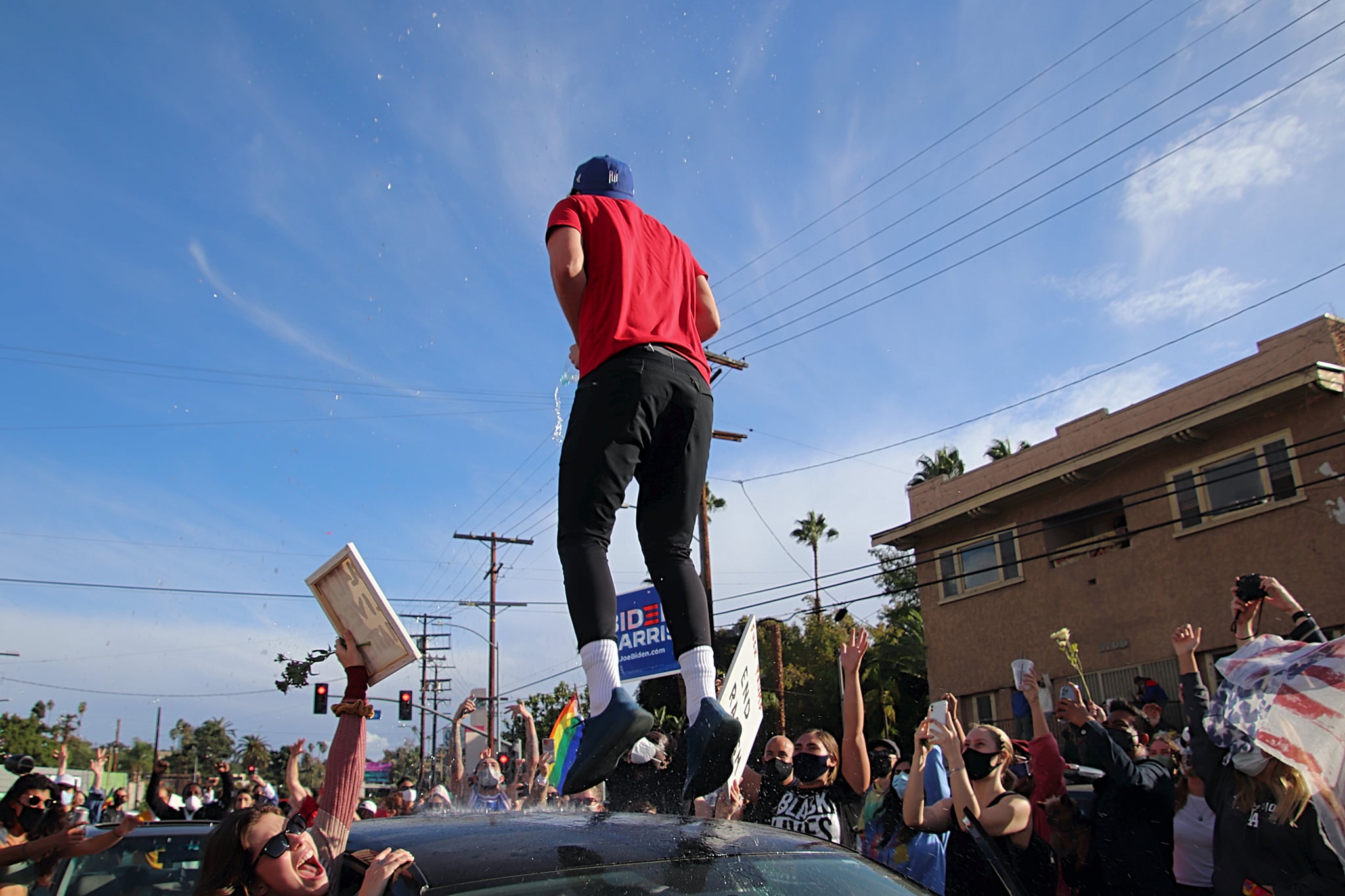 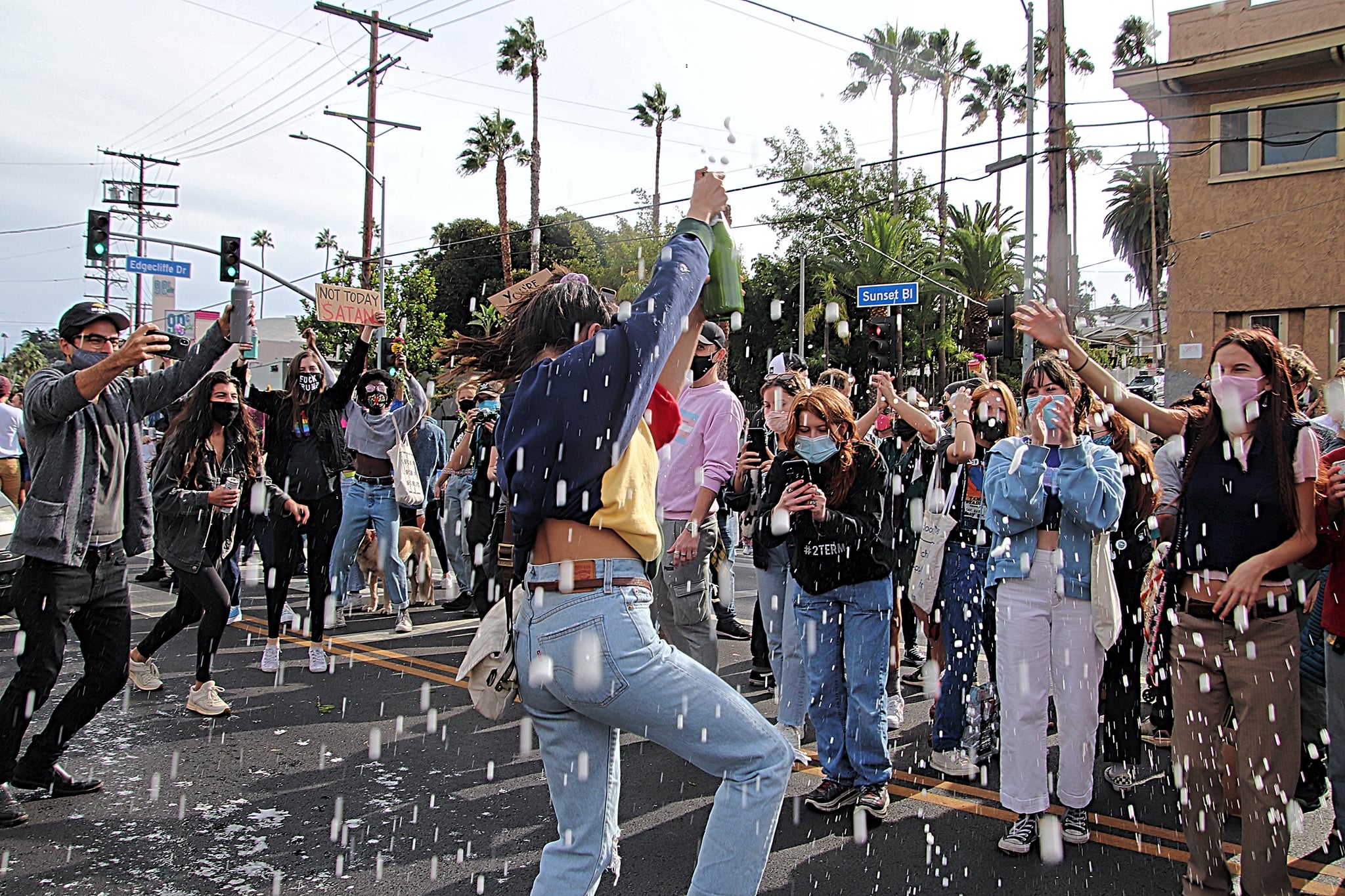 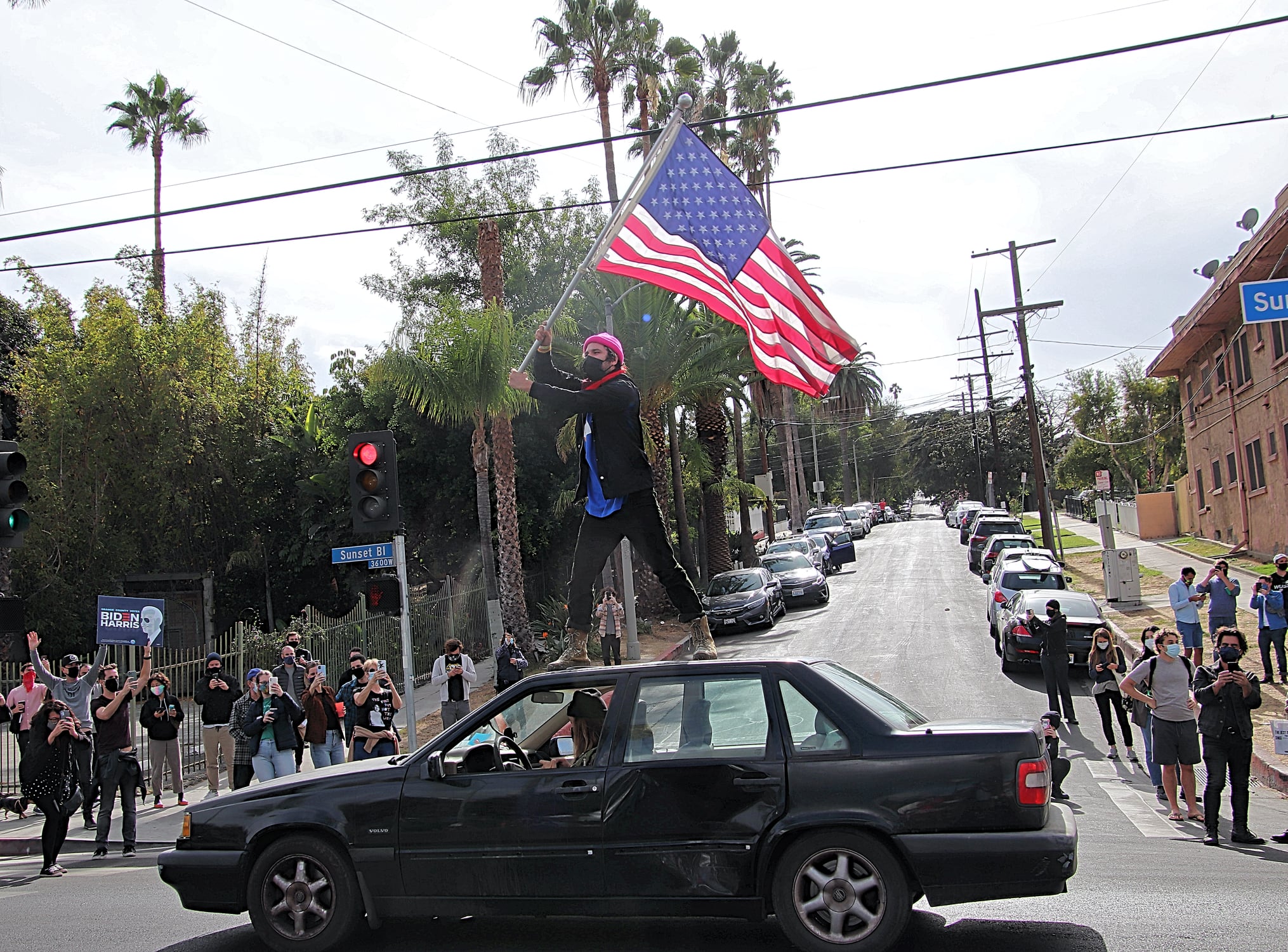 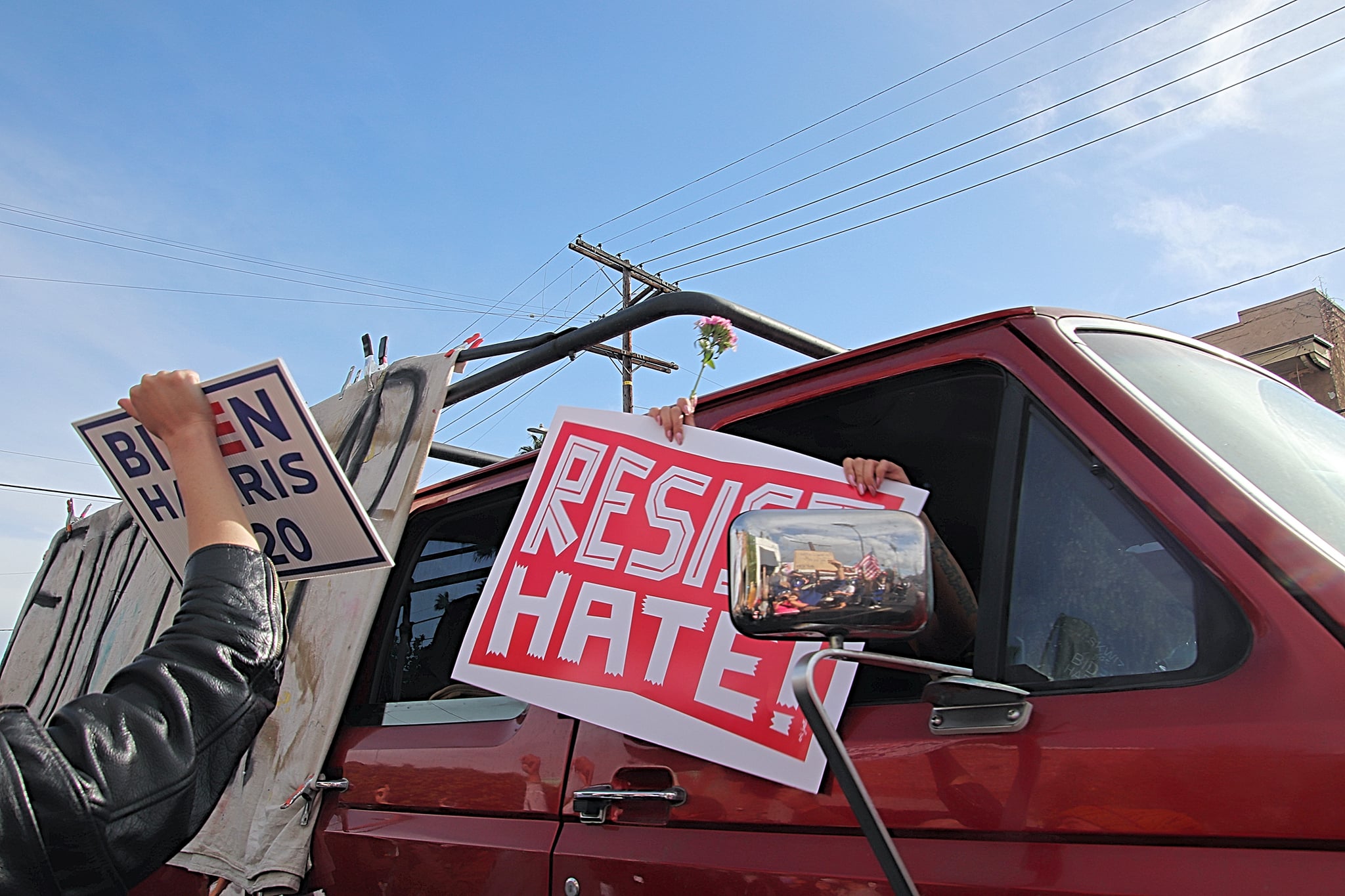 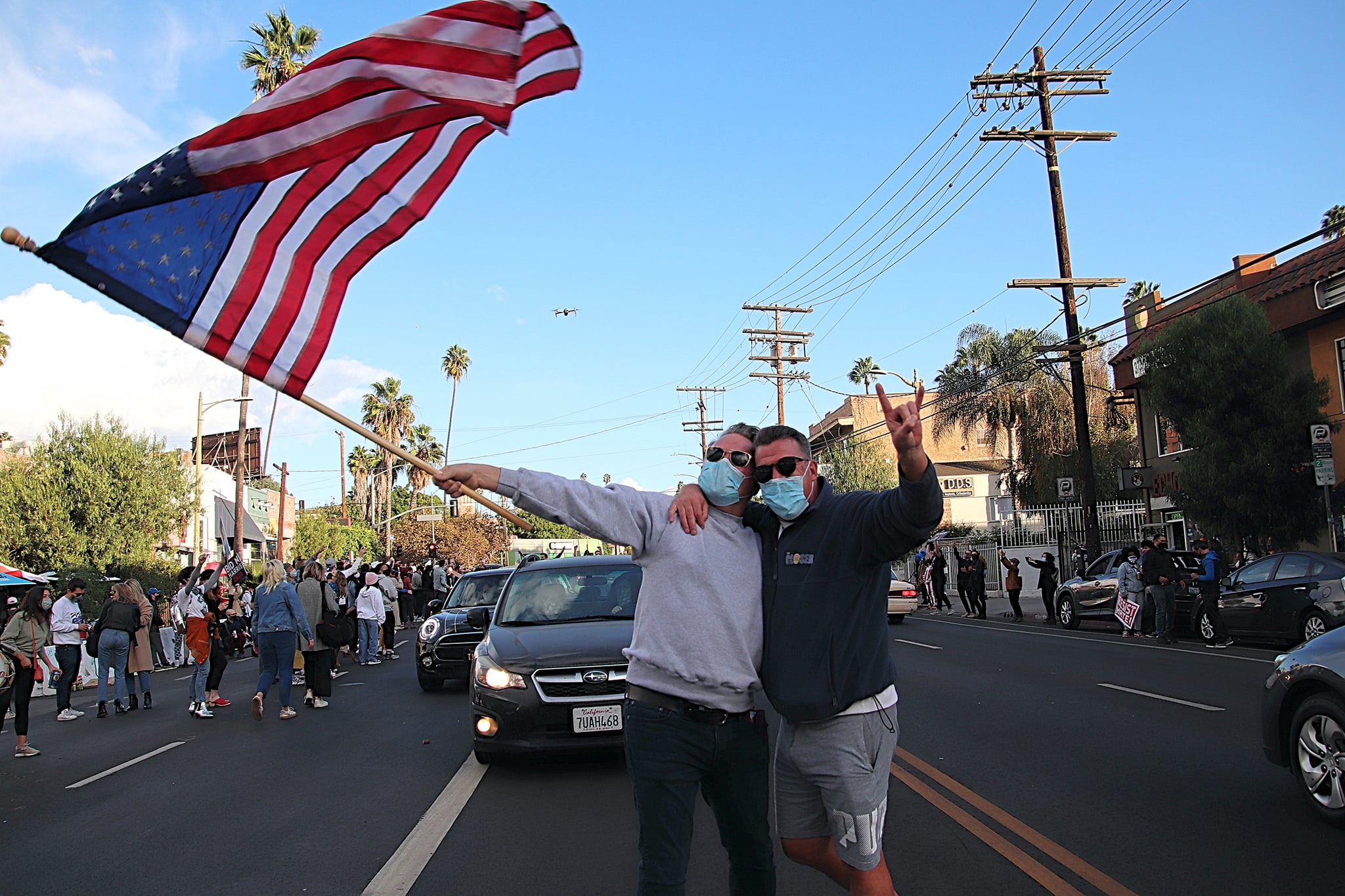 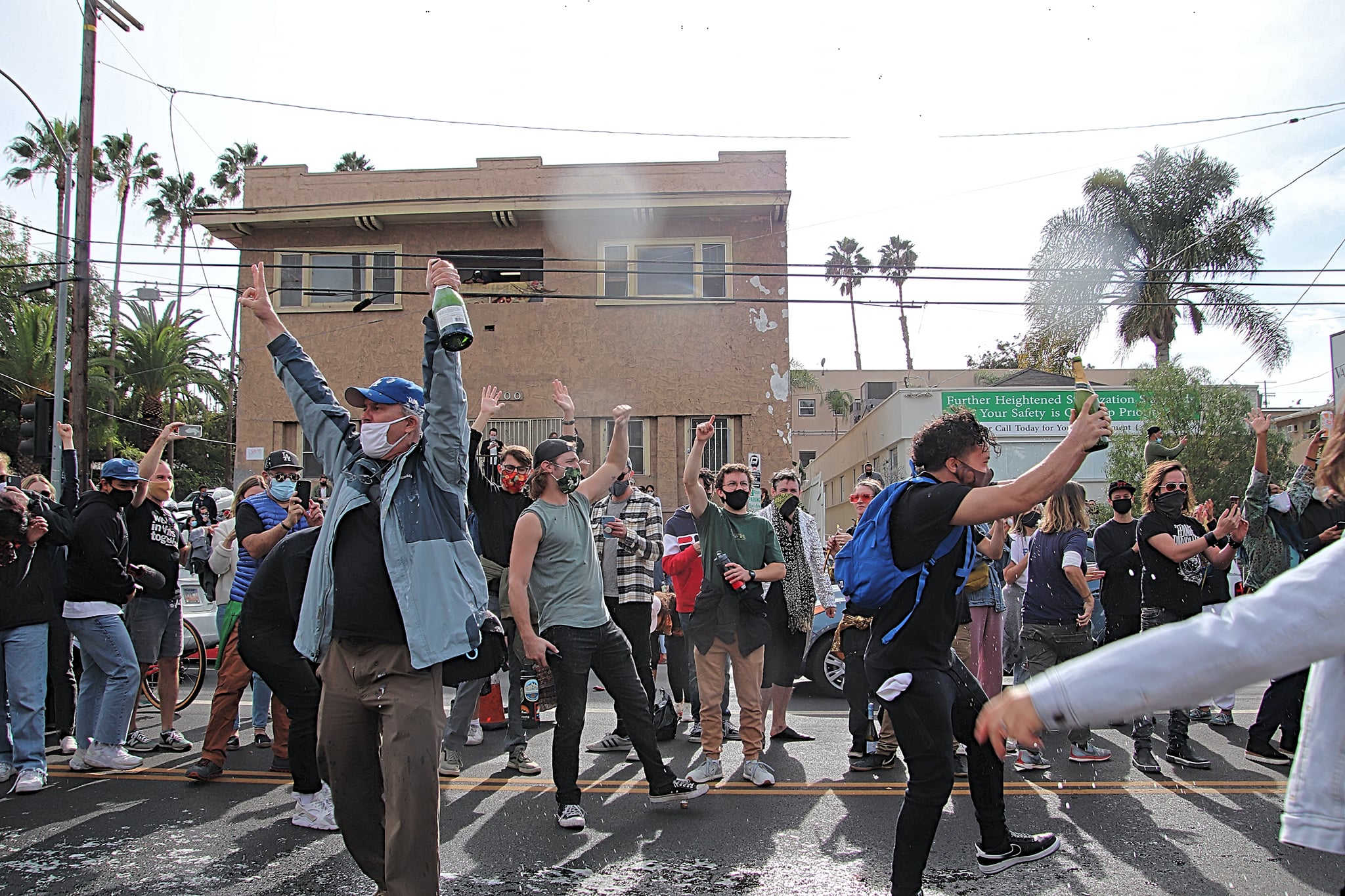 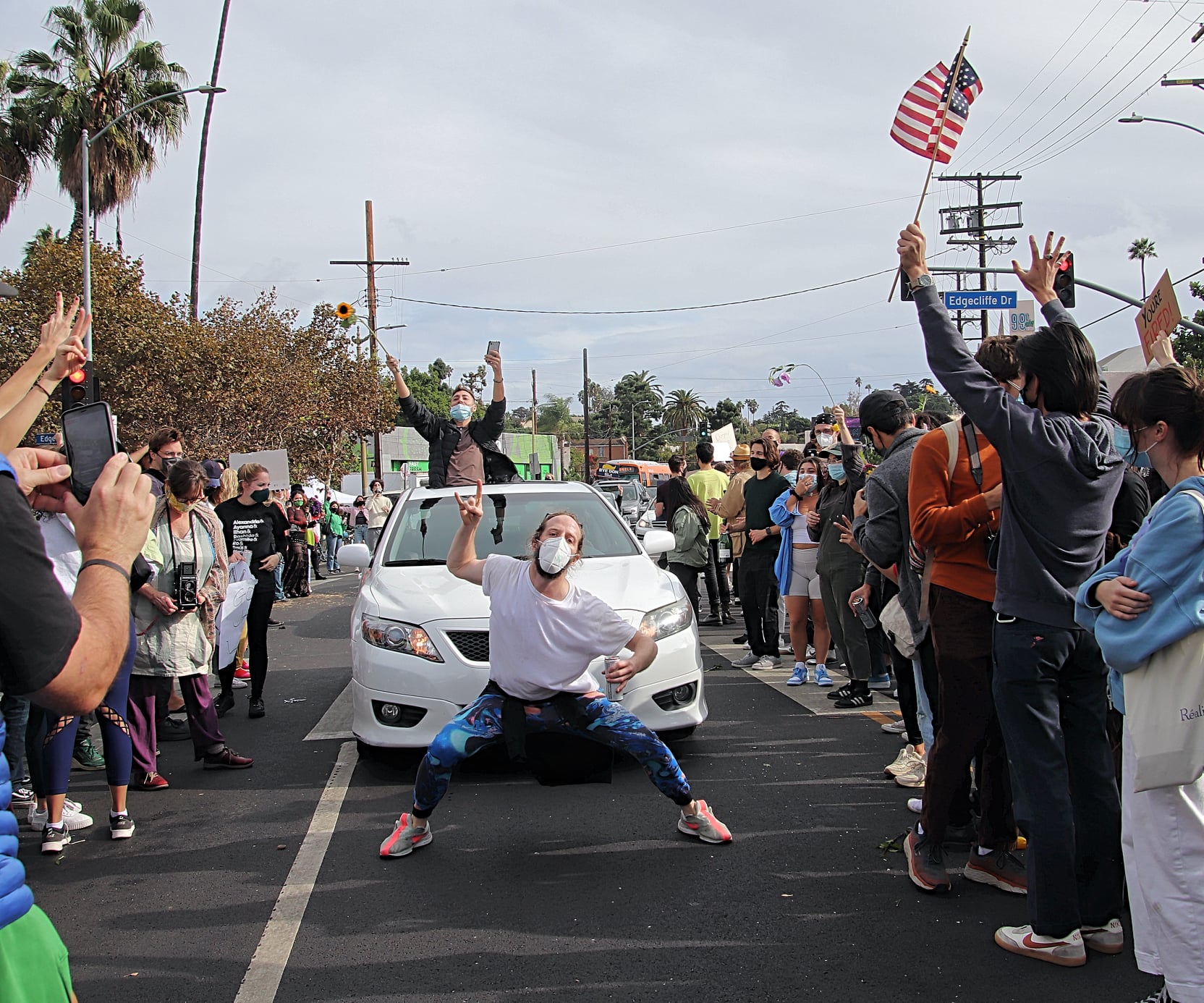 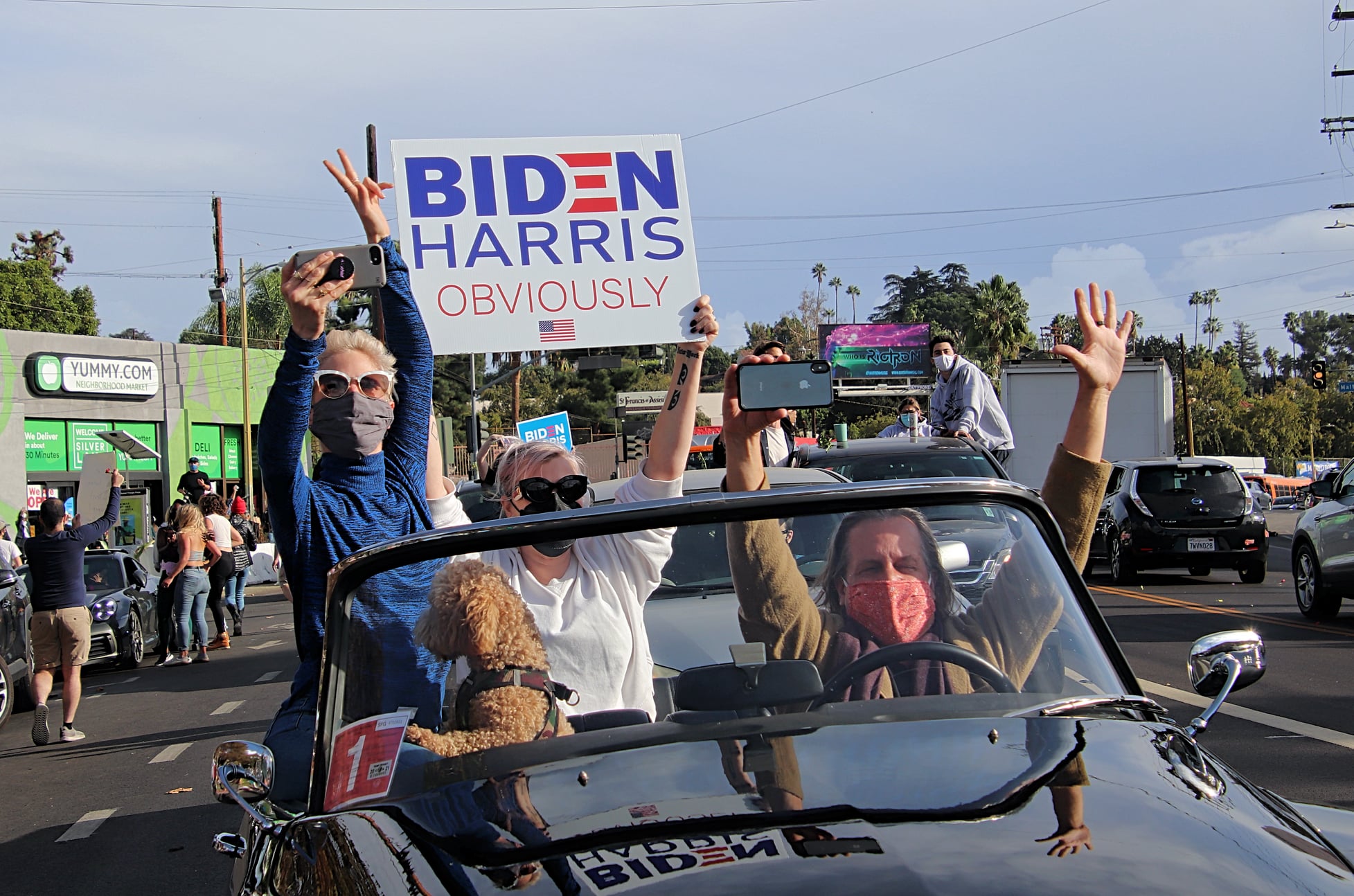 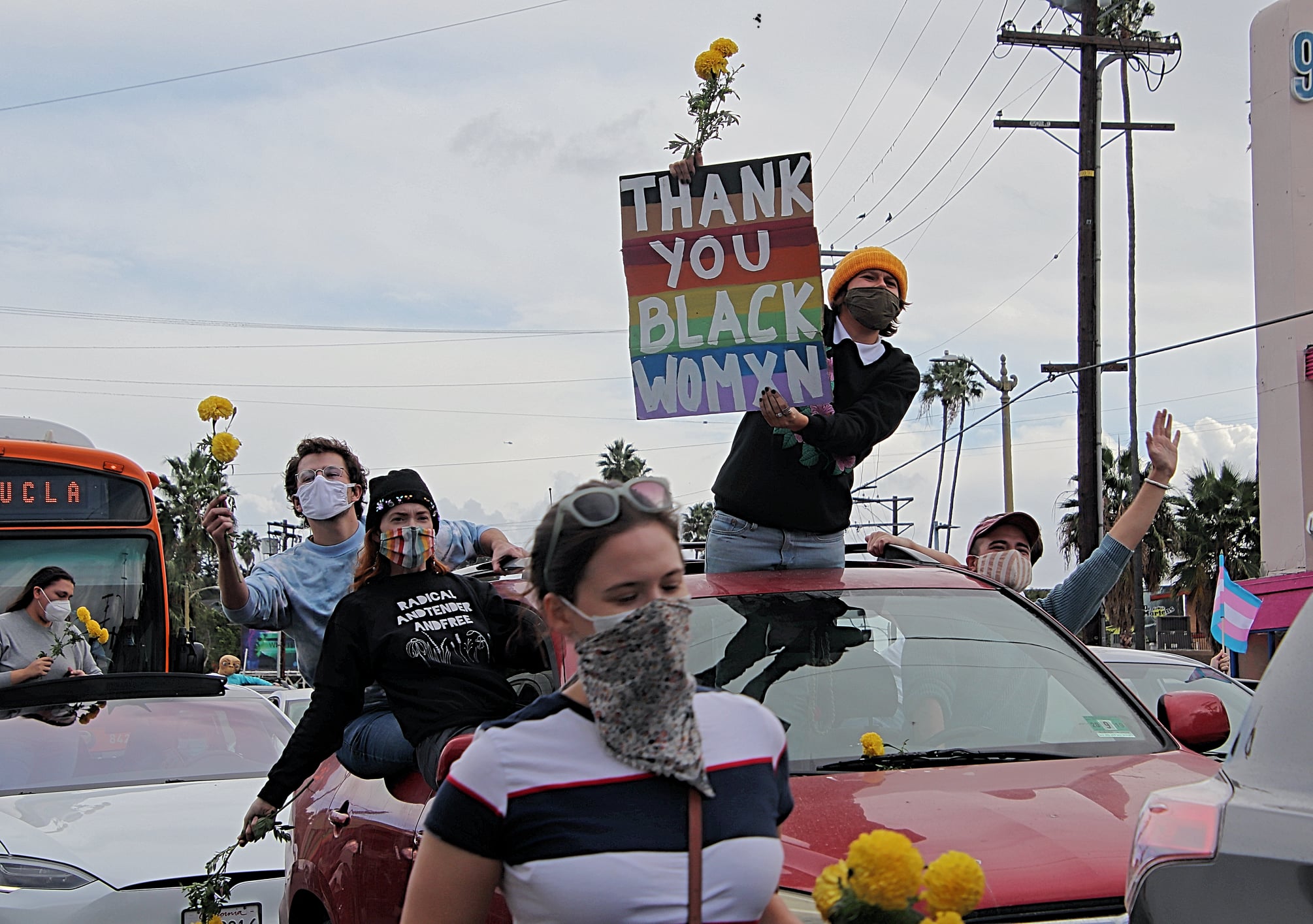 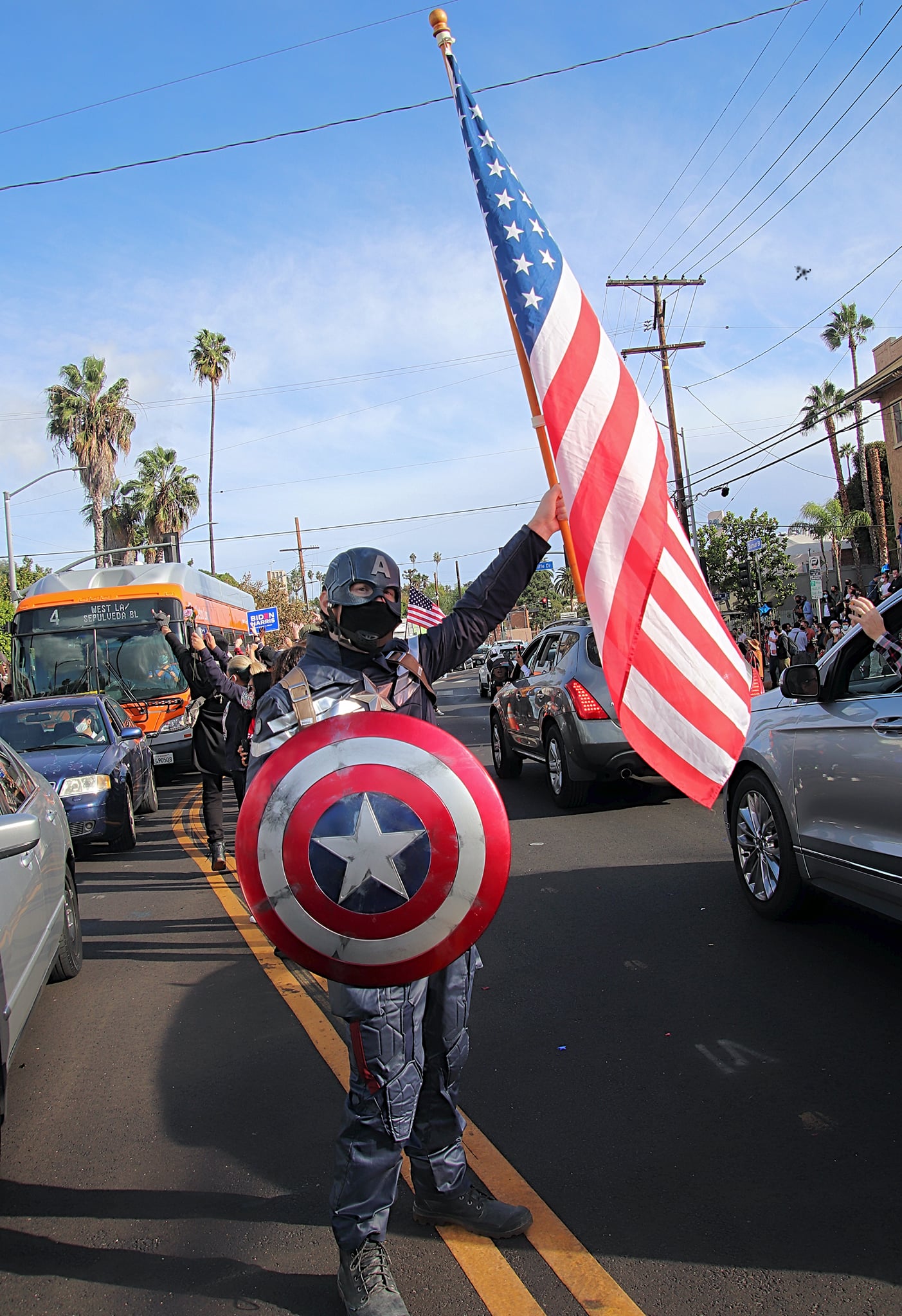 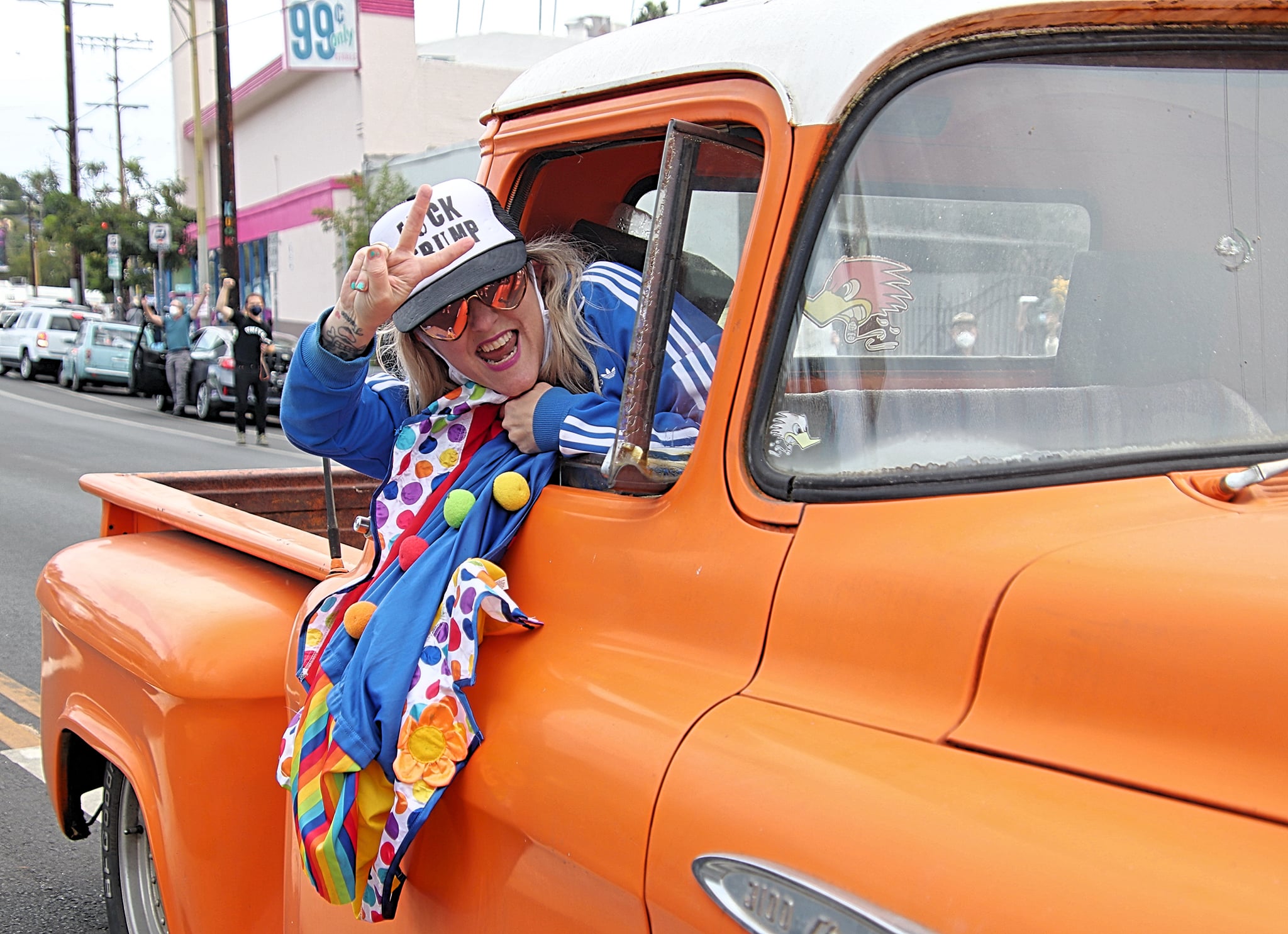