Shane Blanchard, Bane’s World Frontman, In The Middle Of A Sexual Scandal 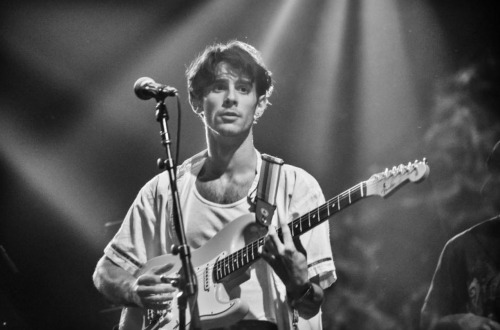 Long Beach’s indie band, Bane’s World is in the middle of a scandal that could shake up the indie scene. I have never heard of the band before but they seem to be very popular among teenagers. Their frontman Shane Blanchard was even declared Long Beach’s rising star while SXSW was courting the band last year. Bane’s World opened for the very popular Mac DeMarco a bunch of times (like here 2 years ago or here), they also have the same management, and this may have something to do with the growing popularity of the band, besides their teenage-girl-bait languid ballads. Check out their song You Say I’m In Love and do not forget to read the comments…. but this was a year ago.

A few days ago, an avalanche of accusations has landed on Shane Blanchard, the charismatic (if you are a 15-year-old girl of course) 23-year-old frontman of Bane’s World. You can find some of them below, all posted on Twitter, but there are also plenty of discussions on Instagram and Reddit. This is just a small sample of the posts, all filled with serious accusations of rape and sexual acts with minors. The stories look more or less the same, a popular frontman taking advantage of young careless girls,… who were getting too close for comfort,… after eventually getting drunk,… after sending nude pics (under his pressure)… and finally getting sexually abused. All of them pretend to have been underage at the time, and this is a very consistent point in all the stories. Other bands may have been complicit, although I would not pretend to know about the details.

Accusations like these happen all the time, Justin Bieber just got accused of rape by several young women, but in Shane’s case, it’s close to a tsunami, there are many of them and the fact that he has disappeared from social media (he has deleted his Twitter, and his Instagram accounts) does not look too good. An Instagram page named Spewzine, which has received hundreds of messages from young girls accusing Shane of sexual misconduct, is now taking everything down because threatened with legal action.

Stories like these are intertwined with the history rock ‘n’ roll, but, if it was probably easy to get away with ‘murder’ before the age of social media, we live in different times.

‘I’m so sad ab Shane Blanchard rn .. why does everyone have to be problematic?’ wrote a fan, summing up the situation.

‘This seriously hurts I won’t follow him or buy anything but I must keep his songs in my playlist because his music helped me when I was suicidal in the 8th grade. I will ALWAYS believe the victim but his music really meant a lot to me,’ wrote another one.

Aren’t we always getting back to this? Of course, because it is very hard to separate the art from the artist, especially in this case, when the artist is still very close to his adoring crowd. It will be interesting to see if Shane Blanchard and his band are canceled.

For those who don’t know, Shane Blanchard of Banes World has been accused of being predatory towards minors. This behavior has gone on for years. When members of @innrwv were notified, they brushed it off. There have been many accusations towards several members of that community https://t.co/caWb9zQOXw

if yall dont know who shane blanchard is by the name , hes banes world ok https://t.co/jIerOuzKZA

@tylerthecreator have you checked out that Shane Blanchard of Banesworld has taste for underage women? He played at your Observatory Park show December 2017. I saw you at his concert. use ur platform for these girls. pic.twitter.com/R3tW3mxn6k