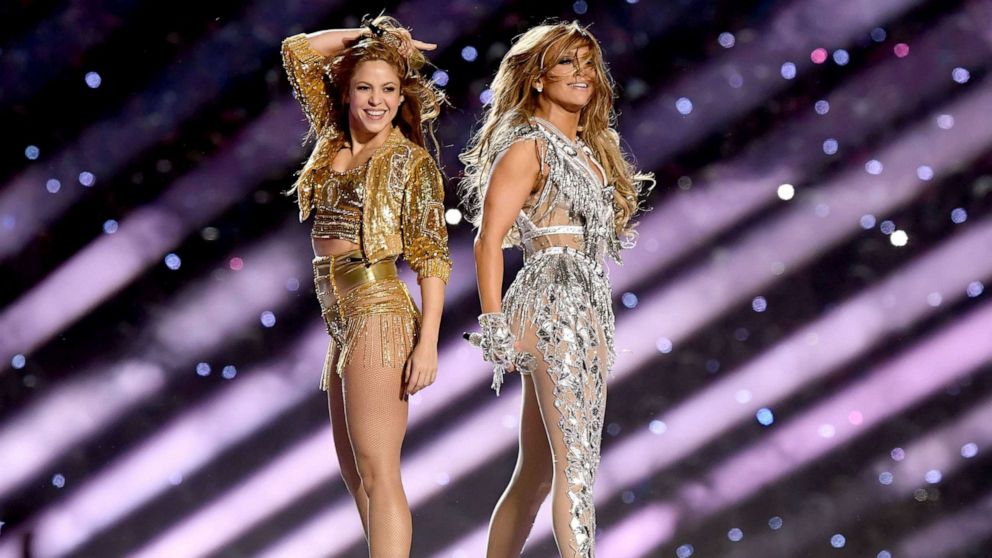 Shakira, really? I never thought she was material for Super Bowl halftime show, while she is definitively an A-list in the Latino world. As for Jennifer Lopez, she hasn’t had a hit for a long while, but she was touring last year and she currently has a movie out, ‘Hustlers’, and this was enough to buy her the number 1 spot at the biggest televised musical performance of the year. According to Sportingnews, pairing Shakira with J-Lo was a decision taken by Jay-Z, whose company Roc Nation has entered a controversial partnership with the NFL last year. Shakira is a Roc Nation client, and Lopez is not, but it made complete sense to book them together for a Superbowl taking place in Miami. It was the first time the show was headlined by 2 Latina women and in these times of rampant xenophobia and anti-immigrant politics, this had to be an excellent thing.

By definition, halftime shows are over the top, they are ostentatious dance parties with fireworks and the apotheosis of live performances. At this level, the two performers didn’t disappoint, it was a series of tough gymnastic numbers and a cardio competition between the two stars. J-Lo (50) wanted to top Shakira (43) while both of them were wearing sparkling and revealing outfits. Their numbers often looked like an audition for a Las Vegas residency, everything was running fast with plenty of high-skilled athletic dancers, everything was a frenzy of shaking hips and butts, and even Shakira’s tongue got into action. Shakira did a bold crowd surfing, J-Lo had a stripper pole number, and all the dances were expectedly sexy and provocative, with a few leather-band-on-a-scrotum cameraworks. This made the righteousness of Twitter, from Trumpists to evangelists, react in unison with a judgmental condemnation of the entire event. See a few examples below and insert a rolling eyes emoji at the thought of their pussy-grabber leader.

If J-Lo made a grand entrance like King Kong at the top of the Empire State Building, she proudly paraded with a fancy feathered double-sided American-Puerto-Rico flag/coat during a snippet of Springsteen’s ‘Born in the USA’, sung by her 11-year-old daughter, Emme. She joined her mother on stage because it was also family time after all. Meanwhile Bad Bunny, from Puerto Rico, and J Balvin, from Colombia, also joined the two women (where was Pitbull?), and yes, you saw children in cages for a few seconds, in case you hadn’t noticed. Was there even a flashing purple and gold cross for Kobe Bryant at one point? Too many subliminal messages for 14 minutes?

As for the music, it’s always secondary during these performances, and we got the usual mega-mix of both stars’ hits. Shakira delivered her Mad Max arena hard rock with some Arabic and African rhythms, while J-Lo was her usual super pop star. We got ‘She Wolf,’ ‘Empire,’ ‘Whenever, Wherever,’ ‘Hips Don’t Lie,’ from Shakira and ‘Jenny from the Block,’ ‘I’m Real,’ ‘Get Right,’ ‘Love Don’t Cost a Thing’ from Lopez – but when they sang ‘Waka Waka’ together, everyone was seeing double.

Most people agree on the fact it was a fantastic high-energy show celebrating the diverse culture of Miami with a message delivered by the two fittest butts of today’s pop music, but if you were offended by this halftime show, the message may have been lost in translation, and it is not the two women’s fault.

I don’t expect the world to act like the church, but our country has had a sense of moral decency on prime time TV in order to protect children. We see that disappearing before our eyes. It was demonstrated in tonight‘s @Pepsi #SuperBowl Halftime Show—w/millions of kids watching.

We wonder why the Super Bowl is a hotbed of sex trafficking… meanwhile we applaud for literal pole dancing during the halftime show.