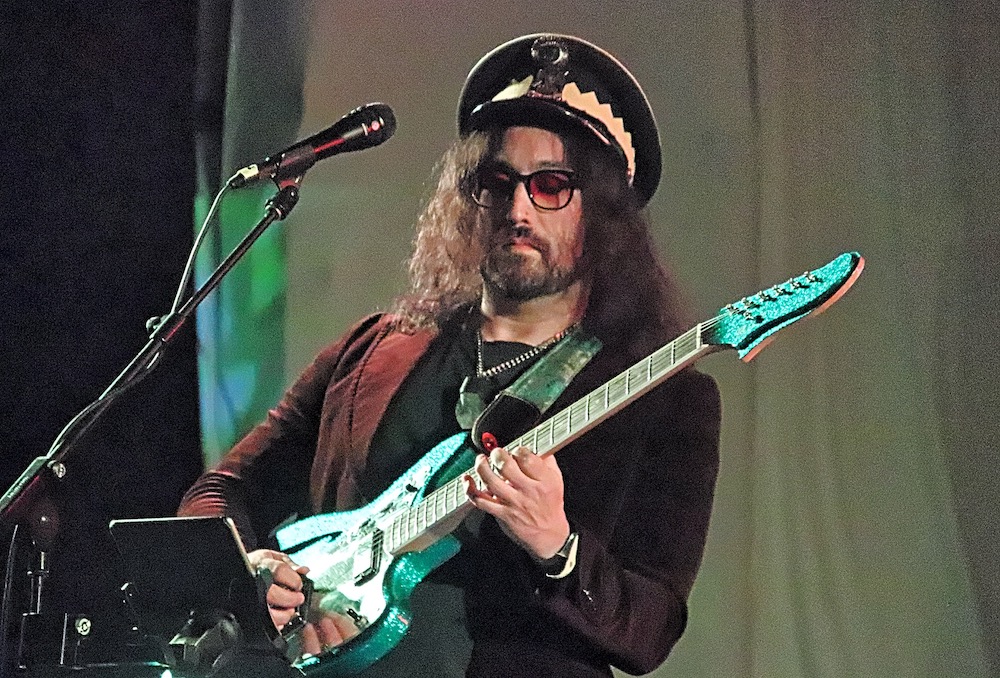 Sean Ono Lennon doesn’t need any introduction, but he is also very active on Twitter and quite affable as I have seen him interact with his +300K followers. He also speaks his mind and yesterday I caught one of his threads criticizing political correctness. ‘I grew up in a time when there was zero political correctness. I literally saw political correctness being invented right in front of me (at certain schools) and then distributed and eventually enforced as a mindset and ideology,’ Sean writes. ‘One might have imagined at the time that the politically correct mindset and resulting implementation and enforcement would lead to a better society in which cultures and peoples were more integrated and more mutually understanding,’ he continues. ‘But it is often the case that seemingly obvious solutions fail and even make matters worse.’

Sean Lennon basically wrote a mini-essay on Twitter explaining that ‘this kind of morality policing’ has actually been counterproductive as ‘things are arguably getting worse.’ He continued: ‘My DMs have never been more filled with bizarre WWII era bullshit (like chink and jap, or whatever). It’s not working. And to be clear I am not blaming all of the bad things we are seeing in culture today on political correctness. Yes, we inherited a problematic history (yada yada) and I think PC culture has achieved some good and some progress for society. I am simply saying we should check our strategy if we are not getting the results we intended. I don’t know what the solution is, but I suspect that over-sensitizing ppl to arbitrary characteristics like skin colour may be doing more harm than good. I know very well that the idea of being ‘colour blind’ is out of fashion, that MLK’s vision of character over skin colour is considered to be naive. But that vision surely made our society better. I’m not sure the modern vision of ‘race consciousness’ is making things better.’

The thread is even longer than this, and you can read the entire discussion on Sean’s Twitter page – so far it has not disappeared – but you get the main idea with these excerpts.

I was happy to see Sean (who is 45) discuss this subject that basically nobody wants to touch. The proof? He is a public figure, the son of two very famous rock icons, with a career on his own, however, almost no media outlet has mentioned his Twitter thread… except for NME, Page Six, and of course Fox News. Pitchfork, Spin, or Rolling Stone are not going to write about something that doesn’t fit in their one-dimensional ideology and that’s a shame.

The reactions on social media have been rather supportive but also dismissive to aggressive, Sean is taking an obvious risk here, and he is well aware of it as he ends his thread with: ‘I pray this thread does not ignite some kind of meltdown (if it does I’ll just delete because I have no more energy for that kind of thing atm).’ Since the thread is still there, we can conclude it was more positive than negative.

We are in great need of such a discussion, but very few people want to talk about it. Today, a lot of people get offended for far less than this, and anyone who makes an attempt to criticize political correctness risks his/her reputation or career.

To me, it’s certain that this constant labeling of the population, this hyper-consciousness of whatever identity du jour people want to promote for themselves – Sean was talking about races, but the same labeling exists for sexual and gender identities – only reinforces group mentality and tribalism and contributes to the current division of society. ‘Just remember who benefits from the ‘divide and conquer’ paradigm,’ Sean also wrote.

If most people today want to be defined by a series of labels (black/white, gay/straight…she/her, he/him, they/them…), we would greatly benefit from considering our similarities rather than our difference, we would greatly benefit from considering individuals for who they are: unique, with their own ideas. Unfortunately, the excess of the current woke culture and its homogenized thinking is killing the individual and is placing identities above the individual for the worst. I am glad Sean is evoking Martin Luther King, and I am glad I agree with him.

After virtuously appointing itself the moral high ground, will the politically correct/woke culture give it up one day? I am not sure it could happen any time soon, but it’s still refreshing to see Sean Lennon bravely criticizing political correctness and woke culture.