Save Our Stages: Our Independent Venues May Not Survive The Coronavirus Crisis 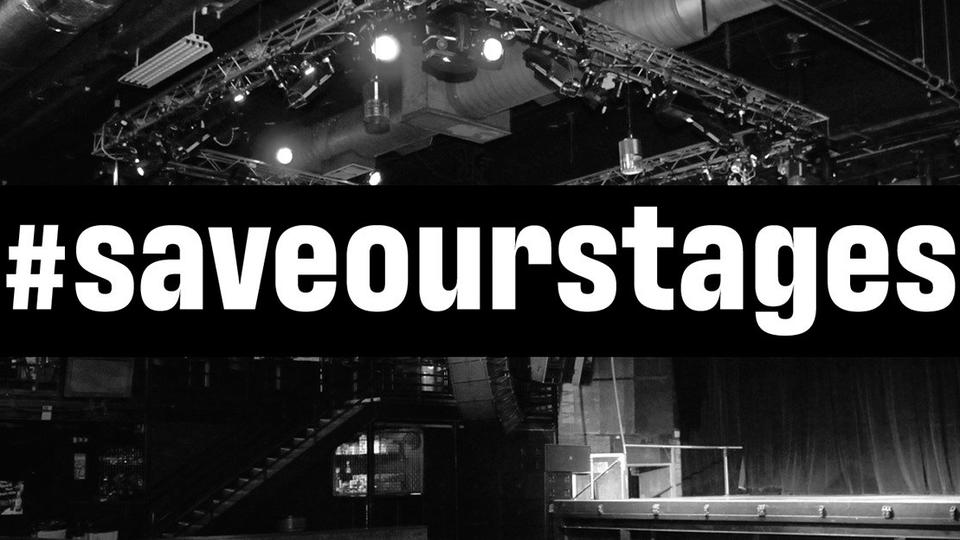 Save Our Stages: the National Independent Venue Association

We have entered our we-have-lost-count week of quarantine and I am well aware that plenty of businesses are suffering. However, I fell into another level of depression when I received all these we-need-your-help emails this morning. It was as if the various independent venues had decided to cry for help at the same time, from Largo at the Coronet to the Satellite, the Teragram Ballroom, the Moroccan Lounge, and the even famous Troubadour. It’s heartbreaking but many of them, to all of them (?), may not survive this crisis. They have been closed for very long now, they have no revenue, their employees are without jobs, and bills keep coming. We have to save our stages!

Take the Hi Hat which started a GoFundMe campaign a few days ago, they had Billy Eilish when she was still an unknown Highland Park young artist… don’t they deserve to survive? I cannot count how many artists I have seen at the Teragram Ballroom, this is the place where Chris Cornell made one of his last appearances with Prophets of Rage, this is the place where Iggy Pop played the first show of his Pop Depression tour. From Queens of the Stone Age to Billie Joe Armstrong, the Dandy Warhols, or Television, the list goes on and on and there’s no way it will stop in 2020.

Largo is another LA legend which has been key in the careers of Eels, Jon Brion, Aimee Mann, Margaret Cho, Flight of the Concords, Eddie Izzard, Russell Brand,.. and I saw Fiona Apple there.

As for the Troubadour, its legacy is incredible and the venue has been a pillar of Los Angeles music scene since the Laurel Canyon days. Elton John, Joni Mitchell, Guns N’ Roses, Tom Waits, Red Hot Chili Peppers, James Taylor, the Eagles, Jackson Browne, and Neil Young are just some of the names who debuted on the Troubadour stage, and there’s probably not a famous name in music who hasn’t played there, from Bob Dylan to Prince. The Troubadour is also in trouble and has also a GoFundMe page, as it seems to be the last extremity for all these venues.

‘It looks tacky,’ said Troubadour manager Christine Karayan to the Los Angeles Times, ‘but it’s a reality at this point. It’s not a joke. If we’re going to survive this thing — and that’s a big if — we’re going to need all the help we can get, from any direction we can get it. … We know there’s going to be a huge fatality rate as far as how many venues will not be able to open again when/if this thing ever ends. We’re just looking to survive, like everybody else.’

The Satellite is in the same boat, whereas plenty of very famous artists have played there, for example, Lady Gaga did a secret show as part of her intimate Bud Light Dive Bar Tour.

At a time when most people don’t have much money, at a time when plenty of people are unemployed, every independent venue is asking for money, and it is completely heartbreaking and dispiriting. Some of them have joined the National Independent Venue Association (NIVA), a group of more than 1,200 independent venues, to urge Congress to help protect the industry with the financial support necessary for the independent venues to survive the shutdown. If you enter your information here, the message will be sent to US senators, it takes just a few seconds to send a message at the National Independent Venue Association and this is probably the least we can do to help.

And I hope that major artists, who had the chance to play these little venues, will consider to help them, what about Elton John for the Troubadour, Billie Eilish for the Hi Hat, and Lady Gaga for the Satellite?

To save our stages, go to https://www.nivassoc.org/take-action