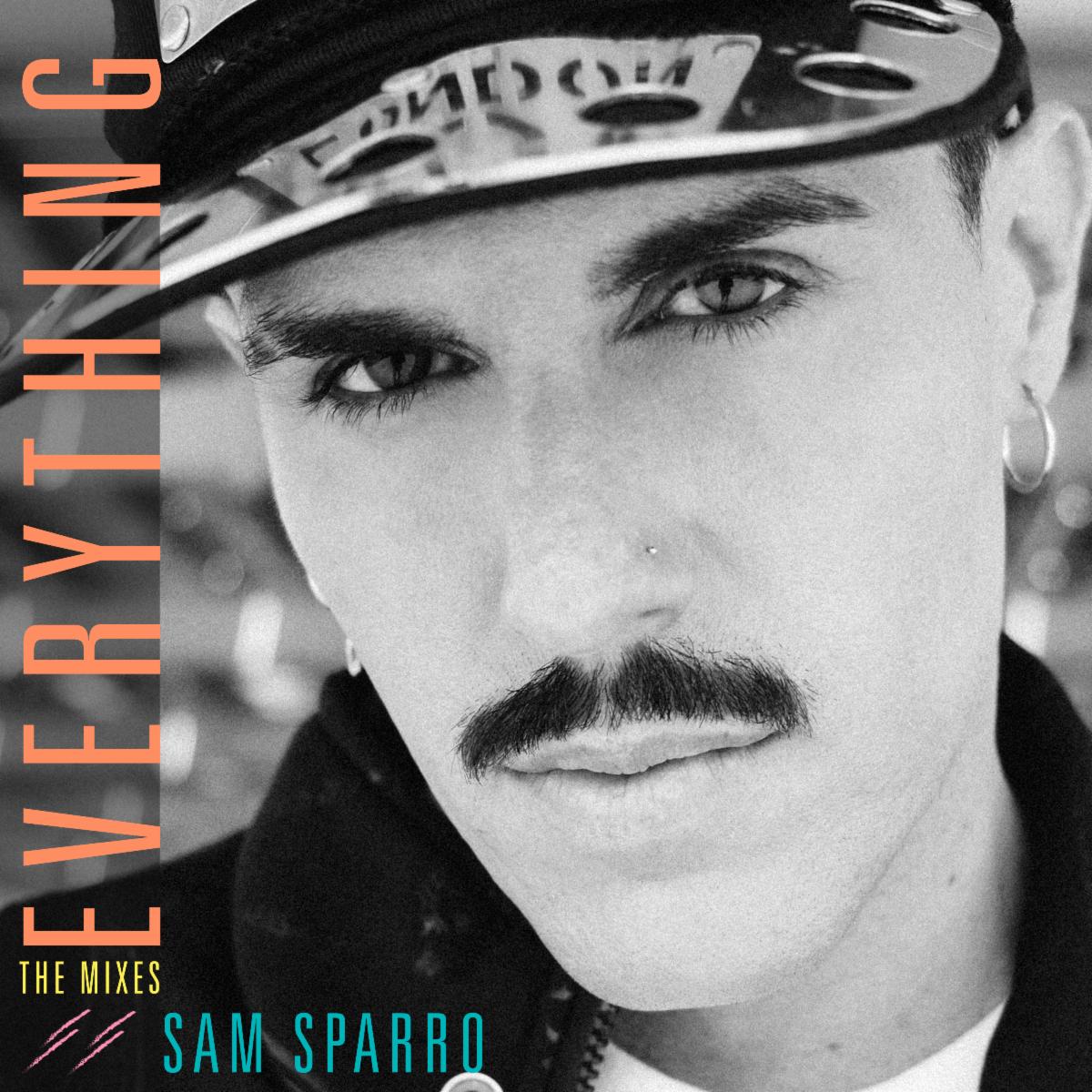 “EVERYTHING” – THE MIXES PACKSHOT
https://linktr.ee/samsparro

“Sam Sparro’s comeback is here in full force with the joyous, nostalgia-inducing ‘Everything” – BILLBOARD

“the musician croons atop bombastic, funky ’80s boy-band beats about giving his all to a lover…Sparro’s voice escalates to euphoric coo as background singers surround him. It’s everything you never knew you needed, and more.” – PAPER MAGAZINE re: “Everything”

“Surfing through time and space on a wave of liquefied green apple Jolly Ranchers while a masseuse gets the stress out of your shoulders. Yeah, that’s what this Sam Sparro and We Are KING sonic bomb feels like.” – NPR MUSIC re: “Outside the Blue (ft. We Are KING)”

Grammy-nominated singer, songwriter and producer SAM SPARRO is celebrating his birthday today by sharing the maxi single for his latest single “Everything.” The joyous track is about being in the type of relationship where you feel secure and loved, feeling all the love that you put out being given back in return unconditionally. It’s the second single from his long-awaited third album BOOMBOX ETERNAL, out February 21. Co-written with R&B legend Rahsaan Patterson (Brandy, Tevin Campbell) and composer Tim K (Honey Dijon), the track’s maxi single features remixes from legendary DJ / producer Todd Edwards–who won a Grammy for “Album of the Year” for his work on Daft Punk’s Random Access Memories–and Sparro’s husband, Knights Of Zion. Sparro previously noted, “The project is a tribute to the era of maxi singles, cassingles and 12” records. I wanted that to be reflected in the releases… As a record collector I always love finding vinyl that has all those extra versions on the B-side, and wanted to give that to my listeners too.” Stream the seven-track “Everything” maxi single here: https://soundcloud.com/sam-sparro/sets/everything-the-mixes.

Boombox Eternal is Sparro’s first full length album since 2012’s Return to Paradise and draws influences from the late-80s / early-90s pop music he grew up listening to on cassette through the speakers of his bedroom boombox. “The project is a love letter to my 8-year old self and to the music that made me want to be an artist,” Sparro notes. “The songs are mostly about love but also about power and breaking through boundaries.” It is also a celebration of life and love and a declaration of joy, in-spite of the division and problems in the world today. The music holds true to Sam’s irreverent, existential and witty style.

The 12-track collection uses a palette of industrial-sounding percussion and classic Korg and Ensoniq synthesizers used by Jimmy Jam & Terry Lewis on Janet Jackson’s Rhythm Nation and a touch of early New Jack Swing inspired by Teddy Riley, with lush soulful harmonies and melodies completing the sound. Boombox Eternal is inspired by the heyday of Minneapolis-style production heard on career-defining albums from Prince, Michael Jackson, George Michael, Mint Condition and more, and features an exciting group of collaborators including We Are KING, Maluca, Rahsaan Patterson, Nikka Costa, Ryland Blackinton and Vaughn Oliver, with Sam at the helm of production.

In addition to “Everything,” Sparro previously released the track praised track “Outside the Blue” featuring Grammy-nominated group We Are KING. The song also received the maxi single treatment and can be streamed HERE.

Born in Sydney, Australia and raised in Los Angeles, Sparro’s releases include multi-platinum single “Black and Gold”– which has seen wildly popular covers by the likes of Adele, Katy Perry and more–#1 single “Happiness,” and albums Sam Sparro and Return to Paradise. He has also collaborated with Mark Ronson, Adela, Kylie Minogue, Aluna George, Basement Jaxx, Nile Rodgers and Adam Lambert, among others. Sparro won a GLAAD Media Award for “Outstanding Artist” and a “GQ Man of Style” award, and has been nominated for five ARIA Music Awards (Australia’s Grammy equivalent). He has also performed on stages around the world including festivals like Glastonbury, Coachella and Lovebox. In 2016, he released the final EP in his three-part series–Quantum Physical Vol 1, 2 & 3. Sparro is also a talented photographer whose work can be seen HERE.

Everything – Sam Sparro
“Everything” AUDIO

Sam Sparro – Outside The Blue (feat. We Are KING)