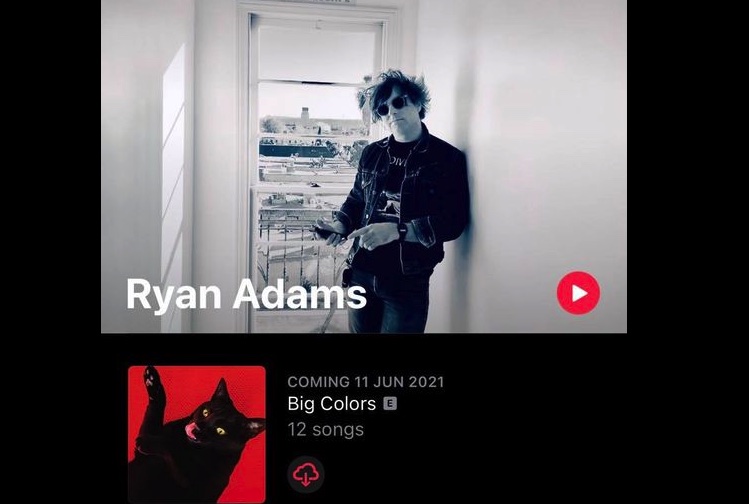 Nobody cared when Ryan Adams released ‘Wednesdays’ last year… but I should bring some nuances, nobody cared except his true fans, who are still in significant numbers. Adams’s social media are very busy, and his Instagram page has never been so active. But cancel culture is real and ‘Wednesdays’ was snubbed by every single major media outlet. The only reviews you can read are on independent websites like ours (here and here), and this is another proof that all the ‘big ones’ are owned by corporate publications, basically too afraid to publish anything that could anger the #metoo movement and social justice warriors.

It’s just interesting to notice that the album was positively reviewed by several European magazines including the German edition of Rolling Stone and that the album peaked at #4 in the Swedish Vinyl albums chart, for example; Adams may still have a career in Europe.

I wonder how many copies of ‘Wednesdays’ were sold, most of his audience is mature and still attached to an object and I would not be surprised if the physical sales were far less disappointing than the streaming numbers. The best sellers rank for ‘Wednesdays’ on Amazon is #1255 in CDs and Vinyl and #688 in Rock, which doesn’t look too bad, this has to be something.

In any case, nothing is stopping Ryan Adams since he seems to be about to release another album, the long-awaited ‘Big Colors’ – before the New York Times scandal, the indie rocker was planning to release three albums.

Some of his fans have noted a new ‘Big Colors’ icon on Apple Music and Amazon, featuring a black cat on a red background, with a date, June 11, 2021, which has to be the release date of the album. This doesn’t show up in my country, but this is coming from Australia, and they are always ahead of us. A Youtube video for ‘Do Not Disturb’ is also not available in the US (yet), but it showed up today, which means it could be available at midnight?

There is no official announcement for the album, but this will probably not even happen, considering that Adams is not counting on Pitchfork, Spin, or Rolling Stone to promote the release.

‘Big Colors’ seems to have a new tracklist published here, different from the previous one (here), as everyone will note the disappearance of ‘Doylestown Girl,’ whereas two other tracks (‘I’m Sorry and I Love You’ and ‘Dreaming You Backwards’) were released on ‘Wednesdays.’

In any case, we will listen to the album, and we will probably among the few websites to review it once again.