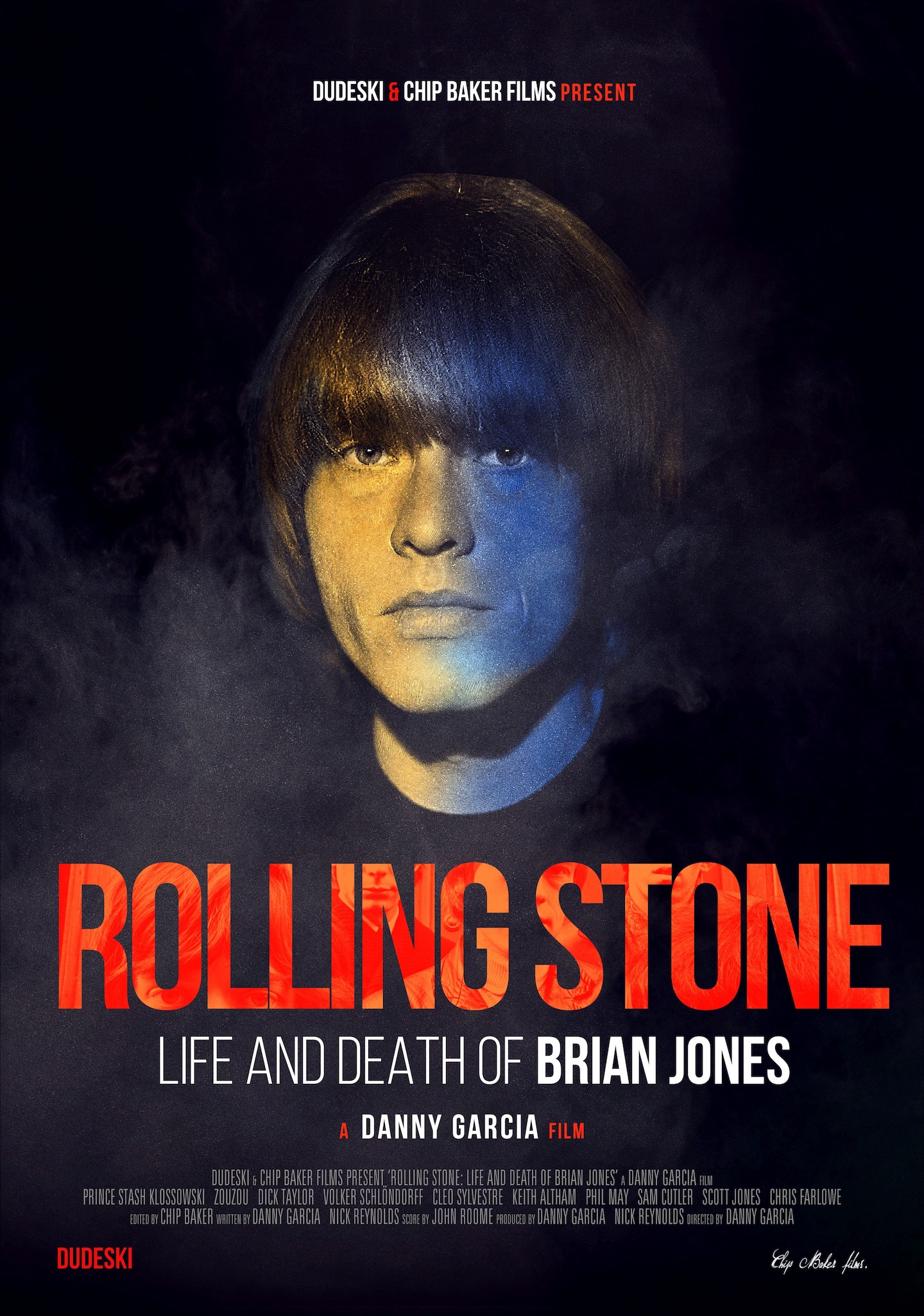 Life and Death of Brian Jones

‘No Jones no Stones’ reminded us Prince Stash after the screening of ‘Rolling Stone: Life and Death of Brian Jones’ at the Regent on Sunday night, but he also immediately acknowledged the longevity of the Rolling Stones who have managed to do very well after Jone’s death. However, the importance of Jones’ flamboyant and eccentric figure, but especially his musical genius cannot be ignored as this new movie seems to claim. The documentary, directed by Danny Garcia, was having a US premiere on Sunday night, and if the first part of the movie focuses on the first years of the Stones it also acknowledges something that has been rumored for years: Brian Jones didn’t drown in his swimming pool after consuming too many drugs, his death was not the result of a young wasted life, he was in fact murdered. This will not come as a surprise for the fans who have been following the story for decades, but the movie is completely acknowledging the murder story while exploring the different theories.

Like any documentary retracing the life of a late musician, we follow Brian Jones through old footage, still photographs and interviews of people including close friends like Prince Stash Klossowski de Rola and ex-lovers like actress Zouzou. It’s a gallery of characters I had never heard about, Stones tour manager Sam Cutler, one of Jones’ daughter Barbara Anna Marion, English rock singer Chris Farlowe, photographer Gered Mankowitz, early Stones bassist Dick Taylor, British journalist Scott Jones, Simon Wells, Graham Ride, Chris Salewicz,… while Mick Jagger and Keith Richards are only seen in footage and are not interviewed about their late friend and bandmate. Meanwhile, no music of the Rolling Stones is included in the soundtrack, which instead includes music by The Only Ones’ John Perry, The Chesterfield Kings’ Greg Prevost, and Alabama 3 which sort of sounds like early Stones. This probably says a lot how the Stones and many other key people felt about this project. Garcia was not even able to get permission to use any of Jones’ music, and the closer he gets is a voice-over of Jones’ father Lewis Jones who was not happy about his son rejecting his classical training to embrace jazz, then rock ‘n’ roll.

Brian Jones is portrayed as the epitome of the rock star, eclipsing Jagger and the other ones at the time, wearing more eccentric clothes, composing better music, and living the ‘sex drugs and rock ‘n’ roll’ life to its fullest while fathering 6 children from 6 different women during his short life. Stash described him as someone very intelligent, curious, a very fun person to be with, but someone too perfectionist to write his own songs. Instead, Brian was enhancing songs written by Mick and Keith.

Because he died so young and is part of the 27-club, Jones has become a legend and a myth, with all the distortions that come with this status. Was he really bipolar as someone says in the movie? He was a rebel, an original, a very talented but also complex guy, addicted to alcohol, drugs and then prescription pills, and he also was a rock ‘n’ roll story heard a million times before and after him.

After the Stones’ big hit ‘Satisfaction’, everything changed and Brian Jones felt sideway, the band was getting successful with songs written by Jagger and Richards, and it was a massive attack for Jones’ self-esteem. Even as the versatile multi-instrumentalist and arranger of the band, he felt that Jagger and Richards’ songs were ‘vulgar’, as Brian, first a blues purist, became interested in avant-garde and world music he got acquainted with during his trips to Morocco – he was one of the first rock musicians to show some interest in world music.

On July 3rd, 1969, just a month after he was fired from the Rolling Stones, ‘he had to be pushed down otherwise he would have brought the band down’ someone says in the movie, he was found dead in his swimming pool at his Farm in Hartfield, England. His self-destructive behavior was solely responsible according to the authorities. The police had already tried to destroy the Stones and especially Jones’ rebellious character with a series of drug busts, planting evidence and arresting him and his friend Prince Stash. The drug bust was a disaster, said Stash, as the police had told the press to make an example. Jones had relocated to this Cotchford Farm, located in rural East Sussex to escape this craziness, but he didn’t find peace for very long.

Conspiracy theories started just after Jones’ death but Garcia is clear, Jones was murdered, probably because of a terrible dispute with construction worker Frank Thorogood, who had been hired to renovate the farm. Thorogood was fired the same day Jones died.

According to the Sussex police, there were only three other people (Frank Thorogood, Janet Lawson and Jones’ girlfriend Anna Wohlin) present at the farm on the night of Brian Jones’ death, but other accounts have reported a sort of party ‘at Brian’s expense’ with many more people.

Tom Keylock, the Stones’ chauffeur who witnessed a lot during his career – he was for example present in Marrakesh, Morocco when Brian Jones beat his girlfriend Anita Pallenberg after she had left him for Keith Richards – was also one of the first persons on the scene after Jones’ drowning. Years later, Keylock claimed that Thorogood had confessed on his deathbed to have murdered Jones, but then he denied the confession had ever happened. Thorogood and Keylock are now both dead, but a series of trouble events revealed in the movie ask for more questions: Joan Fitzsimons, Thorogood’s girlfriend, was brutally attacked just three weeks after Jones’ death, Keylock had an affair with Janet Lawson, the nurse who discovered Jones’ body in the pool, some people were burning something on the propriety, and there is also the strong possibility that Jones was actually drowned in a small pond before being thrown to the swimming pool because the water in Jones’ lungs was freshwater and not chlorinated pool water.

As Stash said at one point, these were sordid events, it appears that the Sussex police never really looked at the case, and this should not come as a surprise! It’s unclear whether the police were totally incompetent or voluntarily botched the investigation to give a lesson to the youth, it was ‘a completely bungled investigation’ as one of Brian’s daughter calls it.

Jones was the first English rock star, the man who named the group, and this film is an attempt to put the spotlights back on this tragic figure. The Stones never addressed the so-called conspiracy theories and they played a free concert in Hyde Park on July 5th, 1969, just 2 days after Brian Jones’ death, in what could be called a very the-show-must-go-on and somewhat callous reaction. It’s clear they wanted to put his death behind them and embrace their career.

However, truth matters, justice matters – even though the people who murdered Jones are dead – and it’s important to know Brian Jones didn’t die from drug abuse as the police really wanted the public to believe in 1969. For the establishment at the time, it was simple, get rid of the pop star and you will get rid of the drug problem, and this is why they had tried to destroy him before during these drug-busts. For Stash, Brian was representing counter-culture much more than Mick and Keith who didn’t look as dangerous as him, Brian was the DNA of the band’s rebellious nature. Although he died at the hands of another man during a fight, his death was a cover-up because Jones represented the counter-culture, the plain threat of rock ‘n’ roll. But one thing is certain, Prince Stash was very eager to defend the memory of Jones while denouncing many myths and fake stories written about his late friend. ‘This is the way history is written,’ he said, ‘By the time I am not on this planet anymore, God knows what distortion will come about!’ We all know that too well.

Look for the next screenings of the movie here 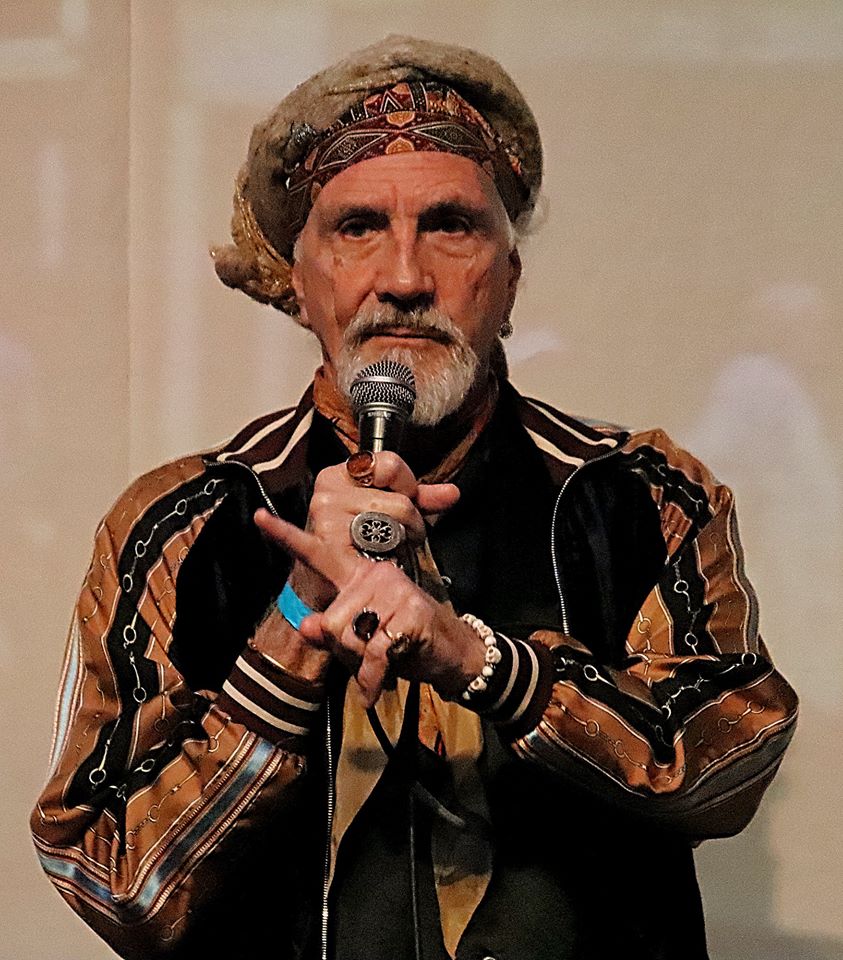