Congratulations to glam rocker Rocky Kramer on his 100th episode of “Rock & Roll Tuesdays” the phenomenal rock show broadcasted weekly on Twitch and hosted and performed by music virtuoso Allied Artists Music Group’s number one superstar. The Norwegian born multi-instrumentalist created the rock showcase during the pandemic when playing live music was no longer possible. Loyal fans from all over the globe join the broadcast each week and are dazzled by Rocky’s talent.

Considered one of the greatest guitarists of our times, Rocky has appeared with legends including Rick Wakeman, Ozzy Osbourne, John Lodge, Steve Vai, Leland Sklar, Kenny Aronoff, and a cascade of others. Indeed, Rocky performed the National Anthem with Joey Belladonna at the 20-year Remembrance of 9/11 in New York City this past September 11th.  Having stormed the ramparts of success with his debut concept album “Firestorm” and then following up with an arena-based tour alongside Buckcherry, everything suddenly shut down with every inch of the Heavens being engulfed in flames, while people cried for the moon. 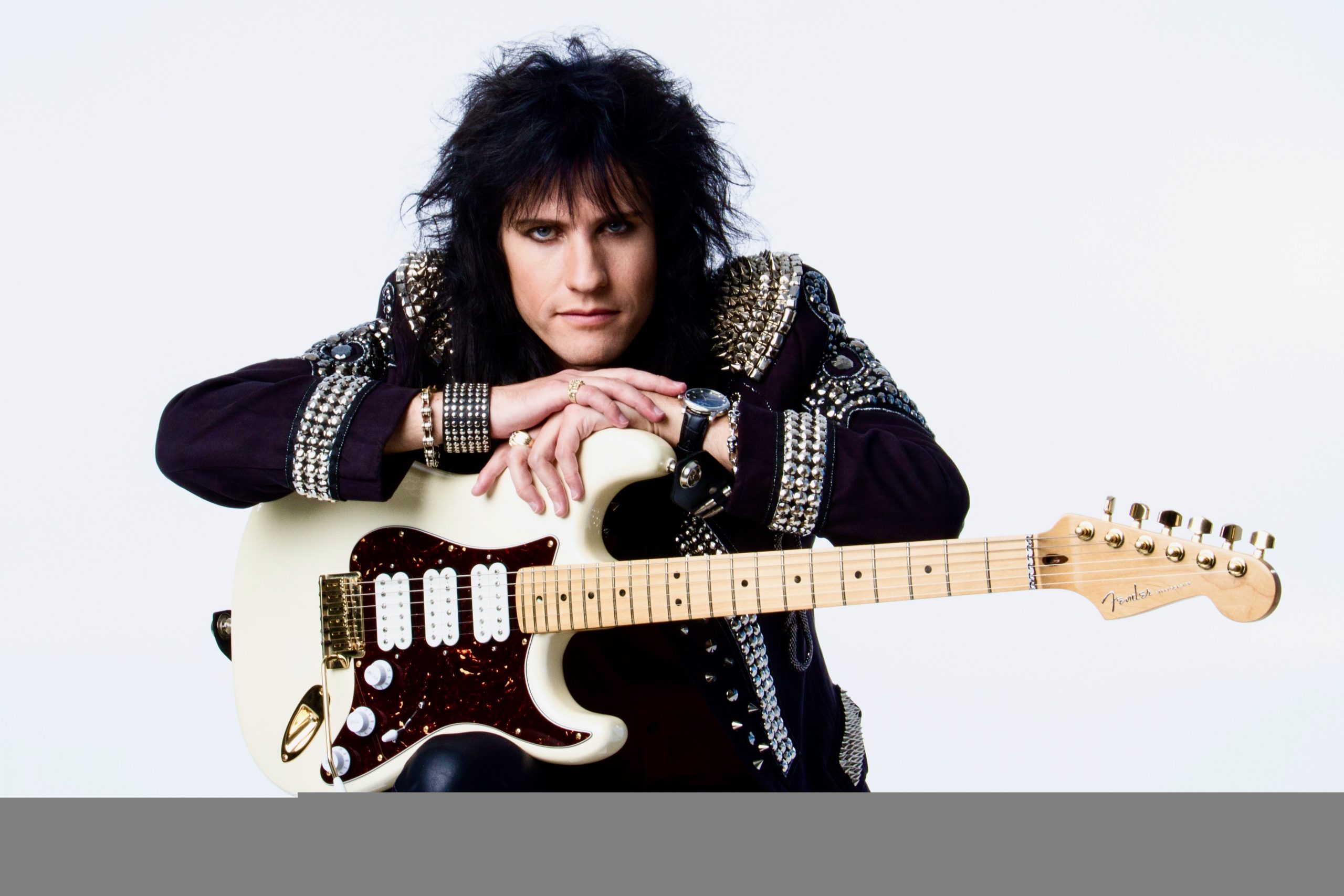 Coincidentally, on the same week of his epic 100th episode, Rocky will also be featured on the main stage at the Santa Fe Springs Art Festival on May 6th with his full band and renowned bassist Prescott Niles from The Knack. The Knack’s super hit “My Sharona” is sure to be on the fare. This extravaganza will take place at the sprawling Clarke Estate located at 10211 Pioneer Blvd. in Santa Fe Springs, California. The festival celebrates community art programs and helps fund programs for creative youth. This marks the first full live concert featuring Rocky Kramer since the pandemic.

Rocky was also recently cast in the film “Rockin’ In Time,” a Mutt Productions/Allied Artists Pictures, Rock ‘n’ Roll Time travel comedy adventure. Rocky will be portraying the lead character Lars Olsen. The film will be directed by Aaron Lee Lopez and will feature cameos by legendary 80’s rockers, including Prescott Niles.

In a conversation with Rocky he disclosed his inspiration for “Rock & Roll Tuesdays” and the future of the show. His unconquerable spirit still speaks to where we are now. He gives people what they are expecting by believing in his own instincts. He plays always as if in the presence of a master…..Rocky has a shining future and is certain to become one of the pole stars of the rock n’ roll industry…

David Bronson: What was your inspiration for initiating “Rock & Roll Tuesdays?

Rocky Kramer: It started out because of the pandemic. I was certainly aware of Twitch before, as well as streaming and performing on the internet, but I had never done it. All of a sudden, I couldn’t perform live. My band and I were on tour with Buckcherry in November of 2019 and were going to resume our tour in Europe, return to some dates in the U.S. and then hit a couple of dates in China at their  Strawberry Festivals in 2020, but all that came to a screeching halt on January 20th!. So basically, because I was stuck at home, I figured out all the equipment needed. I actually didn’t have most of the stuff I needed to broadcast except for a basic camera and things like that.  I got a much better camera, actually two cameras so you could focus on me and the guitar at the same time. It was kind of a process and a learning experience because it was all new to me. It started out with very simple streams of me playing guitar and even doing some production streams. That was the very beginning when I was still figuring things out. But then I realized that people were beginning to tune in and began asking if I would do particular songs. As they requested more and more songs, I realized that’s what people really wanted. They wanted to hear music and they wanted to hear songs that they love. So, it quickly turned into a weekly show about music. It’s the type of show that starts out with a theme. I do a different theme every week. However, I am always open for requests! And I think that’s why a lot of people like to watch the show. Every week it’s always different. It’s not like a lot of other shows where you get the same thing every time. That’s the foundation of how it all started.

DB: 100 episodes is a really big deal. How excited are you?

RK: It feels great. I didn’t think I would be doing it for this long. But it’s actually been a lot of fun and now it’s part of my weekly routine.

DB: What are you going to do special for your hundredth episode?

RK: That’s a good question….  I want to do something special so that people feel we are truly celebrating it. I want to do some special songs and try to get some graphics in there that honors the hundredth episode. It’s kind of interesting because it’s coincidently on the same week as my show; my first live show since the pandemic began. They are both happening at the same time. Doing both simultaneously is challenging, but this is going to be a fantastic show because I want to take this one over the top. I’m always very diligent with the show and I try and do my best. I work hard on every show. This one has to be celebratory and one for the viewers to remember.

DB: You’ve developed a pretty loyal fan base? So how far are you going to take the show?

RK: Yeah.. Absolutely. That’s also a good question because when I started doing this I always said that I’m doing it because I can’t perform live, but of course now I’m back to performing live. I’m also doing a movie which means I will be gone for a little bit when I film that. But there are so many people that tune in every week. I get all these messages and so many reactions from all over the world. Different countries and different nationalities … so I feel like not continuing would be a bad thing and would hurt all those people that want to see me each week. They enjoy it and they have a good time – heck, I have a great time! It will probably be sad whenever I decide not to do it anymore. But as long as it makes sense, I want to continue doing it if I’m available; as long as I have time for it and they want more, I’ll keep doing it in one way or another. 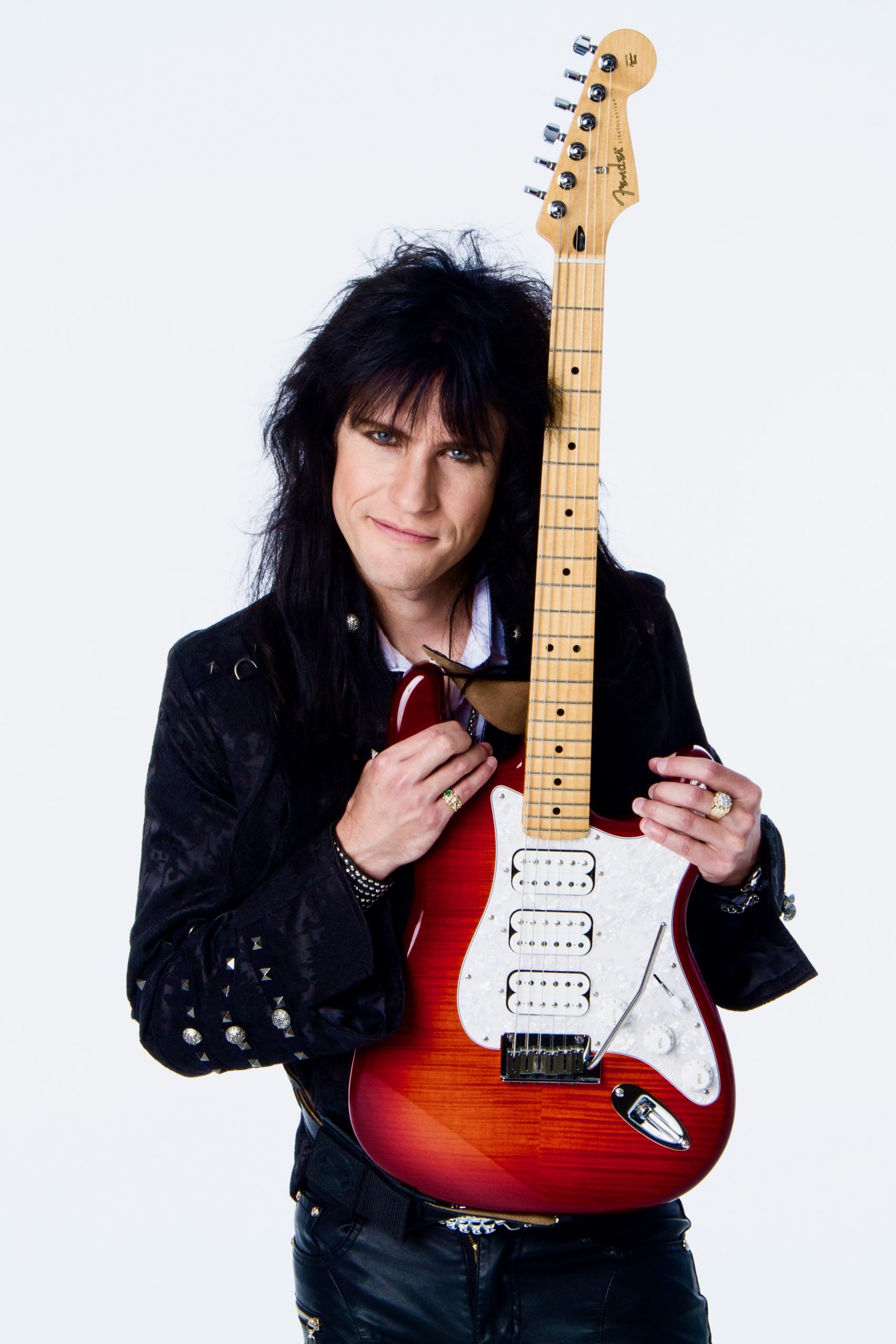 DB: What is your favorite part about doing the show?

RK: I think that it gives me the opportunity to talk to and communicate with people from all over the world that enjoy rock ‘n’ roll. It’s something that I felt I wasn’t able to do at the same level on social media or YouTube or the other platforms where everything is posted. Here there was a real time aspect. It’s almost like a conversation happening with the people in the chat. There is something really cool about doing that in real time. You can’t really do that if you are recording a video the day before. You can always respond to comments but when you’re doing something in real time it opens up a new dimension of interaction. You never know who shows up. Sometimes people come in and they are really surprised and it’s always cool when somebody discovers what you do and what you’re all about. It’s funny because you’re getting people’s reactions right there and now. And you were able to interact with people that just discovered you. You can’t really do that the same way on social media.

DB: For a minute let’s talk about your up-and-coming live show.

RK: So what’s really cool about the May 6 show is that first of all I’m performing with my band. It’s really cool to be performing live with a full band for the first time in a long time. But also, we’re doing not just the “old Rocky Kramer thing,” but the “new Rocky Kramer thing” with some new songs from the next album and at the very end we have special guest Prescott Niles from the Knack! …. Funny enough we have actually performed with him two times before with the Rocky Kramer band and both times we forgot somehow to do his big hit “My Sharona.” So I think we’ll remember to do some Sharona this time. It’s going to be really fun. We are looking forward to playing live, especially with Prescott.

Rocky Kramer will be playing the Main Stage at the Santa Fe Springs Art Festival on May 6th, 2022.

The official website for Rocky Kramer may be found at: