“It was a really cold day in Stockholm, mid-winter, below freezing. I spent all morning trying to write to the song until I gave up,” Mei River says. “On my way to grab lunch, I saw an old woman clinging onto a tree. She was shaking because of the cold, and she couldn’t walk because of how icy it was. I helped her to her apartment building. She told me her husband just passed away and how she was just waiting for her time. The song was done a couple of hours after that.”

Born Fredrik Eriksson, Mei River is a multitalented singer and producer whose music asks a simple question: why is it so easy to feel so lost? After years of producing for other artists, he decided to do something about his persisting feelings of confusion and loneliness and put his own voice into songs. He ended up with music that helped him process his emotions more readily than talking about them ever could. “I use music to say things I don’t dare say in real life,” he says. “Instead of just saying, ‘I’m sad, boohoo,’ I try to build up that space of how I’m feeling and also channel how I felt.”

While Mei River often sings about feeling aimless, the vibrant sonic qualities of his music create an important contrast that invites listeners in. He combines shades of exotica and funk with the homespun qualities of bedroom pop, experimenting with vocal effects and complex arrangements to give audiences a unique finished product that nods to Cashmere Cat, The Radio Dept. and Prefab Sprout. While the music may not offer concrete solutions to the burdens of the world, it does provide an essential respite, showing audiences that there’s always beauty to be found if you look deeper. 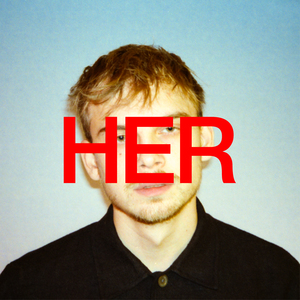