Rilo Kiley, The Coronavirus And God 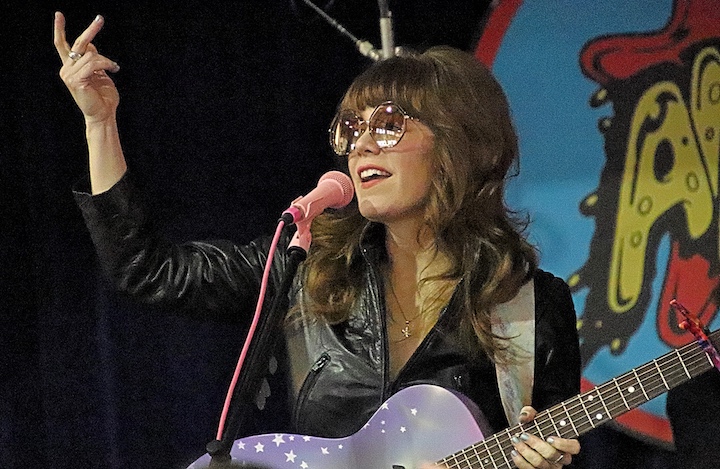 The Coronavirus epidemic has given plenty of opportunities for God freaks, evangelists and dark ages preachers to have something irrelevant to say once again. We had not seen that since the AIDS epidemic, and that one was easy because this disease was mostly affecting the homosexual community, the absolute sinners for most Christians. But the coronavirus epidemic? How can God be mostly angry at old people and people with underlying conditions? Aren’t they cursed enough already with old age or diabetes or a failing immune system that makes them vulnerable to any disease that God created?

This hasn’t stopped the usual televangelists to blame ‘our sins’ for the apparition of this new virus, from Pat Robertson blaming ‘oral sex’ to Franklin Graham declaring on Fox News (where else?) that people are dying of the Coronavirus because ‘man has sinned against God,’ and because ‘the world has turned its back on God.’

Then you have the deniers, the Kenneth Copeland of this world who are claiming the pandemic is ‘destroyed’ because the ‘wind of God’ has destroyed the novel coronavirus during a recent sermon.

You may think that most sane Americans do not listen to these people and it may be the case, but these pastors and preachers have enough followers to fill many churches every Sunday. Plus, you never know, I recently found out that one of my co-workers is one of these die-hard Christians and I would have never thought! Churchgoers recently interviewed by CNN are honestly the worst that humanity can offer, they are totally blinded by their faith, they are not respecting the rules, and are thinking they are invincible because they are ‘covered in Jesus’ blood’ and can’t be infected. There’s no possible reasoning with them, it’s just pure insanity erasing any judgment and putting the rest of humanity in danger because of their folly.

These are crazy times, there is a taste of apocalypse in the air, some end-of-the-times energy bringing back the last judgment or pages of the Book of Revelations. You can encounter the craziest things on the internet, from the most ridiculous crackpot theories on YouTube to the worst conspiracies everywhere you turn, but if Sputniknews is valid (it’s based in Moscow, so who knows?) a recent survey showed that 29% of the people who responded believe they live in what the Bible describes as the ‘last days.’ But it would not come as a surprise if more and more people would find a renewed interest in God and spiritual matters, this is always a reaction during a crisis, and all these megachurch pastors defying the pandemic in the name of freedom of religion would only reinforce this reaction.

All across religions, there is the big question, why did God send this to us? There is the recurrent idea that the coronavirus represents ‘a test sent by God, a ‘solidifying agent of faith,’ as if God was still this angry asshole of the old testament. Haven’t we evolved since this primitive thinking? It’s either the punishing God or the testing God experimenting on humans as if we were lab rats, let’s test this to see how they react? Will they lose faith in me? How big is God’s ego and how infinite is his sadism?

The problem with the human mind is that it is always looking for answers, and I do want answers too, but the reality is that there are no answers. Life is like the Goy’s teeth scene in the Coen Brothers’ movie, ‘A Serious Man,’ signs are everywhere but they don’t mean anything and we just have to accept the mystery. There’s no reason why we are in the middle of a pandemic, there’s no reason why these people get sick and die, and as the Rilo Kiley’s song says ‘The absence of God will bring you comfort, baby.’ The absence of God (and the absence of meaning) truly brings comfort and peace. It also brings the freedom to act instead of suffering divine punishment. Rilo Kiley’s ‘The absence of God’ is my song right now, especially these lines which seem prophetic, to say the least:

‘Folk singers sing songs for the working, baby
We’re just recreation for all those doctors and lawyers
There’s no relief for the bleeding heart
‘Cause they’ll be losing bodies tonight’

So I don’t believe in God or the bible, but I may believe in music, and in Rilo Kiley.