Rhonda Swan doesn’t allow her dreams to get in the way of her actions. Clothed in strength, power and dignity she is able to laugh without fear of the future. An architect of humanity, Rhonda Swan is the charming CEO and mastermind of the “Unstoppable Branding Agency”, a seven figure dynasty. She is also a best-selling author, an international motivational speaker, a business strategist and a dazzling podcast host. 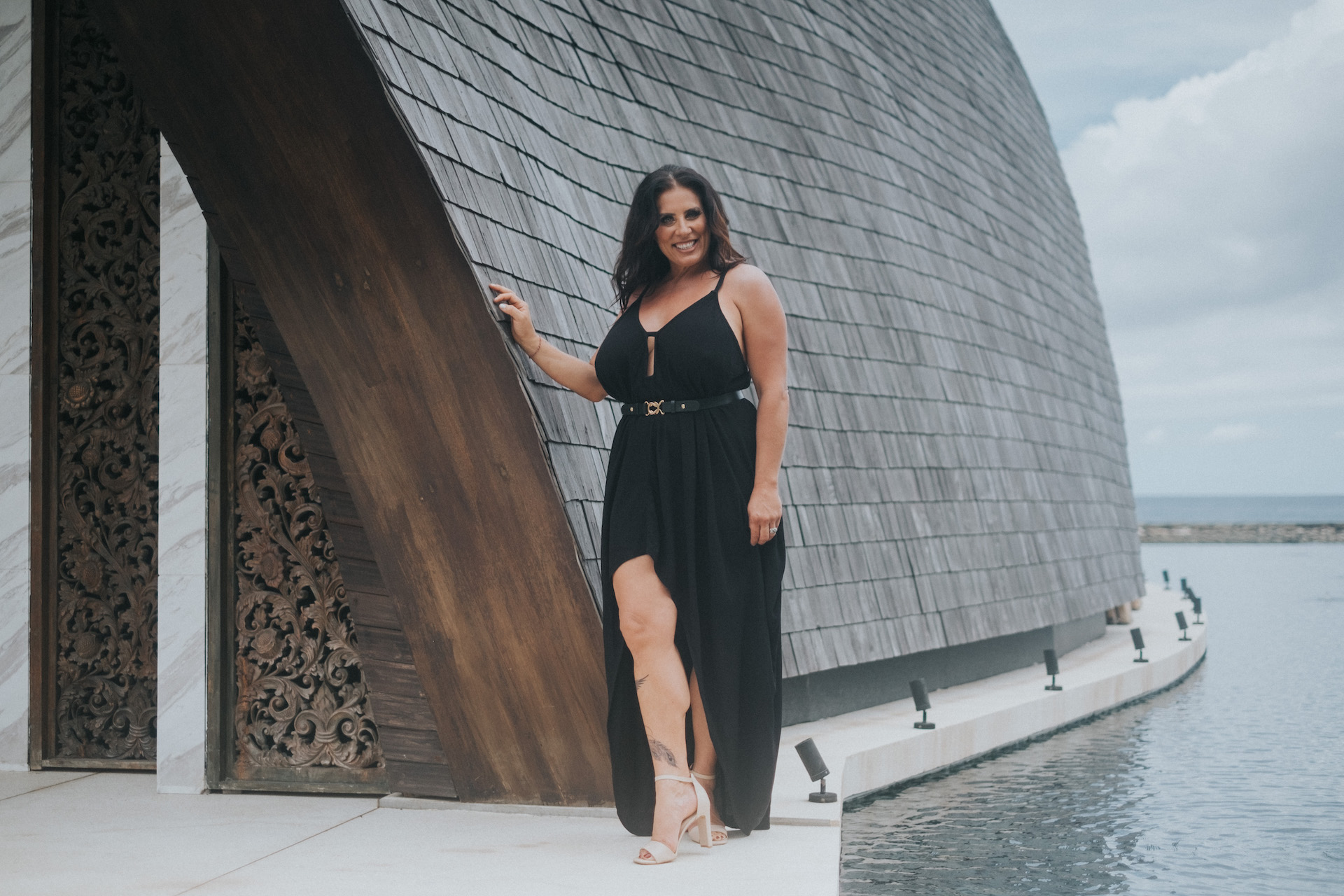 Rhonda is a devoted mom and wife who celebrates family values while giving back to society and allowing women of all cultures and backgrounds to rise above the noise. Although courage doesn’t always move mountains, Rhonda teaches her clients how to climb them. Like a salacious alchemist she transforms private anguish into narratives of truth. She has been featured in Forbes, Entrepreneur, Home Business, Huffington Post and an endless amount of other prestigious publications. Her stamina and effervescence challenges men, angels and beasts, yet she has room in her life for everything that matters.

Without risk there are no possibilities. You took a lot of risks during your career…please tell us your story?

My name is Rhonda Swan and I’m a mother and wife for 23 years. When I was in my 20s, I played for a woman’s softball team. I went to university and received a scholarship to play softball. I was a coach in the national and the international games. Then I had this dream to run a big corporation, so I went and I got my masters degree. I was eventually hired by Philip Morris and I ran Miller, Marlboro and Craft advertising department for 6 years. I then worked for GlaxoSmithKline Pharmaceuticals, the fortune 500 company and I ran the Western division. I ran multi-million dollar budgets and ad campaigns with them. Then at 30 years old I witnessed a woman putting her six-week old baby in childcare. I had just gotten married and hadn’t had a child yet. but my whole body shifted because this woman dropped her baby off and was 15 minutes late to work. This boss basically threw her on the cross and told her that if she was ever late again, she would lose her job. I sat there and thought “is this who I’m going to become?”

I had a complete shift in my DNA and decided that I wasn’t going to do this, and this is not who I want to be. So, I went back to my husband who was a robotics engineer. FYI, we actually met surfing in the water 23 years ago in San Diego. I moved from Michigan, I’m a Detroit girl, he’s a Chicago boy. We both moved to San Diego for work and met three months after we both moved there. I explained to him that I did not want to put a child in daycare and that I was going to quit my job. He responded, “what! we just got married, we just bought a five bedroom house, we could have kids”….. I told him not to worry that I would figure it out, and that was in 2004.

This was when the Internet really started to pick up and a lot more action started to happen with businesses moving online. I watched an interview with Steve Jobs and he said “if someone is running a company and you have not even considered capping into the Internet or working at how to bring your business online, you’re going to be lost in 10 years.” I know Steve Jobs knew what he was talking about, so I went really hard into it and started studying Google ad words. I started working with Perry Marshall who is the godfather of marketing. I started reading a lot of books. I started reading Robert Kiyosaki, and looking at 4 Quadrant and Being an Employee to Having Your Own Business. I thought what if I built a company online exclusively. I started googling “Work at Home Mom”, which was completely against who I was. I was such a big, corporate, powerful, business person, but that’s what I really wanted. My mom was with me growing up. She was at work at home mom, but I didn’t want to be like her. I wanted to be completely different, but I still wanted those kind of family values.

I then found a company who was selling personal development products for Robert Kiyosaki, Bob Proctor, all these big personal development people. They were selling all these products, so I invested in this company and bought my own franchise. I started marketing these events and products and from there, and I was the first woman to earn $1 million in the company. I did it exclusively online. So, I quit my job three months later and I then retired my husband a year later from robotics engineering, and I set out on this mission to build a family and a new life. For three years I built this company and we did really well, and I hit my first million after the third year. 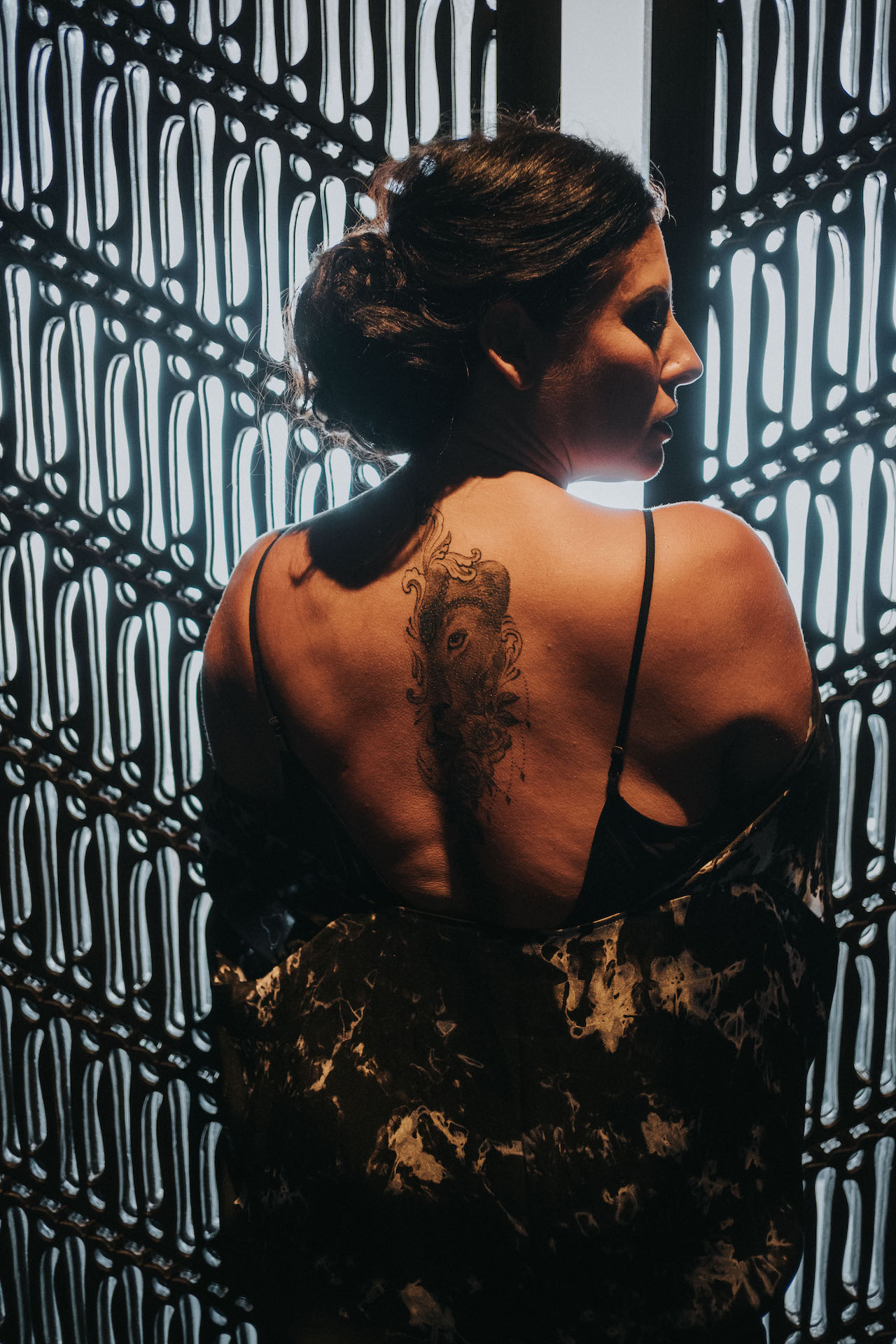 After that you kind of had a quarrel with fate?

We then invested a ton of money in real estate and I was about to have a baby. Three years had passed and I thought we had made enough money to buy houses and invest so that I could actually raise my daughter and let the company run. Sadly, we invested in the largest fraud in 2007 and we gave all of our IRAs, drained everything, all of our green, we dumped it all. My husband‘s father died of aids, he was one of the first and had left him a hundred thousand dollars which is how we bought our first house. That money allowed us to buy other houses, but then we started making money so we drained all the rest of our IRAs to put into this invested property. It was a golf course development and we lost everything. My daughter was 33 days early because I was so stressed because I found out we were losing everything. We had a $1.7 million home In San Diego on the top of the hill, two Mercedes and I have been working thinking that all of the money that I had made was going to make me a better parent and in reality that whole vision, three years working and making all that money was gone.

So, my daughter was born early, my husband and I lost over $26 million of cash and I literally sat there with the vision that I never wanted to put a baby in daycare. We decided in 2008 we would sell it all and we would travel the world to get our minds out of the garbage. All of our friends thought I was crazy because I left my massive six-figure job, so we battled all that negativity, the mental chaos that we were in. We fire sold everything, we filed bankruptcy but we were not liable for any of it because it was a fraud. We were lucky in that regard, but we didn’t lose all our cash and we owed the IRS $50,000 because we took all of the money out of our IRA. We still had to pay them. So, we left on November 28, 2008, about six months after we decided to leave with $12,872.62 and a vision that I never wanted to put my daughter in daycare. That was 13 years ago coming up this November. We have traveled all over the world. My daughter has lived in 57 different countries. We have set our mission out to help more families and women be with their children, and build businesses.

That is what I have been focusing on. I’ve been helping them build their brand and monetize their products. Everything is virtual. We’re the only company totally virtual. We started using Skype when nobody was using it. I was running these meetings with clients in Fiji with my bikini on and my daughter running around. I had my computer on my shoulder because there were no phones. We built our company. It took about three months and our $12,872.62. The first month I made about five grand, the next month 10 grand…. consistently we stayed around 10, 15 K keeping things moving while we were traveling. We were living our life and keeping our mind clear. Since then we built our company into multiple 7 to 8 figure businesses. I have a sexy brand formula to help people build their brand. We have 52 employees, 80% of them being women. We hire internationals all over the world. We don’t require them to have high levels of education as long as they have a vision and a vow and they are willing to learn. So, we have given opportunities to Third World countries and people that have never had or had been able to make high-level salaries. Women are working at home. Dad’s working at home. They have their kids and everyone is mainly virtual. 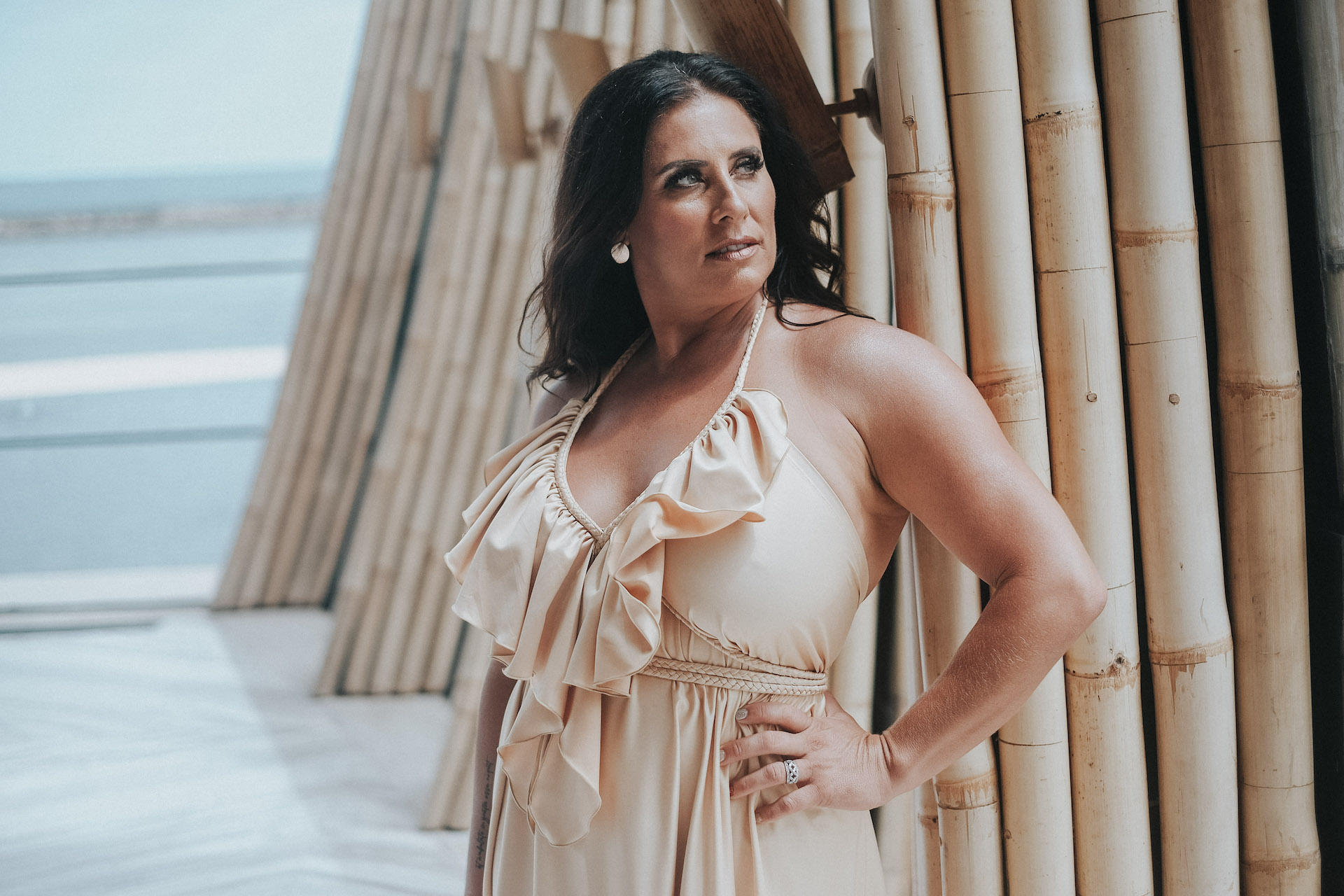 For you home is not nearly a mark on a map but kind of the place at the center of a compass.

So that is kind of how the pathway worked. We went through a lot of ups and downs, a lot of resilience. That’s why I’m writing the book “Women Gone Wild.” It’s about how women broke out of that norm, broke completely out of the constructs of the patriarchy. I was a complete fucking ballbuster and then I had this realization that well this doesn’t actually have to happen. I also want to be a strong representation to my daughter and other women. I really went deep into healing myself learning about past Karmas, all these things so I can be a strong representation to other women.

So, that’s how we built our company with family values and a really strong foundation of giving back. We give back 10% of every single thing that we make, every single year. I support “ Operation Underground” which is for rescuing women and children from human trafficking. We have a foundation called “HeartStrings Projects” where we buy instruments for children and have professional musicians teaching them how to play music to give them joy in their lives and to give them purpose. My daughter, at 10 years old started her first fashion company and it’s sustainable fashion designs for women. She launched her first brand at 10 and is now an international speaker at 14, all over the world. She focuses on sustainability and different products. Our family values are really tied together because of all of the stuff that we went through and the desire to know how we can make a bigger impact without gifts. My husband owns several beard products. He has a big beard, so he makes sustainable organic beard products. So, as a brand we are called Unstoppable Family. I am the Unstoppable Mama, my husband is the Unstoppable Surfer, my daughter is the Unstoppable Girl. Her company is named HS Styles… So we are kind of this big ball of unstoppability…..

The official website for the Unstoppable Family may be found at https://UnstoppableFamily.com

The official website for the Unstoppable Branding Agency may be found at https://www.UnstoppableBrandingAgency.com