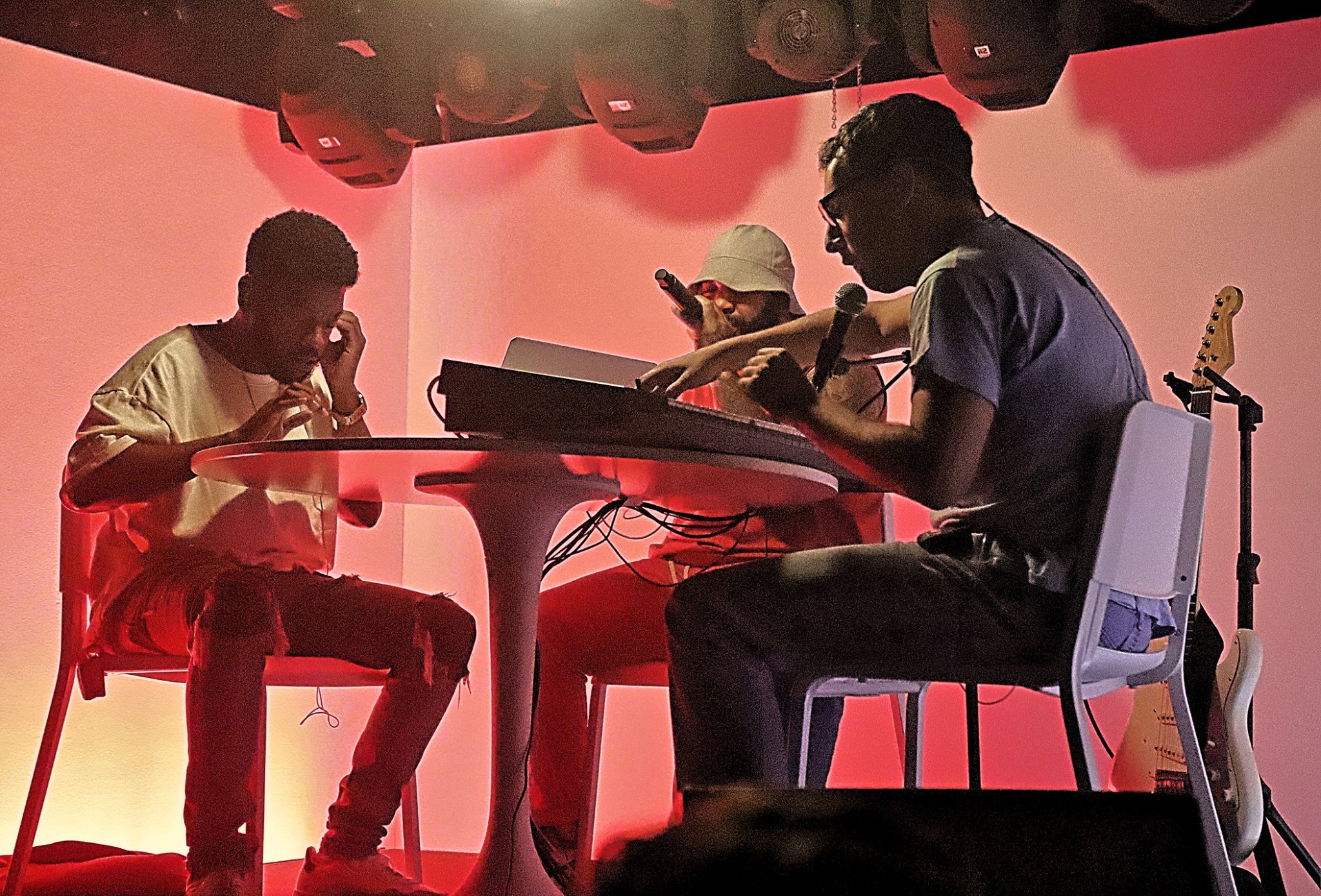 Red Hearse at the Moroccan Lounge

Red Hearse have just released an album, I went to see them play at the Moroccan Lounge on Saturday night, and I felt old…

It’s obvious, this new generation is not looking for the same things than I do when they go to a show… I want emotions, and several of them, I want movement and action, I want to be in shock and I eventually can cry and laugh, and I don’t necessarily want to sing along. When I go see a performer I really like or even love, I want him or her to move me into another universe, but I am really not asking for any participation.

The next generation has a totally different concept of a show, they don’t care for spectacle and don’t mind watching three guys sitting around a table for an hour. They also want to fully participate in a collective sing-along with one big emotional note and only a few nuances: joy, happiness and euphoria.

Red Hearse is the new project of Sam Dew, Jack Antonoff and Sounwave, three high-in-demand men, and this was enough to sell out the small venue in a flash of a second… I saw tickets on reselling sites like Stubhub going for $400-500, but don’t ask me how I got in! I just got lucky and took advantages of the fact that there are always a few guests who are not going to show up.

Red Hearse have released their self-titled album last month, and Saturday night was their first-ever show, told us Antonoff, hence the audience’s enormous interest in the show… I was only familiar with Jack Antonoff, as the man has worked with every female pop artist of the moment, from Lana Del Rey to Taylor Swift, St. Vincent and Lorde, not to mention his work with Bleachers and Fun. Meanwhile, hip hop producer Sounwave got his reputation as part of the TDE family (Top Dawg Entertainment) and is well known for his work with Kendrick Lamar, and Sam Dew has collaborated with many artists from rapper Wale to Rihanna, Taylor Swift, Mary J. Blige… Since these three men were navigating around the same circles, it makes sense they have finally made a record together, but with them, I was certainly in the company of the most prolific actors of today’s music industry. Red Hearse is a sort of supergroup of today’s pop music with the most-in-demand men, fully aware of what’s trending in today’s pop music, and trendsetters themselves… but for Antonoff, it got very simple, ‘We are friends, we do this and we made an album’, he told us mid-show.

Three human mommies were sitting around a white table on the small stage as the room was filling up. The small venue was already packed and very hot when I managed to find my way inside, only surrounded by young people, taking photos of the red hearses parked in front of the door,

Everyone began to scream when the three men took the mommies’ seats, and a very loud sing-along followed starting as soon as Sam Dew began to sing. The three men seemed to have a private dinner at their round table, rarely moving and sitting the entire time, but the crowd was in love with the beats, Dew’s high falsetto, the electronic drone at the beginning of several songs, and overall the sweetness of the sound, a smooth pop synth and fluid beats, with a modern R&B vibe. They started with ‘Red Hearse’, and if there was a sort of TV On The Radio vibe in the infectious beats of the song, I can’t say this was the case later. After ‘Violence’ and its very repetitive hooky line, ‘I want to see it all/ Don’t leave out the violence’ which seemed to go on forever on a very joyful loop, people started screaming ‘Have my children!’… and this was coming from a man. ‘I think it’s a play on the concept of the vocals being high and sexy’ joked Antonoff after hearing it several times.

Antonoff took a guitar for ‘You Make It Easy’ and its oh-so-sugary chorus in repeat, amplified by 200 people at the same time. The song was certainly catchy and bouncy, but maybe precisely too easy for these three kings of wonder pop?

‘Half Love’ was no different, and I hadn’t heard such a loud sing-along over sugary lines since a Portugal. The Man’s concert. All the songs seemed to be built around these hooky choruses that each person in the room wanted to sing at the top of his or her lungs, and after the cute ‘Everybody Wants You’ and ‘Blessin Me’, I was drowning in their honeyed sounds about puppy love, unrequited or not, and if ‘Born To Bleed’ started with some promising abrasion, the song soon caught up in this same saccharine melody with a ‘80s-Michael-Jackson-falsetto.

Don’t get me wrong, I enjoyed the show, the songs were very catchy and it’s always cool to see a crowd so deeply engaged in music. Plus the show was so short, there was no time to grow tired as they left after the 8 songs, with a ‘That’s it, we don’t have any other songs’,… but couldn’t they have worked on a cover or two? 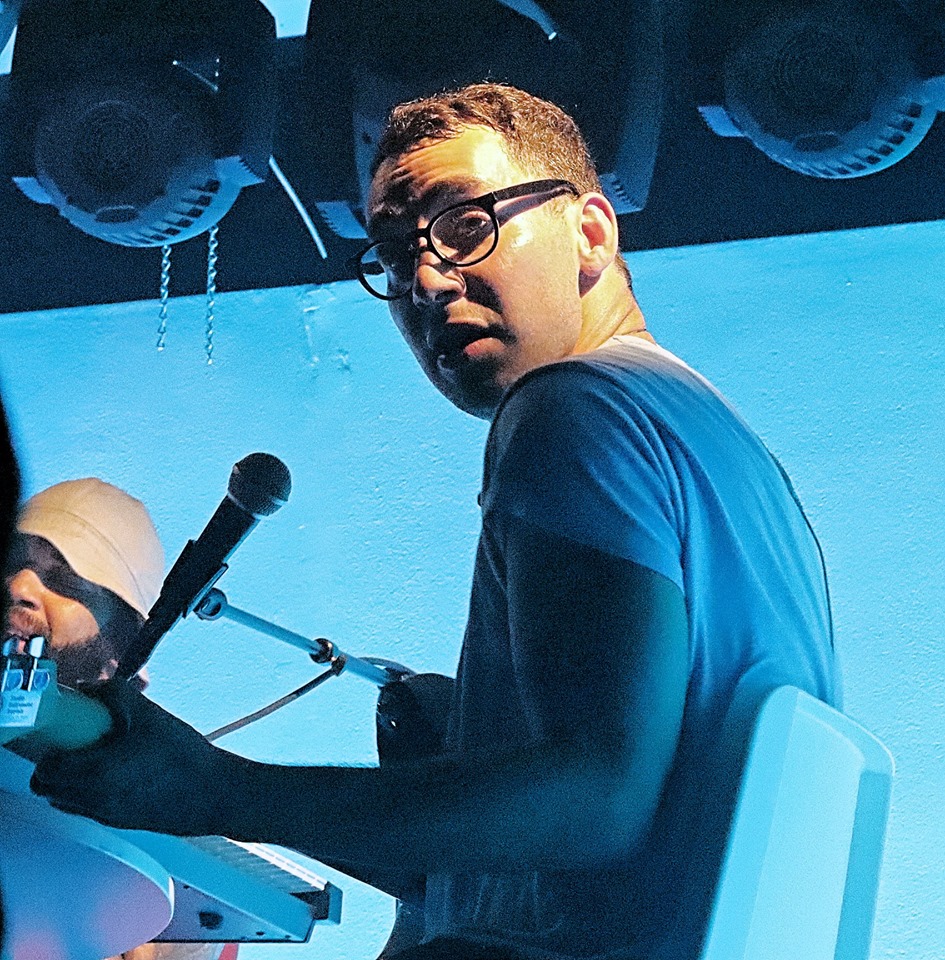 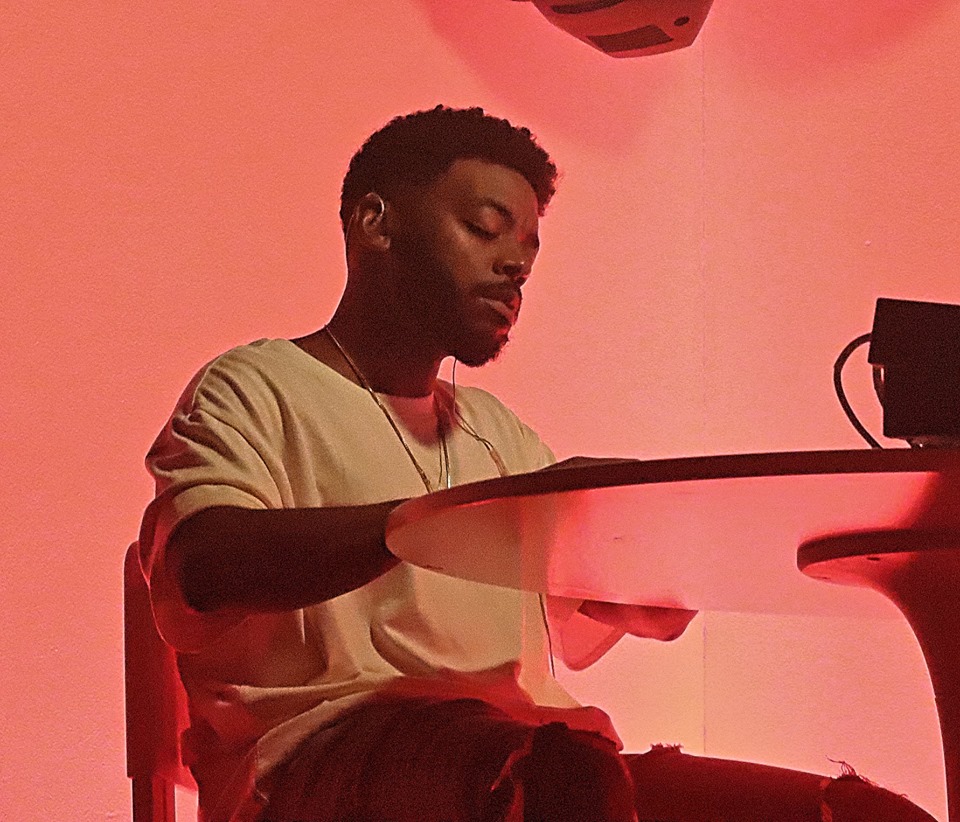 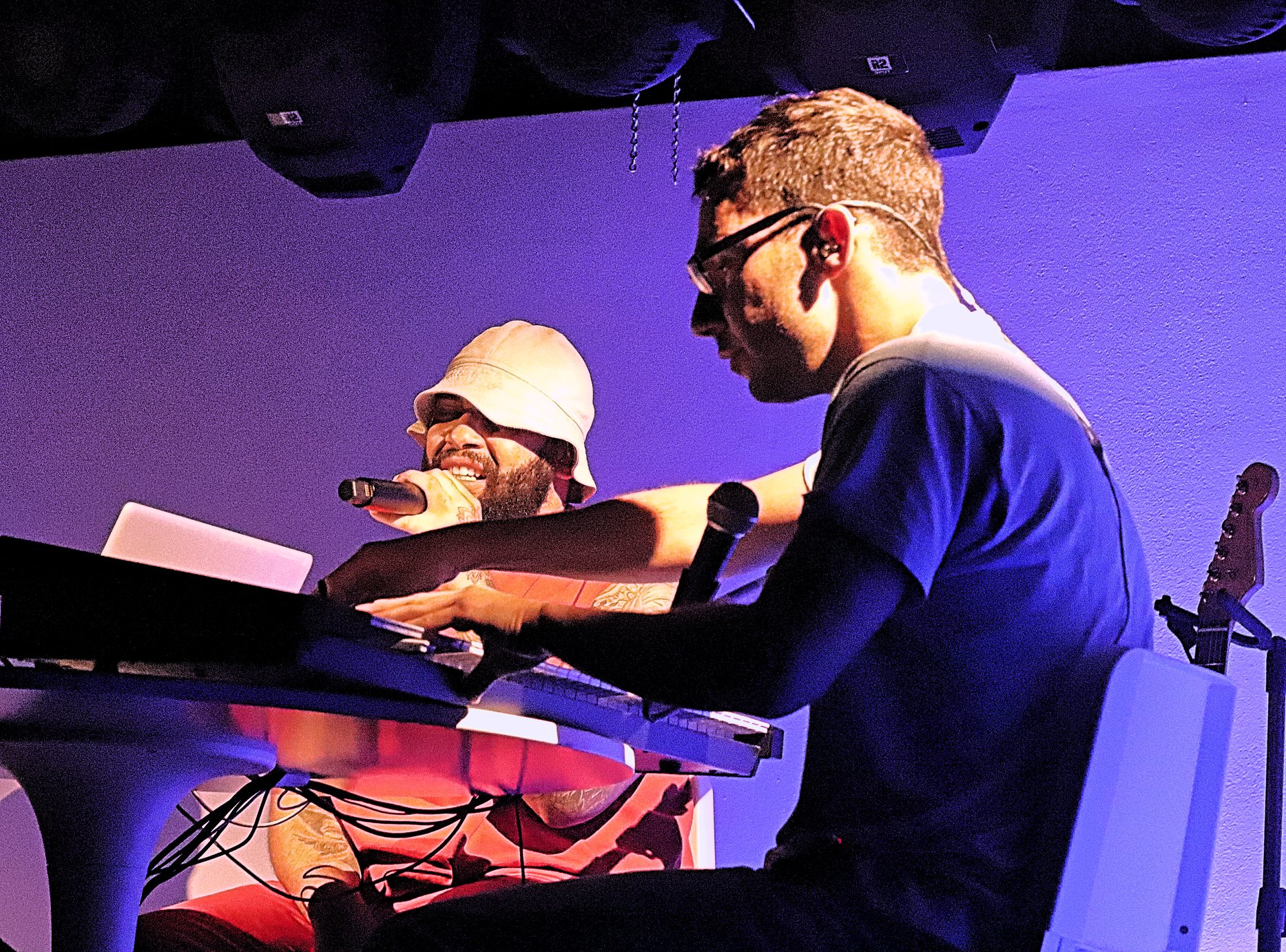 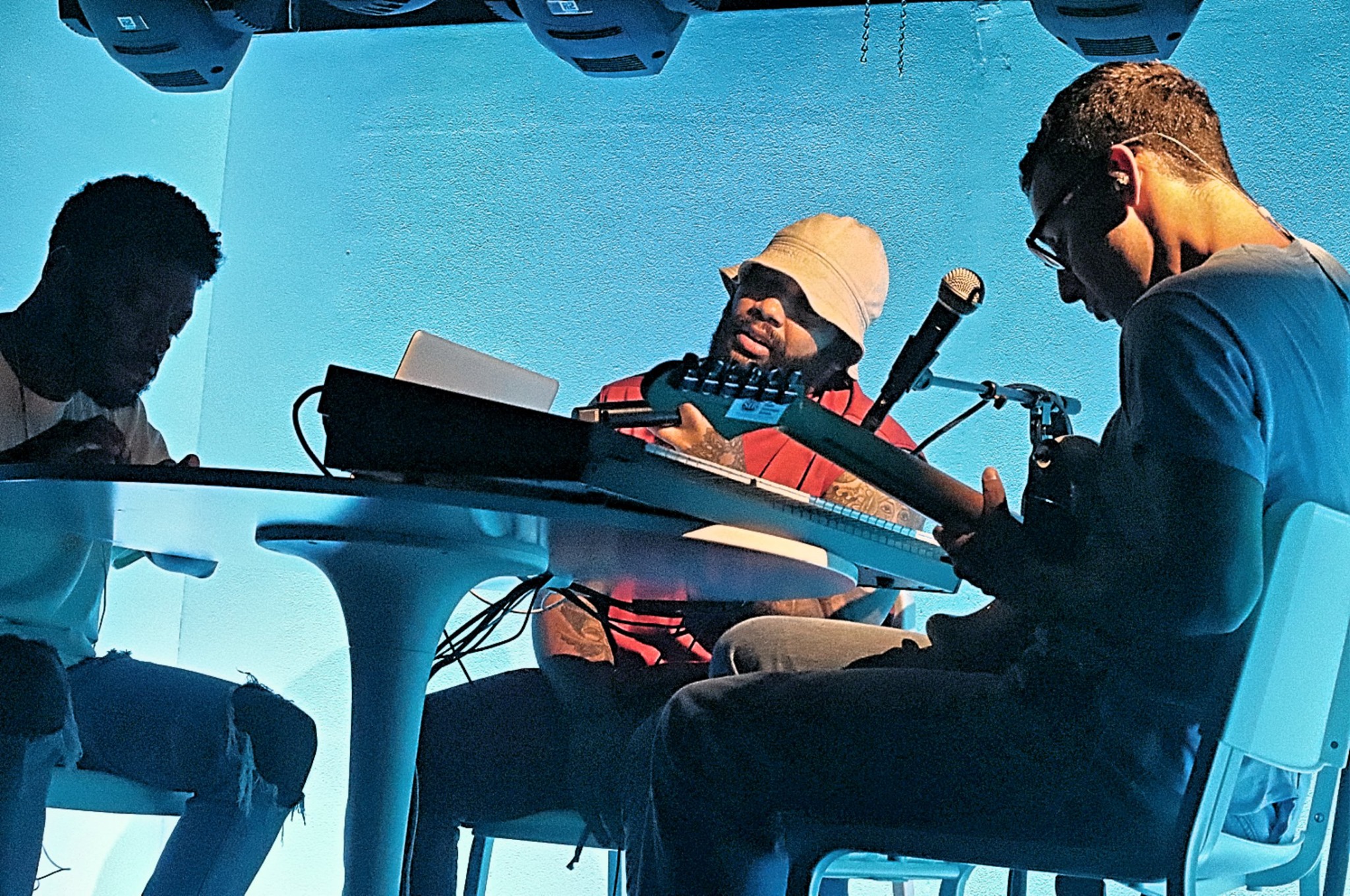 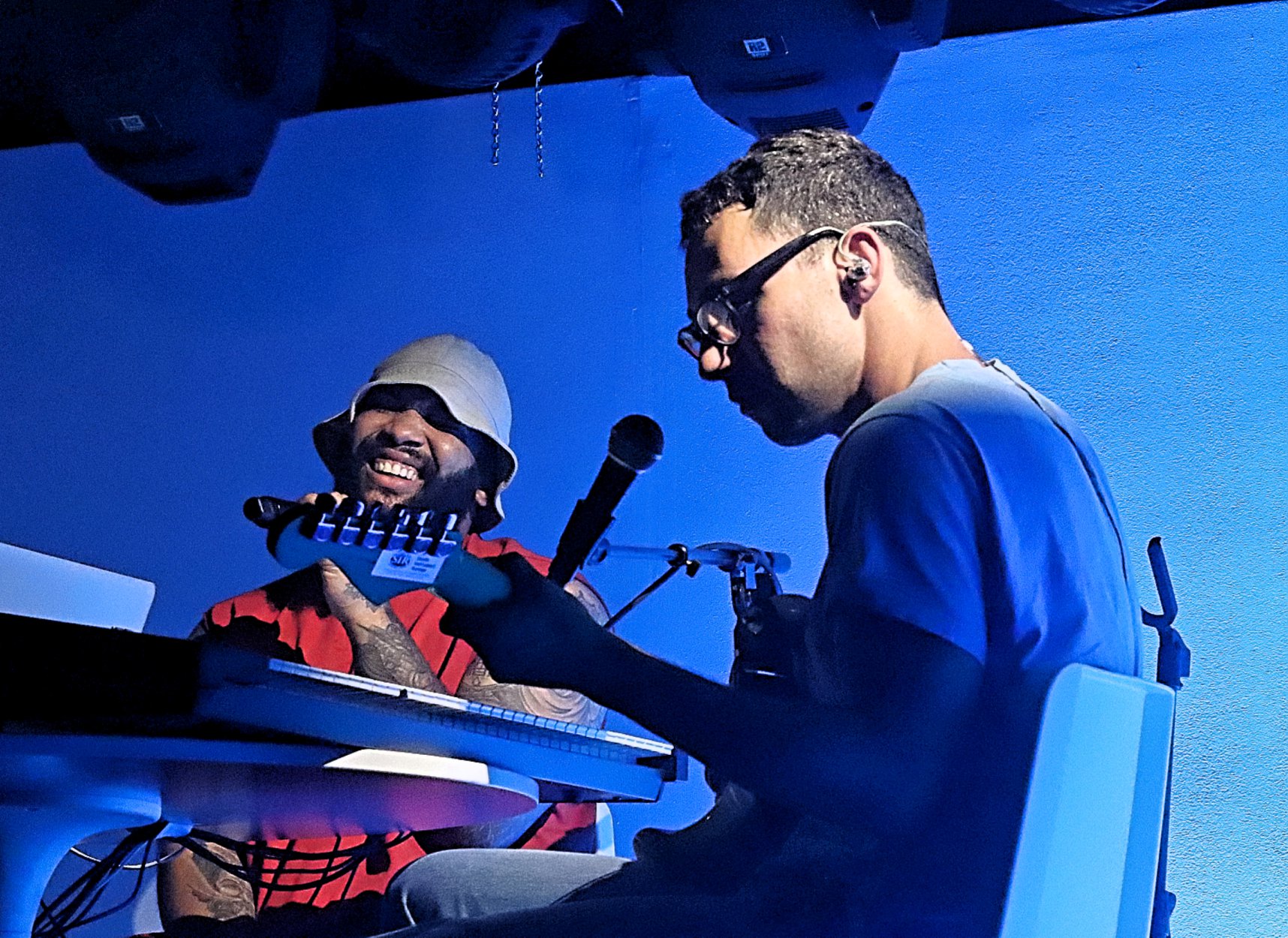 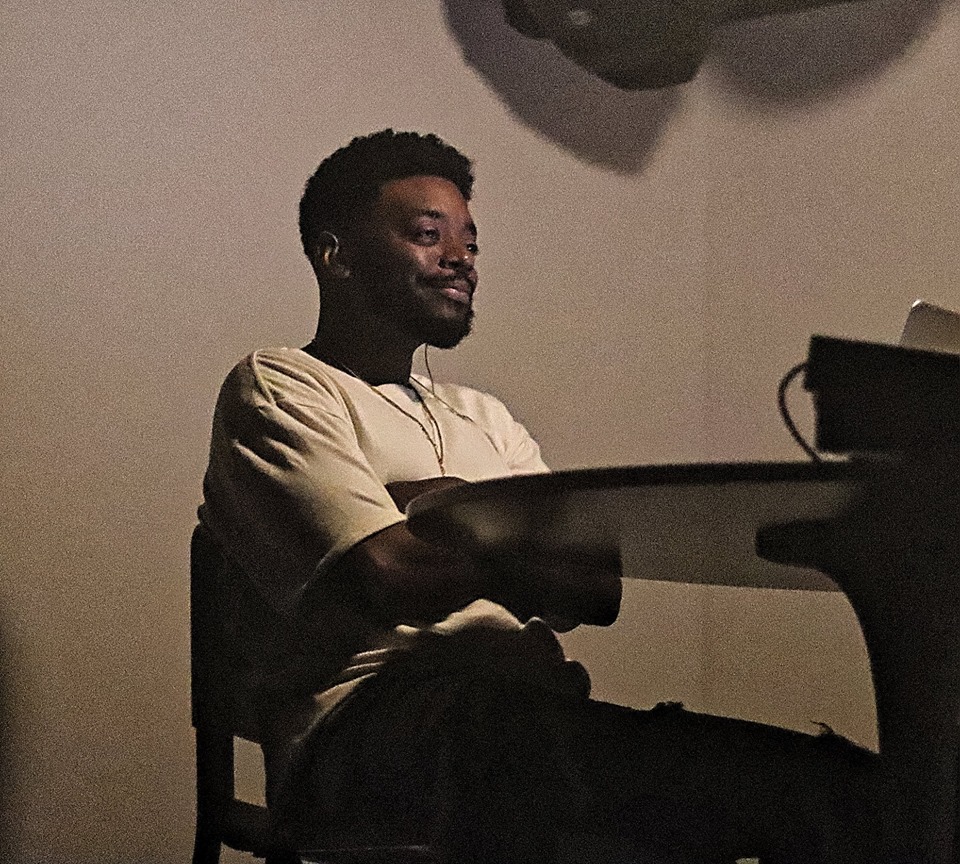 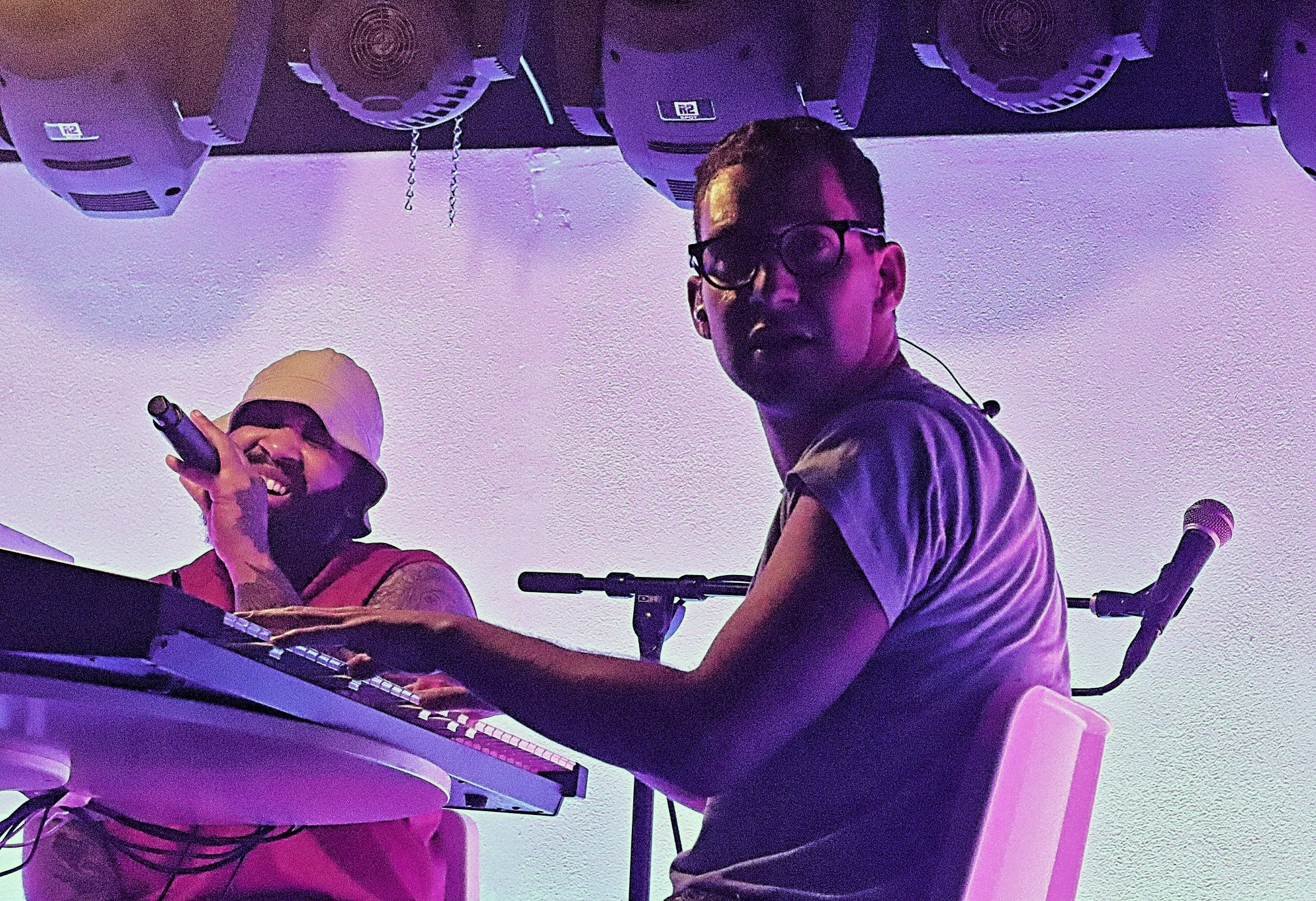 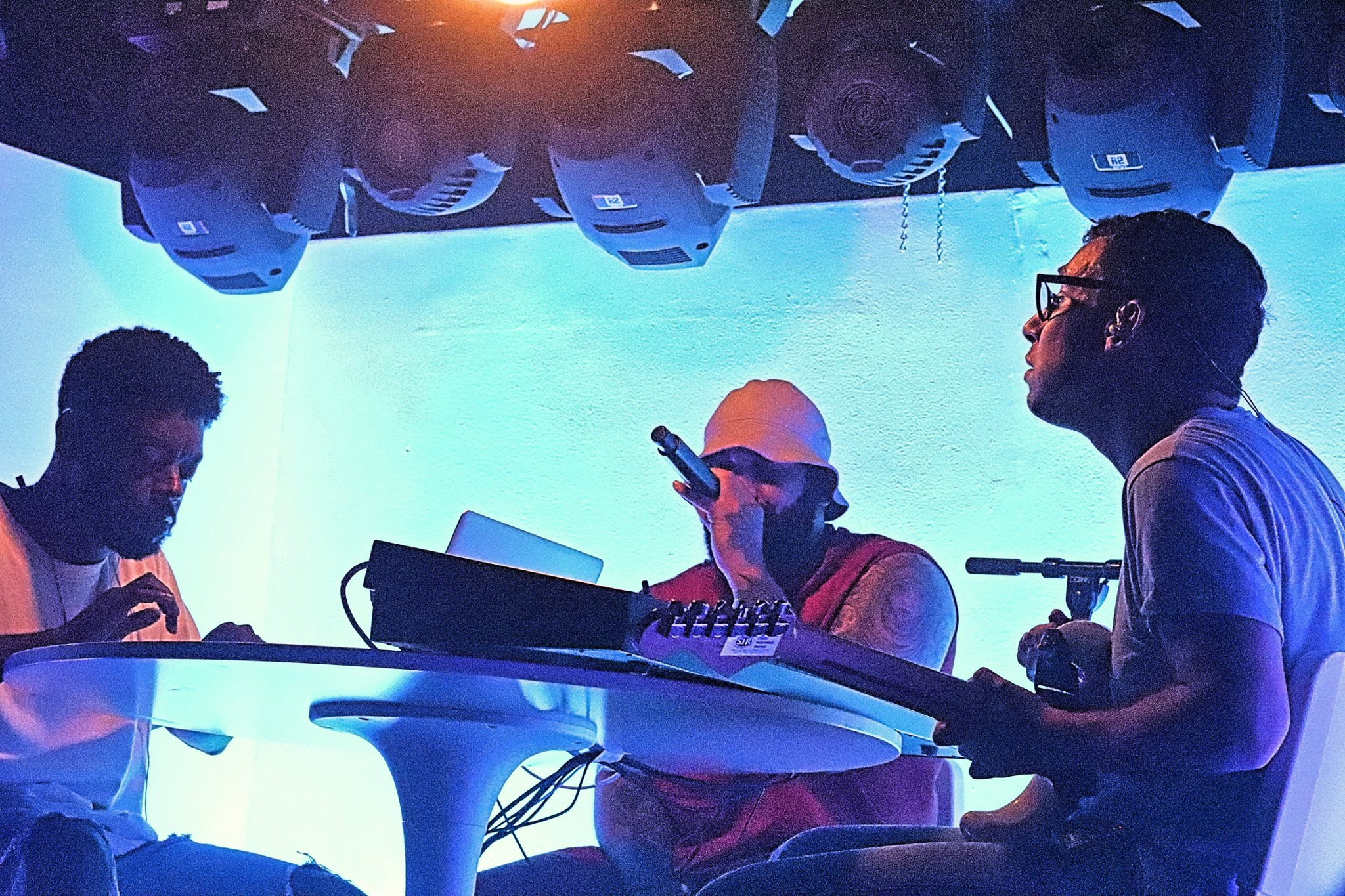 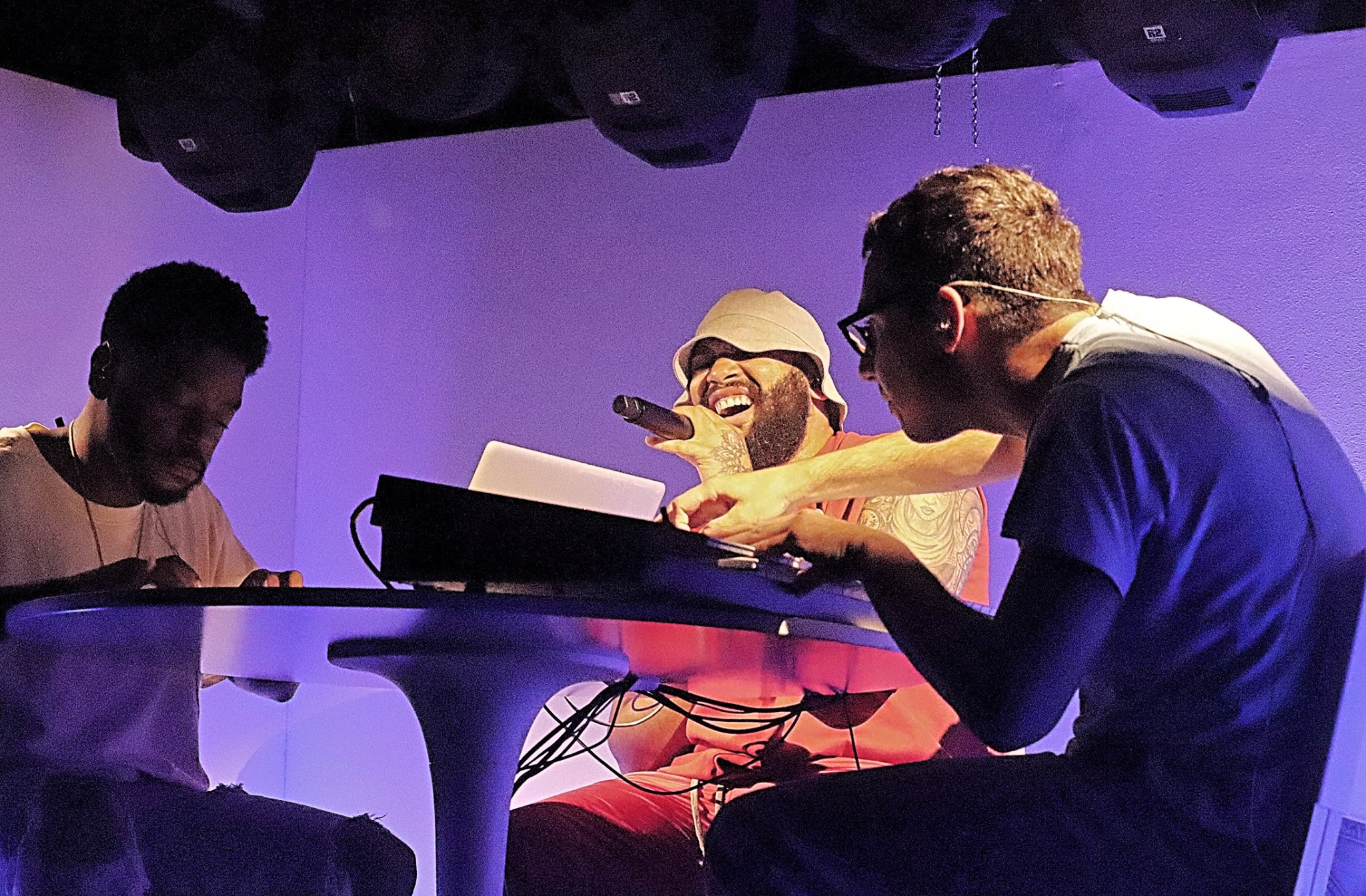 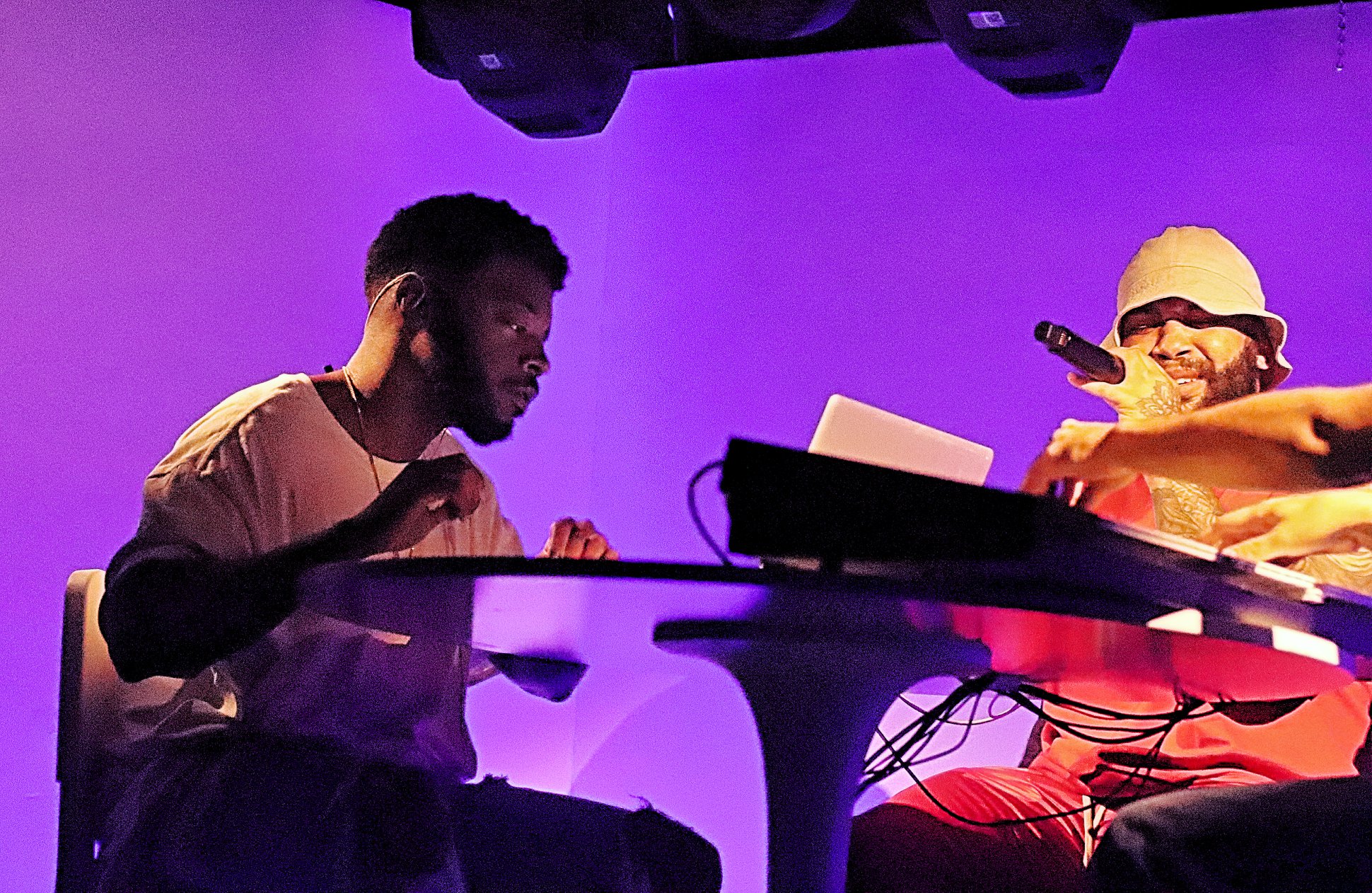 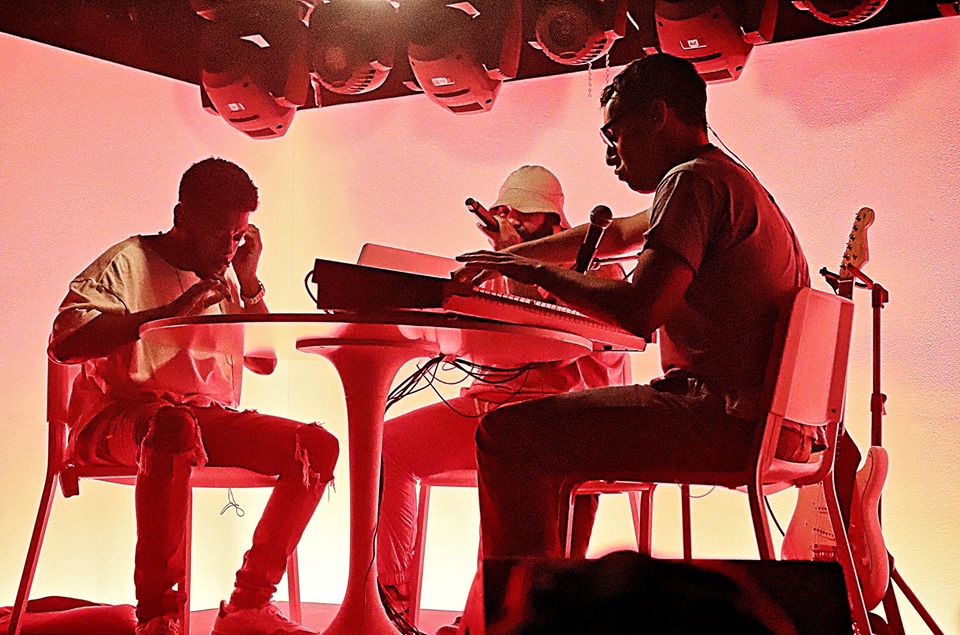