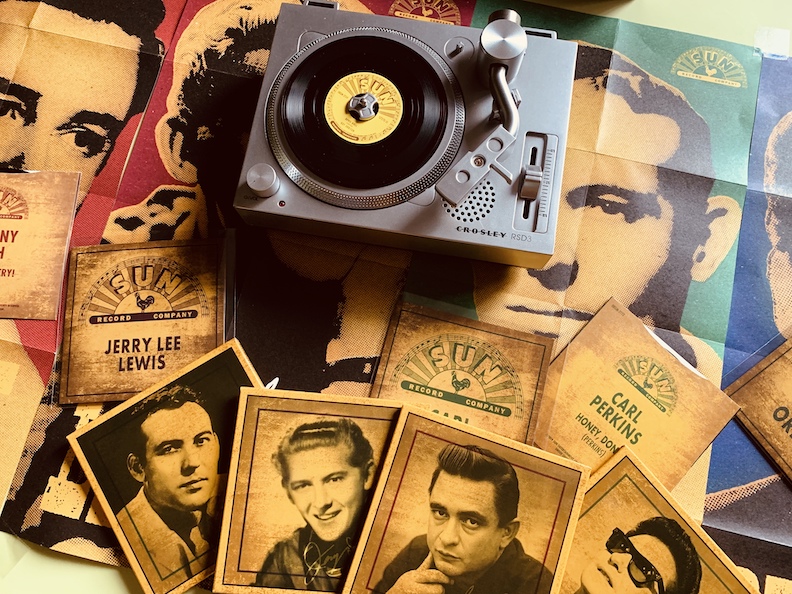 Sold separately, or as an instant SUN RECORDS collection

In 1952, Sam Phillips founded the legendary Sun Record Company and throughout the ’50s changed the course of music with artists like Johnny Cash, Jerry Lee Lewis and Elvis Presley. In 1969, Shelby Singleton, a music executive who, with his brother John, ran a stable of labels in Nashville, took ownership of Sun. The Singleton family continues to guide the legacy of Sun Record Company to this day.

To mark the golden anniversary of Sun Record Company’s move to Nashville with the Singletons, we’re happy to present this RSD3 special collection of iconic tracks from the Sun vault, sized just right for a hit of rock ‘n’ roll!

This 3” series for the RSD3 mini-turntable showcases four of the most iconic names in the Sun Record Company catalog, Johnny Cash, Jerry Lee Lewis, Carl Perkins, and Roy Orbison. Vinyl specialist label ORG Music collaborated with Sun Record Company to remaster the original audio for this unique 3” format, with the help of Dave Gardner at Infrasonic Sound. They enlisted visual artist Jonathon Kimbrell to design the packaging, which includes a unique fold-out poster for each single, in the iconic Sun Records style.

“I am so proud to have been able to work on various projects with the Singletons and Sun Record Company over the last few years and even prouder still that we get to offer music fans these super cool tributes to four of the men who did, in fact, create rock ‘n’ roll along with Sam Phillips and his beloved Sun Records label,” says Record Store Day co-founder Michael Kurtz. “Anyone who has read Peter Guralnick’s book, Sam Phillips The Man Who Invented Rock ‘N’ Roll knows about the famous address he gave to a group of record store owners and staff, myself included…

‘You people have to be the bravest people and the smartest people in the retail business, to compete with what there is out there today. And I really do have nothing against big business, but when it comes to something as intimate as music, something that has changed the face of this earth for better… to think the U.S. and the world would live without you people, I mean, it makes me cry. I know it is so tough, but there is nobody, NOBODY, smarter than you are. I can tell you that you have got something that very few of us have. That is brains. That is hard work. That is guts, and that is the attitude they’re going to have to whip my ass good before I give up. Now I do want to repeat this. There would be no Elvis. There’d be no Roscoe Gordon. There’d be no Howlin’ Wolf. There would be no Carl Perkins. There would be no Jerry Lee Lewis. There would be no Roy Orbison. I can just tell you that we owe all of that to the independents.’” –Sam Phillips

Sun Record Company RSD3 Series is set for record stores on October 18. It will feature:

Johnny Cash “Cry! Cry! Cry!”
Johnny Cash, born J. R. Cash, (February 26, 1932 – September 12, 2003) was a Grammy Award-winning American country singer-songwriter. Cash is widely considered to be one of the most influential American musicians of the 20th century. Cry! Cry! Cry! was originally released in 1955 as the b-side to Hey, Porter.

Carl Perkins “Honey, Don’t!”
One of the architects of rock & roll, Carl Perkins (April 9, 1932 – January 19, 1998) is best known as the writer and original singer of rockabilly anthem Blue Suede Shoes. Perkins was one of the seminal rockabilly artists on Sun Record Company, creating a body of work that has been both critically acclaimed and extremely influential. Honey, Don’t! was originally released in 1956 as the b-side to Blue Suede Shoes.

Roy Orbison “Devil Doll”
Roy Kelton Orbison (April 23, 1936 – December 6, 1988) was an American singer, songwriter, and musician, known for his emotive singing style, earning him nicknames like “the Caruso of Rock” and “the Big O”. Orbison was signed to Sun Record Company in 1956 by Sam Phillips. Devil Doll was originally released in 1957 as the b-side to Sweet And Easy To Love.

For more information on the RSD3 mini-turntable and past releases, visitrecordstoreday.com/RSD3

Artwork for the titles available at recordstoreday.com/RSD3 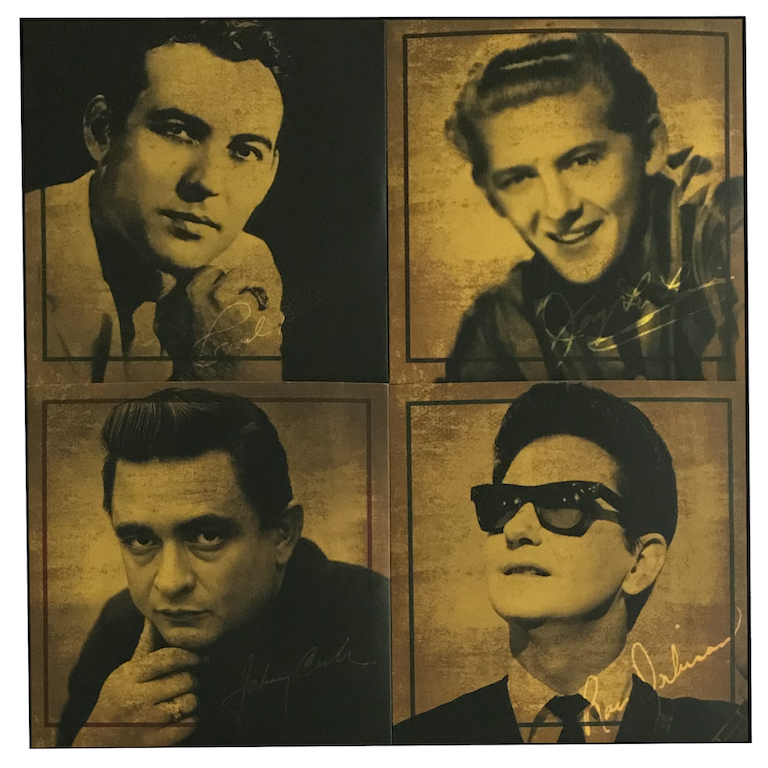