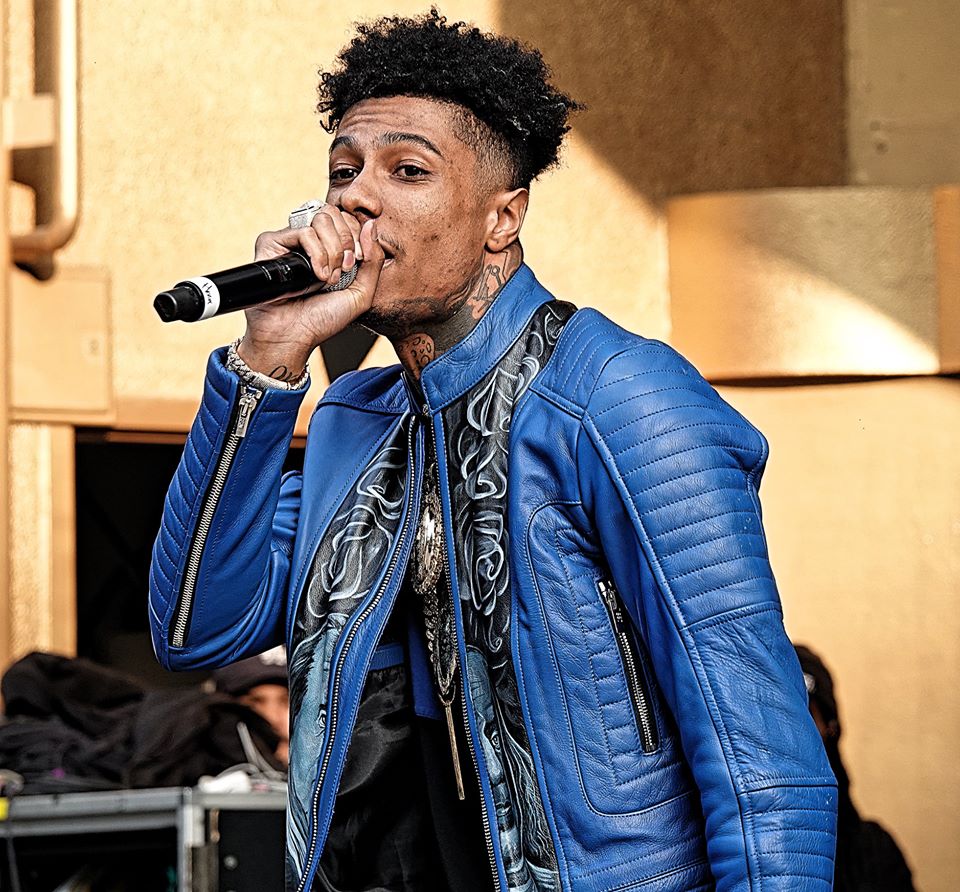 Blueface, one of the hip hop artists I saw during .Paak House last week, is in the middle of a controversy in Los Angeles. In a video circulating in social media, the rapper is seen on the top of a black Mercedes SUV, throwing cash from a bag to a crowd of homeless people. He effectively went to Skid Row, LA poorest neighborhood, and decided to give away money, tweeting ‘The season of giving’ as a caption of the video.

People immediately rushed around his car and tried to catch a few bills in the air or pick up some on the ground. Of course, the video didn’t trigger the reaction Blueface would have wished, and the rapper was heavily criticized in social media. Here are just a few samples, although the video got thousands of reactions, putting Blueface in the middle of a controversy

– Throwing bills in the air, watching the needy scramble on the ground for them. #degrading

– why not just hand it to them bro ?… Because they aren’t people

– It’s literally like going to a park and feeding geese or ducks some old bread….it’s hard to understand how people would pay good money to go watch a guy like this in concert. He doesn’t even value people.

– This is a gross flex. I’m sure there was a less degrading way to do this.

– This is the most vulgar thing I’ve ever seen.

– This is a disgusting way to flex on people that don’t have money. Why not just pass them the money like human beings instead of throwing it everywhere and making them fight and pick it up off the ground. Class warfare is real… these people are human being not animals.

There are thousands of these tweets, harshly criticizing the method the rapper used to give his money, which was judged very degrading and humiliating for these poor people. Obviously, the whole thing can be seen as a publicity stunt to get the attention and many many likes… the tweet was liked almost 8,000 times and retweeted 1.600  times… But there are two sides of the story, Blueface was actually giving his money to people in great need, let’s give him some credit for that, his heart may have been in the right place. Skid row is a total disgrace and is actually one of the largest populations of homeless people in the US. We seem to ignore this completely every time we go downtown… I see people having a good time in bars and restaurants, just two blocks away from this great distress.

At least, Blueface brought the attention to the forgotten population of Los Angeles, it may not have been the most sensible way to do it but, before throwing the first stone at Blueface, how much of your own money did you give to the homeless for Christmas?

The season of giving ? pic.twitter.com/paGrYB6WKo