Randy Edelman Feat. Chioma “How Could I Let You Go” Record Release Party @ Roof Top Sandbar Following “Around the World in 80 Minutes”

Back by popular demand join composer extraordinaire Randy Edelman on February 26, 2022 at 9:30PM as he presents “Around The World In 80 Minutes” at Chelsea Table and Stage (152 West 26th Street, NYC). This will be immediately followed by Randy’s Record Release Party Extravaganza located at The Sandbar on the roof top, the apotheosis of NY’s grace and swagger and more exhilarating at night then the most severe sunset. Located upstairs from the Chelsea at the same address, the party will be hosted by Tribeca Records via SohoJohnny. 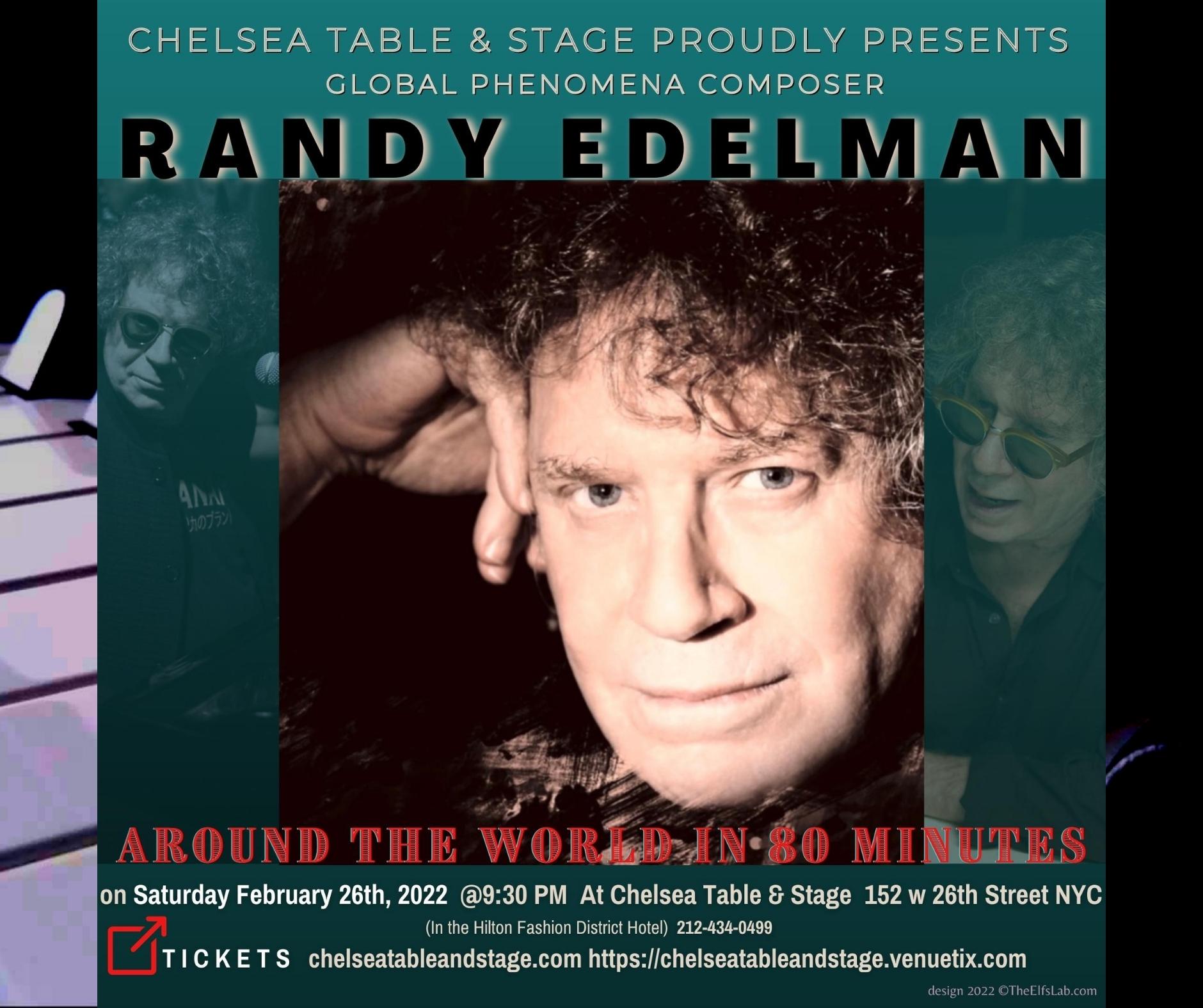 Randy Edelman will be unleashing his brand new pop/R&B single entitled “How Could I Let You Go” Feat. Chioma via Tribeca Records (a SohoJohnny Enterprise) on February 22, 2022.

Randy Edelman will celebrate the soundscape of his musical career with his sparkling and touching piano concert. He will be transporting his audience to echoes of the familiar with arrangements of his movie scores from “The Last of the Mohicans” to “My Cousin Vinny.” He will also sing his hit post pandemic anthem heard all over the world “Comin’ Out the Other Side” which was showcased in the live virtual Wonderama New Year’s Eve celebration at Times Square as a symbol of inspiration and hope for the welcoming of 2022.

Randy will also be sharing hit songs from his solo albums which possess some of the most sensitive lyrics on the planet, while he embraces versions of his songs that have been recorded by some of the most popular artists of today including Barry Manilow, Patti LaBelle, Olivia Newton-John, Nelly and others. As a storyteller, Randy will present some funny and tender anecdotes about his life experiences as well.

The opulence of piano couture Randy Edelman lies not only within his music compositions but also in the romance of his attitude, and the enchantment of the keys when his fingers glance at them often sounding like liquid mathematics, or perfumed smoke or operatic punk rock. His performances are powerful and emotionally charged leaving his audiences entranced and astounded. 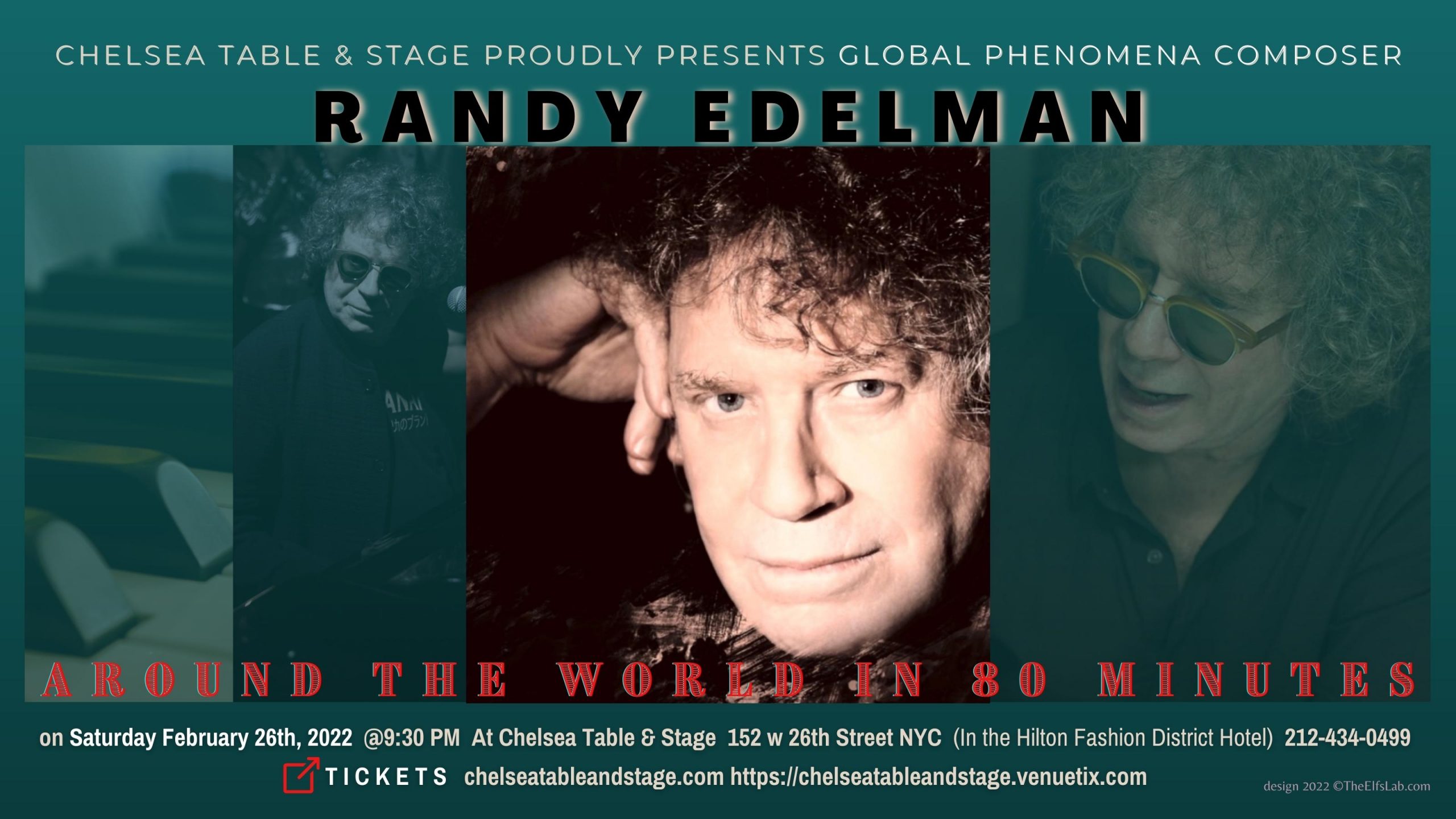 Chelsea Table & Stage is a unique venue and restaurant where every seat feels like the front row. Experience some of the best touring performers on the planet and an ever-changing culinary and entertainment line-up. The 120- seat venue features state of the art sound and lighting a 10-seat in-theater bar. The menu features American fare, a curated wine list, and specialty cocktails. Experience the Fashion District‘s destination for the ultimate NYC night out.