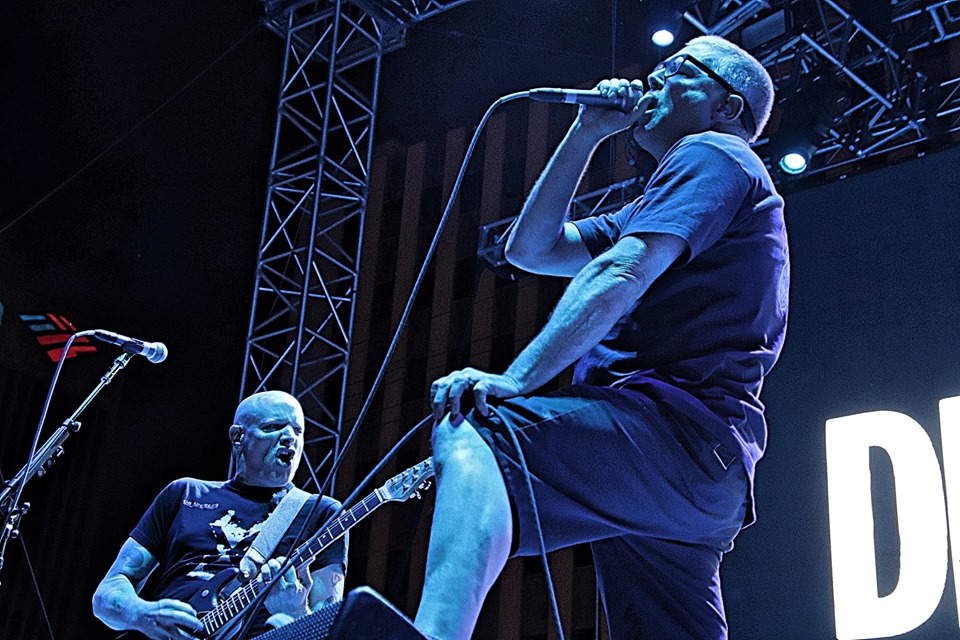 Punk Rock Bowling had so many bands playing this year, it was hard to keep up with that insane rhythm, and if I missed a few early acts, the all-female band the Darts rocked the beginning of my afternoon with a (too short) dynamic set and a few feminist songs, set to provoke the male audience, ‘Who need boys when you have batteries?’ screamed their frontgirl who was already messing up with her keyboard in a way that could have made every guy in the audience die of envy. The other remarkable all-female band, The Coathangers, played later in the afternoon, with a garage rock aggression, the three of them switching between vocals, guitar, and drums, while marrying the assaults with fun screaming and rage against the NRA.

The Drowns propelled the afternoon to another degree of optimism with a series of uplifting punk anthems sung with top-of-the-lungs harmonies, and stories about the working class, the merit of the punk community and no-more-saviors prophecies.

The Lilingtons and their forceful almost metal-inspired guitars were far less upbeat but no less powerful with their melodious head-banging songs, sung in loud harmonies, which made people hurl along with an inimitable fervor. A bit later, the young members of Grade 2, a band that was introduced by Rancid on Saturday night, were channeling their UK oil! punk heritage with shouted harmonies, pure youthful anger and a sort of fast military delivery.

It was impossible to ignore Steve Soto’s absence during Adolescents’ set, as a large red lettering SOTO was left as a background during their entire set, which was filled with an Orange County unapologetic and aggressive hardcore. Whipped by fast drumming, they delivered a ferocious set with an enraged vocalist Tony Reflex, who did interrupt the raucous set for a few minutes to praise Shawn and Mark Stern, the brothers behind BYO Records and founders of Punk Rock Bowling.

Drug Church were a triumphant headbang with a charismatic frontman launching heavy hooks with nervous ready-to-break-down moves. A few minutes later, it was nice to see Fucked Up’s familiar faces, with frontman Damian getting crazy with the crowd as usual and hugging many fans after his set with warm ‘Thank yous’. It didn’t prevent him to scream along with the band’s hardcore aesthetics, marrying many genres and including even more harmonies than before.

The Vandals’ fans were there for the band’s juvenile humor and their sloppy low-fi diarrhea, as their set sounded like a comedy act with clownish humor, a perfect match with the following act on the other stage, Sloppy Seconds and their hyper-joyful anthems, which sounded so good they could have been the poster-songs for a wild drunk party.

This happy hour was interrupted by Refused’s brutal set and some lyrics that never lie about the true nature of punk. The Swedish band had to be the real rock stars of the day, as there was something radically different and elegant about the way they looked and conducted themselves, contrasting with the rest of the bands, ignoring the working class kaki shorts, mohawks or shaved heads. Suit-wearing frontman Dennis Lyxzén was restlessly doing his legendary aerial leg kicks while screaming his anger, turning the set into an athletic exercise, while still staying hyper-aggressive. They gave us the obliged political moment, ‘if you give me a microphone, I will say shit that matters’ said Lyxzen who talked about revolution, rebellion, killing fascists, the US war against women and Trump: ‘From Sweden it does not look good’, Oh Dennis, did we really need to be remembered? Refused may have been the only ones who did interrupt their set for that long political interlude during Punk Rock Bowling as if the lyrics of ‘The Shape Of Punk To Come’ or ‘New Noise’ were not enough!

With Street Dogs we were back to the old punk genre with fighting songs and a frontman jumping in the pit at the sound of a very enthusiastic rising-fists crowd, while Sunday night was headlined by Descendents and their punk humor. The Californian band stayed true to its cheeky juvenile nature, singing about how everything ‘Sux’ including their dad, and a series of songs reflecting their down-to-earth commitment to eternal adolescence, with no flashy musical effects, just plain poppy hooks or more punk aggressive moments. With simple preoccupations such as family ties, food, coffee and getting older, wrapped by sincere youthful anger, these 50-something guys could have reflected the main preoccupations of the Punk Rock Bowling crowd. 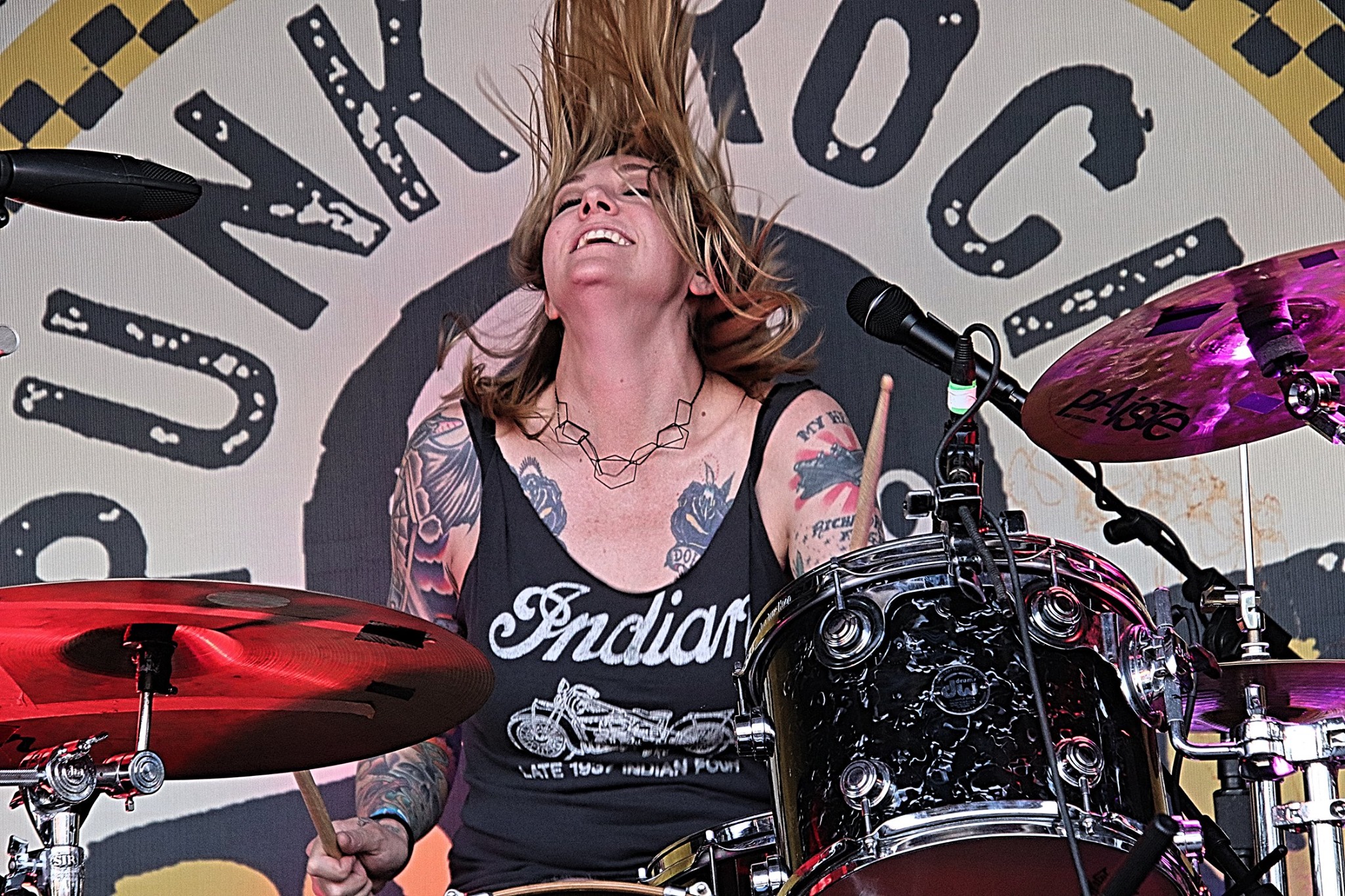 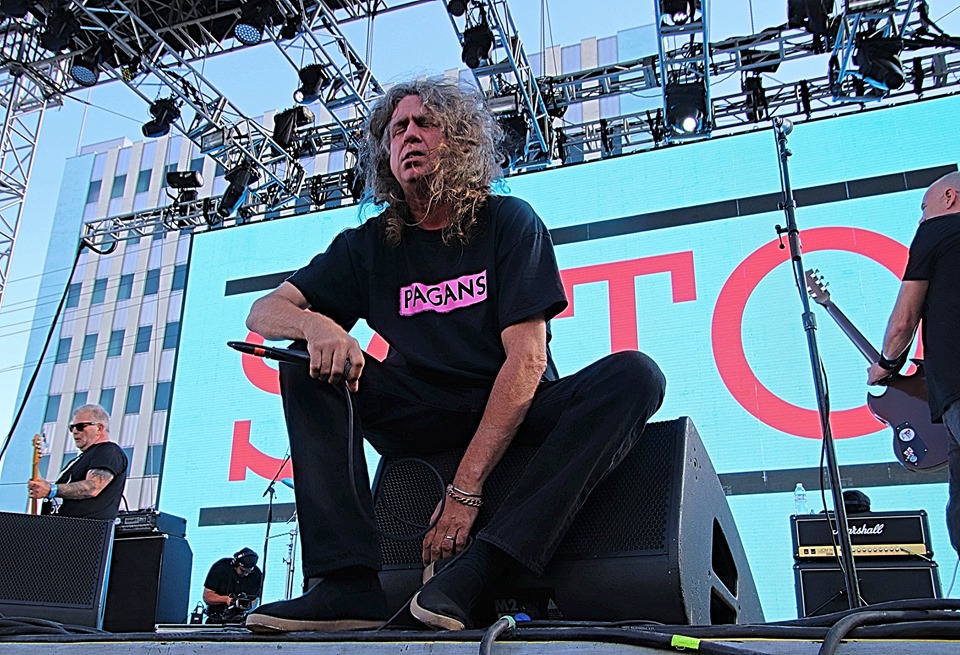 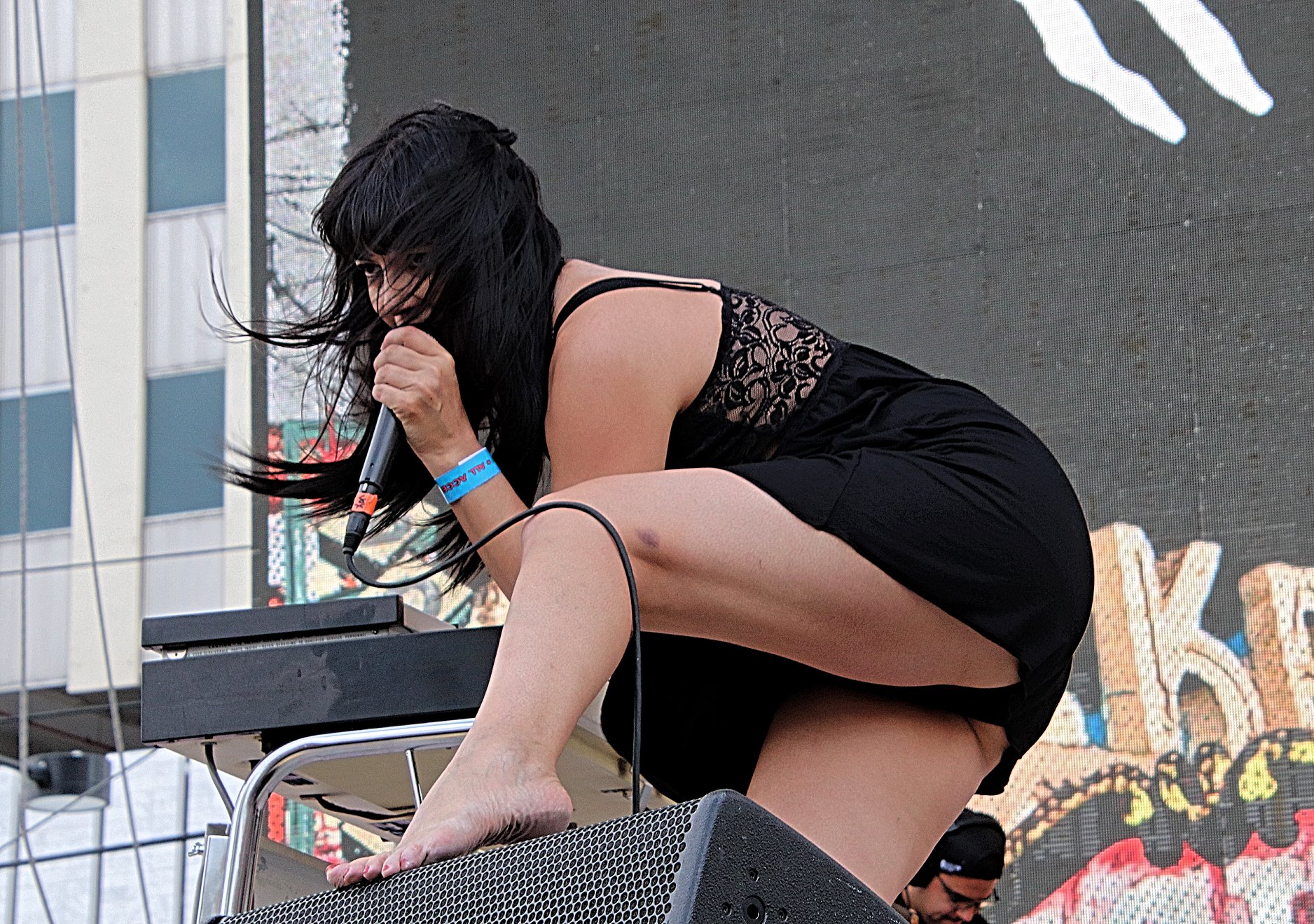 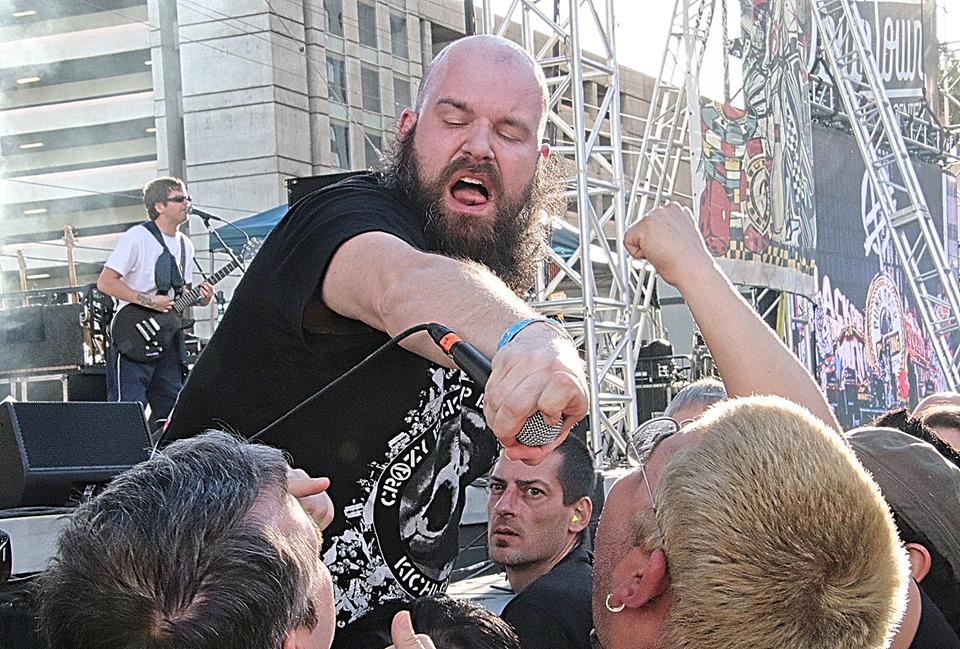 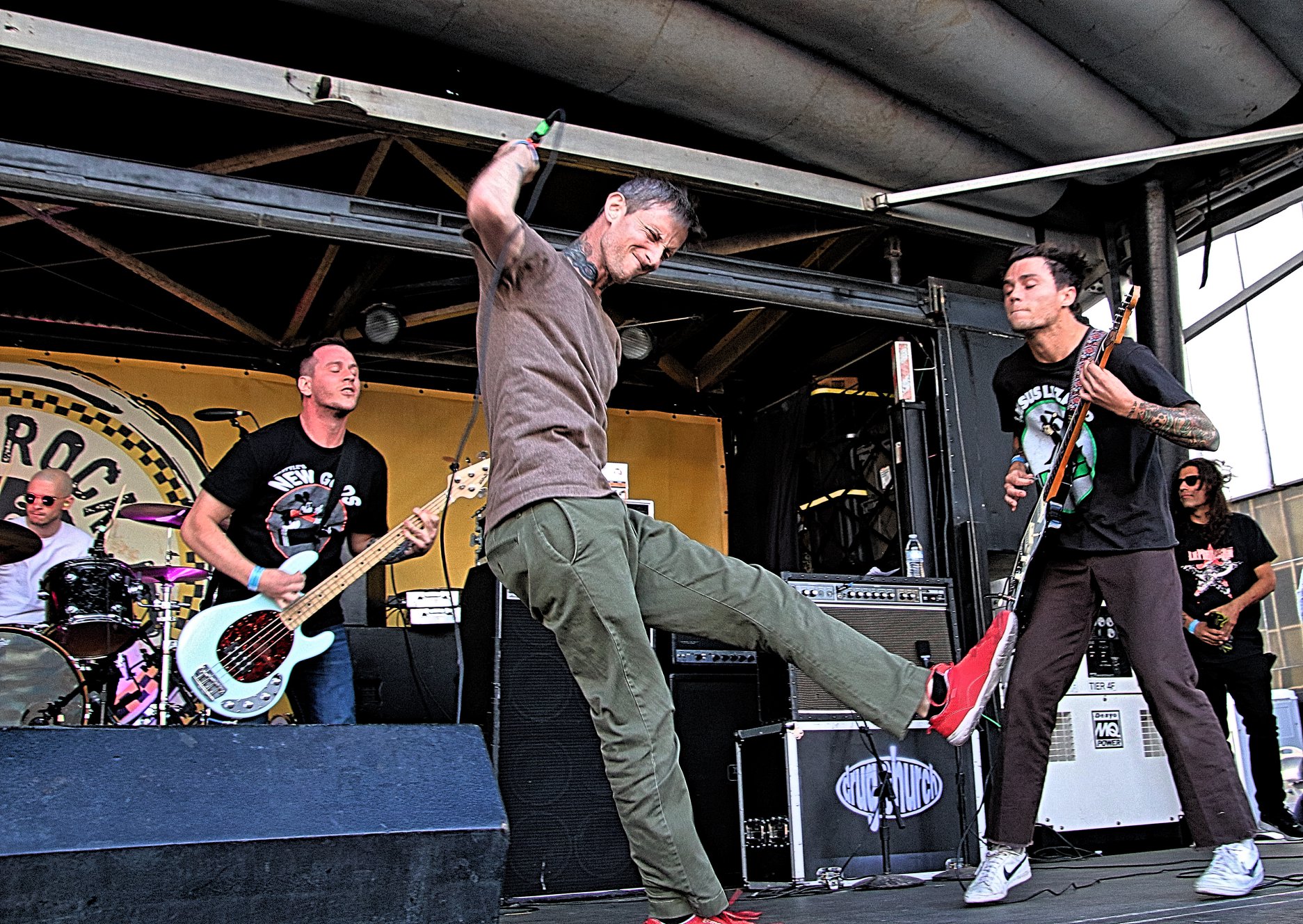 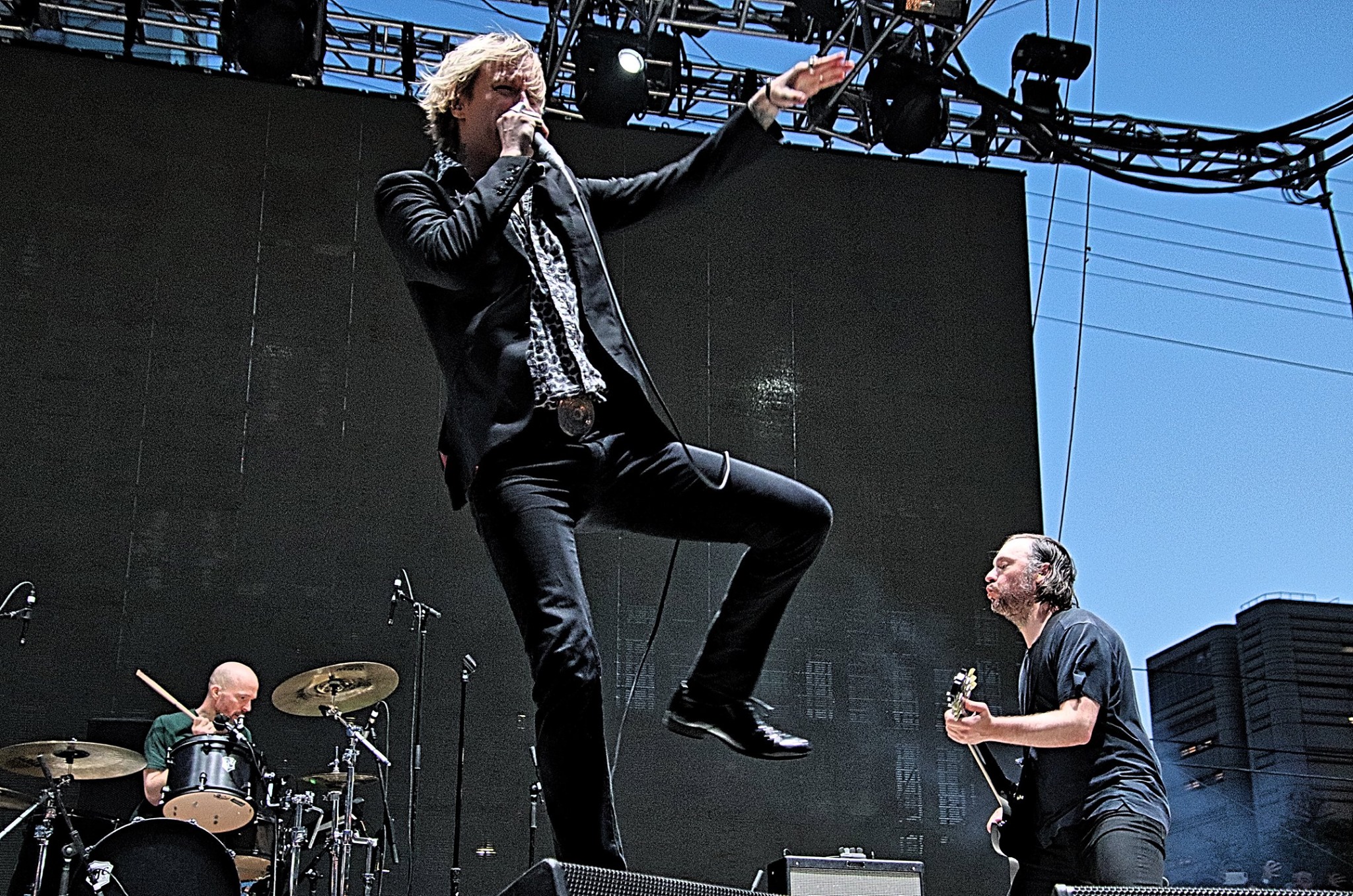