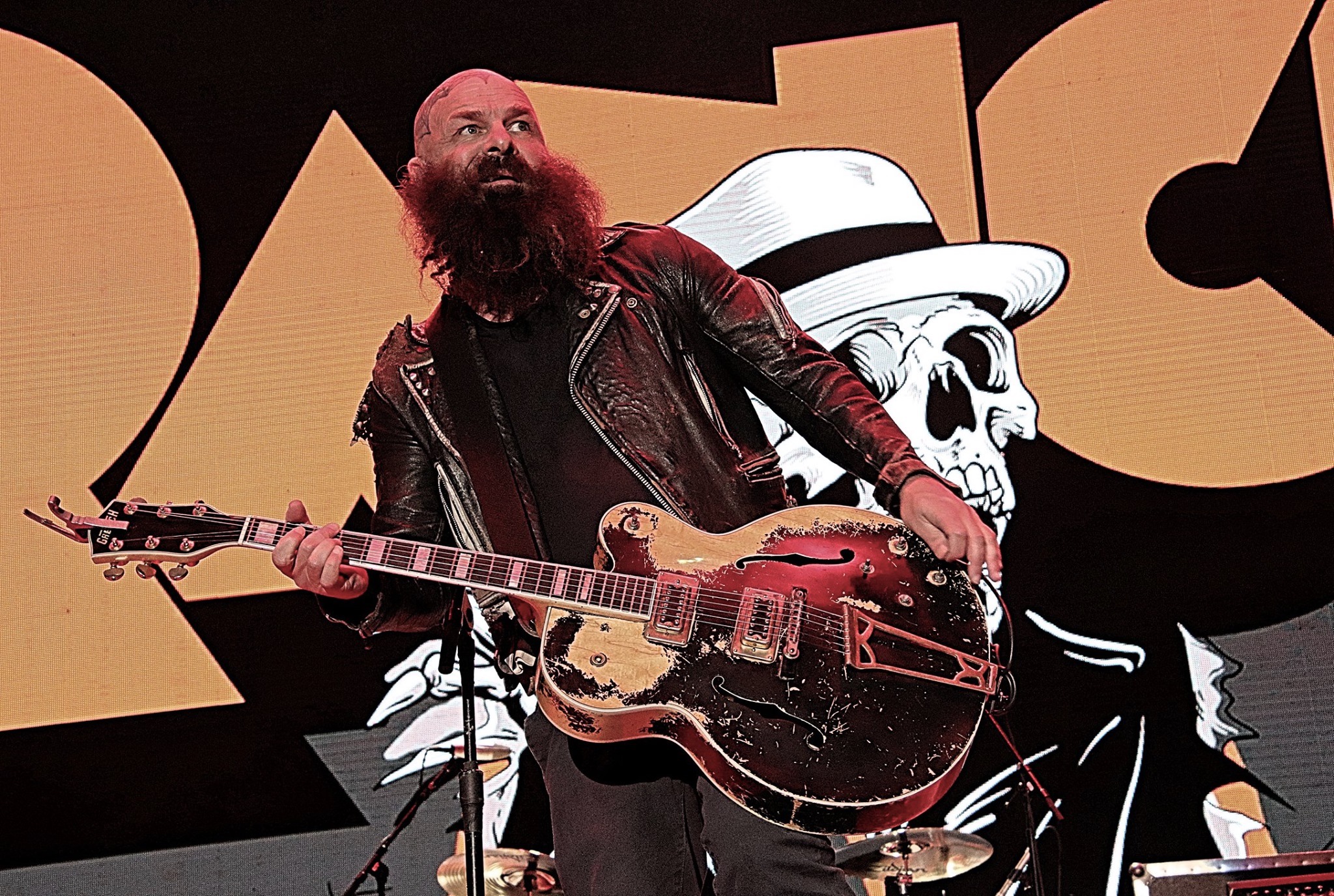 Punk Rock is for all ages, punk rock is old, punk rock is young and old, as old as 69-year-old Lee Ving, the singer of Fear, and as young as the little toddler wearing a Mohawk I saw moshing with his mother on Saturday afternoon.

Every year, punk rock invades Las Vegas for Memorial Day weekend and the crowd is as (or even more) colorful as the people on stage, a testimony of the true punk rock spirit still fully present in Vegas.

Punk culture is wildly alive around the Fremont experience blocks, and if you don’t need to wear a Mohawk to be a punk – punk is an idea, punk is a state of mind – many people nevertheless want to wear their best punk-y outfits, and feel the punk spirit from head to toes, with blue, red, green, yellow Mohawks, patches and studs all over their torn down denim jackets, and regrettable tattoos barely leaving a piece of naked skin untouched. Punk Rock is old and dead but nobody got the notice and nobody wants to bury it.

The Punk Rock Bowling celebration this year was on two stages for three full days and Saturday was headlined by Flag, the last reincarnation of Black Flag with Keith Morris, Chuck Dukowski, Bill Stevenson, Dez Cadena, and Stephen Egerton, followed by Rancid, the beloved punk veterans. ‘We should have played last’ said Keith Morris, maybe as a joke! Flag’s set was a joy for all these Black Flag fans, from ‘I Don’t Care’ to ‘No More’, ‘Gimme Gimme’, ‘Wasted’, ‘Rise Above’, ‘Six Pack’, ‘Damaged’. And if Dukowski seemed to have the time of his life, acting like a kid raging through the rows of a toy store, the crowd went nuts and furious, with plenty of crowd surfing, and it didn’t matter that these songs were written in the ‘80s.

Punk rock comes under many brands, and females were well represented with the tiger fury of Turbulent Hearts fronted by Suzi Carmichael who took a ride in the middle of the crowd on the top of a giant’s shoulders, or the Droogettes and their Oil! old-school screams or the youngster Maid of Ace with a pure adrenaline-fueled set. Besides these three bands, it was testosterone at the top of testosterone, with a few Ska-inspired exceptions like the dynamic Skints, and their dub-ska which sounded like an updated version of the Bad Brains reggae with a rap delivery, or the fun and exotic sunny Pietasters who could even turn all soulful Van Morrison on us.

The day was filled with a non-stop series of bands, diverse and loud, from the snappish bouncy Informal Society to the uplifting drinking anthem songs of Dog Company, the rockabilly surf guitar touch of The Split Seconds and Perkele’s sing along oil!, or even the classic punk of Lower Class Brats and a vivid ’70s imagery. Belushi’s favorite band Fear still had the right attitude to bring us at the edge of chaos, and the melody-driven Damned played their macabre psychedelia but covered garage rockers MC5. The punk-to-the-core Casualties were in full destroy-everything mode just before Rancid who owned the rest of the night with Tim Armstrong’s guitar jumping dances. With their scratchy sing-alongs and their heavy tattooed working-class aesthetic, Tim Armstrong, Lars Frederiksen, Matt Freeman, and Branden Steineckert closed the first day of Punk Rock Bowling with the right note and catchy choruses, their look and attitude were there to remind us that, much more than a regrettable neck tattoo, punk rock is a way of life. 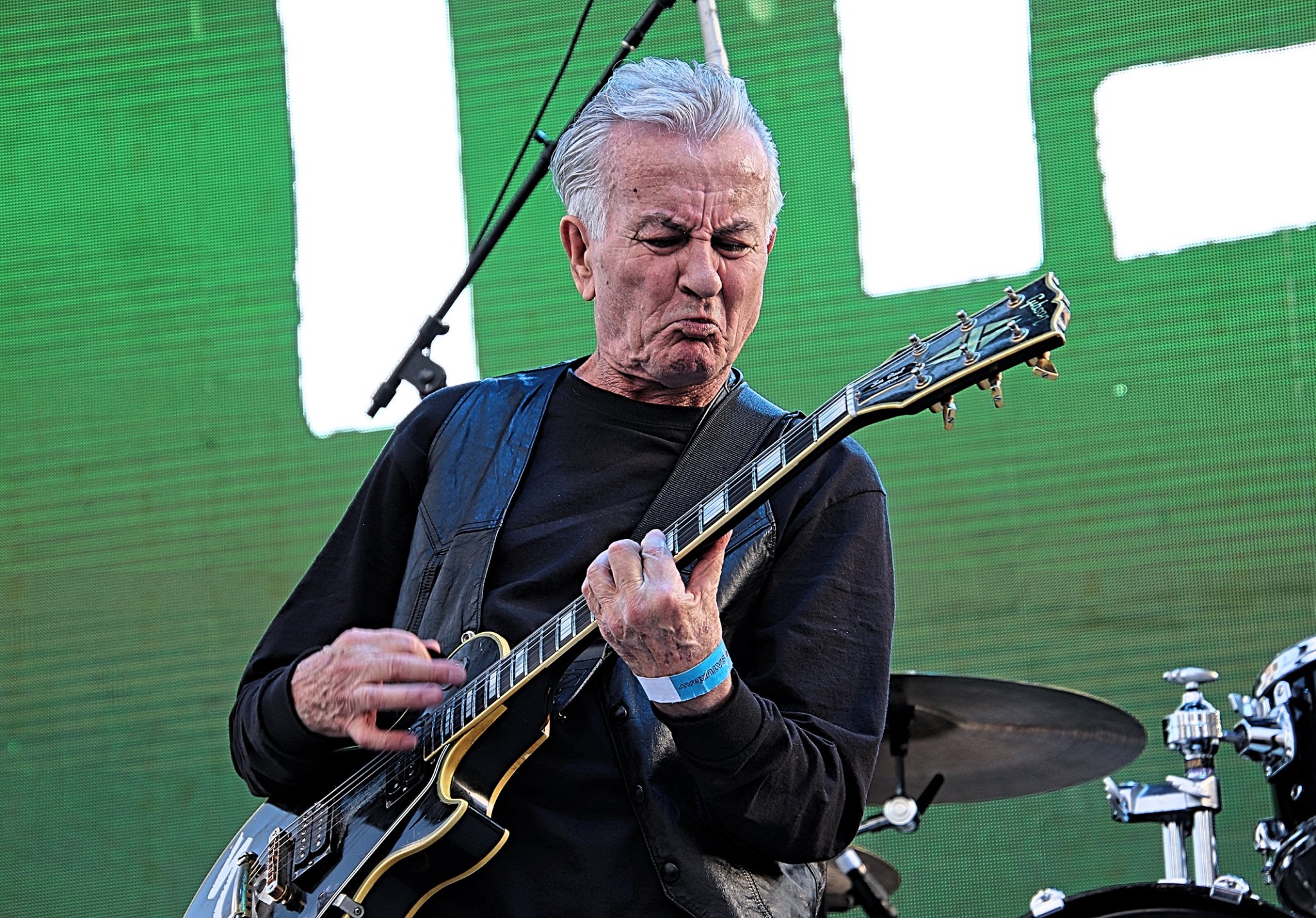 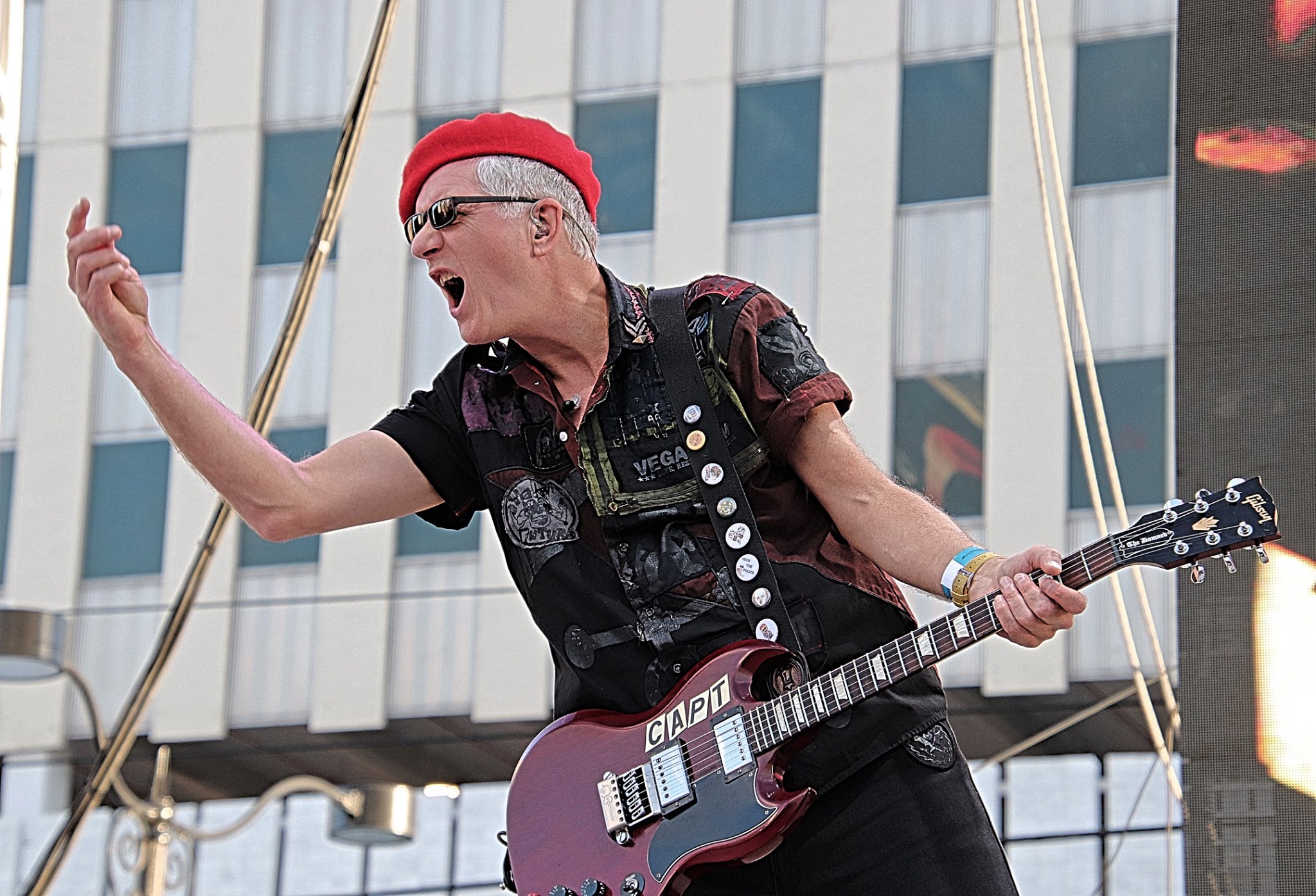 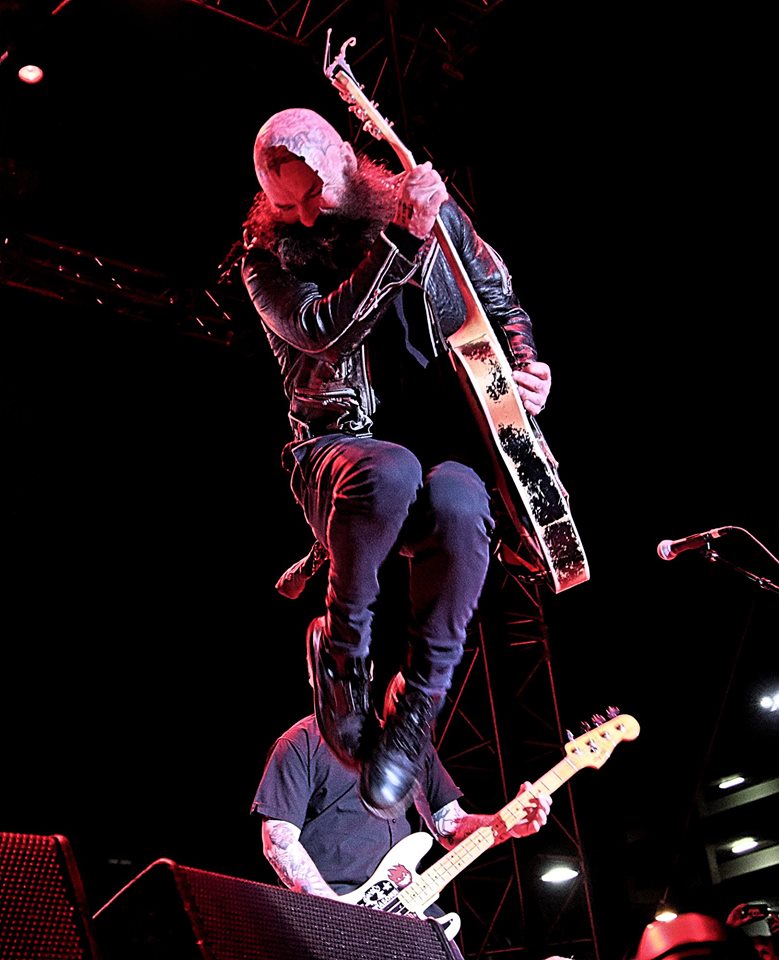 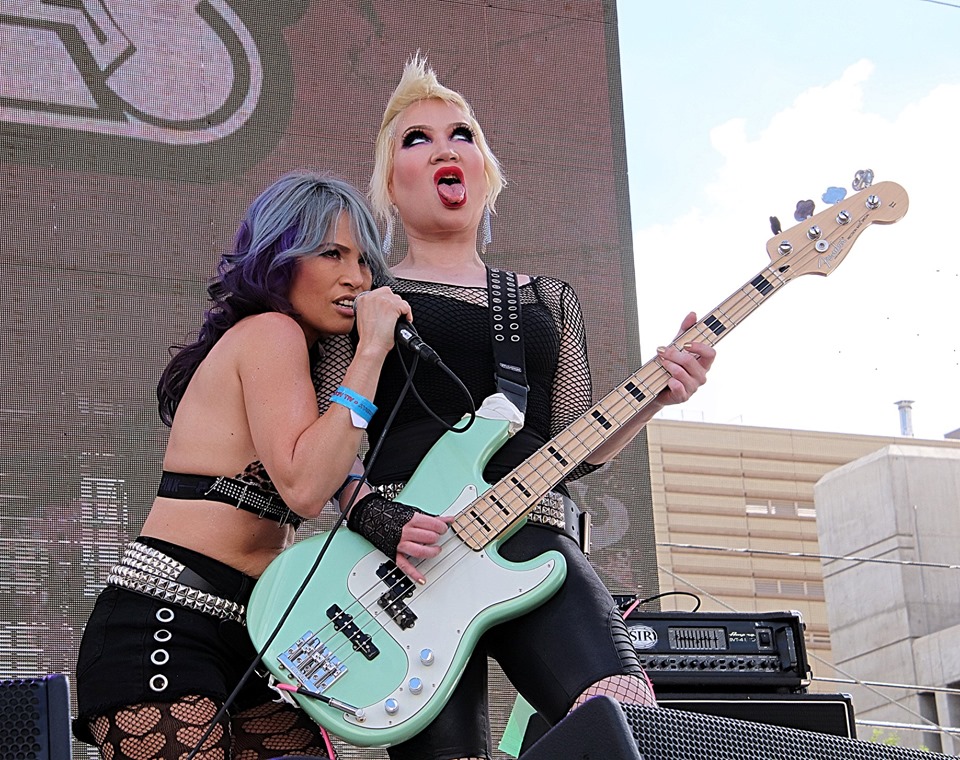 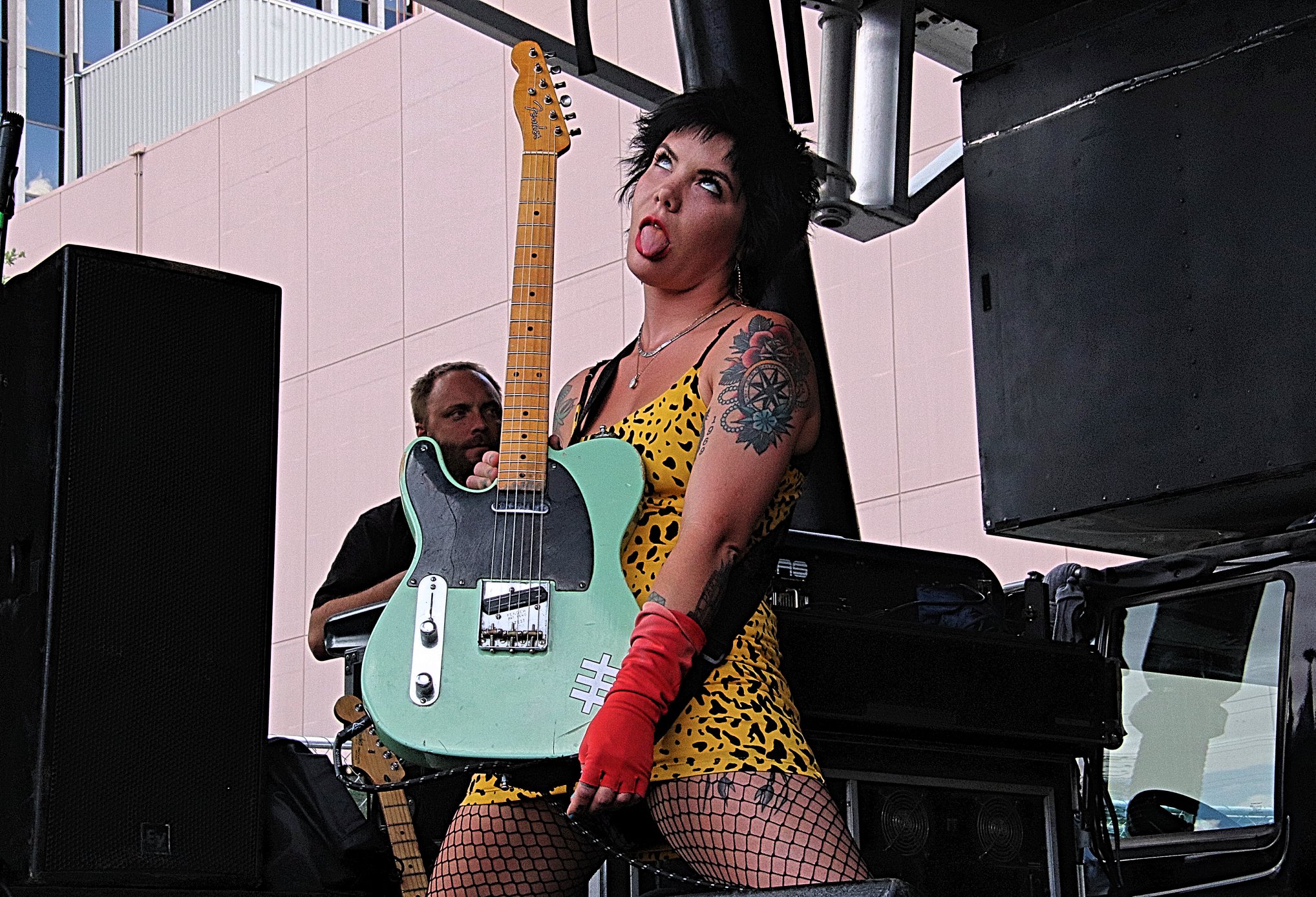 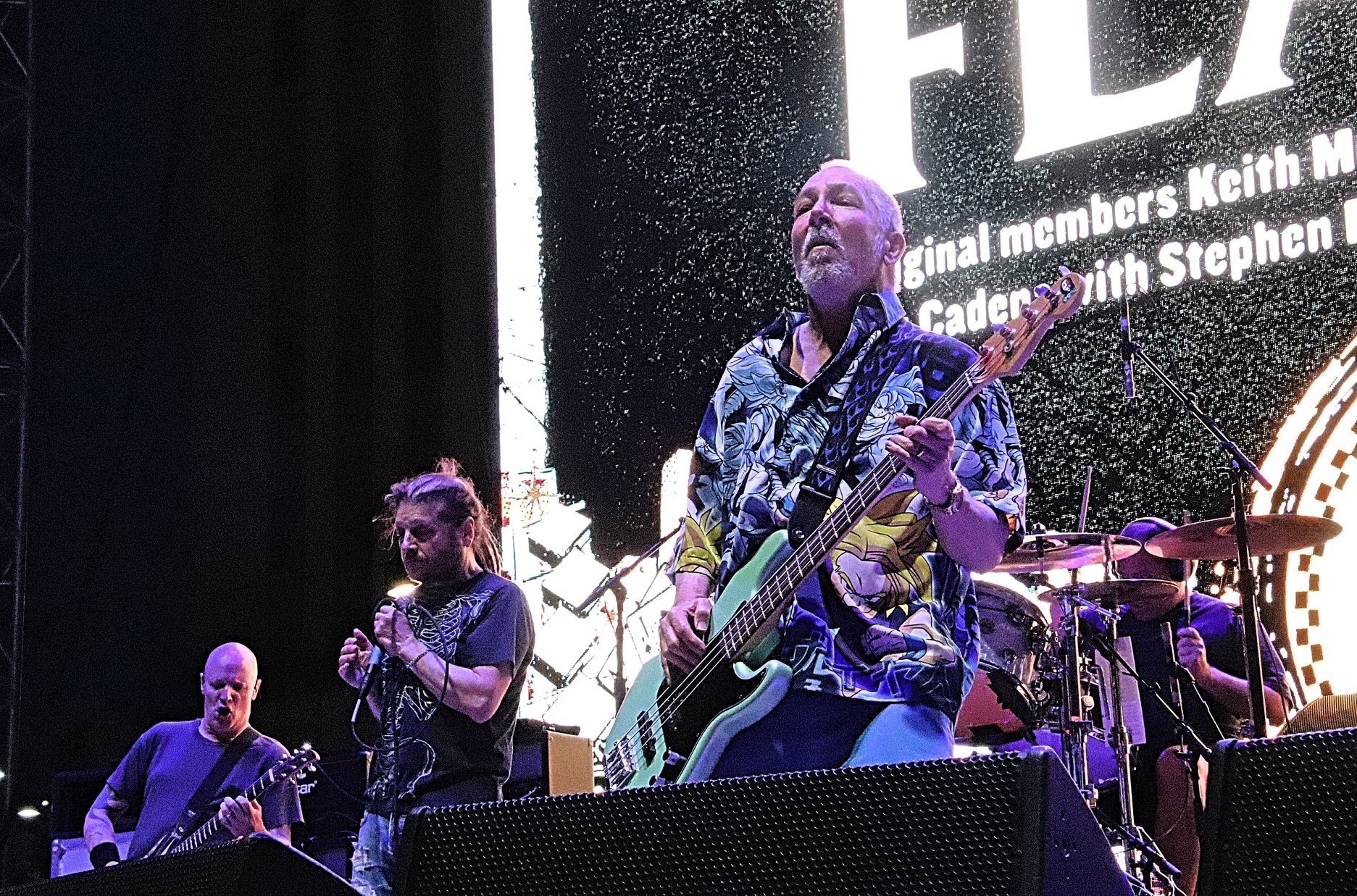 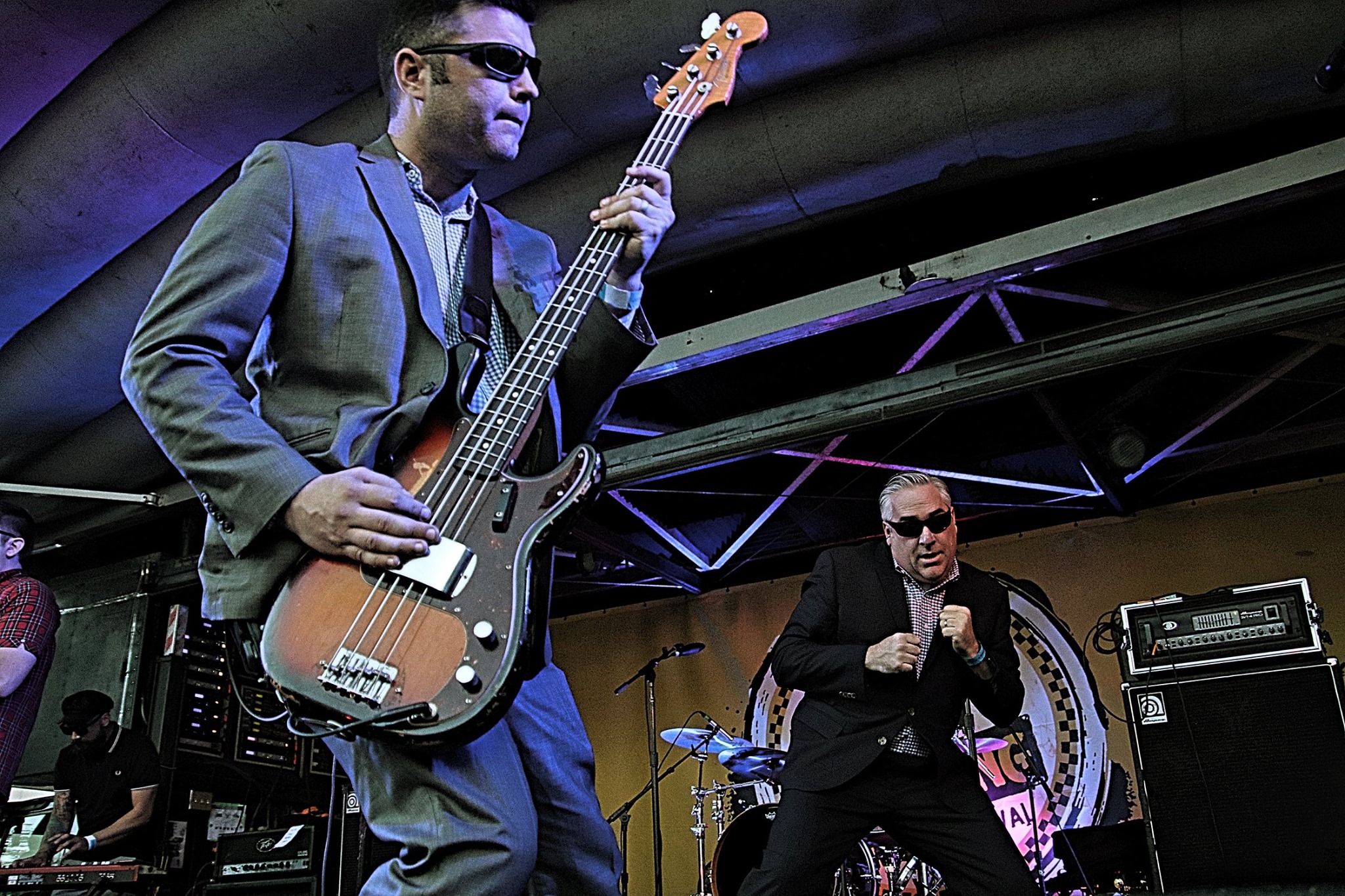 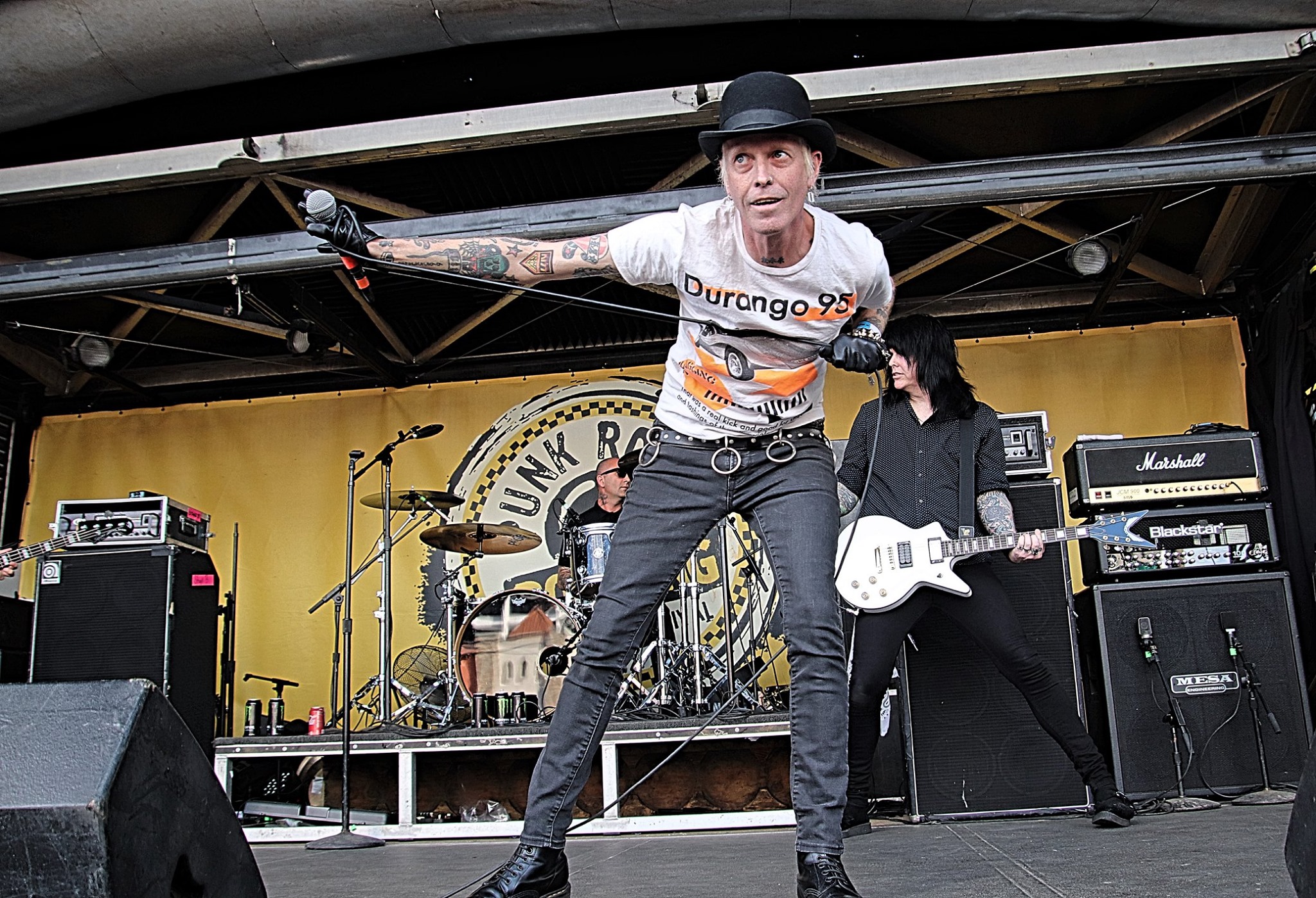