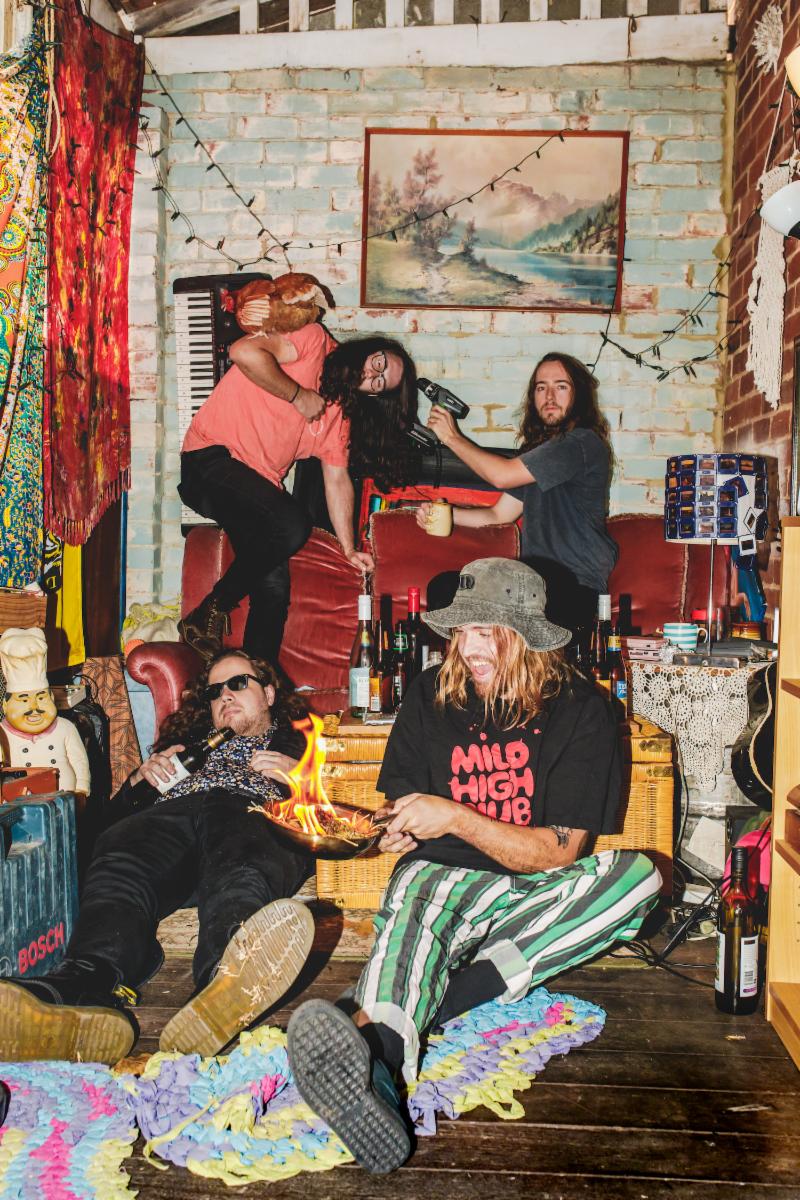 AND NOW FOR THE WHATCHAMACALLIT OUT THIS FRIDAY ON MARATHON ARTISTS

Also out today is another impressive cut from the album titled “Hymn For A Droid”. The track is explosive and exciting and show a band poised to take their sound to dizzying heights. Of the track, frontman Jack McEwan says “This track reminds me of a Rhino at full charge, I was absolutely cranking it while recording. Pretty sure my housemates didn’t get a lot of sleep the week this was bring crafted. The lyrics were based on the end of a relationship, those months you’re questioning where your life will end up and if you’re making the right decisions. You’re almost robotic, ticking along like a drone that repeats the same lines over & over in your head, and then you go out with your mates for the first time in ages, take a bunch of thought juice and everything makes way more sense. I wanted the chorus to come out of nowhere like an instant realisation, confusing at first & then the next time you hear it all becomes way clearer.”

Fans received a kicking indicator of what their new album had in store with the infectious single, “Bill’s Mandolin”, a fitting continuation of pace from previous singles “Keen For Kick Ons”, “Social Candy” and “My Friend’s A Liquid”, yet the broader scope of And Now For The Whatchamacallit is representative of a dynamic band flourishing as their control over the creative direction continues to strengthen and diversify sonically. Self-recorded between McEwan’s bedroom and Perth’s Tone City Studios, And Now For The Whatchamacallit has developed an enticing and engaging blend of guitars and fuzzed out melodies, as well as an urgency in McEwan’s lyrics that makes Psychedelic Porn Crumpets’ musical execution one all of their own.

AND NOW FOR THE WHATCHAMACALLIT TRACKLISTING