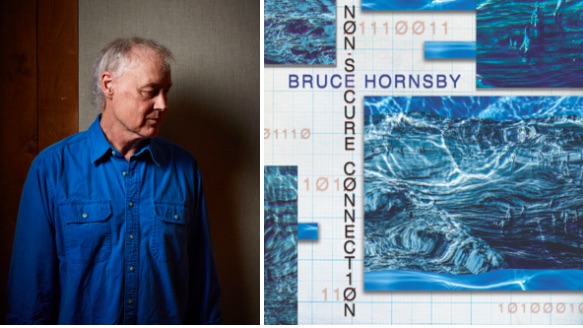 A few more press releases from September, including Damon Albarn-produced Afel Bocoum and a duo between Bruce Hornsby and James Mercer

Afel Bocoum – ‘Djougal’: The throbbing sound of Mali with vocal harmonies, a very traditional vibe, and exotic rhythms that will make you travel far away while staying in familiar sonic territories. The new single, from Malian songwriter and guitarist Afel Bocoum, features Tony Allen on drums. ‘Lindé,’ his new studio album out on World Circuit Records, was named after the wild expanse near Bocoum’s hometown of Niafun. It was produced by Damon Albarn (Blur, Gorillaz) and Nick Gold (Buena Vista Social Club, Ali Farka Touré), and it blends of deep tradition (with the use of traditional instruments like the ngoni, njurkele, kora, and calabash) and audacious innovation, stitching together the age-old music of the Niger bend with styles from across the globe, while the lyrics address the problems of Afel Bocoum homeland such as jihad, poverty, and violence. ‘We have to meet each other, talk to each other, look each other in the eye, and tell the truth,’ Afel says. ‘If we’re not united, I can see no solution. Our social security is music. That’s all we’ve got left. People love music, so we have to make use of that fact.’ You can watch the story of ‘Lindé’ HERE.

Terra Lightfoot – ‘It’s Over Now’: The song rocks with a bold and catchy chorus followed by a darker-sounding bridge, while Terra’s big vocals command the tune with assurance and ease. This is the latest single from the new album of Canadian singer-songwriter Terra Lightfoot. ‘’It’s Over Now’ first emerged as a slower, more somber song — about letting go of a failed relationship, one that seemed viable but that ultimately just didn’t work out,’ says Lightfoot. ‘In-studio, it took on a new life as a straight-ahead rock song, and I can definitely take comfort in that. The drive of the band behind me puts me in a comfortable space to sing that intense chorus vocal.’ The song comes with a video directed by Mat Dunlap and filmed in Los Angeles: ‘We got up at sunrise and had a lot of fun making Terra run through beautiful Elysian Park,’ Dunlap says. ‘The song has such a great badass driving beat, I just kept picturing slow-motion footage of Terra being chased by the idea of an ex-lover still haunting her. I also wanted the video to have a slight feel of ’90s video done now, with Terra just being herself and having fun performing the song. I wanted to just let her be herself and find a way to show off her natural swagger.’ Recorded in Memphis at the legendary Royal Studios, ‘Consider the Speed’ will be out on October 16 via Sonic Unyon.

David Cook – ‘Reds Turn Blue’: A certain theatricality that is certainly reinforced by the super production of the visuals of the video, while Cook’s impressive powerhouse moves over dense layers of instruments and dark guitar riffs. The title of the song is a reference to the manic highs (reds) and lows (blues) of anxiety, something David has struggled to overcome since his season 7 win on American Idol. ‘This song became a therapeutic process for me, as a way to personify my anxiety and make it something other than me — which in an odd way has helped me navigate my relationship with it,’ Cook says. The animated video looks like a sci-fi battle with a sinister side.

Bruce Hornsby & James Mercer – ‘My Resolve’: An interesting duo with intricate vocal harmonies. It’s a passionate song with plenty of emotion in the piano lines, while you almost can feel Mercer’s influence here and there. The legendary, award-winning pianist, singer, and songwriter Bruce Hornsby describes the track as ‘a Sisyphean song about the ups and downs of the creative life sung with a fellow climber.’ He performed this track with James Mercer on ‘The Late Show with Stephen Colbert’ and the performance can be watched here. The song is featured on Hornsby’s latest album Non-Secure Connection, which oscillates between melodic indie pop and contemporary classical while engaging the musical dialogue with plenty of other musicians including Justin Vernon (Bon Iver), Brad Cook (Sharon Van Etten, Hiss Golden Messenger), Wayne Pooley (Bon Iver, Jack DeJohnette) and Tony Berg (Phoebe Bridgers, Andrew Bird, Aimee Mann)…

Falcon – ‘Young Love’: An ethereal electro-pop with a sweet and breathless whisper, and gentle hopeful beats over a nostalgic end-of-summer vibe. ‘Young Love’ is the second track from Amanda Lindsey Cook’s, aka Falcon, forthcoming debut album ‘Nova’ (out 10/16 on SONY/Provident Label Group), and the video captures very well the whirling rush of infatuation and the hopeful emotions of new love. ‘I was an old soul in a young body,’ she reflects. ‘My songs, then and now, are about the intersection between faith and everyday life.’ She took the moniker Falcon as she wanted a new canvas for a new endeavor after releasing her first album and winning a Juno (Canadian Grammy) for Best Contemporary Christian/Gospel album at just 20. As she lets her vulnerability shine through the song, she explains, ‘It felt like being handed an ancient key to a room in my own house I hadn’t explored yet.’