Press Releases From September: Here Are The Artists 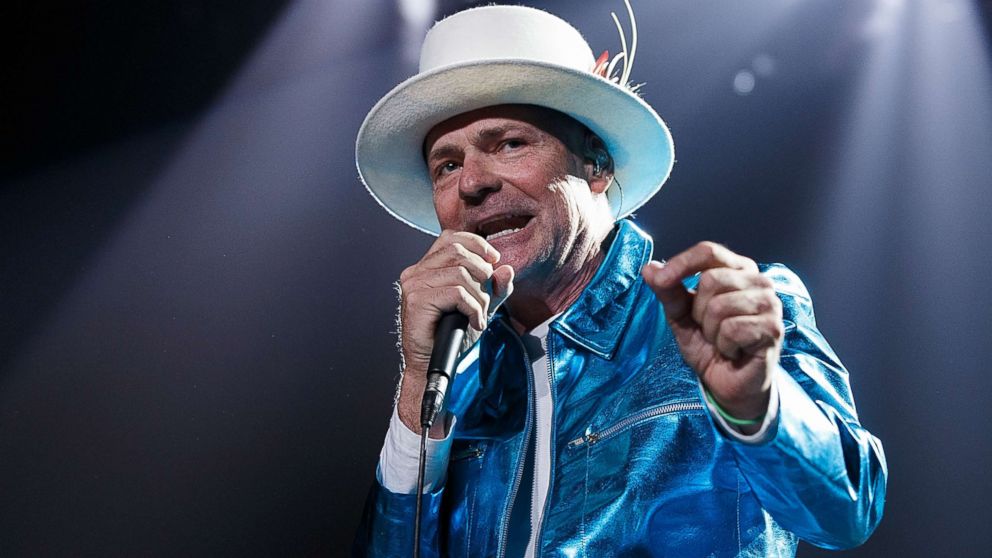 Joshua Speers – ‘Get What You Need’: a melancholic bike ballad with a romantic atmosphere, warm keys and an upbeat catchy chorus that makes the song stand out. This is the second single off Joshua Speers’ new EP, ‘Summerland’ out this past week on Warner Records/Let Me Know. The title of the EP refers to ‘both a place and a timeframe,’ says Speers who calls Bruce Springsteen and Carly Rae Jepsen his ‘musical parents.’ Summerland is ‘a real and physical destination but also a more abstract window of time and season of feelings. In my mind it’s a small town carnival—you go to escape and be happy but if you start to look closer you can see all the grit and pain. Summerland is optimism just barely holding off a breakdown.’

Gabríel Ólafs – ‘Think of Home (Kelly Moran Rework)’: A sprawling mournful instrumental soundscape of keys and strings with luminous hope slowly piercing. The track and the other title, ‘Another Fall, Another Spring (Masayoshi Fujita Rework),’ are two singles off Gabríel Ólafs’ upcoming album, ‘Absent Minded Reworks,’ out on November 13 through One Little Independent Records (Björk, Poppy Ackroyd). Ólafs is reimagining the body of music that made up his 2019 debut album, ‘Absent Minded,’ but he’s taking this time a more collaborative approach, enlisting the talent of Niklas Paschburg, Hugar, Masayoshi Fujita, Kelly Moran, and more. ‘’Absent Minded Reworks’ is a project featuring the artists I listen to, love and look up to,’ says Ólafs.

Elle Belle – ‘Post Everything’: A rocking track that starts abruptly with fuzzy and aggressive guitars that roar over the voice of Chris Pappas (aka Elle Belle). ‘Post Everything‘ is the first single from his forthcoming third full-length album, ‘Post Everything,’ due out on November 13th via Little Record Company. The song is about the internal fight against the dark nihilism that has grown inside us. ‘It was written out of a frustration from being on the losing end of a battle against American apathy,’ Chris Pappas said in an interview with Ghettoblaster Magazine. ‘It’s a song about giving up and rediscovering what you’re fighting for.’ Sonically the song borrows heavily from 90’s era garage rock and even name checks Billy Corgan in the first verse of the song.’ This is music born from Papas’ emotional fatigue that has built up over these last few years.

Parson James – ‘High Tide, Low Tide’: An helium and soulful falsetto for a hooky pop song and instantaneously familiar beats. This is the brand new single by multi-platinum selling artist Parson James, his first release since signing to his new record label 12Tone Music. ”High Tide, Low Tide’ actually came about during the throes of quarantine. It’s clearly been an exceptionally odd year for everyone and personally it’s forced me to look inward and face things about myself in a way that I had never done before.’ Parson James confesses. ’As always, a hunter for silver linings, I am thankful for what I’ve learned during this time.  The opening line of the song is ‘my empathy is killing me’ & what I mean by that is that my empathy is always getting the best of me. I’m always trying to help others before ever helping myself and more often than not this does not work in my favor.’

Gord Downie – ‘Hotel Worth’: A poignant and great voice reverberating over ghostly slide guitars and a country song, so cinematic that you can almost see the tumbleweeds blown by the wind. This is also the opening track of Gord Downie’s final solo recording, ‘Away Is Mine.’ Downie was a Canadian rock singer-songwriter, musician, writer and activist, and the frontman of The Tragically Hip, defined by the New York Times as  ‘Imagine Bruce Springsteen, Bob Dylan and Michael Stipe combined into one sensitive, oblique poet-philosopher, and you’re getting close.’ The second single of the album, ‘Useless Nights,’ has been described as ‘a lattice of starry synthesizers and electric twang plods in a carefree, almost joyous swagger toward the definite abyss.’ Downie recorded the ten idiosyncratic songs of ‘Away Is Mine’ in July 2017 at The Tragically Hip’s studio in Bath, Ontario, mere months before he died on October 17th that year. ‘Away Is Mine,’ which will be released on October 16, 2020 via Arts & Crafts, is a contemplation on Gord’s life, written with his forever inscrutable sense of humor, even as he locked eyes with the Great Inevitability.

Luke Wild – ‘Fever Brain’: A stripped-down acoustic guitar pop song filled with pain, sonic sights, soulful R&B-inspired vocals and psychedelic swirls of synth. This is the new single of Luke Wild’s debut EP, Sunburn, released via Terrible Records. ‘This video was directed by my brother Caleb Wild. The video shows me in a feverish/ sick state, fading in and out of consciousness. The shots outside are to represent me entering into a fever dream as the color and settings change,’ said Luke Wild. With a DIY energy and rebellious attitudes of Southern punk and rap scenes, he has a decade-plus of musical experience that he has invested in his debut EP. ‘The theme of the record is just really being afraid of turning the mirror on yourself and being honest with who you are, your flaws. ‘Sunburn’ feeds into that. I was crying a lot when I wrote it because I’d been kind of banging my head against the wall because the songs weren’t good enough. And then, I just wrote that in 30 minutes, looking around and coming to the realization that my generation is on this path towards vanity — but that I was really writing about me. Instead of pointing the finger at other people, it was me just pointing the finger at myself.’

khai dreams – Sunkissed : A jazzy melodic song by rising singer, songwriter and producer khai dreams, driven by her distinct and confident vocals. The track is taken from their 2019 EP, ‘Now and Then,’ and has already been streamed over 80 million times and used in over 300,000 videos on TikTok. ‘’Sunkissed’ is a song about reflecting on your time with someone, and reminiscing on all of the moments and shared experience that brought your relationship to its current place,’ khai says. The video, directed by Daniel Iglesias Jr. (Wallows, AJ Mitchell) and produced by Stray Dog Films, follows khai and their love interest through a sunny day of swimming, ukulele playing, aimless driving and other leisurely activities. Book-ended by brief scenes of khai awakening from a dream, the video captures the warmth of the song by blurring the line between dreams and reality.

Matt Berninger – ‘One More Second’: A grave pop ballad that finally swings with piano solo, shuffling drums, and rich organ. This is the last single by the frontman of critically acclaimed group The National, that comes with a video directed by Chris Sgroi. This is also a single off his highly anticipated debut solo record, Serpentine Prison, due October 16. ‘I wrote ‘One More Second’ with Matt Sheehy (Lost Lander, EL VY) with the intention for it to be a kind of answer to Dolly Parton’s ‘I Will Always Love You,’ or sort of the other side of that conversation,’ explains Berninger. ‘I just wanted to write one of those classic, simple, desperate love songs that sound great in your car.’ I would say it’s the depressive answer to Parton’s bombast, but that was expected coming from Berninger. The forthcoming record, produced by famed Memphis multi-instrumentalist Booker T. Jones, will be released via Book’s Records, a new imprint formed by Berninger and Jones in conjunction with Concord Records. The album features contributions from a wide array of notable artists, including Matt Barrick (The Walkmen, Jonathan Fire*Eater), Andrew Bird, Mike Brewer, Hayden Desser, Scott Devendorf (The National, LNZNDRF), Gail Ann Dorsey (David Bowie, Lenny Kravitz), Booker T. Jones, Teddy Jones, Brent Knopf (EL VY, Menomena), Ben Lanz (The National, Beirut, LNZNDRF), Walter Martin (The Walkmen, Jonathan Fire*Eater), Sean O’Brien, Mickey Raphael (Willie Nelson, Bob Dylan), Kyle Resnick (The National, Beirut), Matt Sheehy (EL VY, Lost Lander) and Harrison Whitford (Phoebe Bridgers).

The Brothers Macklovitch – ‘I Can Call You’: A funky jazzy dancefloor with an obvious retro flair around handclaps, wobbling synth and slick bass lines. This is in fact a cover of a 1995 track by the R&B group Portrait, sped up and injected with jazz by the duo: A-Trak is on production and Dave 1 of Chromeo is on vocals. ‘I Can Call You’ follows the brothers’ debut single, ‘Give Love To Get Some,’ featuring R&B star Leven Kali, and its Waajeed and Morgan Geist remixes.