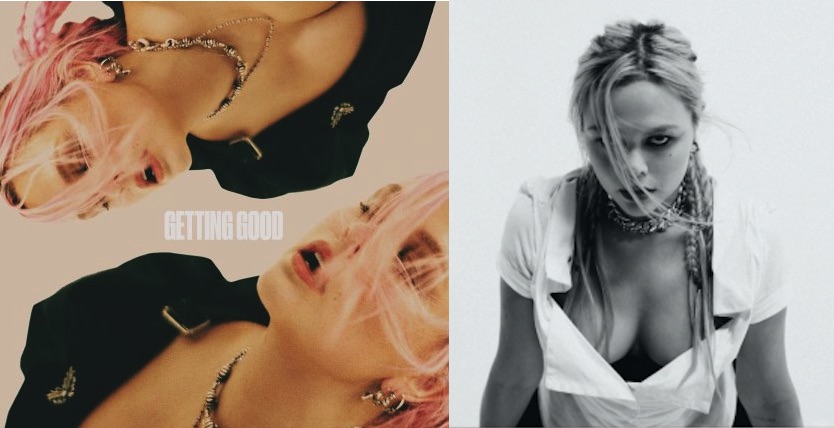 Pop and punk songs by Sir Chloe, Pup, Liza Owen, plus a Leonard Cohen cover by Aimee Mann among these press releases from September.

ILENIUM – ‘Nightlight’: An airy pop song with eerie vocals and a powerful dance-electronica vibe. There is a new video for ‘Nightlight’ by Platinum crossover electronic artist and producer/DJ ILLENIUM, a single that collected over 3M global streams in the first week of release and over 4.5M collective streams to date. Even though (or maybe because) the song sounds like many other current pop-electronica, it is the #1 gainer at dance radio. ‘Nightlight’ is his first single since ‘Feel Something’ with Excision and the video shows an adventurous woman braving the wilderness. ‘This music video means a lot to me because I feel like it’s the beginning of a new chapter and the start of a story that will continue to unfold through my music,’ says ILLENIUM.

LANY – ‘cowboy in LA’: This is not a country song, rather a dream-pop tune with a constant pulse and an emotive chorus for a hook. This is the new (and fourth) track LANY is sharing in the anticipation of their forthcoming third album, ‘mama’s boy,’ out October 2 on Interscope Records. The lyric video evokes the feeling of an Oklahoma transplant living in LA, and the words of the album are about the cognitive dissonance between the L.A. persona that frontman Paul Klein has adopted over the band’s rise and his Great Plains heritage. ‘Someone asked me where I was from and somewhere, out of my spirit, I just said ‘Man, I’m from Oklahoma!’ It was a weird sense of pride, to be from the middle of nowhere,’ he says of the realization that he needed to look to the country’s heartland for this album’s inspiration. And ‘mama’s boy’ became a sweeping tribute to home, heritage, and Americana filled with songs that highlight what’s ‘symbolic of being an American kid’ today.

Sir Chloe – ‘Sedona’: A new single off Sir Chloe’s debut EP ‘Party Favors,’ due October 23 via Terrible Records. The track is filled with surprises and reflects Dana Foote’s eclectic background. She taught herself guitar using Mel Bay books before taking up the piano, the mandolin, the accordion, and the harmonium. And if her intimate songwriting is in the vein of St. Vincent, Lianne La Havas, and Andy Shauf, she cites Sofia Gubaidulina, Claude Debussy, and Béla Bartók among her influences. She sings with a certain sexy abandon over hard-hitting notes, and buoyant instrumentation, while the mood of the song shifts several times in 3 minutes, culminating into a layered pop song. ‘Sedona’ follows a string of recent singles: ‘Animal,’ which has racked up more than 11 million plays across platforms, ‘Michelle‘—which is enjoying a viral moment on cosplay/anime TikTok and currently #25 on the Spotify US Viral 50 chart, and most recently ‘July.’

Pup – ‘Rot’: A riotous punk tone with an unapologetic and careless delivery and an anthemic catchy chorus. Toronto’s punk powerhouse PUP are announcing their forthcoming EP, entitled ‘This Place Sucks Ass,’ a six-song collection that arrives October 23, 2020 via Little Dipper / Rise Records. In addition to the previously released songs ’Anaphylaxis‘ and a cover of Grandaddy’s beloved ’A.M. 180,’ the EP contains three songs from the Morbid Stuff sessions that have yet to see the light of day, as well as this blistering new song, ’Rot.’ In celebration of the new EP, PUP will be playing their first-ever live-streamed show — appropriately titled This Stream Sucks Ass — on October 23, 2020, at 9 pm EST / 6 pm PST. Click HERE to purchase tickets. The band had this to say about the Livestream, ’What can you expect from the Livestream? Like most regular PUP shows, it’ll probably be a bit of a trainwreck, which is really all part of the magic. We don’t know if it’ll be any good, but we do promise it will be weird and different from any Livestream you’ve ever seen. It’s being directed by our pal (and 5th member of PUP) Jeremy Schaulin-Rioux, who has also directed almost all of our music videos. It will be fun and unhinged and entirely unprofessional. Am I selling it? I think I’m selling it.’

Liza Owen – ‘Getting Good’: A wild song with plenty of sex-appeal thanks to Liza’s animal presence which you can fully appreciate in the video. With a steady beat and an almost ‘90s-inspired indie tempo, this is the songstress’s return to the spotlight via EPIC Records. Written alongside co-writers Julian Bunetta, Shungudzo, John Ryan, Andrew Haas, and Ian Franzino and produced by ASL, ‘Getting Good’ tells the ultimate story of self-destruction and the lengths we go to leading ourselves down the wrong paths. ‘This song is really about self-destruction and recognizing that sometimes we’re all a bit lost,’ says Liza. ’It’s kind of a dark song, but there’s also a weird sense of empowerment in just owning that darker side of yourself and all your floors.’

Justin Bieber – Holy’: If you want to see Justin Bieber getting dirty in the oil industry while struggling with the current economic crisis, watch this Colin Tilley-directed mini-movie ‘Holy’ also featuring Chance The Rapper. The entire thing is a Hallmark mini-story with a gentle hook and a more aggressive rap part by Chance, but it’s also made to launch Bieber’s return to the pop arena with ‘The Justin Bieber World Tour ‘– presented by T-Mobile – which should kick off in San Diego at Pechanga Arena on June 2, 2021… Good luck with that, some artist are definitively very optimistic too soon, we don’t even know where we will be with the COVID crisis by then, but faith is a powerful thing.

Das Body – ‘Scared’: An alluring dance track from Oslo, Norway with oscillating synths and piercing vocals by frontwoman Ellie Linden. This is the single off the band’s debut album ‘Peregrine,’ due November 20th and produced by Jorge Elbrecht (Sky Ferreira, Ariel Pink). Shifting effortlessly between pure pop and shimmery yet melancholic Scandi pop, ‘Scared’ tells the story of a troubled mind, with a foot-tapping rhythm and a fusion of vulnerability and vulgarity. ‘‘Scared’ was written a couple of years ago and we´ve played it live every time since – it’s one of our favorites,’ note the band. ‘But we struggled to translate the energy that Ellie radiates during the live performances into the studio version. We feel like we finally managed it, to project the eccentric Ellie Linden, almost as if she is pushed through even the tiny speakers on your laptop or phone.’

Aimee Mann – ‘Avalanche’: A haunting cover of the Leonard Cohen song by the great Aimee Mann which appeared as the title track for HBO’s acclaimed true-crime docuseries ‘I’ll Be Gone In The Dark.’ Cascading piano notes and emotional strings put drama around Aimee’s beautiful voice who delivers a lovely version, entirely faithful to the original. The HBO series was adapted after Michelle McNamara’s book narrating her obsessive search for the Golden State killer and was filmed after her death. ‘My husband, Michael Penn, and I had been close friends with Patton and Michelle for many years and were very familiar with the ups and downs of her research. We were completely devastated by her death. I was incredibly moved by Patton’s dedication to getting her book finished and was so happy when he reached out about recording a version of ‘Avalanche’ for the show. Michael produced and recorded it at home, and we were both honored to hear it at the start of every episode,’ notes Mann.

Kathleen – ‘Dark Side of the Moon’: A charming and bucolic pop song with Kathleen’s lovely breathy vocals. The tone of the tune almost seems timeless while her vocal prowess could sound like an ambitious lullaby. ‘I wrote most of ‘Dark Side of the Moon’ on my drive back from LA to Colorado during the beginning of quarantine,’ Kathleen says. ‘I drove alone, car packed up with my most precious books and journals and instruments cause I didn’t know when I’d be back. The highways were almost totally empty except for Walmart trucks and Amazon trucks and other little cars like mine, packed to the roof and all with license plates from different states. It was so subtle, but the more I noticed, the more we all looked like little ants returning to our primary nests. I became overwhelmed with the idea that this was the first time in recent history when we’ve had a mass migration home.’ The video, that comes with the song, illustrates this migration – with some unfiltered iPhone footage she took on the drive back to LA some three months later – while the song is from her forthcoming EP ‘Kathleen II,’ out October 9 via Let Me Know/Warner Records.

Note Marcato – ‘Rafiki’: The new single from buzzing artist and producer Note Marcato carries a skittering beat, bouncy verses, and comes with a cinematic video. His vision seems to be a fusion between gangster rap, the Joker, and Dia de Los Muertos, while this second single (it follows ‘Blackheart 39) brings us closer to his forthcoming album ‘BeachBum Limbo.’ Executive produced by BL$$D, the project features production by G Koop (Rihanna, Migos) and Soundz (Justin Bieber, Chris Brown), with guest vocals from Anatti, Nelson Mandela’s grandson, among others. Ten of the tracks were produced by Note Marcato himself. The song blends angst and humor, ‘I make music as if I’m trying to save the world,’ explains Note Marcato, whose singular sound do not belong to any particular region yet manages to represent the globe. His modus operandi is ‘Break the rules and create tomorrow.’