Press Releases From September 2020: Here Are The Artists 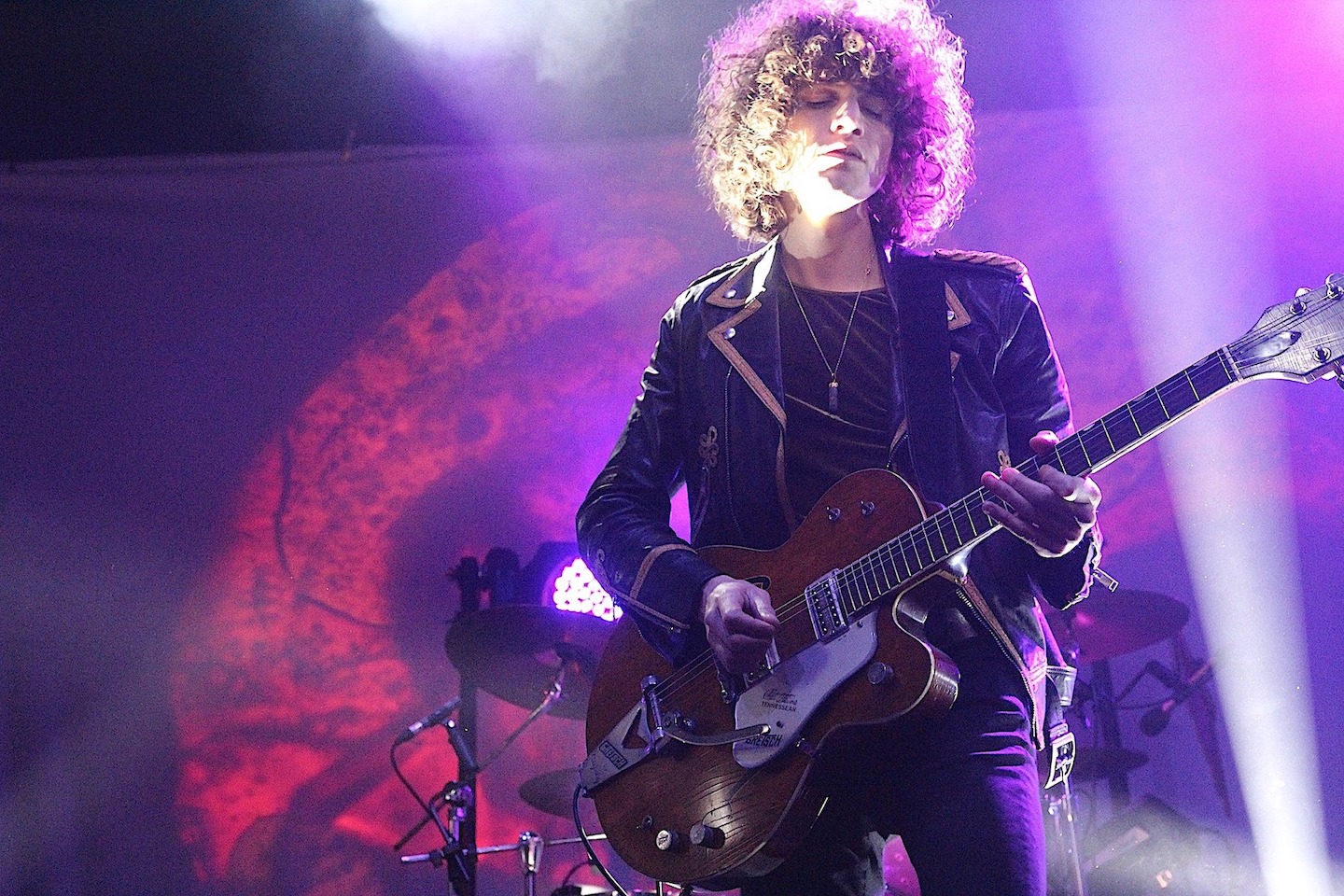 Temples among these press releases from September

An eclectic collection to start the month, Temples, Eels, and newcomer Ratinoff among these press releases from September.

Temples – ‘Paraphernalia’: A sweeping retro track from the British psychedelic pop four-piece Temples, produced by Sean Ono Lennon. ‘Paraphernalia’ has an undeniable ‘60s influence with sweet vocals and a busy soundscape filled with interesting sonic details, while a disco ball looms over their eclectic dancefloor. ‘When I first heard the demo for ‘Paraphernalia’ I knew they had a great tune,’ said Lennon. ‘We couldn’t think of any greater mind than his to create with on this track,’ says Temples’ bassist Tom Walmsley of working with Lennon. The song was written by Temples’ lead singer and guitarist James Bagshaw who said it was about ‘the disconnect between reality and the online world,’ but it also has the imprint of Dave Fridmann (Tame Impala, The Flaming Lips, MGMT) who mixed the track. The song is out now via ATO.

Extra Special – ‘True Fear’: A new song from Brooklyn-based indie-pop project Extra Special with a dreamy summer appeal with synths, lush and deep harmonies, and a delightful sweetness. This is a new project from Amelia Bushell (Grim Streaker, Belle Mare), and the song is a sweet ode to that special friend who sits by your side and comforts you during these difficult moments. This announces the upcoming debut EP, ‘Lazy About It,’ due out October 23, a collection of songs based around the lessons learned from relationships, growing up and pushing forward, dreaming big, yet being lazy in the pursuit. ‘True Fear’ comes with a video.

Eels – ‘Who You Say You Are’: This is the second song shared by Eels, and ‘Who You Say You Are,’ almost sounds like a sweet lullaby with Mark Oliver Everett’s unique knack to combine profound sadness, humor, and melancholia. It’s a very mellow tune filled with Mellotron’s sweetness, while the lyric video, that comes with the song, is once again a cartoon. This is a B-side of a new 7-inch single, and as it is the case for the previously released song, his first work since his 2018 album ‘The Deconstruction.’

Zayde WØLF – ‘Brand New Thing’: An anthemic glitchy pop song with an ambitious sound, a super-confident delivery and an opening acting like a hip hop super-production. This full-energy song is the new single (with a video here) from alt-rock chart-topper Zayde Wølf, who has slowly built a music empire outside of the mainstream music industrial complex with ‘225K YouTube subscribers, 73 million video views, over 1.1 Million monthly listeners on Spotify, with 250 million streams across all streaming platforms,’ without counting the hundreds of films, TV shows, trailers, commercials, and video games that have featured his music. ‘At this point in my career, all I wanna do is have some fun with this music and try some new stuff,’ says Zayde Wølf  (real name Dustin Burnett)  ‘Brand New Thing’ is a song about discovering that hidden giant inside you. It’s what happens the moment that you completely ignore the hate, discouragement, and negativity and step into embracing your wonderful self. It’s a song for stepping out for yourself and into your swagger.’

Fear No Empire – ‘Revolt’: This is a screaming alert, a punk rage assault delivered with pure anger and chaos by a new band comprised of Ali Tabatabaee on vocals (Zebrahead,) Ben Ozz  on bass (Zebrahead,) Dan Palmer on guitar (Zebrahead, Death By Stereo,) and Mike Cambra on drums (The Adolescents, Death by Stereo and Common War.) The quartet came together to deliver a powerful message and solidarity to fight for change and inspire them to use their voice. ‘Revolt’ is the first song (with video) of their debut EP, that will be out in October. About ‘Revolt’ Ali explains: ‘I am very eager for everyone to hear Revolt! It is the first song off of the Fear No Empire EP, and extremely topical as it tackles how the Trump administration’s horrific policy of separating and imprisoning immigrant children from their families has intensified by the surging COVID-19 pandemic.’ The message is clear, ‘Revolt, Find the kids in cages, Our bloodline’s the same, We’re not contagious, Revolt, Burn the pages, Fight the system, The battle rages, Revolt’ Ali Tabatabaee screams in the song.

Jehry Robinson – ‘Daylight’: A song filled with a hip hop energy, featuring Tech N9ne with a speed-of-light flow and exotic beats. This is a track (with a video) from Robinson’s debut album ‘20/Twenty’ which is mixing genres with ease from hip hop, pop, reggae, and a bit of rock. ‘I’m taking all of those genres and emotions and fusing them into one sound,’ he explains. ’You’ll get the happy side. You’ll get the depressed side. If there’s a reggae vibe or rock energy, that’s just how I felt that day. That’s the blueprint of what 20/Twenty is, I’m leveling up this hybrid and bringing it to the next plateau.’ If this song is dominated by hip hop, Jehry Robinson has been inspired by the likes of Bob Marley, Eminem, Mos Def, Black Thought, Macklemore, Tech N9ne, The Beatles, and The Doors. Another video already released is ‘Backburner,’ which is still burning a fire, although on a more mellow tone.

Ratinoff – ‘Run Away’: A track with bombastic energy and a charging tempo, a  top-of-your lung delivery with a sort of ‘80s humorous vibe, which could sound a bit as if something from the Cure was executed by the Sex Pistols. ‘Run Away’ (video here) but also ‘I Need It’ (video here) come from Ratinoff’s upcoming self-titled debut album, out on October 2 via Creative Entertainment Network/The Orchard. ”Run Away’ is probably one of the songs that stands out the most to me,’ said Ratinoff, ‘I remember listening to the Sex Pistols album Never Mind the Bollocks, and also another song called ”Beginning of the End” from a Punk band called ‘The Cockney Rejects, and it triggered me to want to write ‘Run Away’. The song could become an instant classic.

Monotronic – ‘Kids of Summer’: A ride with pounding drums, disco synths, and a big pop dance chorus. This dynamic track (that comes with a creative and fun video) inspires freedom and youthful energy of breakdance. Led by anthropologist and musician-producer Ramsey Elkholy, Monotronic is a New-York-based collective, which delivers fresh sounding music layered with atmospheric vibes, while staying rooted in eloquent songcraft. Their upcoming single and video ‘Buy Yourself A Dream,’ starts with an acoustic guitar and pensive vocals but grows with exuberance, bravado, cascading keys, and catchiness. When asked about the new song, Elkholy explains, ‘It’s a song that reflects more on the journey than the destination. We often miss out on the best parts of life when we put too much focus on material goals. That’s the basic gist of the song.’ The new single will be out on September 25.