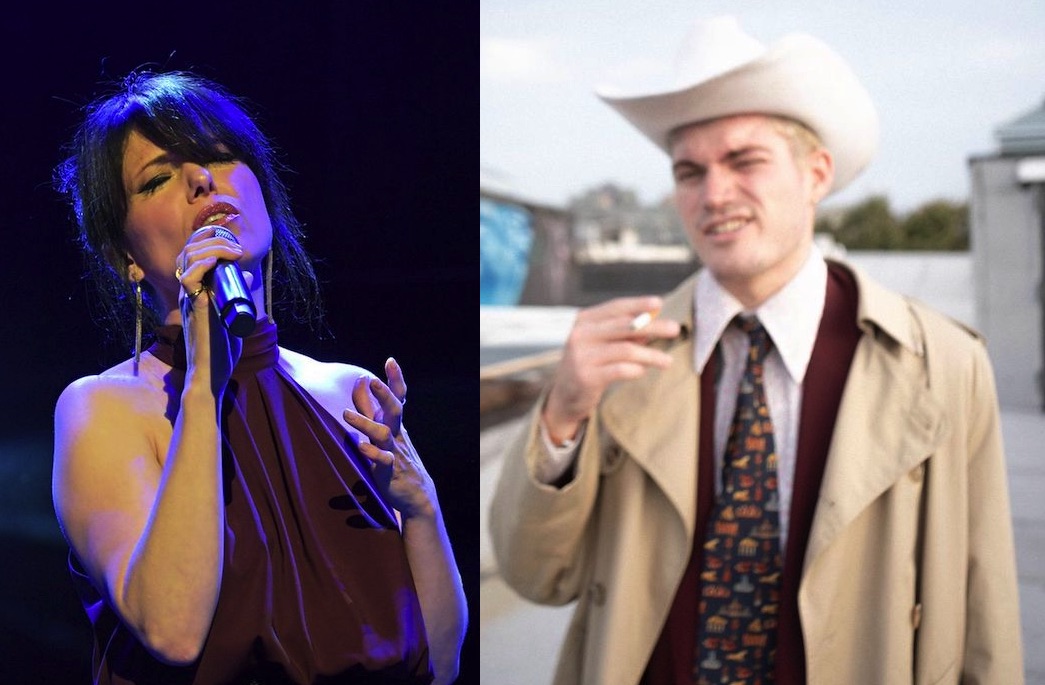 Imelda May and Brooks Hudgins among the press releases from October

Genesis Owusu – ‘I Don’t Need You’: A funky soul track with touches of sexy R&B, a commanding tone, a disco-ball dancefloor, and a mouthful of gold teeth. This is the first official U.S. single for 22-year old Ghanaian-born, Australia-based Genesis Owusu. After the song became the #1 most played song on Australia’s most influential radio station, triple j, it also received a coveted 2020 ARIA Award nomination for ‘Best Soul/R&B Release’ and made Owusu one of BBC Radio’s rising stars. Genesis describes the track as, ‘An anthem of independence, a call to action to shed the grip of toxic places, spaces, and faces.’ He also has collaborated with everyone from Anderson Paak’s Free Nationals to Aussie oddball hero Kirin J. Callinan but has certainly developed a multi-influenced sound of his own.

Das Body – ‘Better Half’: A fuzzy chaotic and layered piece mixing elements from the ‘80s synth-pop scene with a provocative choir-like delivery wrapped into an eccentric and weird result. Oslo four-piece Das Body fronted by Ellie Linden has teamed up with producer Jorge Elbrecht (Sky Ferreira, Ariel Pink) for their debut mini-album Peregrine, out November 20th. ‘This song – and the whole record really – is about discovering emergency exits,’ note Das Body. ‘From your own mortality, from your better half, or your own head. When you’ve been with your better half for some time, the exit signs might disappear. In this case, though, it has suddenly become very obvious why things are shitty and where the exit is, and that is a pretty enticing revelation. In that way, this is one of the more positive songs on the album. But it wouldn’t be a Das Body song without a healthy dose of doubt and self-loathing to balance it out, which are the prevalent feelings in the choir parts.’

Aaron Taos – ‘Summer’s Gone’: a hard beat for a light pop song with summery guitar lines escaping from the buzzing beats. The uplifting indie tune features the sweet vocals of Alice Gray complementing Taos’ bright voice. ”Summer’s Gone’ is an ode to summer love. It’s a song about holding on to the last threads of sunlight and the memories of warm, careless romance. Even though the weather has changed, the feelings remain the same, and fall festivities of apple picking, football games, and hot cider are just a bittersweet reminder of the person you miss most. Alice Gray lends her perspective and beautiful voice to this single,’ notes Taos. The track will appear on the deluxe reissue of Taos’ debut album, ‘Birthday Boy,’ which is set for release on November 20.

Muni Long – ‘Breakin Up’: a sexy R&B dynamic track filled with a high dose of sensuality, fully illustrated in the Phillip R. Lopez directed video accompanying the song. This is the new sultry single of singer, songwriter Muni Long. The mid-tempo song talks about ending a relationship that has seemingly run its course. ‘Breakin Up’ follows the highly successful release of Muni Long’s debut single ‘Midnight Snack’ Ft. Jacob Latimore – a popular R&B cut that received 1 million views on YouTube.

Imelda May – ’11 Past The Hour’: An intimate emotive ballad haunted by Imelda May’s great vocals. The torch song has the cinematic quality of a vintage drama and the emotion of a Leonard Cohen tune, before bursting into guitar distortion and a huge sonic cry. ‘11 past the hour is the time for intuition and awakening and is known as a clear calling from the universe to become conscious and aware,’ May explains. ‘The song is about the longing to feel unbound from worldly shackles and be ‘free for a while,’ the need for connection, to sense a higher power and to simply feel safe and loved.’ This is May’s first new song in three years while the Irish singer’s last album, 2017’s ‘Life Love Flesh Blood’ was produced by T Bone Burnett and released to rave reviews from the New York Times, Associated Press, Rolling Stone Country, Billboard amongst others.

Madison Cunningham – ‘The Age of Worry’: A folk guitar with Madison Cunningham’s crystalline voice for this charming John Mayer cover, that is quite beautified. The song hails from her forthcoming EP ‘Wednesday,’ a collection of covers that will also include covers of The Beatles, Tom Waits, and Radiohead songs, and set for release November 6 via Verve Forecast. ‘I challenged myself at the beginning of last year to learn and post a cover song every week as a way to stay inspired both in writing and performing,’ Cunningham explains. ‘What started as a fun prompt cracked something open in me and stayed for good, freeing me up in the areas I tend to be too cautious in. After weeks and weeks of this, I decided to release four of these songs as an EP of interpretations, in hopes that they would bring comfort to people, in the same way, they for did me during this painful year.’

Raissa – ‘Crowded’: A sweet whisper going to eerie heights while moving along beats and a soothing melody. The new track by multidisciplinary London-based artist Raissa, accompanied by a lyric video featuring ASL interpretation, will feature on her forthcoming debut EP ‘HEROGIRL,’ out early next year via Mark Ronson’s Zelig Records/Columbia. ‘I always had all this love for others swelling in my heart, in my chest,’ she says, and ‘I’m trying to understand why they didn’t love me back as much on this track.’ ‘HEROGIRL’ chronicles a hero’s journey, a classic storytelling device wherein the protagonist crosses the threshold into another realm to learn a critical lesson that can then be applied to the normal world.

Lee DeWyze – ‘Weeds’: A eerie and harmonious track with breezy melodic guitars mimicking bee flights while horns bring the warmth. This shines like a bright summer day with a contemplative but emotive vibe. ”Weeds’ explores the nature of love and relationships and how that parallels the cycle of life.
How some things can be found when you don’t even know you’re looking for them. It’s about growing and learning to be vulnerable, it’s about finding beauty in the most unsuspecting places.’ With earliest influences such as Simon and Garfunkel, Yusef Islam (Cat Stevens), and Johnny Cash, Lee has released five albums and his songs have appeared in over 70 movies, TV shows, and commercials.

Brooks Hudgins – ‘405 South’: A raucous track noir with Hudgins’ smoky vocals and rowdy all-fired up guitar riffs, that could bring something from the Eels to mind. There are style and character in these 3 minutes of original electric alt-rock by the Brooklyn-based multi-instrumentalist, and this is the third single he is releasing off his upcoming LP, ‘Drive-Thru Communion,’ set to be released this December via Bodybag Records. ‘405 South is essentially a breakup song, it’s got some bitterness, but is mostly about moving on – lookin’ ahead, you know? Aimlessness can be scary but looking back sucks even more. Taking a sacred wound and making it a scar you can learn from – maybe even be proud of. Some growth. But definitely some regret too,’ Hudgins told Glide.