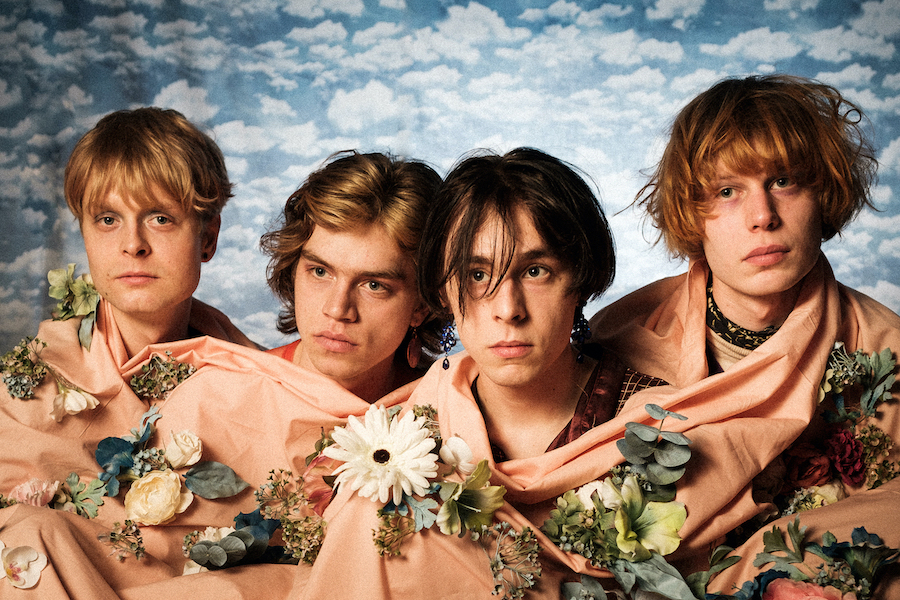 Himmelrum among the press releases from October

Frank Turner & Jon Snodgrass – ‘Bad Times, Good Vibes’: A full punk-rock assault mellowing down into a pedal steel country mood. This is the last one from acclaimed songwriters Frank Turner and Jon Snodgrass, and a track from their new album ‘Buddies II: Still Buddies.’ It follows the album ‘Buddies,’ that the two musicians recorded together ten years ago. Like the original, the new album was written in just one day, although this time, Turner and Snodgrass had to do it over the Internet due to lockdown. The music video, that features Stephen Egerton (Descendents/All) on drums and Todd Beene (Lucero, Chuck Ragan) on pedal steel, is a feel-good, funny affair between…buddies. ‘Lockdown has been such a blow to the music industry, and such a drag that we were all looking for things to do,’ Turner said to Rolling Stone. ‘Jon and I have been buddies a long time, and I noticed the 10-year anniversary of our collaborative album was coming up. Technology is such that we were able to reprise the writing method remotely, and indeed it turns out we’ve got a lot better at it in the intervening decade. I’m really, really proud of the record.’

Extra Special – ‘I Hate Love’: A hooky pop song with plenty of atmospheric guitar and electronics, wrapping Amelia Bushell’s charming vocals and vaporous soundscapes that could almost remind Jenny Lewis’ sex appeal. ‘I Hate Love’ is the second single off Bushell’s upcoming debut EP, ‘Lazy About It.’ ‘’I Hate Love’ is an ode to all the embarrassing things you do when you are crazy about somebody who just won’t love you back,’ Bushell says. ’Stalking their online profiles, picking out an outfit just in case you happen to run into them (and working out in preparation for that same occasion), learning how to be a master chef in the kitchen, trying to manifest them back into your life by repeatedly saying their name into thin air. You know, normal stuff like that.’

Thelonious Monster – ‘Buy Another Gun’: A propelling declaration with angular guitar shifts addressing a scary topic concerning every parent, and still dividing people in the middle of this current political debate. Thelonious Monster are back with new music, 16 years after the release of their last album. The song comes from ‘Oh The Monster,’ set to be digitally released on November 3rd, yes, on Election Day. Frontman and lead singer Bob Forrest explains: ‘How do we keep our kids safe from this hateful murderous madness that American schools have become. A school shooting seemingly every week all across the country. Arm our teachers? Bulletproof backpacks. The insanity of the conversations parents are having is unfathomable. But that’s what parents in America are talking about! The song shares the hate and the hope I feel about the safety of my children. For myself. And for what I believe is the beginning of a fallen empire.’

Kendall Street Company – ‘Waiting on a Train’: With a throbbing banjo-driven melody and distinct vocals and harmonies, this western-tinged track is a hypnotic slow burn mimicking a journey aboard an old train across the great plains. The song is the third single released from the band’s upcoming full-length studio album – ‘The Stories We Write For Ourselves’– due out on October 23rd. ‘The writing sessions for ‘Waiting on a Train’ started with a voice memo set to this hypnotic riff that I had been toying with for a while,’ lead singer/songwriter Louis Smith told Glide Magazine. ‘That riff felt to me like a pendulum swinging back and forth and reminiscent of someone waiting on a train, wondering what will happen next, but taking no action to make anything happen. I was reading Stephen King’s novel ‘The Dark Tower III: The Waste Lands’ around the same time, and for a lot of that book the Gunslinger is looking for a train so that sci-fi/western vibe made its way into the tune for sure.’

YG – ‘Jealous’: Not only YG had already written the soundtrack of many protests with his song ‘FDT,’ but he is now just releasing this buffoon video for ‘Jealous,’ the opening track off his fifth studio album, ‘My Life 4Hunnid,’ trashing Donald Trump with orange pancake makeup and debauchery in the oval office. Fake Trump parades around twerking female strippers and piles of dollar bills, before ridiculously posing in front of Air Force One, while YG delivers his continuous flow ‘They jealous, they envious of me (Jealous)/I’m rich as fuck, I’m poppin’, got it poppin’ off a beat (Poppin’)/I’m fuckin’ on they bitches they payin’ out here for free (Free).’ It’s obviously satire, just envision Trump as a fat white and orange raper, playing an X-rated version of a SNL parody.

Dave Hause – ‘When It Don’t Come Easy’: A Patty Griffin cover executed with a roaring guitar and a determined delivery sweetened by Laura Stevenson’s vocal harmonies. This is the latest track to be lifted from Dave Hause’s two brand new EPs, ‘Patty’ and ‘Paddy,’ set to be released on October 23. Hause has always found comfort in the lyrics of the song, that can apply to any relationship: a friendship, a romantic love, siblings, parents, and children. ‘I asked Laura to sing on the track and she did a masterful job with the harmonies, all while sleep training her little daughter,’ Hause says. ‘We spent 90% of our correspondence chattering about raising little kids and about 10% on music, and it was a thrill to connect with a songwriter and musician I’ve admired for a long time. It’s been a hell of a year, so I’m also dedicating this song to my siblings and all of my friends that I haven’t been able to see due to the pandemic.’ The collections honor the work of Patty Griffin and Patrick ‘Paddy’ Costello of Dillinger Four and feature an array of contributors including Brian Fallon, Will Hoge, Jake Blount, Lilly Hiatt, Laura Stevenson, and Bartees Strange.

Gord Downie – ‘About Blank’: A country song whipped by an infectious and adventurous tempo landing between Johnny Cash and Harry Nilsson. The song morphs from a plaintive bluegrass picker into a bizarrely upbeat electro-hoedown in under two-and-a-half minutes, with buzzy synthesizers mingling amidst fiddle trills and country twang before diving into ambient ether. As a centerpiece of Downie’s posthumous double album ‘Away Is Mine,’ it also comes with an acoustic version. The album, recorded in July 2017, mere months before Downie passed on October 17th that year, features his last ten songs, each presented in electric and acoustic versions. ‘This won’t be his last release, but these are the final ten songs Gord sang before he passed away. The last time he ever sang into a mic,’ brother Patrick Downie wrote in a statement upon the album’s announcement.

Himmelrum – ‘Nerve’: A humming meditative electronic sound exploration, filled with fuzzy weirdness, and resonating like a futuristic church prayer or a deep space adventure. This is a new track off Copenhagen-based experimental shoegaze outfit Himmelrum’s upcoming album ‘Vand, Død & Ensomhed,’ (‘Water, Death & Solitude’) out October 23rd on The Big Oil Recording Company and Joyful Noise. The video, directed by Bianca Peruzzi, Daniel Almagor, and Lucas Kober, is a psychedelic experimental trip, exploring one theme of the album: solitude. Written during a particularly lonely and dark time in Eigil (drums, sound design, vocals)’s life, ‘Nerve’ was written under the cover of night, under the stars, spontaneously. ‘Nerve’ is one of those rare songs, where a problem is presented, but where it isn’t a case of off-loading difficult feelings; it’s a song in which they deal with the problem over the course of the song; digesting it and leaving the listener with a feeling of resolution

Eric Hilton – ‘The Impossible Silence’: An ambient instrumental unfolding with elegance and a bit of mystery like a noir vintage electronica. This is the title track of Eric Hilton of the Thievery Corporation’s upcoming solo album, out November 20 via Hilton’s Montserrat House label. The cinematic atmosphere is reinforced by the black and white video, directed by Alizare. Crafted in solitude at his Winter Palace Studio in DC, the album unspools across 13 atmospheric cuts, a soundtrack to a film that exists in the mind of the composer (and anyone who listens). Making this uniquely spacious and subtle music has always been the most challenging for Hilton but has also been the most rewarding, which is one of the many reasons he titled this work, ‘The Impossible Silence.’