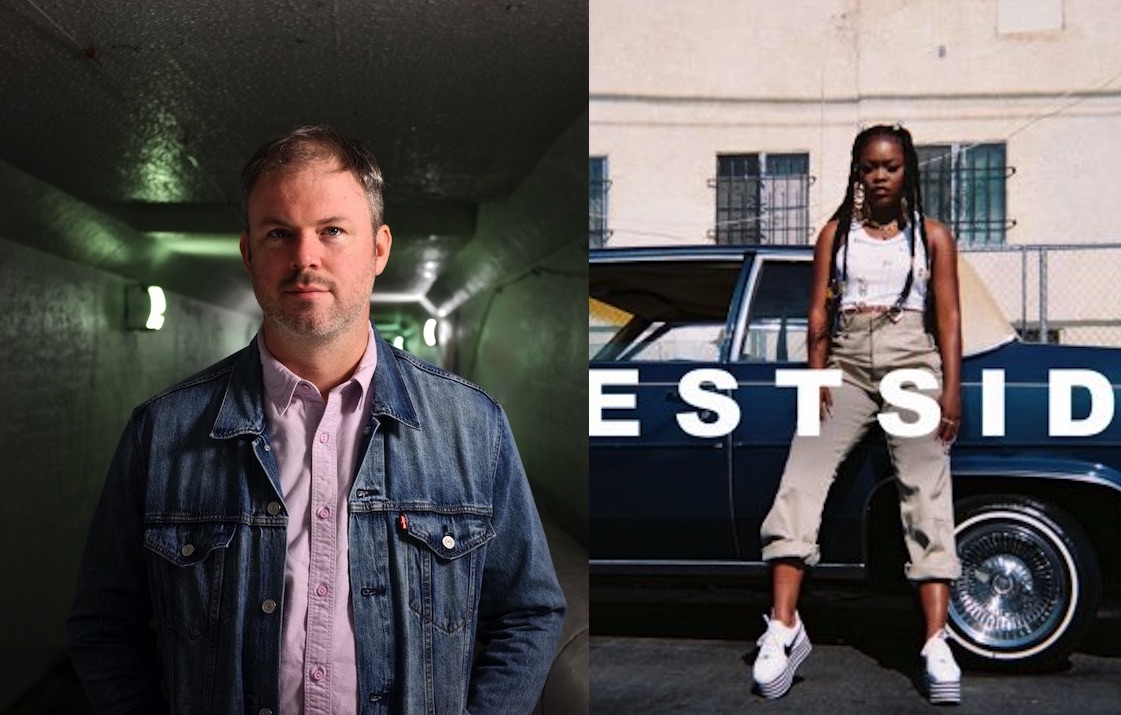 POSTDATA & Charm La’Donna among these press releases from November

Jungle Giants – ‘In Her Eyes’: I saw them at the Troubadour last year and I remember a very crowded, very exuberant high-energy show. This is a new track of The Jungle Giants, one of Australia’s biggest independent acts, and the first taste of their forthcoming new album, set to arrive in 2021. With a steady beat and an airy falsetto, the light and funny pop song comes with a ridiculously self-absorbed video, directed by Melbourne-based filmmaker and regular collaborator Julian Lucas. Writer/producer/lead vocalist Sam Hales says of the song: ‘This track delves a little more into some of the themes explored on the upcoming record. It’s a song not only about being in love with someone, but also going deeper into self-love. Sometimes you gotta back your own horse.’ Lucas describes the video’s concept, ‘The music video is about a man’s narcissistic obsession with his own reflection. This manifests into a beautiful love story where he falls head over heels in love…with himself.’ Watch it here.

Raissa – ‘Crowded’: An emotional electro-pop song with a super catchy chorus evolving between reality and manga heroine. This is a new track and video from ‘HEROGIRL’ the upcoming debut EP of multidisciplinary London-based artist Raissa. ‘I made this video with my friend Flo (Florence Kosky), we both are big fans of Studio Ghibli and so when I told her I wanted to do my own version of the meteor scene in Howl’s Moving Castle, she knew exactly how to bring that to life,’ Raissa says. ‘In many ways, Herogirl is a reimagining of the heroines in Studio Ghibli films – so it’s a big reference and influence for the project as a whole and that shows in the visual aspects of HEROGIRL. The animator, Anthony Schepperd, who worked on ‘GO FAST BABY,’ did the animations for ‘CROWDED’ too, continuing with that part-anime part-live action universe that’s meant to make the fantasy and larger than life nature of the project shine through even more!’ ‘HEROGIRL’ will be out early next year via Mark Ronson’s Zelig Records/Columbia.

POSTDATA – ‘Twin Flames’: A melancholic then moody instrumentation with dramatic loud vocals bringing an almost Leonard Cohen gravitas to the atmospheric and weather-like vibe of this song by Halifax-based indie-rock POSTDATA. Paul Murphy, the man behind the project, explains: ‘This was initially an instrumental track. I think that’s all I was going for at first. Ali suggested slowing it down and maybe trying to do some spoken word over top.. I worked on it that night and made some headway. It took a couple of days to really work out the melody and structure of the lyric/song within it. Matt has a bit of a jazz background so we felt something free form on the drums would be cool.. his performance is the glue of the track for me… really brings it all together… Lyrically it’s about weathering storms. It’s a love song but also felt really poignant personally during full pandemic lockdown this idea of weathering storms. Enduring them. Inhabiting them. Becoming them.’ The song comes with a video, directed and animated by Christopher Mills and ‘Twin Flames’ LP will be out on March 5 via Paper Bag Records.

Savannah Ré – ‘Where You Are’: A modern soundscape and electro beats for sultry R&B vocals ranging over a few octaves and building an intimate and vulnerable atmosphere. This is a track from ‘Opia’ the new release of Toronto R&B songstress Savannah Ré, who was named Amazon Music’s Breakthrough Artist of the Month. ‘Opia’ celebrates the strength found in vulnerability. ’In order for me to get the body of work that I wanted to get, I had to dig deep. I had to do the work,’ shares Savannah, ‘I want to let people see me and connect with my music but for that to happen, I have to be my authentic self and that comes from introspection – it takes a lot of time and maturity to do that.’ The nine-track EP, released via Universal Music Canada, features a long list of collaborators, including her mentor, Grammy Award-winning producer Boi-1da who, along with YogiTheProducer (Kehlani, Jessie Reyez, Joyner Lucas), longtime Savannah Ré supporters Allen Ritter (Cardi B, Kanye West, Rihanna, Travis Scott), Akeel Henry (Ty Dolla $ign, Shawn Mendes, Roy Woods), Marcus Semaj (dvsn, Snoh Aalegra), Varren Wade (Ella Mai, Jennifer Lopez), Jordon Manswell (Mariah Carey, Daniel Caesar), Ozzie (Raphael Saadiq), Marcus Allen James (Ne-Yo, Ludacris) and Kyle Christopher.

Airpark – ‘DYW’: A psych-pop track, a dreamy sun-drenched vibe, with surfy guitars and fragile but fervent vocals, a bit reminiscent of the Flaming Lips at times. This is a single from the duo’s upcoming EP, ‘Quiet Type: an Intimate Collection of New & Old,’ due out early next year, Via Eugenia Hall Records. Featuring St Lucia, the track announces plenty of other collaborations for the EP, and an expansion of the Airpark sonic community and sound. Jean-Philip Grobler (St. Lucia) had this to say on working with them and producing ‘D Y W’: ‘It was an absolute dream working with Ben and Michael of Airpark. We’ve been friends for a while now, and I’ve always loved their music and find they have an effortless knack for writing classic songs that feel like they’re already a part of the canon the first time you hear them. They’ve supported my band, St. Lucia, on a few tours now, and I found that every night I’d hear them or see them play their songs just got more and more under my skin to the point of me actually becoming I’m sure slightly annoying coz I was more or less begging them to let me produce a record for them.  Finally, they relented’ […] ‘It was really fun and inspiring, we didn’t leave hating each other, and almost everything you hear in the final mix was recorded on one day. No edits, no tuning, just a bunch of people playing together and having fun.’

King Princess –‘PAIN’: In spite of its title, it is an upbeat and buoyant dance track, with big radio-ready poppy hooks. Produced by King Princess with Mark Ronson, Shawn Everett, and Mike Malchicoff, the song almost works like a happy carnival dancefloor and follows King Princess’ first new music of 2020, ‘Only Time Makes It Human,’ while, her 2019 debut album ‘Cheap Queen’ was released via Mark Ronson’s Zelig Records/Columbia Records to widespread critical acclaim. If the COVID-19 crisis permits it, she will support Harry Styles on the European leg of his world tour, in 2021.

Cole Anyway – ‘Tuesday’: A sprawling instrumentation with airy vocals fusing with the big sound of the track. This is the lead single off Cole Anyway’s upcoming interactive ‘Sitting With Stillness’ EP, accompanied by a video in collaboration with Canadian filmmaker and animator, Cole Kush (Mac DeMarco, Homeshake, Jerry Paper, Tim and Eric). ‘Sitting With Stillness,’ out January 29, is the debut 4-track EP from this multi-instrumentalist, video editor, and sound designer: ‘The EP is inspired by the idea of sitting with the feelings that arise (especially when doing something like releasing music) and just letting them be.’ Cole Emoff (his real name) began recording in 2018, tracking all instruments and vocals except bass, for which he called on former bandmate Brett Banks of Brooklyn psych band Quicksilver Daydream. A fanatic for detail, he spent endless hours tweaking the songs before deciding to embrace the unpredictability of the creative process. Upon this realization, he sent off the songs to Adam Lytle, frontman of Quicksilver Daydream, for mixing and Jonny Schenke (Parquet Courts, The Drums) for mastering. Ever-inspired by the potential of music and visuals together, Emoff recruited filmmaker/animator Cole Kush to build an interactive video experience for the EP.

Charm La’Donna – ‘Westside’: A laid back R& B hip hop track filled with resilience for girls in the hood and positive energy coming straight from the streets. This is the new track and video of rising rapper, artist, dancer, creative director, songwriter, VMA Award-winning choreographer, and proud Compton native, Charm La’Donna. She already made a big impression with her debut single ’So & So,’ that Billboard described as ’tender,’ while LA Weekly predicted, ’plenty to look forward to as La’Donna makes the transition from behind the scenes professional to full-on musician.’ She charges uptight bars with empowered lyricism drawn from real-life lessons and accented by street wisdom and charm. With a knockout hook, she instantly captivates. For years, she has impacted the culture from behind-the-scenes, choreographing, and creative directing for the likes of Kendrick Lamar, Dua Lipa, and Ella Mai. Among many accolades, she appeared on Lamar’s DAMN. Tour and 2018 GRAMMY® Awards performance, she envisioned and executed the routines in Rosalia’s ’Con Altura’ music video, scoring the VMA in the category of ’Best Choreography.’ Now, she steps into the spotlight and takes a ride towards stardom with ’Westside.’