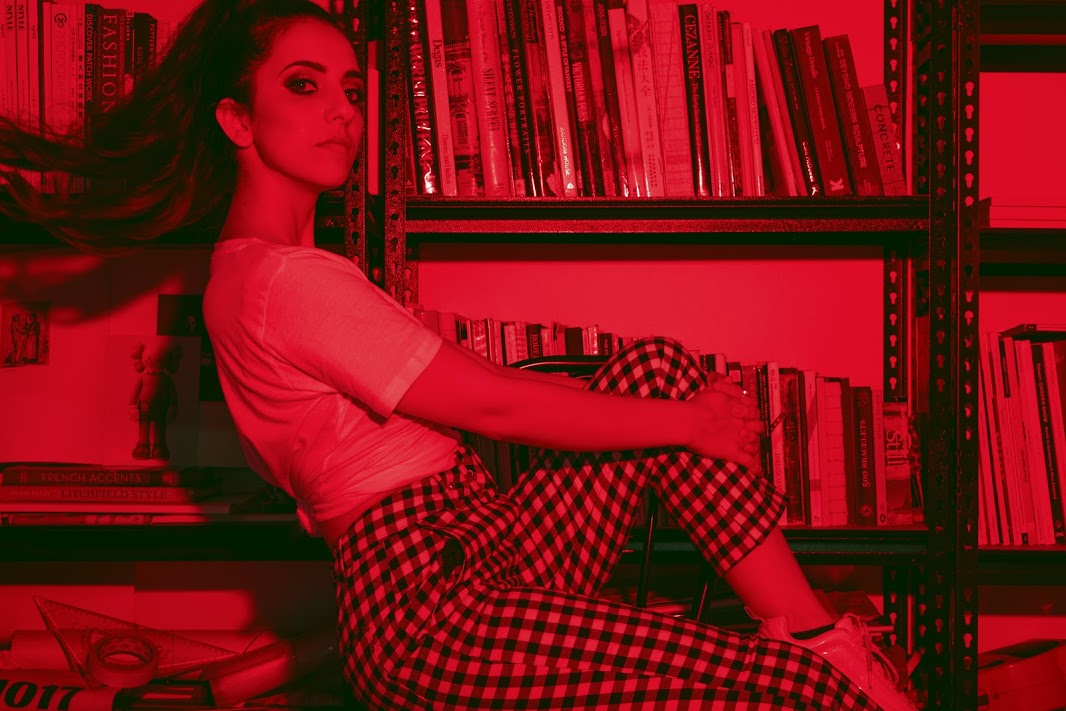 CHAII among the press releases from May – Photo by Evan Xiao

A new song from the Growlers, one of Juice WRLD’s last collaborations and a New Zealand/Persian rapper among the press releases from May

Atwater Punx – ‘Ghost Town’: A high energy disheveled track with piano lines thrown in the middle of punk chaos of beats and female-male voices. Atwater Punx is the brainchild of family duo Stacy (American Hi-Fi, Letters to Cleo, etc.) and Kristen Wagner Jones (Shut Up Stella, Bullet & Snowfox) and they make songs that they say are inspired by The Clash and Bikini Kill. ‘Ghost Town’ is the first single off their forthcoming EP ‘The Flea Draws Blood’ that comes out on May 28th.

Distant Cousins, featuring Lindsey Ray – ‘Here & Now’: A quiet and heartfelt folk song with acoustic guitar and boy-girl harmonies, or a sort of campfire song with a Mumford & Sons vibe, featuring Nashville singer-songwriter Lindsey Ray who has joined the trio. The song, which was written 2 weeks prior to our current safer at home restrictions, is about ‘recognizing how little we know of the future and appreciating the here and now,’ says Dov Rosenblatt. A ‘Here & Now’ video was recorded via Zoom, making the tune even more poignant. The song is the title track to the live visual album Here & Now recorded earlier this year in Los Angeles.

The Growlers – ‘Dream World’: An upbeat invitation with a sunny surf-rock California vibe, and overall a hooky pop song with a bright chorus and the familiar voice of singer Brooks Nielsen. Along with ‘Random Everyone,’ ‘Dream World’ was recorded following the sessions for the Growlers’ latest record, the 2019 ‘Natural Affair.’

G Herbo, featuring Juice WRLD, Lil Uzi Vert, & Chance the Rapper – ‘PTSD’: This hip hop track, which has gone gold, features G Herbo united with Lil Uzi Vert and his fellow Chicago luminaries Chance the Rapper and the late Juice WRLD. This is the title track of G Herbo’s latest release and his fifth studio album. The tone of the song is rather depressing and the last line cannot be more prophetic ‘I turn the news on when I smell death in the air.’ The song has actually become an homage to Juice WRLD, as lines like ‘I made it on my own, they said I’d be in jail or dead/ I’ve seen my brothers fall over and over again’ or ‘How the fuck I’m ‘posed to have fun? All my niggas dead’ resonate differently after the rap star’s death last December. This is probably why the song has received a cumulative total of 70 million streams and counting.

Altrostratus – ‘Persea Americana’: A sort of bossa nova jazzy start which soon takes metal guitar full accents for a long instrumental, that doesn’t take itself very seriously. ‘Persea Americana’ is titled after the Latin name for avocado and it shreds into a 7-minute prog-metal masterpiece with jazz escapes. The video coming with the song explores the emotional rollercoaster of an avocado man coming to terms with his inevitable death. This is the third single from Altostratus’ debut album ‘Complete the Connection’

John K – ‘6 months’: A pretty and dynamic voice (although altered as it is always the case these days) over a clear guitar with ethereal and spacey effects. The song has a cool summery vibe blending into a soulful feeling which seems to please many as, within two years, John K independently amassed upwards of 50 million streams. His debut album is due this summer.

LANY – ‘good guys’: Some synth-driven R&B vocals for an emotive pop song with a big hook as a chorus. ‘As soon as you say ‘I love spending time with you’ to someone, they figure something out and they’re not interested anymore,’ says frontman Paul Klein of the song’s meaning. ‘It’s like a challenge. You accomplish the task of getting someone to like you and they move on.’ The song, which comes with a video (here) is from the trio’s forthcoming third album Mama’s Boy’, a sweeping tribute to home, heritage, and Americana filled with songs that highlight what’s ‘symbolic of being an American kid.’ It is due out on Interscope Records later this year.

Tatiana Hazel – ‘In My Room’: A vibrant energizing electropop song with shades of ‘80s synth and dreamy vocals. The song, which was written, produced, recorded, mixed, and mastered by Tatiana in her room, is her 2nd single from the forthcoming EP ‘DUALITY’ set to be released in June via Downtown Records. ‘The song is about how sometimes bad things happen to you and it seems so terrible at the moment, but you later realize it needed to happen in order for better opportunities to come along,’ she explains. ‘It’s also about manifesting your dreams into existence as I mention in the line, ‘at least one of my dreams is gonna come true, and if you aren’t there to see it I hope you’re happy for me.’

CHAII – ‘Trouble’: She is a rapper with New Zealand/Persian origins and the song bends many genres with an icy and commanding delivery, hip hop production, cascading drum patterns of Iranian inspiration, and sonic glimpses of CHAII’s Middle Eastern childhood. ‘The song represents strength, having fun and having your friends and family with you,’ says CHAII. It comes with a video that captures her life as a kid growing up in Iran.

The California Honeydrops – ‘In The Air’: A light and fun song with an undeniable 70s sunny vibrant vibe and an old-school soul completed with horns and warm vocals. The single is the California Honeydrops’s first new music since 2018, which saw the band releasing a double LP, ‘Call It Home.’ In 2016 and 2017 the Honeydrops supported Bonnie Raitt on her North America release tour, and in the past, they have also toured with the likes of B.B. King, Allen Toussaint, Buddy Guy, and Dr. John. If you listen to the song you will understand why.