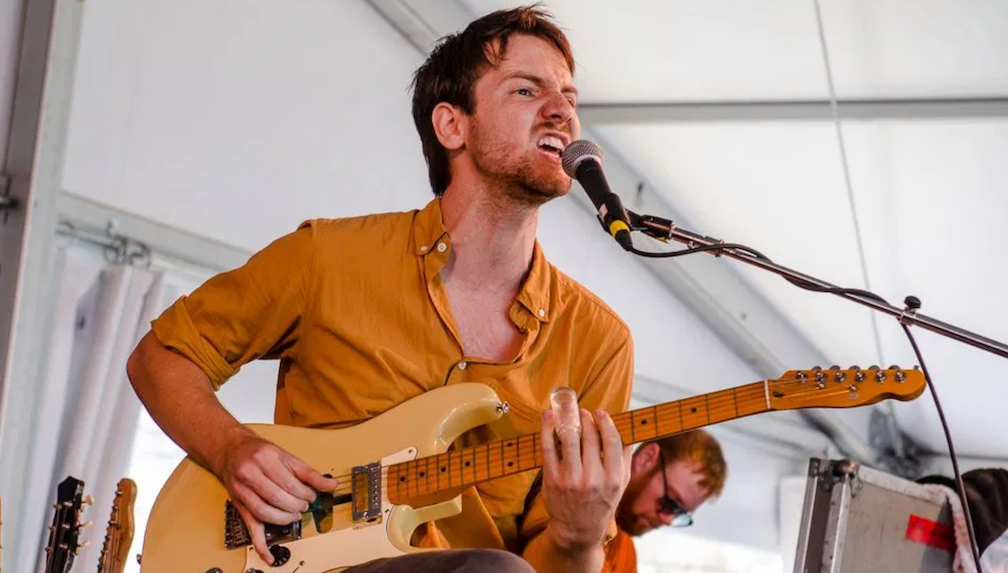 New songs from artists Blake Mills and Australian Peter Bibby, plenty of novelties, and a sweet one for Mothers day by young Daniyel among these press releases from May.

¿Téo? – ‘UNI2’: An angry and aggressive flow over hip-hop-infused Latino beats and kaleidoscopic cumbia-esque dancehalls. This is the new single by Colombian-American actor-singer-songwriter ¿Téo? which brings a real fluidity between genres and styles. ‘UNI2’ translates to ‘UNITED (Unidos),’ the multi-talented artist explains. ‘I’ve lived with the song for over a year, yet it seems like it couldn’t be more relevant to today. I feel like the meaning continues to evolve, but the song provokes the feeling of coming together and the sentiment was to bridge a language barrier that too often disconnects us.’

Peter Bibby – ‘Oceans’: With a start like a missile attack, the fun buoyant garage-rock song is delivered by a man getting ready for his last battle and a fight for his life. ‘Oceans,’ from Australia’s Peter Bibby, will be buzzing into your ears while putting a smile on your face. ‘‘Oceans’ started out as a little sea shanty-esque poem scrawled on a piece of paper about going mad in the middle of the ocean. With the help of the Dog Act, it soon morphed into a fairly raucous tune. I used vibrato on the guitars to give it a wobbly seasick kind of sound, and we had some mates join us in the studio to sing along and clink beers together in the final chorus to give it the vibe of a pack of people getting drunk on a boat. As far as I recall, it is the only song I have written about losing one’s mind out at sea,’ explains Bibby of the song which comes with a video ‘here.’

Blake Mills – ‘Vanishing Twin’: Subtle pulsing electronica and waves of percussion wrap Blake Mills’ intimate and murmur-like vocals. The song progresses in tension with a captivating complexity and layers of distorted strings, guitars, and keys like an Andrew Bird composition, looking for unexpected places. The track, which comes with a video here, is from Mills’ new album ‘Mutable Set,’ described as a ‘soundtrack to the emotional dissonance of modern life,’ and features a cast of remarkable musicians such as Aaron Embry on keys (Elliott Smith, Edward Sharpe and the Magnetic Zeros), Sam Gendel on saxophone (Vampire Weekend, Moses Sumney), Rob Moose on strings (Alabama Shakes, Bon Iver), Abe Rounds (Meshell Ndegocello, Andrew Bird) on drums and Pino Palladino (The Who, D’Angelo) on bass. Mills has collaborated with plenty of artists such as Fiona Apple, Alabama Shakes, John Legend, Sara Bareilles, Jay-Z, Laura Marling, Phoebe Bridgers, Randy Newman, Perfume Genius, and ‘Mutable Set’ is out now via New Deal Records/Verve and the song

Call Me Malcolm – ‘Wake Up, The Monster Said’: A ska bending-genre song with punk energy, an anthemic chorus delivered with a ferocious but melodious tone and plenty of glorious horns. The track, which comes with a video here, is from the new album ‘Me, Myself, and Something Else’ by UK Ska/Punk 5-piece Call Me Malcolm. They have recently signed to Los Angeles-based label Wiretap Records, and the new album comes on Friday, May 15th.

Kacy Hill – ‘Unkind’: With whisper-like sweet vocals floating above electro-light beats, Kacy Hill tells the story of ‘falling deeply in love and knowing that it may not last forever.’ ‘It is the hope that even if we move on from one another, there can still be kindness and love in that move,’ she adds. If her voice transforms over the course of the track, her aerial style gives a vaporous vibe to her pop song. This is another track from ‘Is It Selfish If We Talk About Me Again,’ her forthcoming second album slated for release on June 19.

Love Ghost – ‘I’ll Be Fine’: Dark, grungy guitars and hard electronica habit the strange song while reverb vocals slowly emerge from a dense fog. There’s a lot of somber melancholia and even angst in this introspective new single with complex textures written by Los Angeles band Love Ghost to honor Mental Health Awareness Month. ‘I’ll Be Fine’ is a song about depression and isolation,’ said Love Ghost frontman Finnegan Bell. ‘It’s about when you’re so alienated that the only person that can tell you, that you’ll be alright, is yourself. I hope this song helps people that are dealing with depression and can alleviate kids that are feeling like an outsider. I have felt very alone in the past, but that doesn’t mean that things can’t get better. I hope this song gives hope because mental health is a marathon. You need to work on it every day.’ The band plans on releasing two EP’s this fall.

Philmon Lee – ‘Memories’: With a powerful and very interesting vocal range, the song goes crescendo into light with an emotionally-charged tone and a warm background of voices and guitars. It’s certainly Philmon Lee’s voice which is the star of the show here, while emanating raw soul without a filter and a lot of fire, drawing inspiration from artists as diverse as Elvis Presley, Lynyrd Skynyrd, Post Malone, Lewis Capaldi, Sam Smith, Elton John, and Steven Tyler, just to name a few. New artist Philmon Lee has introduced himself with a pair of singles, ‘Memories’ and ‘Sunflower (I Refuse To Die)’ via Epic Records, and he is promised to shine in 2020.

Rock Mafia, DENM – ‘Good Morning Sun’: A sunny uplifting song, a ray of sunshine with reggae-ish rhythms, booming thanks to an eternal optimism by Rock Mafia (Tim James and Antonina Armato) and the help of DENM, who brings his OC vibes. This is the second track from their debut EP ‘Songs for the Eternal Optimist,’ out on May 22 via 12Tone Music.

Daniyel – ‘MOM’ – A loop of sweet guitar and a monochord hip hop tone for this song by rising recording artist and producer Daniyel. It is released just on time for Mother’s Day. The song is a love poem for his mother as the California-born, Portland-raised Daniyel Weissmann was raised by his single mother and spent large parts of his early years homeless, bouncing between shelters. He began to write his lyrics at the age of 7 and produced beats and recording by 13, and this new track follows his debut EP ‘Madison High’, released earlier this year.

Ellen Siberian Tiger – ‘If A Tree Falls in the Forest…’: With buzzing synth behind Ellen Siberian Tiger’s crystallin voice, the song explodes into distorted layers of psychedelic pop while her vocals continue to soar with a bold attitude.’’If A Tree Falls in the Forest…’ is a powerful song about queer longing and angst —  detailing how the world doesn’t always seem to have a space for queer people, leaving them to carve out spaces for themselves, often silencing and ignoring their voice.’ The song comes from her sophomore album, Cinderblock Cindy, out July 24th.