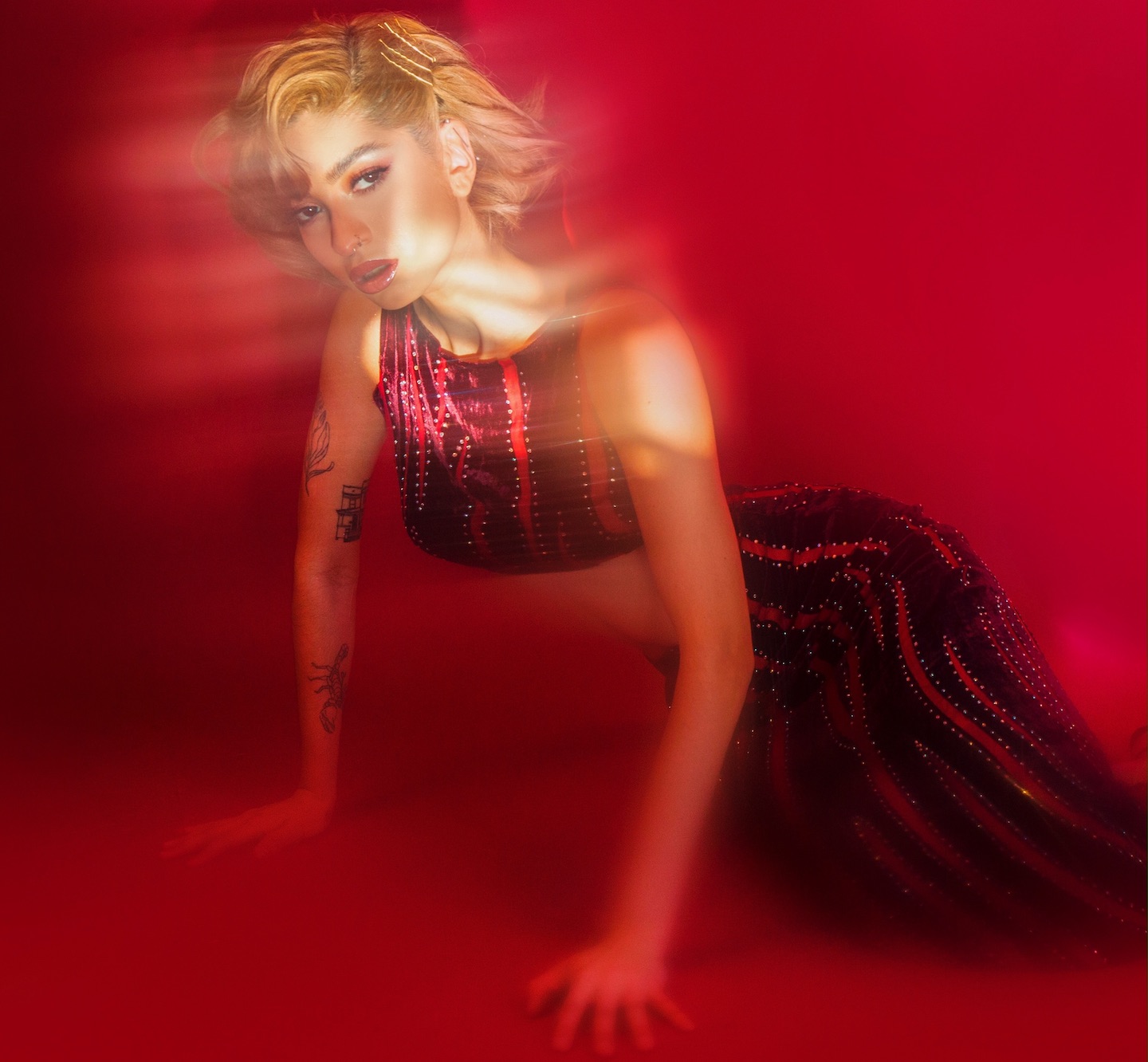 Tatiana Hazel among the press releases from June

A Mexican band pioneering the M-Pop genre, a Mexican-American LGBTQ songstress, and an alt-R&B artist celebrated for bending genres are among these press releases from June.

Ella Vos – ‘State of Emotion’: Light vocals above an electro-acoustic pop song. ‘State of Emotion’ is a snapshot of feeling overwhelmed in the lows and the highs,’ Ella Vos said. ‘I wrote this song shortly after discovering that I’m an ‘empath,’ or a highly sensitive person. Feeling deeply can be exhausting and scary, and oftentimes I find myself running away from this gift that allows me to connect deeply with others. In my work toward self-love and self-care I wanted to learn to sit with the uncomfortable and the different ‘states’ I find myself in, without jumping ship or trying to swim back to shore too soon. I hope ‘State of Emotion’ brings a sense of calm and rest to whatever state you’re in.’ The song is the latest from her highly anticipated second album ‘Turbulence,’ out July 31.

AQUIHAYAQUIHAY – ‘Tiempo Perfecto’: A self-described Mexican anti-boyband and a dreamy pop song with electro swirls and a hip hop/R&B production. You would not even think some members of the band are from Guadalajara, Mexico if they weren’t singing in Spanish. Going against the social norms of LatinX machismo culture, they are pioneering the M-Pop genre, and their upcoming EP is set for release in the Fall of 2020. Listeners can expect a wide range of new and surprising sounds.

Chief State – ‘Reprise’: An all-alarmed shouted pop-punk song with ringing guitars and plenty of energy. The track, that is pumping its urgency and inspiration from the 90s era bands, is a song from Vancouver, British Columbia Chief State’s latest effort, ‘Tough Love’ which will have a limited 12″ vinyl release after been released digitally in late-March.

David Cook – ‘Reds Turn Blue’: A pop song by American Idol winner David Cook delivered with fervor, conviction, powerful vocals, and a big chorus. ‘Reds Turn Blue’ is a reference to the manic highs (reds) and lows (blues) of anxiety, something David has struggled to cover come since his season 7 win on American Idol. If uncertainty is all around us, it’s also a hopeful song, as David told People Magazine: ‘This song became a therapeutic process for me, as a way to personify my anxiety and make it something other than me — which in an odd way has helped me navigate my relationship with it.’ This is the first new music David has released since 2018s EP ‘Chromance’.

In Parallel – ‘Bridge and Tunnel’: An almost industrial-electronica song for a band from Nashville, and a track built around a looped electronic drum sample and a few guitars. It is a song from In Parallel’s debut EP ‘Broken Codes’, as they are about to release a new EP ‘Fashioner’ on September 4th. With lyrics touching on themes of power, control, and human connection, they will continue their fuzzy dark exploration with shades of Depeche Mode.

Mia Ariannaa – ‘What Was I Thinking?’: A playful hip hop delivery on just a few notes. Mia Ariannaa actualizes a vibrant, visceral, and vital vision of her own her debut EP ‘I’m a good girl … do you believe me?’ with provocative lyrics and a seductive attitude. A self-made artist, she started to post freestyles, building up a following of almost 50K on Instagram and generating hundreds of thousands of views before signing to Rico Love’s Division1. Watch her video here.

Saiah – ‘HEART(BREAK)’: A scream which starts as a sad ballad and goes crescendo in intensity and punk anger. ‘Having a heart(break) isn’t that bad when you’re close to losing yourself and forgetting what loving yourself means,’ said Arizona-based Saiah about his debut single from his sophomore EP titled ‘Honest Red.’ The track features his voice up and front and a style of its own. Saiah has already released a few more tracks, his most recent one, “Polaroid” featuring Guardin, racking up nearly a million plays on Spotify alone.

Tatiana Hazel – ‘Right There’: A glitchy electronica with Tatiana’s ethereal voice, while the song evolves into a sexy and fascinating soundscape with a catchy melody. This is a track from ‘DUALITY,’ an 8-song avant-garde Indie Pop EP mostly written and produced by the Mexican-American LGBTQ+ songstress, who is also a producer and fashion designer. ‘I chose this song to start off the EP because of its optimism,’ explained Tatiana about the song. ‘I wrote the song about someone who I thought would always be there for me through the best and the worst of times, although they are no longer in my life now. Throughout the rest of the EP I go through highs and lows, but I always want to reset and remain positive and hopeful regardless of what I’ve been through, which I think this song captures perfectly. It was written, produced, mixed, and mastered by me.’

Saint Bodhi – ‘Cabin Fever’: A unique twist on R&B with echoes of African chants and an exotic production. This is the new single from alt-R&B Saint Bodhi, who is celebrated for bending genres. When speaking about a previous release, she told the Fader, ‘’Flowerchild’ Is an Introduction into my dark and beautiful mind and shows you some of my childhood struggles. It is me in all my gorgeous, beautiful, fucked up glory.’

Kill Lincoln – ‘Confession Obsession’: a dynamic recklessly fun ska song from Washington DC Kill Lincoln’s first new LP since 2015. The horns are big and bright on this one, while the tempo never slows down, Kill Lincoln are known for blending no-bullshit ska-punk with addictive rock anthems, throwing in the energy of a basement hardcore show for good measure. ‘Can’t Complain’ will be out August 7 on Bad Time Records.